Good ski underwear is essential for winter sports. Morning sun, fresh powder snow, the first gondola up to the mountain: after all, the anticipation of such scenarios knows no bounds when we clamp our skis or snowboard under our arm to experience a perfect day. But in addition to the infamous "boards" that mean the world, we also need other equipment such as ski poles or ski boots to take off on the slopes. In the list of ski and snowboard equipment, however, one item of clothing of the highest relevance is sometimes neglected: ski underwear - in other words, the combination of functional vests and pants. The most elementary protection against the cold, lying on the skin. 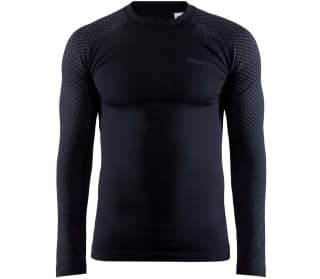 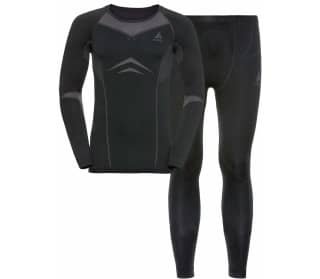 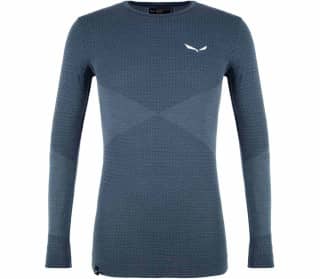 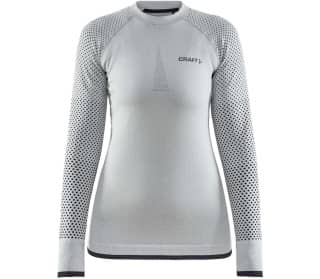 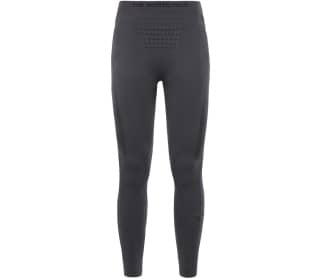 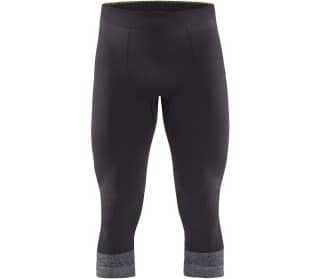 You might ask yourself why you need special ski underwear and why normal underwear is not enough for this wonderful sport. The answer is quite simple: ski underwear is the layer of clothing for winter sports that lies directly on the skin. It ensures that your body is kept as dry as possible when skiing, ski touring or snowboarding downhill, despite the exertion and the associated sweat production. Compared to standard cotton underwear, ski underwear is designed to ensure optimal moisture transport to the outside. The tight, yet comfortable fit of ski underwear for men and women protects your body from the perils of winter. In our range of ski underwear, for example, you will find both functional shirts and warming longsleeves as well as the famous long johns.

What are the concrete advantages of ski underwear?

Of course, skiing or snowboarding requires several layers under your jacket. Only ski underwear is not enough. Keyword: the onion principle. But: ski underwear forms the basis for you to experience optimal temperature regulation during your adventures on the mountain. Thanks to premium ski underwear, you won't freeze, but you won't overheat either. Regardless of whether you opt for ski underwear made of synthetic fibres or prefer products made of merino wool, and regardless of which manufacturer appeals to you the most, the effect is generally the same: unlike cotton, sweat is transported away from the skin and outwards. Ski underwear and functional underwear generate that the body is cooled during sporting activities, i.e. the temperature is kept at a constant level. Thanks to their special materials, they also ensure that no unpleasant shivering occurs when exertion is reduced.

If you go into detail, you can also identify concrete differences between synthetic fibres and merino wool.

Are you planning to equip yourself with high-quality ski underwear online for your next winter holiday? Then you should rely on the numerous manufacturers with special expertise in this area. At Keller Sports we stock a wide range in our ski underwear shop from numerous premium brands that have made a name for themselves over the years and meet the very highest standards. Salewa, founded in Munich in 1935 and now based in Bolzano, has been striving to develop the perfect equipment for mountain athletes since its birth.

In cooperation with top athletes, the team at the sports equipment manufacturer researches innovative materials. These make life easier for enthusiastic hikers, skiers and mountaineers. This is also the ambition of the New Zealand company Icebreaker - according to its own information, the world's largest manufacturer of functional underwear made of merino wool. Since the developers are practically at the source of the coveted wool (New Zealand is one of the largest merino wool producers in the world), they know about the advantages of this material and how to process it.

Freezing and uncomfortable wear are definitely a thing of the past with Icebreaker. However, Salewa and Icebreaker only serve as examples here for a multitude of dedicated companies such as Odlo, The North Face, Peak Performance or Craft. They are all represented in our ski underwear store with their sophisticated products. And all of them ultimately pursue the same goal: to give their customers a pleasant time on the mountain and on the boards.

Whether you are a fan of bright ski underwear, prefer classic colours and whether you prefer synthetic fabrics or merino wool: in the ski underwear shop at Keller Sports we offer you a huge selection of ski vests and ski trousers from countless premium brands. You can buy the functional shirts and trousers individually or simply order a ski underwear set consisting of a top and pants online. We also have functional boxer shorts on offer. Order your warm companion for your winter holiday with just a few clicks. You can also regularly benefit from great discount offers on our ski underwear. Even better, you can combine them with our popular premium discount.