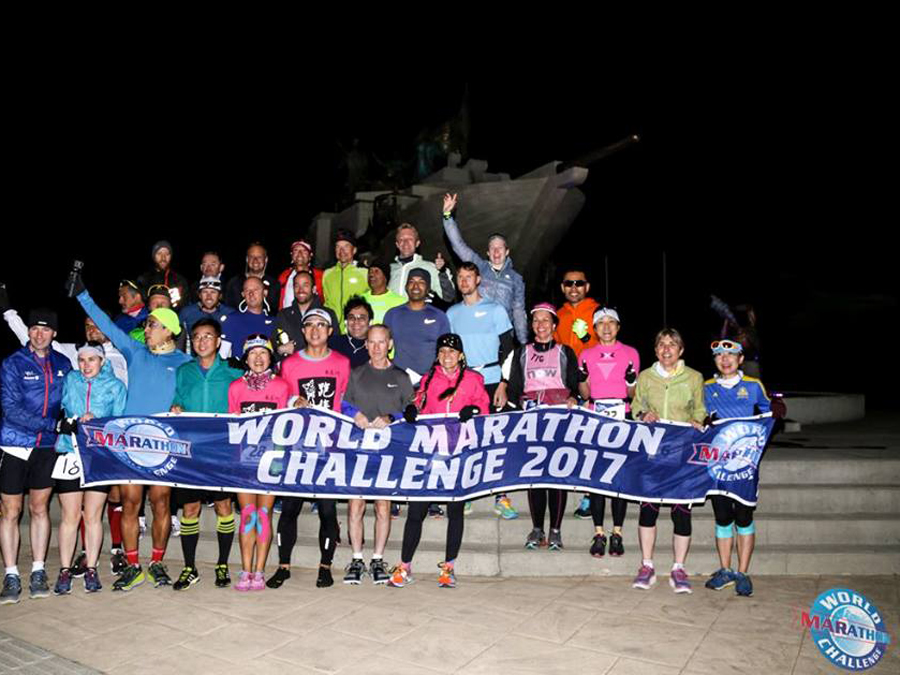 Alongside classic running events like half marathons and marathons there is also a whole series of rather different events. One of these is the Wings For Life Worldrun, another being the World Marathon Challenge - this has the crazy-sounding goal of running seven marathons in seven days on seven continents. This year, the event took place between 23rd and 29th January.

The very first run was already an extreme challenge. The marathon began at the Union Glacier in Antarctica, at approximately -20°C. It stretched 42.195 k over icy, snowy prairies. The participants must have enjoyed beautiful natural scenery, but running in these conditions must have exhausting at a whole new level. Apart from the temperature, you also have to get used to the fact that Antarctica stays light for 24 hours a day during the summer.

On the very same day, the participants moved on to the location of the second marathon: Punta Arenas in South America. Instead of running on ice, the athletes had to cover the same distance over hard cement. For the push-off phase, this is a better surface to run on, but you feel the effects of the hard terrain in your legs much more than you would with tarmac, for example.

The third marathon took place in Miami, USA - warm temperatures and cobbled streets for the next 42.195 k. After the race, everyone boarded the plane once again, only this time heading for Madrid, Spain. On top of physical exhaustion, the runners also suffered from jet lag and little or restless sleep. Another 42k, back on the plane, and off to Marrakech, Morocco, to follow the same program again.

The second-to-last stop, on 28th January, was in Dubai, in the United Arab Emirates. Winter in Dubai often reaches a temperature of around 30 C and, being surrounded by desert, it probably feels a lot hotter. Lots of kilometres and lots of water later, the runners managed their 42.195 k. The last run of the World Marathon Challenge was in Sydney, Australia. The participants followed the ocean coastline along Manly Beach until they reached the finish line. We have the greatest respect for all the runners who took part and actually completed the challenge. Hats off to you!

THIS IS THE ADIDAS ULTRABOOST UNCAGED PARLEY

THE NIKE ZOOM SERIES DARKSIDE IN THE KELLER SPORTS STORE

SURPASS YOUR LIMITS - AVAILABLE FROM THURSDAY: THE NIKE ZOOM SERIES