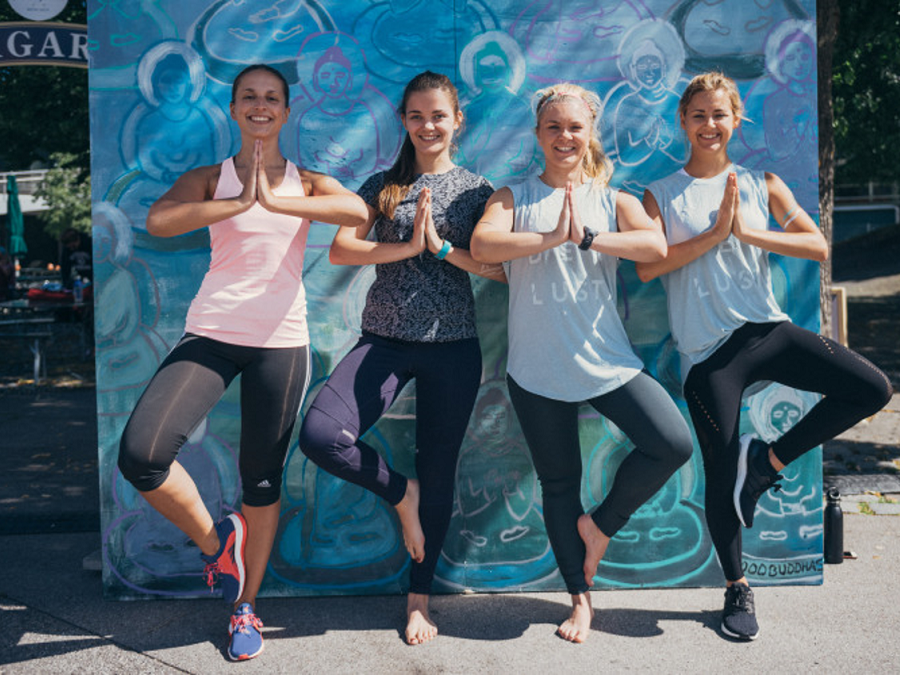 Some time ago, we wrote about the Wanderlust Festival in Munich. Read about it in this post. Did you go to the event?31 Our Keller Sports Pros Isa and Laura, from RunMunichRun, went to the festival and, after some initial scepticism, actually enjoyed the “Mindful Triathlon”. In this post, we’ll share their experiences of the event. Although running is part of their everyday life and yoga crops up more rarely but is not completely unknown to Isa and Laura, the third part of the triathlon consisted of meditation - an entirely new experience for both of them. “I like running and practising yoga… I could skip the meditation though”, says Isabell. The focus of the Wanderlust Festival is the community, not breaking new records. That’s why both pros ran the five kilometres in a relaxed way and in the company of two other runners from their community. 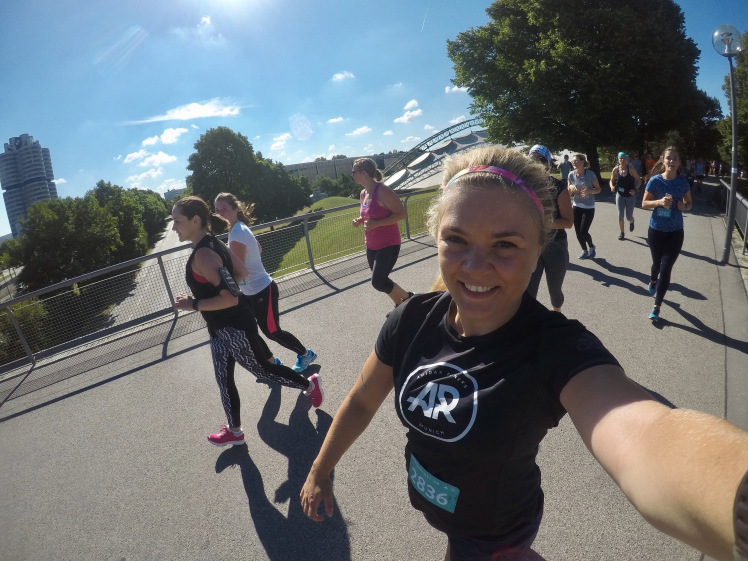 After a little pause and a short but very impressive introduction to Breakletics, they began a 75-minute yoga session. Initial doubts about practising yoga for a whole 75 minutes all evaporated thanks to yoga teacher Mady Morrison. “The most important thing is to listen to your body and not look at other participants”, said Mady. 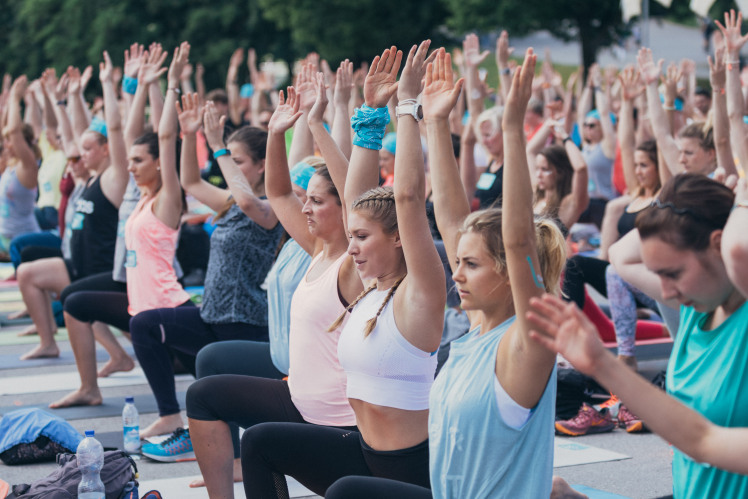 Although Isa has had relatively negative experiences in the past and was a little sceptical, the session turned out to be truly enjoyable and impressive. Fantastic! 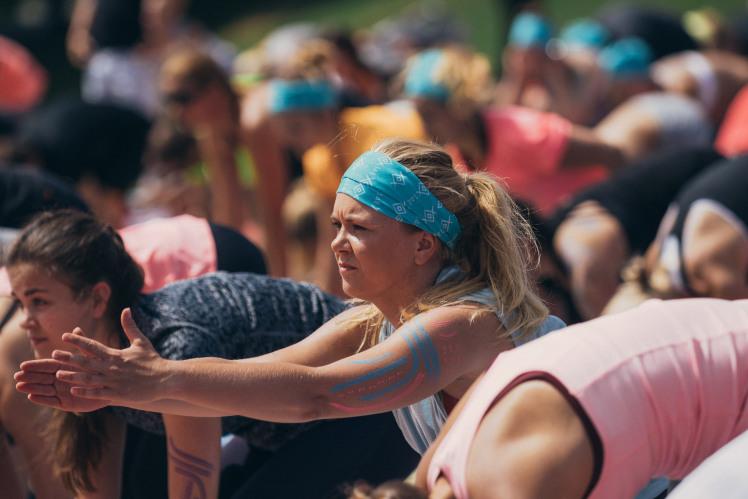 To finish off, participants had the chance to calm their minds through meditation. It sounds easier than it actually is, and Isa and Laura quickly found out that it takes practice to focus on yourself with such intensity. 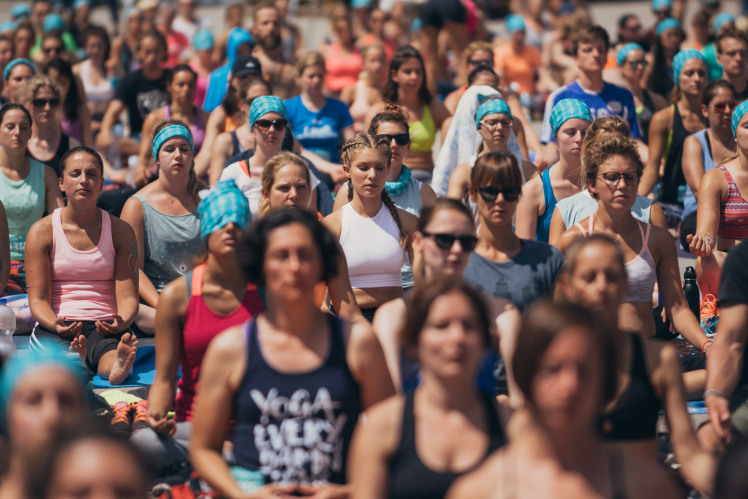 For those who, like Isa, hadn’t had enough with that program, the event offered all kinds of other training sessions to power up with. Laura went for something nice to eat instead and processed all the new experiences the day had brought her. The festival was a very enriching experience for the two runners and they enjoyed the fact that they’d done their bodies some good but, rather than concentrating on competition, they just focused on being together for a change. If you want to find out more about Laura and Isabell’s experiences at the festival, visit their blog at RunMunichRun. Do you want some new experiences in your life as well? It’s well worth it! Here you can find the upcoming event dates for the Wanderlust Festival. 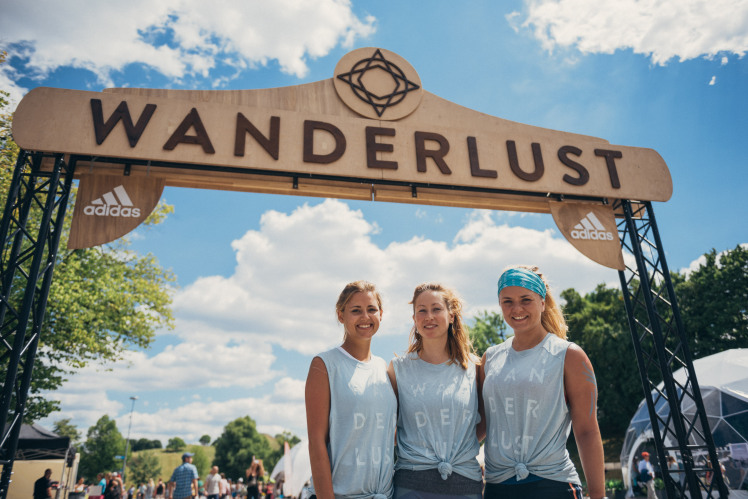 CURRENTLY IN THE KELLER SPORTS STORE - ALL ABOUT RUNNING