WHAT IS UNDER ARMOUR HOVR TECHNOLOGY? 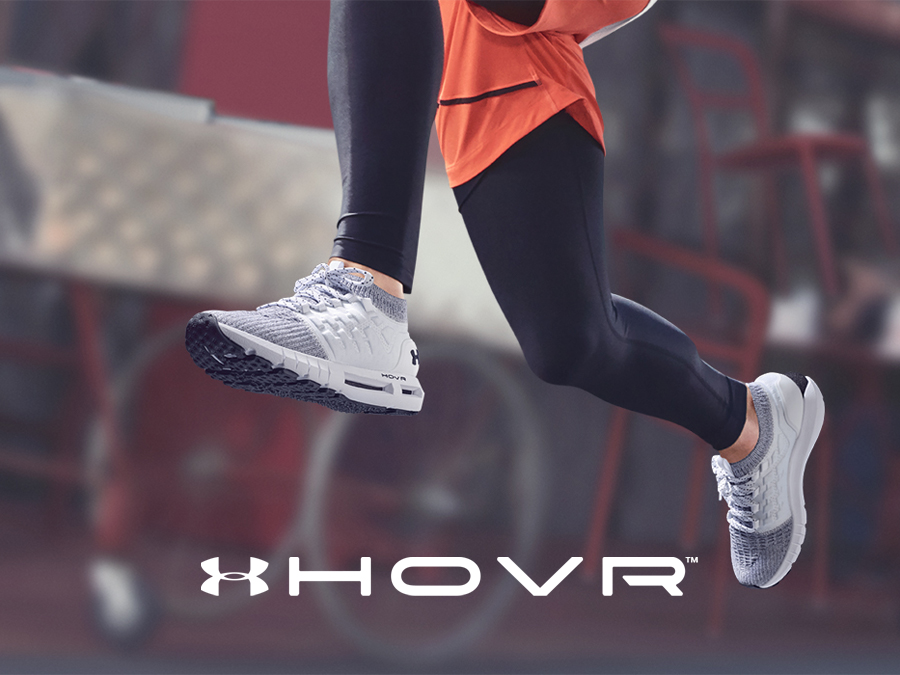 Similar to other brands, like adidas, ASICS and Nike, Under Armour is also in constant search for the latest cushioning technologies. The aim is to come as close as possible to the perfect combination of lightness, cushioning, energy return and durability. adidas got together with BASF to create BOOST material, while ASICS and Nike independently developed FlyteFoam and React technologies respectively. So, what about Under Armour?

The American sports brand has taken a similar path to adidas. By teaming up with one of the biggest chemical companies in the world, Dow Chemical (which merged with DuPont to form DowDuPont), Under Armour has had the opportunity to research a brand new material. The result of this work is an extremely light and soft foam - very much like the material used to insulate aeroplanes. However, the foam on its own doesn’t return any energy during a run and isn’t particularly hardwearing. Under Armour’s next step was to wrap the foam in so-called EnergyWeb, which prevents the foam from losing its shape. This means that any impact during a run is absorbed by the foam and instantly returned to the foot in the form of energy. We usually refer to this impact absorption as cushioning, and the returning of energy is described as reactivity. To ensure the sole is not only light, soft and reactive but also long-lasting, Under Armour added a third component to the new technology. Wrapped around the foam and its encasing EnergyWeb is a robust solid rubber outsole. This adds grip and robustness to the entire thing. These three layers, HOVR foam, EnergyWeb and rubber, are what makes up Under Armour HOVR technology.

The new colours of the Under Armour HOVR shoes

As is typical of modern running shoes, the Under Armour HOVR models were not just made for running - they double up as the perfect everyday trainers, as you can see from the new colourways. The discreet white-and-grey, grey-and-white and full black sports shoes are easy to combine with any outfit. Browse through our new Under Armour HOVR models now and test them out for yourselves. Whether you wear them for sports or everyday life, you’re sure to fall in love with these shoes.
DISCOVER THE UNDER ARMOUR HOVR MODELS NOW »

RÖHNISCH IN OUR STORE: SPORTSWEAR FROM A FEMALE PERSPECTIVE

HOW LONG DO RUNNING SHOES LAST? WHEN SHOULD THEY BE REPLACED?