TWO EVENTFUL WEEKS IN OUR STORE WITH RÖHNISCH

The last two weeks have been living up to the motto of "It takes a woman to know curves in action". With the Swedish brand Röhnisch, we’ve had exclusive women’s sportswear on offer in our store. During several events, we gave everyone the chance to try on and buy the new collection, as well as become active by taking part in running and yoga sessions. We also hosted a prize draw and exciting presentations - all with snacks & drinks! 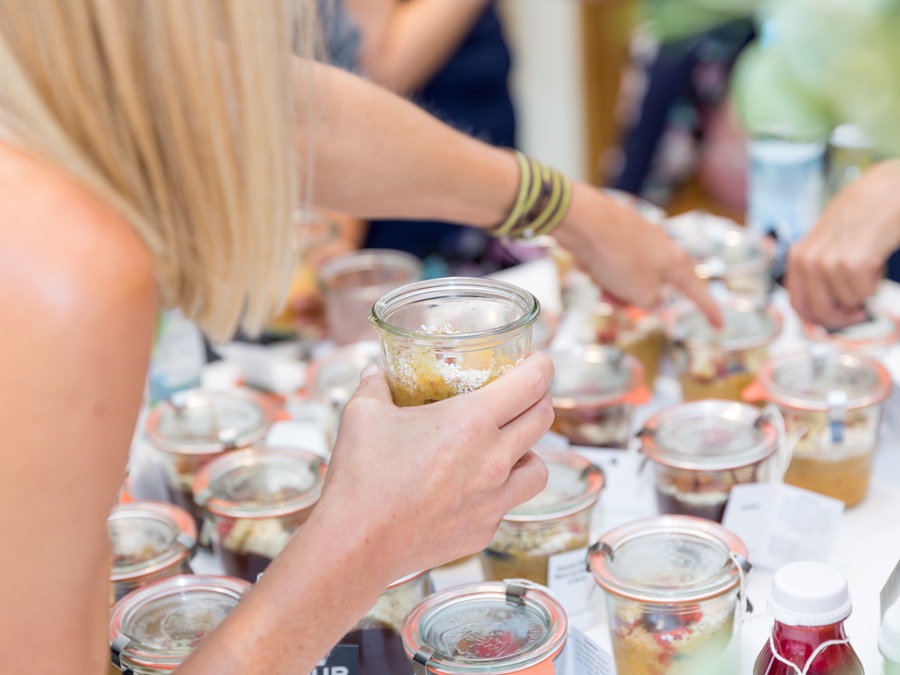 After a VIP inauguration on Tuesday, Wednesday continued the eventful fortnight with an after-work run with coach Lisa. We had a soaking wet first week, literally, but despite the heavy rain, we gathered a small group of people that wouldn’t let anything hold them back. After all, there’s no such thing as bad weather - only the wrong clothing! The stretching exercises after the relaxed 7 k run were done in the store. The second week brought us some perfect running weather, so we enjoyed the company of a larger group! 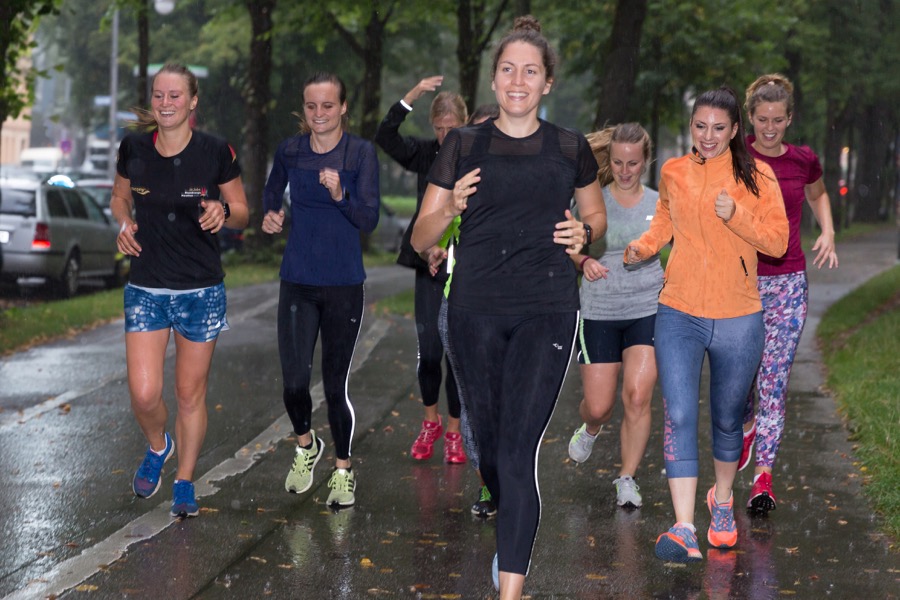 On Thursday, we also hosted some popular after-work yoga sessions with instructor Tanja Krodel from Studio. 12. For this event, in just a few minutes the store was transformed into a yoga studio for 12 ladies lucky enough to get a place at this sought-after opportunity. The action taking place inside the store drew in some curious passersby. 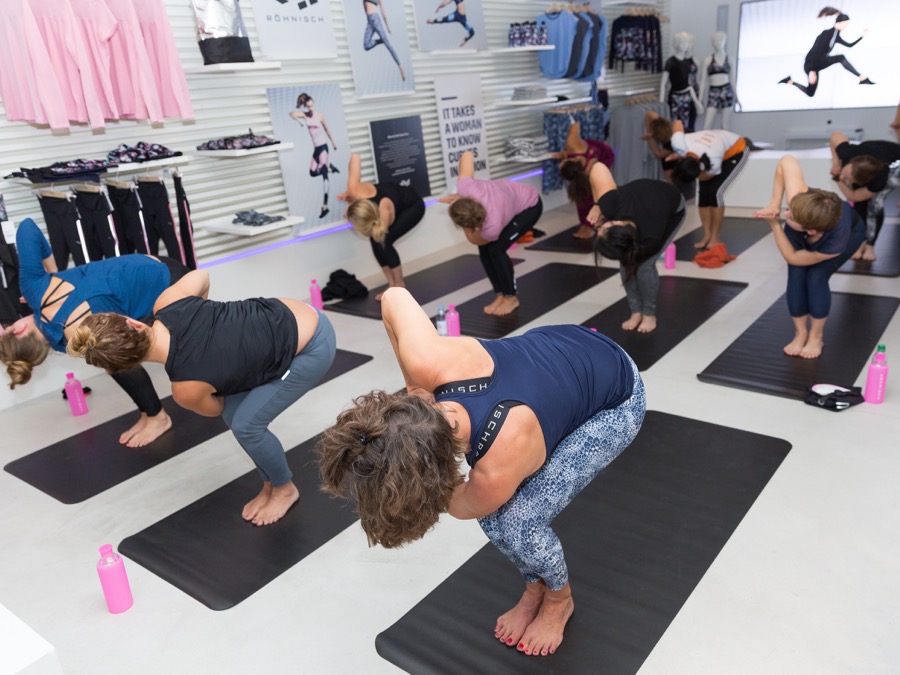 After the yoga sessions, there were presentations every week on very interesting topics. Anja Riesenberg from Studio. 12 told us everything about healthy nutrition and also answered some important questions, such as what, how and when we should eat. She also showed the attendees what foods are the best providers of carbohydrates, fats and protein. Her conclusion, though, was that there are many different approaches and views on the topic of nutrition, so it’s impossible to define what a healthy diet is. The most important thing is to have a balanced diet. Try it yourself: eat 100 different types of food in a week! 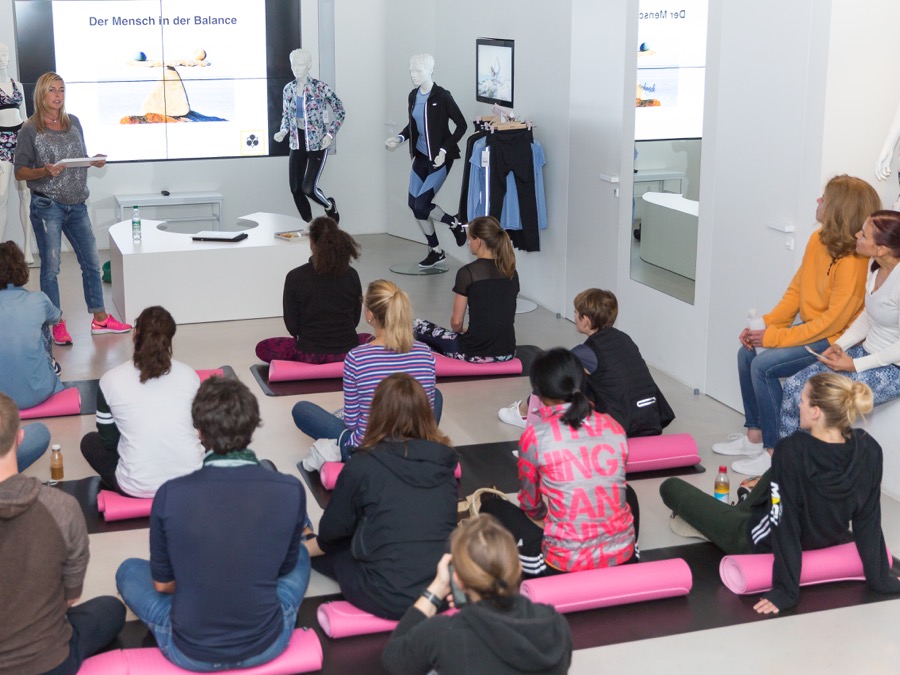 Even during Marion Grillparzer’s presentation of her book “Smart Aging”, nutrition played an important role. But she also gave the audience advices how to stay young - not only with clever eating, but also with energy exercises for every day! In her new book, she tells you about the 155 healthiest recipes in the world!

Last but not least, the Shopping Night took place on Friday 8th. Everyone had a sip of wine and a bite to eat while trying on clothes and shopping - it was well worth coming! 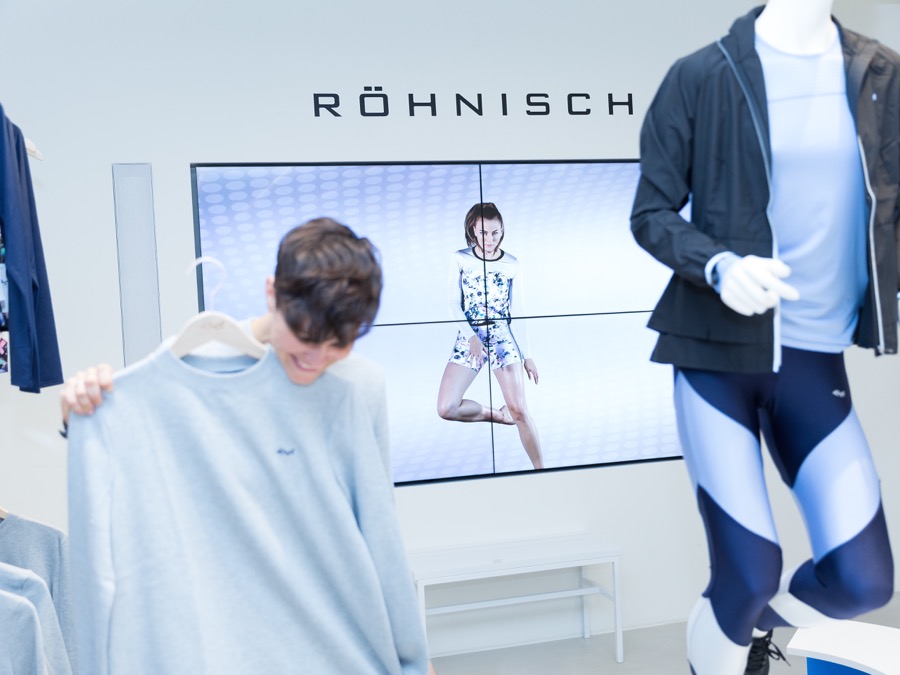 Saturday 16th is your last chance to visit the store and try on (and maybe buy) stylish tights, tops, bras & co. from the Röhnisch collection.

We look forward to seeing you there!

NIKE LOOKS 4 YEARS INTO THE FUTURE WITH THE FLYKNIT RACER

THE CASTELLI SCORPION IS BACK - IN PINK