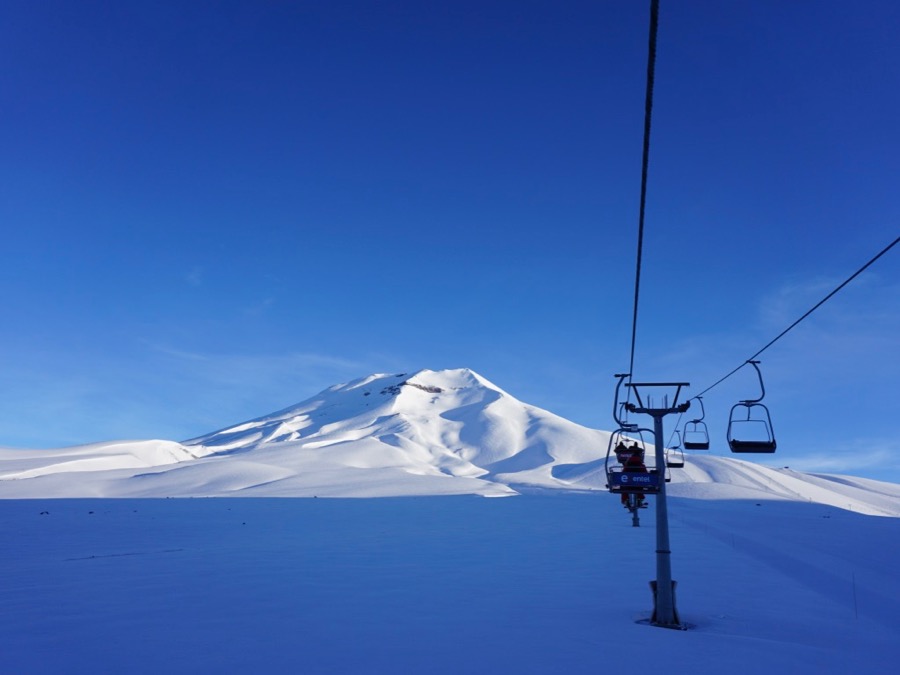 Untouched slopes, wild nature and fresh powder… the perfect picture of an unforgettable freeride ski trip. On Thursday 22nd December 2018, we teamed up with Peak Performance to take you on a journey through three continents - Scandinavia, South America and Asia - to three very special freeride resorts! Our guests of honour were Freeride World Tour Qualifiers participants and Peak Performance athletes Birgit Ertl, Tao Kreibich and Michael Strauss. The three of them told us all about their impressive freeride destinations and explained what makes them so special. Have a read through the three athletes’ reports on their freeride experiences and you might find inspiration for your own freeride adventure.

Freeriding, mountain biking and surfing in Chile with Birgit Ertl 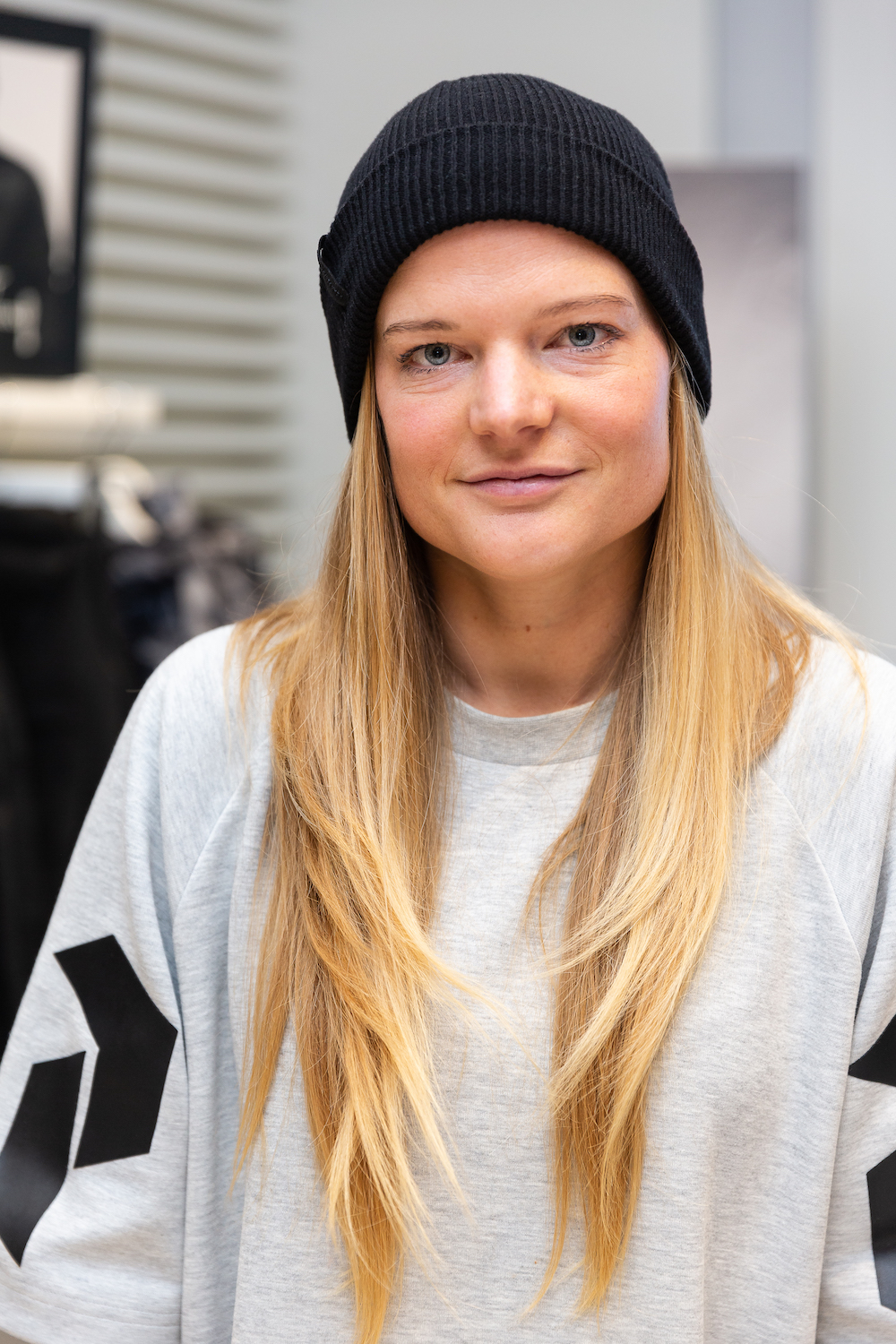 If you’re planning a skiing trip with specialist freeride skis, Peak Performance athlete and Freeride World Tour Qualifiers skier Birgit Ertl recommends heading to Japan, the US, New Zealand or Chile. “I would never have imagined that Chile would be even cooler than Norway or Japan - I’ve been to all three of these countries and think every single one of them offers something special and unique. What makes Chile stand out, though, is that you can do absolutely everything during the winter months: Surfing, biking and skiing all in the same season. The variety of mountain landscapes there is also very impressive. In the Andes near Santiago, you’re talking mountains just under 4,000 metres. Go further south and you’re skiing down volcanoes - many active ones, at that!” 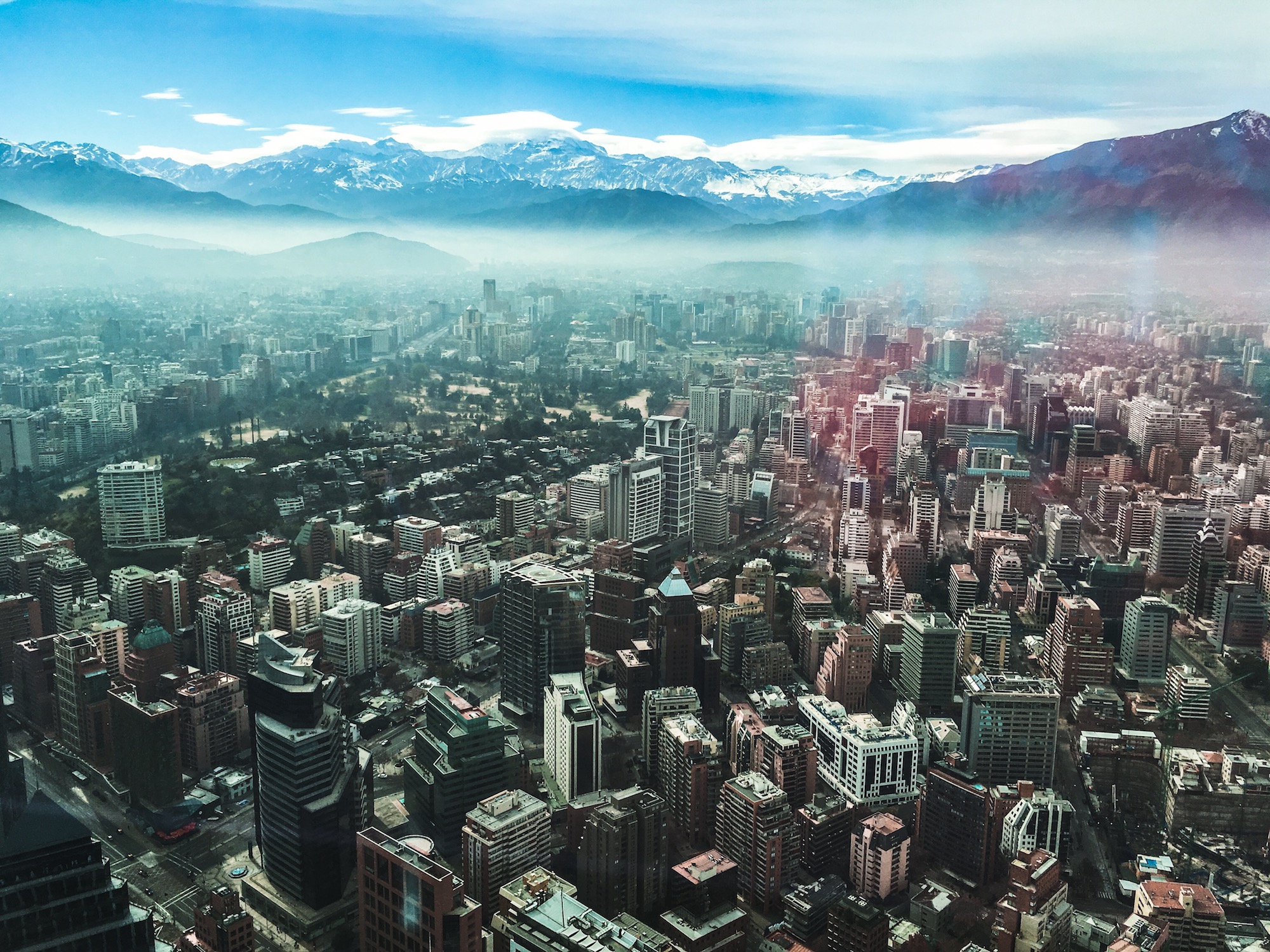 Apart from the right equipment for all of the sports you want to practice, the Peak Performance athlete recommends watching out for one other thing too: “If you don’t speak Spanish, you need to at least download an app to help you. English won’t get you very far”. Two experiences that stood out for Birgit were sledge skiing and volcano skiing. The Peak Performance athlete went sledge skiing in Cajon del Maipo, which is approx. 2 hours south-east of Santiago. There, she spent the day riding up the mountain on a Ski-Doo, leaving her trails in the untouched snow. “The volcanic eruption wasn’t quite as impressive as it looks on the photo. Apparently they closed the top lift because of it, but further down, everyone was skiing without a care in the world while the ash cloud grew bigger overhead. The Chileans clearly didn’t think a volcanic eruption was a big deal, but for us, it was an unforgettable experience”. 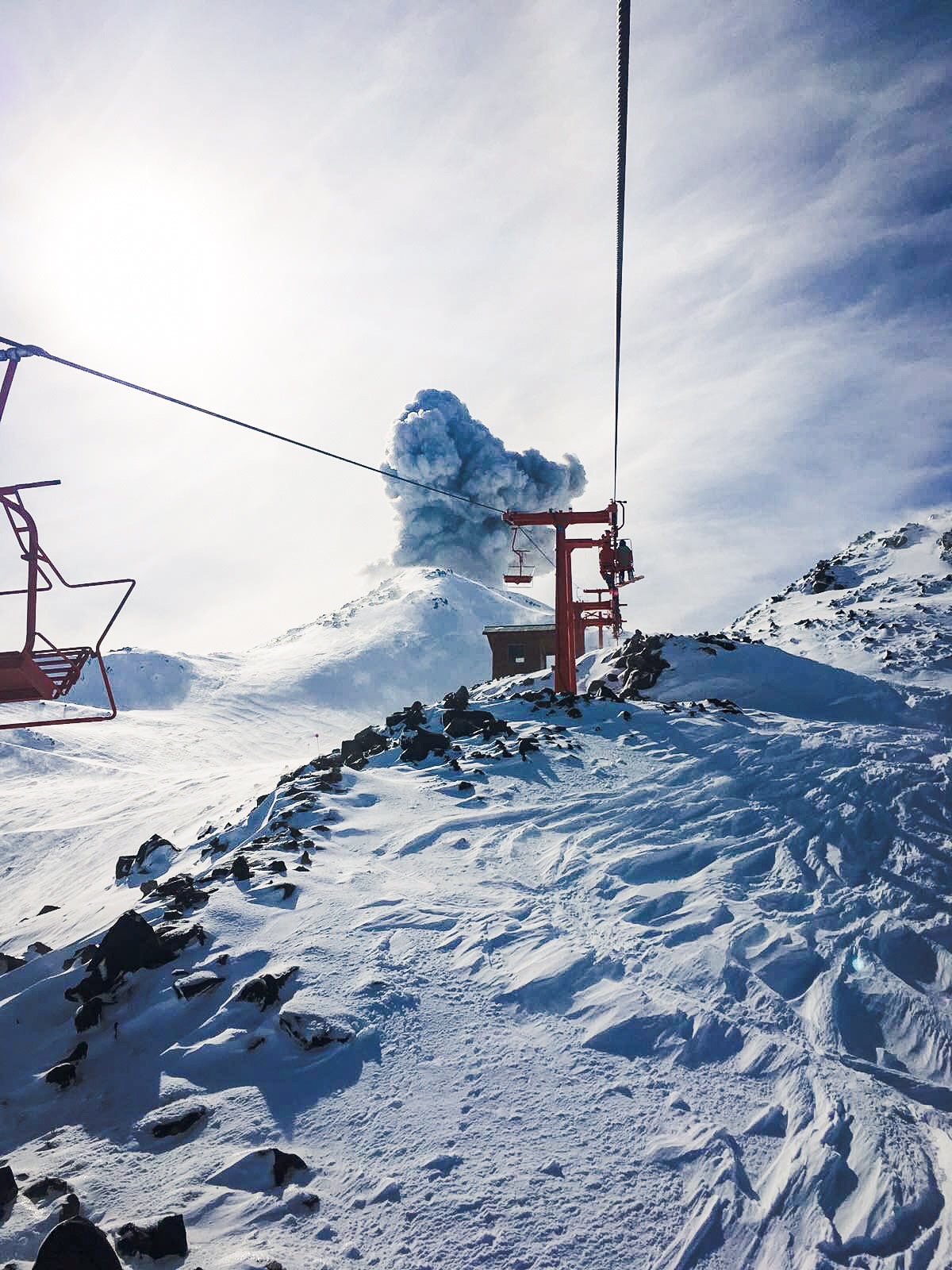 From a culinary perspective, this country left nothing to be desired either. “The food was very varied. You get a lot of international food in Chile. The one thing all Chileans recommended we try was the national drink: pisco!” Like the other two Peak Performance pros, Birgit enjoys taking part in the Freeride World Tour Qualifiers too. What she looks forward to the most is the Open Faces series and the XOVER on the Kitzsteinhorn “[...] because they’re without a doubt the best-organised contests, year after year”. 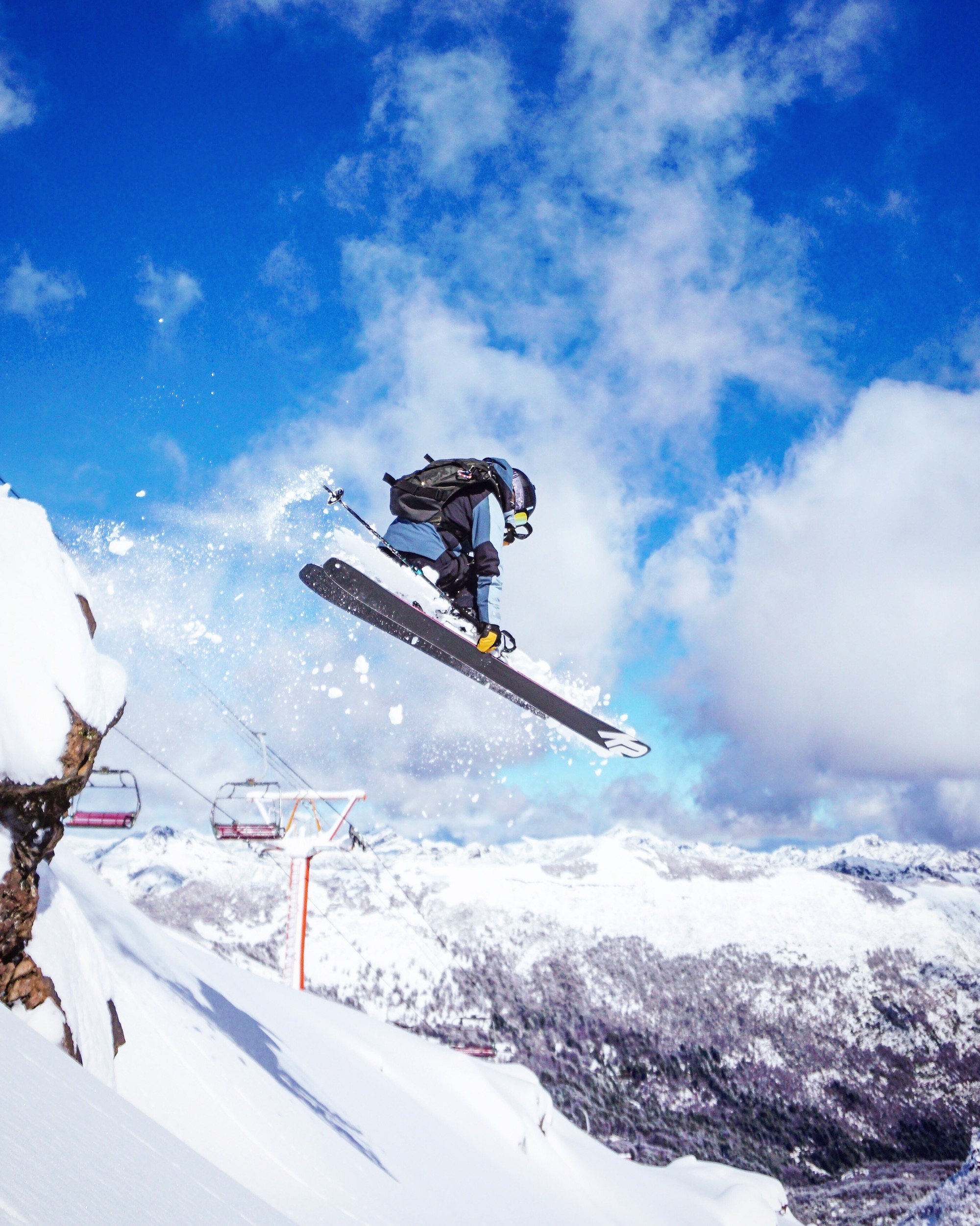 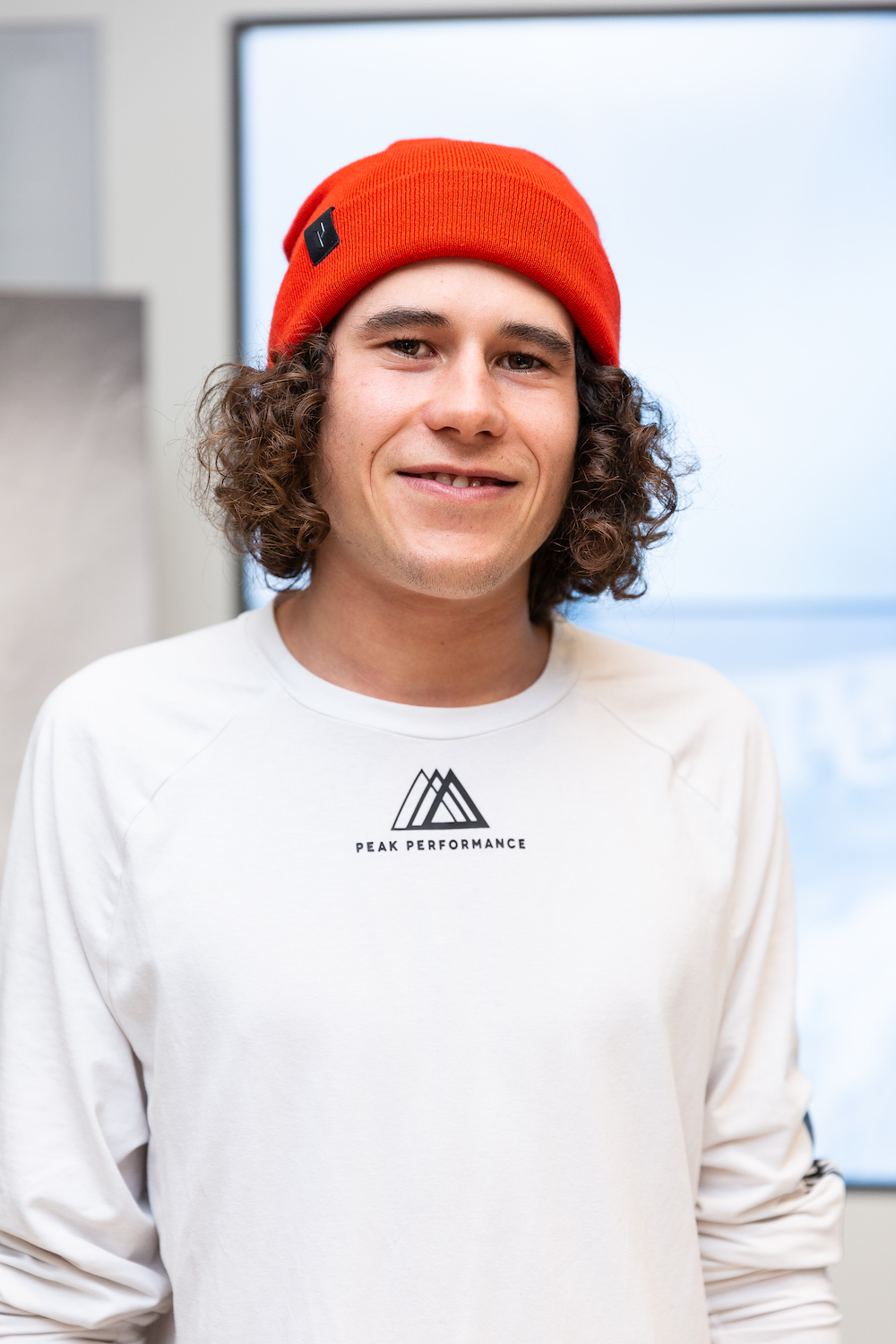 Peak Performance athlete and Freeride World Tour qualifier Tao Kreibich doesn’t believe in the existence of “the best country for freeriding”, but apart from his home areas of Vorarlberg and Tyrol, he also loves skiing in Norway and New Zealand. “I’m just too curious a person and I want to visit every place where it’s possible to freeride”, says the Peak Performance pro. 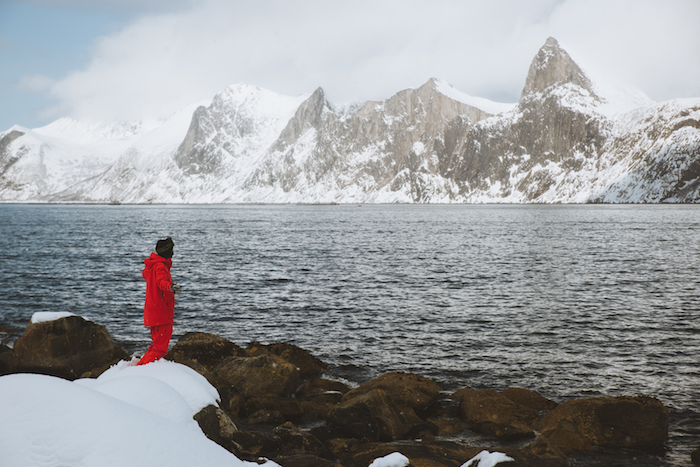 Photo: Mattias Larsson What impressed him most during his skiing trip to Norway was the fact that you can ski all the way down to the sea. “I’d never done that anywhere before”, he says. He then explored the Norwegian fjords in a very special way - by boat. Travelling by dinghy meant that he could be dropped off directly on the snow-covered slopes and begin touring straight away. Because of the location by the sea, the weather wasn’t always ideal, but that didn’t spoil the fun. “The most important thing during a freeride trip is the crew! With a good crew, nothing can really go wrong!”, says Kreibich. 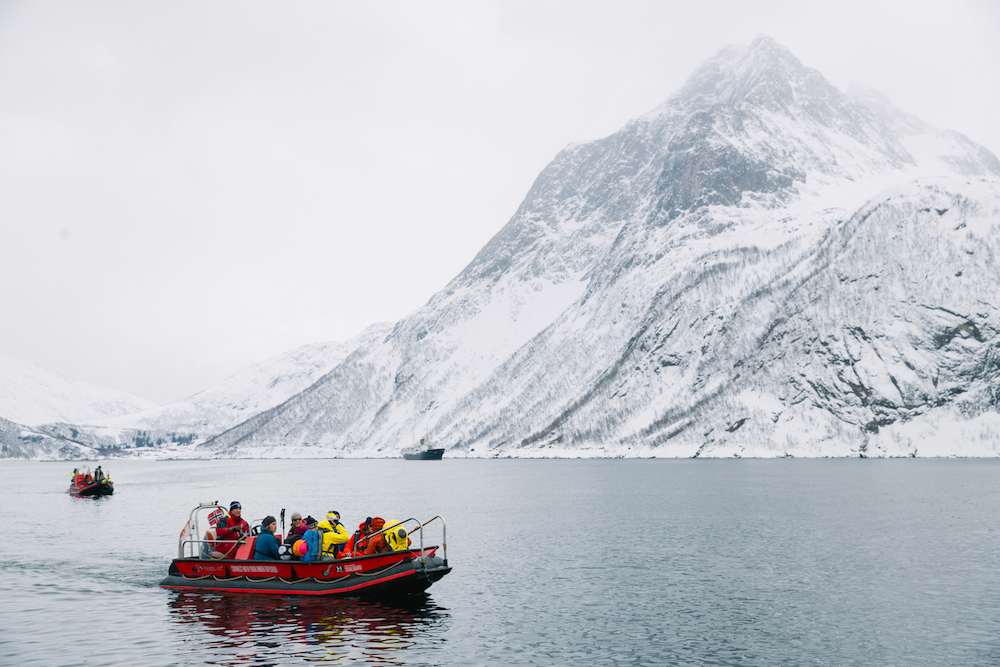 When it comes to food, Tao recommends one thing above all else: salmon, salmon, salmon! “It’s the best salmon I’ve ever tried”. When it comes to the Freeride World Tour Qualifiers, Tao particularly looks forward to his home contest at Silvretta Montafon, which has recently earned its 4th star. Tao couldn’t participate last year because he was at another 4-star competition. 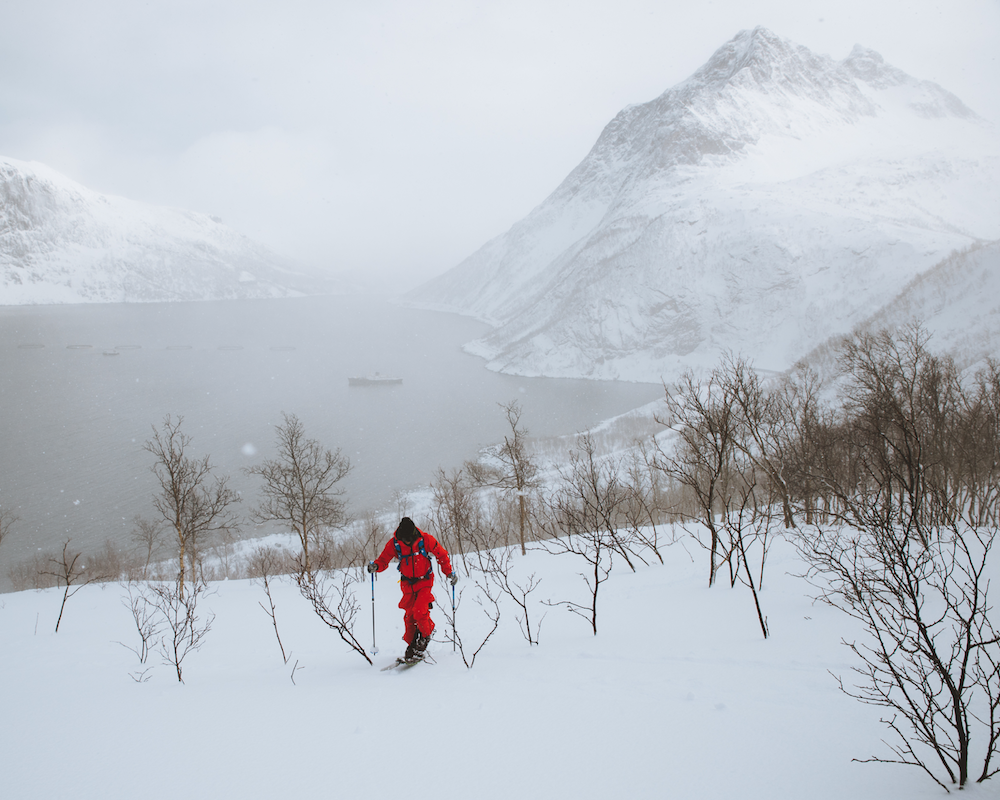 Photo: Mattias Larsson This Peak Performance freerider’s bucket list is very long! He has a lot of trips planned and he’s constantly finding out about new places he wants to visit. “In winter, I just follow the snow in the hope of finding a destination even farther away than the last”.

A skiing trip to Japan with Michael Strauss

This was our first time in Japan and nobody in the team spoke Japanese - that was just the start of the adventure for Peak Performance athlete and Freeride Qualifier skier Michael Strauss. The second part of the adventure involved transport… Fitting 5 athletes and their ski equipment in a little Japanese car was quite a squeeze. 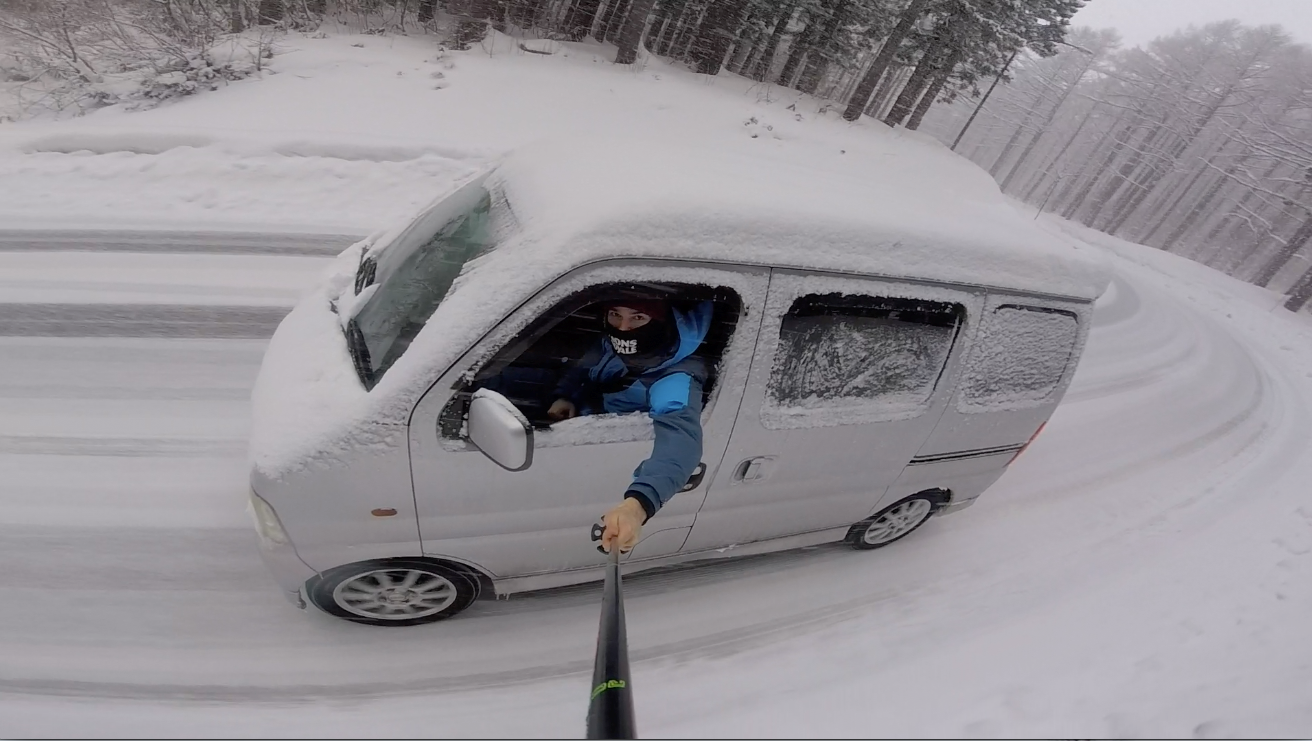 Because of the thermal activity in Japan, it’s very important to investigate a place thoroughly and weigh up the risk of a snowslide. For skiing off-piste, you’re expected to attend a short course. If you’re caught skiing in a closed-off area without your workshop attendance badge, you’ll have your ski pass removed. After that, at the lift exit, there’s a gate you must use in order to leave the marked pistes and explore the freeride area. Not using the gate can lead to breaking the law. Despite all of the security regulations, the thermal activity has had a wonderful effect on the Onsen après ski, making the thermal water an experience you really have to try before you go home! When asked what makes Japan stand out when compared to Chile and Norway, the Peak Performance athlete answered: “The snow quality and the sheer amount of it, of course!”. If you want to find vast amounts of snow, the athlete recommends visiting Hakuba, Tsugaike and Cortina - but make sure you wear ski pants with braces! 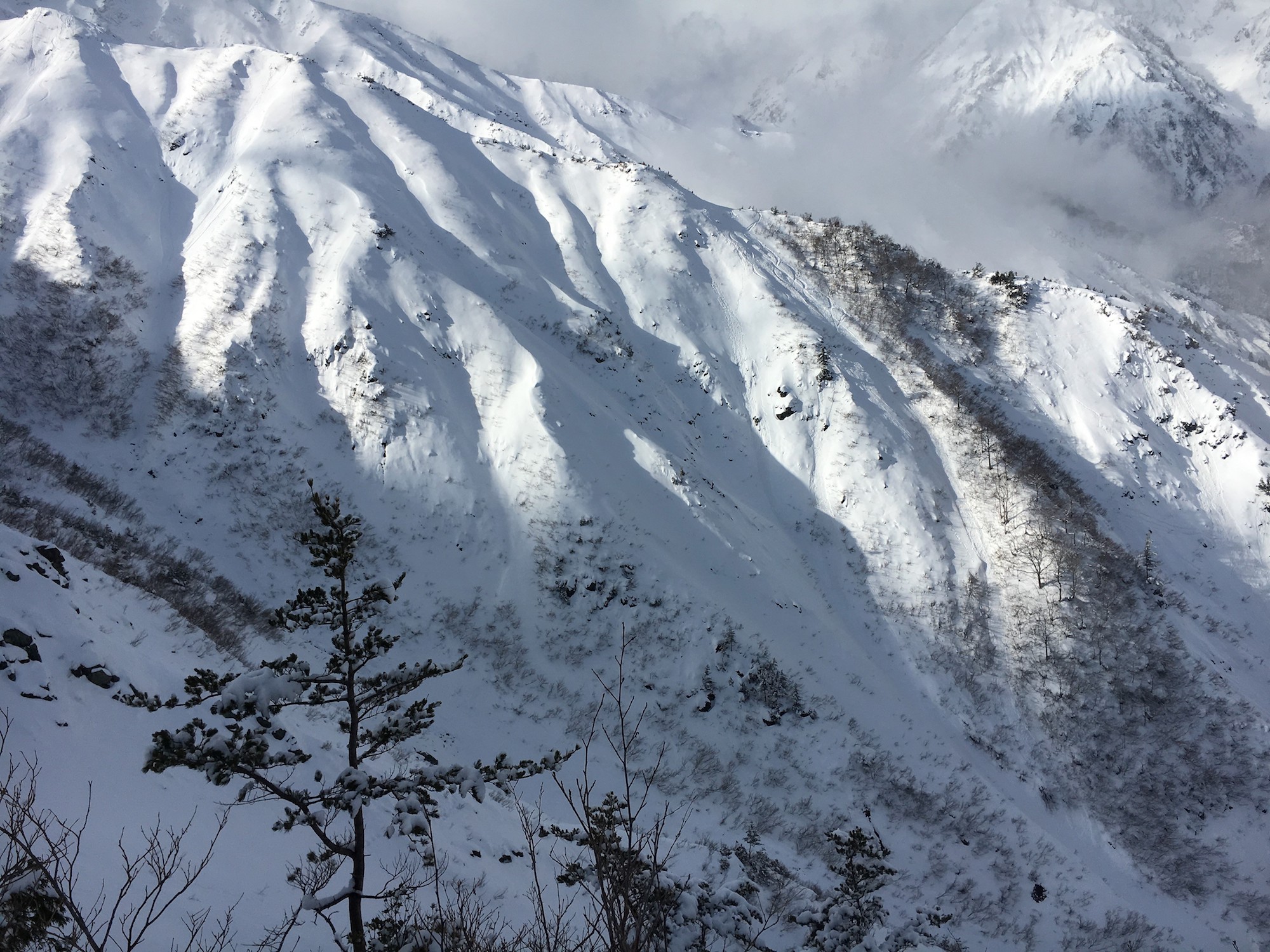 When it comes to food, there are some clear differences between Europe and Japan. Whereas it’s quite normal to snack on a cereal bar in Europe, in Japan you take a fresh sushi roll with you. In Japan, the snow crystals contain grains of salt, unlike in Europe, where they contain dust particles. This means that the snow in Japan offers better conditions for freeriding. “The snow was perfect, powder all the way”, says Michael. Even in places that had already seen skiers that day, the snow was still wonderfully fluffy. 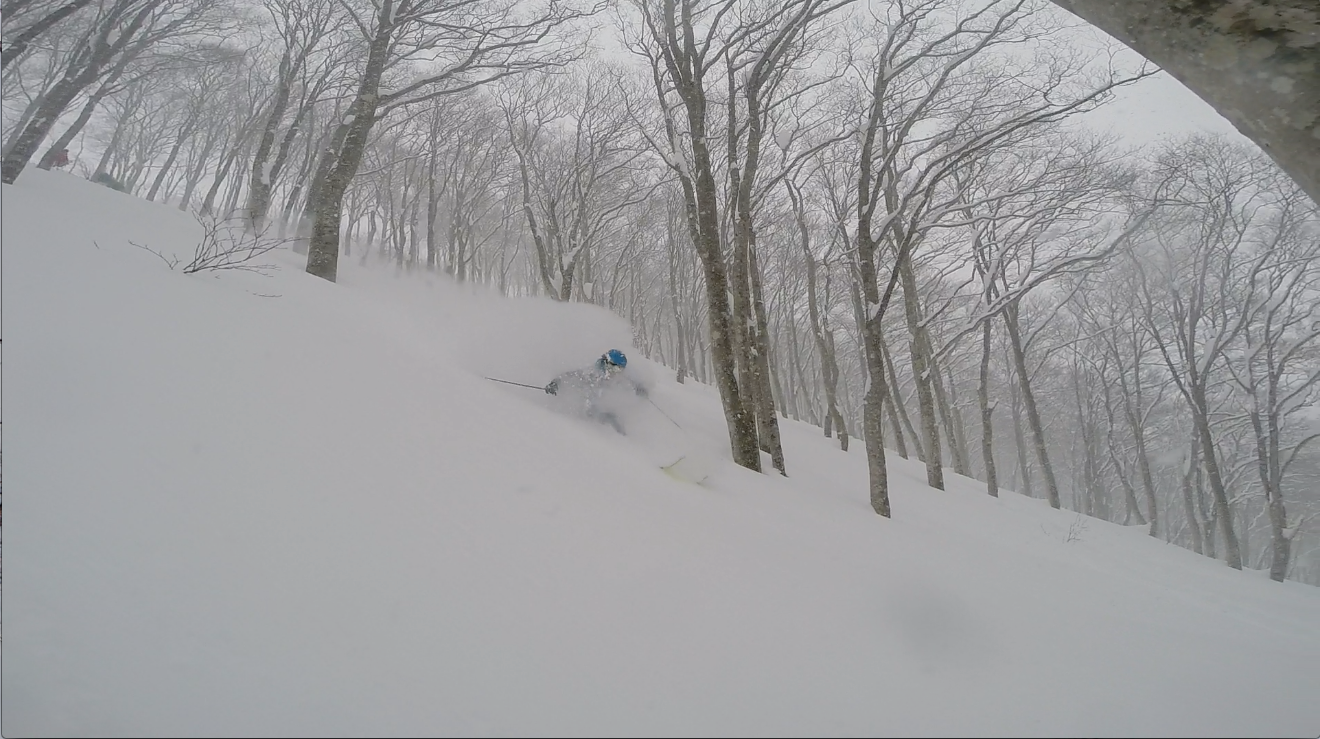 THE NIKE AIR ZOOM VOMERO 15 IN THE TEST