THIS IS THE ADIDAS PURE BOOST 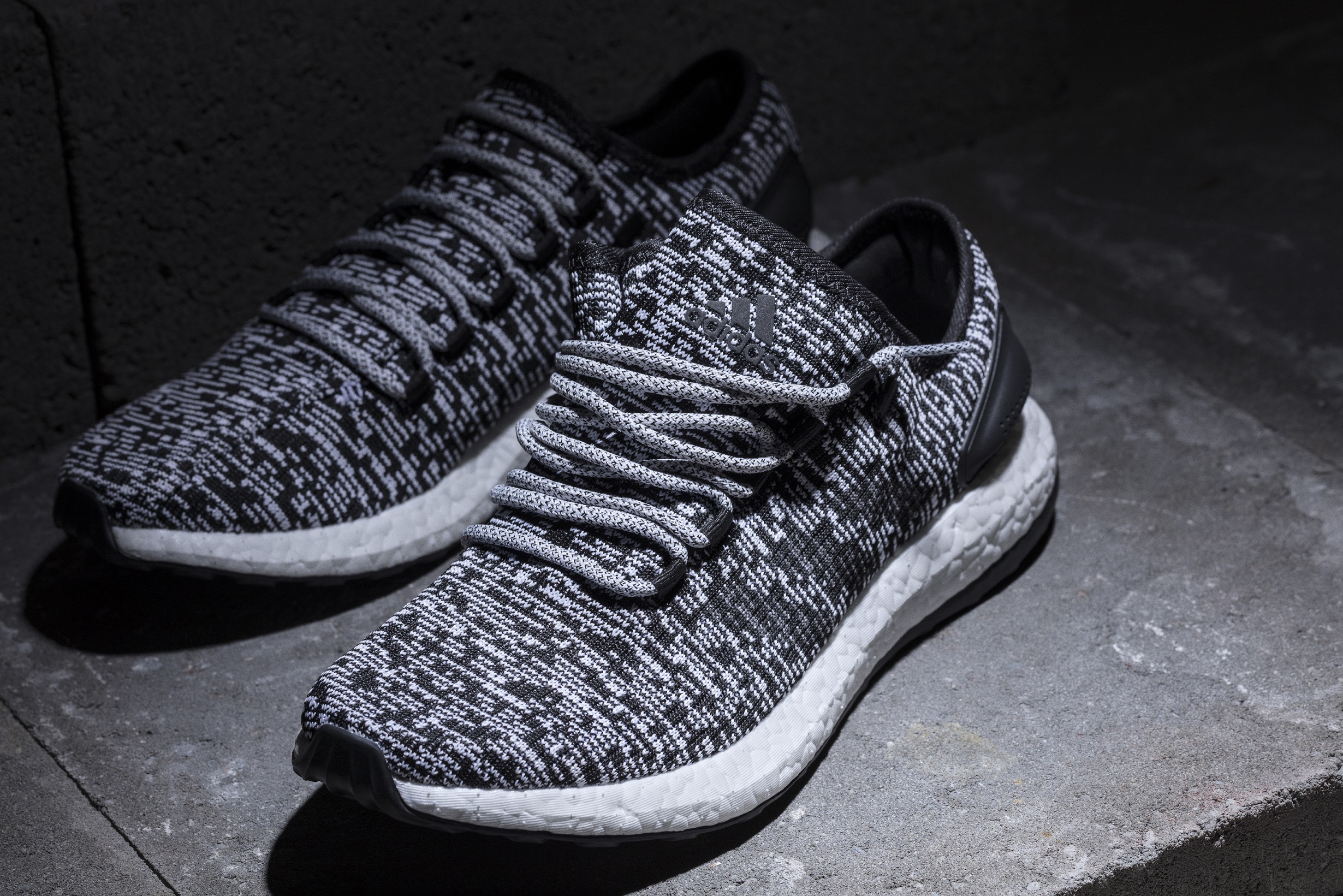 Yesterday, our partner adidas launched the new Pure Boost. The running shoe was especially designed for running in the city. The Pure Boost product manager at adidas, Stephan Schneider, says: “Runners all over the world are making cities their playground and use their runs as the ultimate way to explore. With PureBOOST we wanted to give these runners the ultimate tool to push their own boundaries, and take on the city head first.”

With an 8 mm offset, the new adidas Pure Boost is really quite flat, but very progressive and dynamic. In the forefoot area, the sole has a slightly wider construction to provide optimal support during directional changes, which happen a lot in a city setting. The Stretchweb outsole under the tried-and-tested Boost midsole is made from very hardwearing rubber with additional reinforcement along the inside of the foot. This ensures optimal grip during the rolling and push-off phases. The knitted upper adjusts to the foot during the running movement cycle, while the newly constructed double-wrap tongue lends some extra support. Even the shoe's design is inspired by the cities in which it will soon be worn - what do you think? Do you like the running shoe?

ADIDAS LAUNCHES THE ALPHABOUNCE REFLECTIVE IN THE US

DEFY THE ELEMENTS: THE COLD

NIKE ZONAL STRENGTH LEGGINGS FOR WORKING OUT AND RUNNING