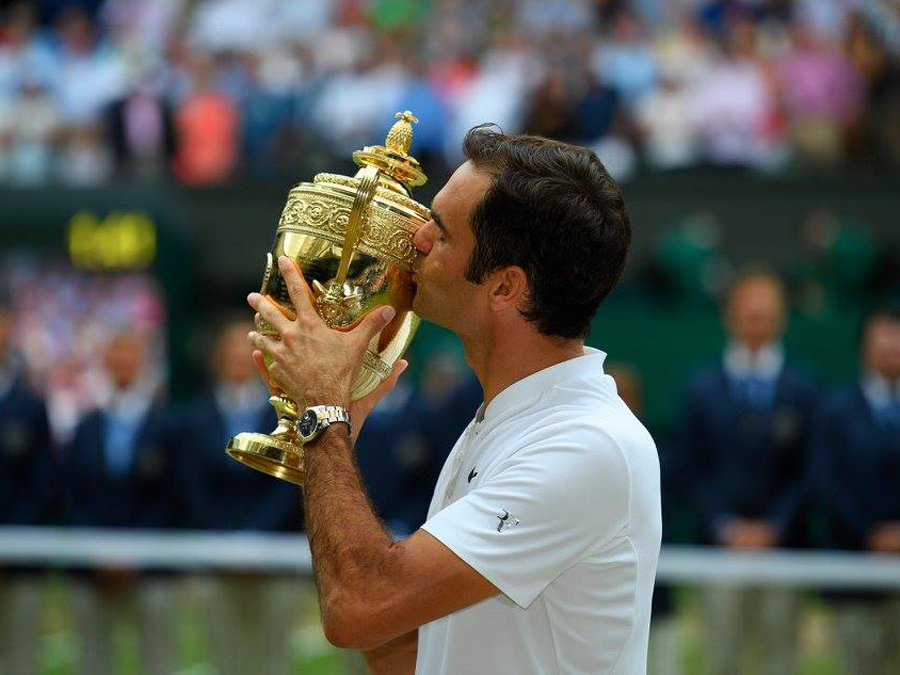 Crazy, incredible, legendary… Roger Federer has been the cause of such words of admiration for quite a long time. Now, the living tennis legend has amazed us once again by winning the oldest and most renowned tennis tournament in the world for the eighth time! With unmatched style and without losing a single set throughout the tournament, he’s become the single best record-setter in London. In the final, he beat the somewhat stricken Croat, Maric Cilic, with 6:3, 6:2 and 6:4. The eighth victory isn’t the only record the Swiss player has broken.

At 35, he’s the oldest participant to become a finalist and title winner in the long history of the tournament and it doesn’t look like he’s ready to stop there. Apart from that, his victory in London was his 19th Grand Slam title - incredible. Of course, he remains the player with the most titles of its kind. Just another accomplishment to add to Roger Federer’s achievement wall: during the London tournament he hit his 10,000th ace. This number has only ever been beaten by two other players, Goran Ivanisevic and Ivo Karlovic. Like we mentioned earlier, we can only find words of admiration to describe this player. What a tournament! What a final! What a legend! All hail the undisputed king of the grass court, Roger Federer.

STAND-UP PADDLING WITH KELLER SPORTS AND FANATIC ON THE ISAR