THE FIRST SKI TOURING EVENING WITH DYNAFIT AND KELLER SPORTS 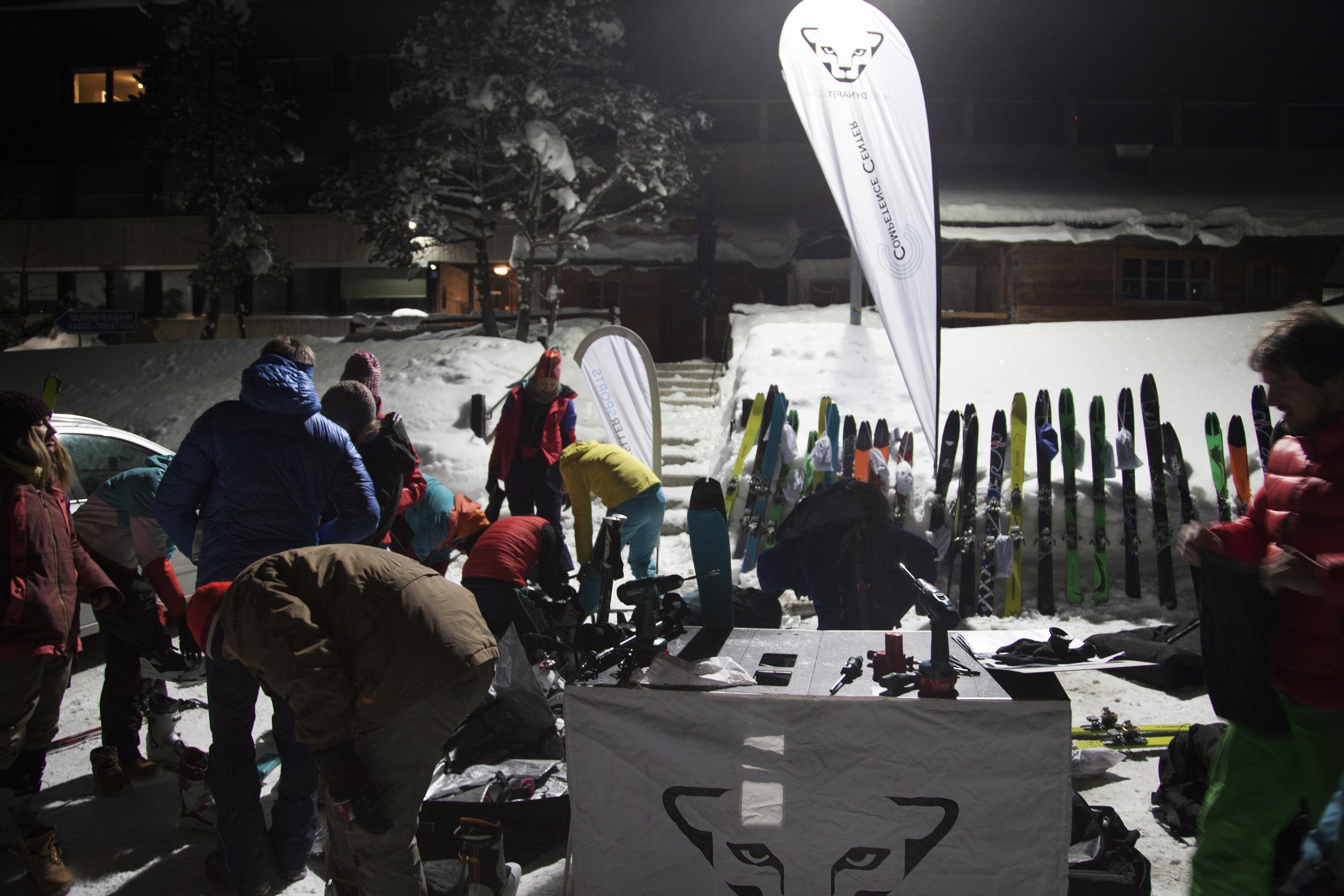 On Wednesday 18th January we joined up with our partner Dynafit to participate in the first ski touring evening. All those who are passionate about ski touring or who wanted to try it out for the first time were invited to come and sign up. Last Wednesday, then, we had over 20 participants join us at the Taubenstein lift, near the Spitzing lake. At 6.30 pm we handed out our partner Dynafit’s materials - all there were given the chance to try out the latest touring skis and touring shoes. After giving out all the skis and adjusting them all we began to climb up to the Rauhkopf hut. The conditions were perfect: a clear, starry night and -14°C. It was a picture-perfect winter evening.

We ventured out into the open and onto an old piste. From there the path took us up a steep slope, which enabled us to really put the Dynafit touring skis and shoes to the test - by this point all the participants were already completely won over. After sharing some tips on ski touring, the trek continued and, after climbing a height of approx. 300 metres, the group reached its first destination: the Rauhkopf hut. Part of the group decided to turn back around here, while the rest were more ambitious and continued to climb the Taubenstein. At the peak, the team received some last tips and tricks for the descent and then all that was left to do was glide down through the finest powder back towards the hut, where both groups had agreed to join up again. Once everyone was together again, they all warmed up next to the log fire in the hut and enjoyed a really warm atmosphere. To finish off, the participants descended into the valley and, having reached the parking lot, gave back their Dynafit touring skis and shoes before heading home. The next event of this kind will take place in mid-February and will be announced on our Keller Sports Store Facebook page, as usual.

We would like to thank Dynafit for the borrowed sports articles and all the great skiing tips. Another big thanks goes out to all the participants, who lived up to the challenge and contributed to us all having a great time that evening. We look forward to the next event!