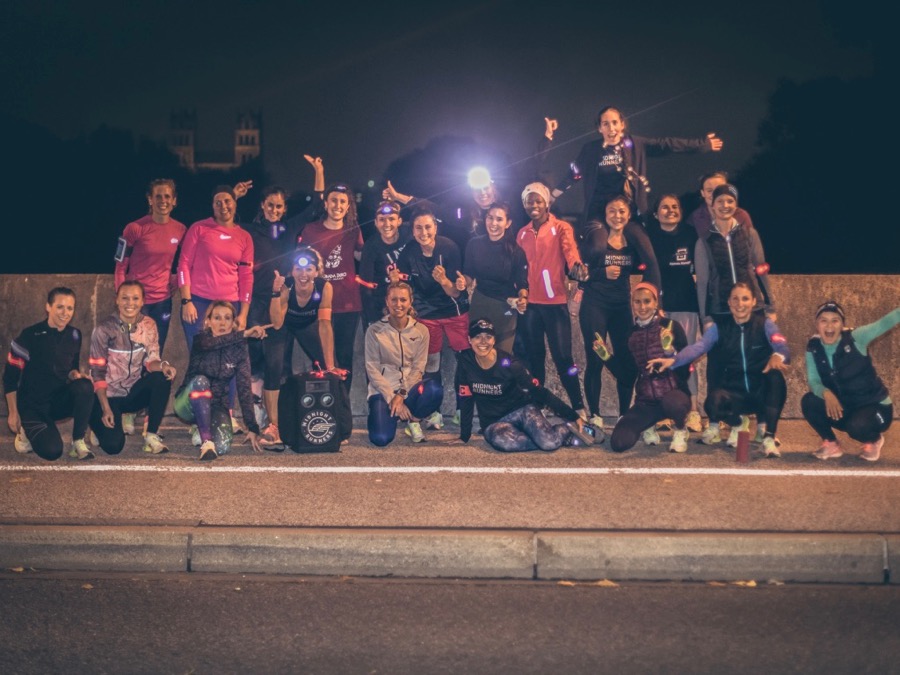 What is boot camp training? The term was originally used in the military but, nowadays, it’s most commonly used to refer to high-intensity functional workouts that focus on teamwork and good fun. We recently had the pleasure of hosting the Berlin-based Midnight Runners in our Store. During the Women’s Bootcamp Run, they gave a perfect demonstration of what a boot camp should look like. This post is all about the Midnight Runners’ favourite fitness exercises. 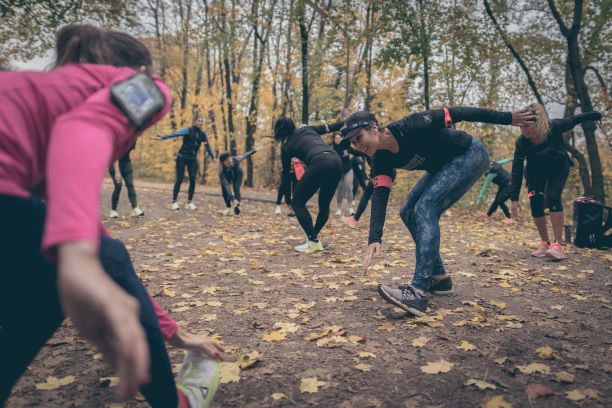 First, though, who are the Midnight Runners?

As is often the case with good ideas, the Midnight Runners concept started out by chance. At first, it was just two friends who were passionate about running but worked long hours and had to suffer the bad British weather. This all led to a lack of motivation. The solution? Running together. In January 2015, the group had 13 members - this was the birth of the Midnight Runners. Pace groups? No, thanks! It’s much better to stand and wait for the slower members of the group and, while you’re at it, you can do a few outdoor fitness exercises like burpees or sit-ups. This is the idea that led to the Bootcamp Run. Three years and hundreds of events later, the Midnight Runners are now one of the widest spread urban running groups in the world, with groups running in London, Berlin, Boston, Barcelona, New York, Paris and Los Angeles. Helping us run the Women's Bootcamp Run by Reebok we had Katrin, Sharon, Maria and Erika from the Berlin Midnight Runners. 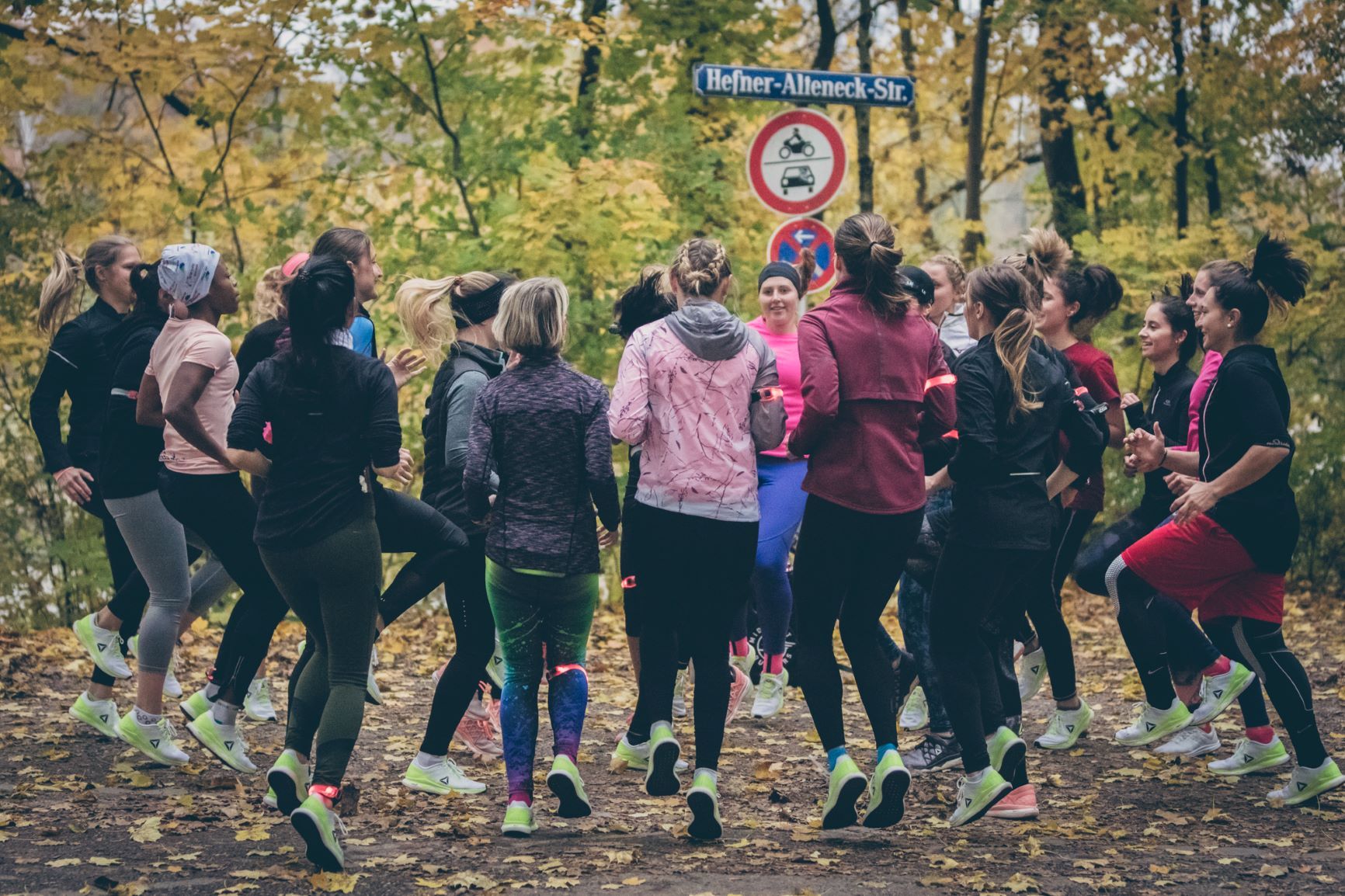 Katrin grew up in Königsbrunn, Bavaria, and now lives in Berlin because she’d simply “always wanted to live there”. The medicine student loves swimming, yoga, gymnastics, Zumba… she just never stops moving! She started running three years ago and was surprised to discover that she loved it from the very beginning. She used to always train on her own, but after joining the Midnight Runners, she can’t imagine life without them. What she likes the most about the Midnight Runners is the supportive environment and the fact that it’s not just about training - having fun and sharing your craziness with others are just as important.

Thrill-seeker Sharon has been quite the traveller from early on: after being born in Taiwan, her life has taken her to Indonesia, Singapore, Canada, the US, France and, currently, Berlin. She was one of the first Berlin locals to join the Midnight Runners, which makes her the perfect workout captain. She has now become a leading member of the Berlin Midnight Runners crew and helps motivate her friends to practice outdoor fitness training. Her motto is “Live every day present and grateful” - and true to it, she spends a lot of time travelling. One of her most memorable trips involved snowboarding on Mount Kenya. 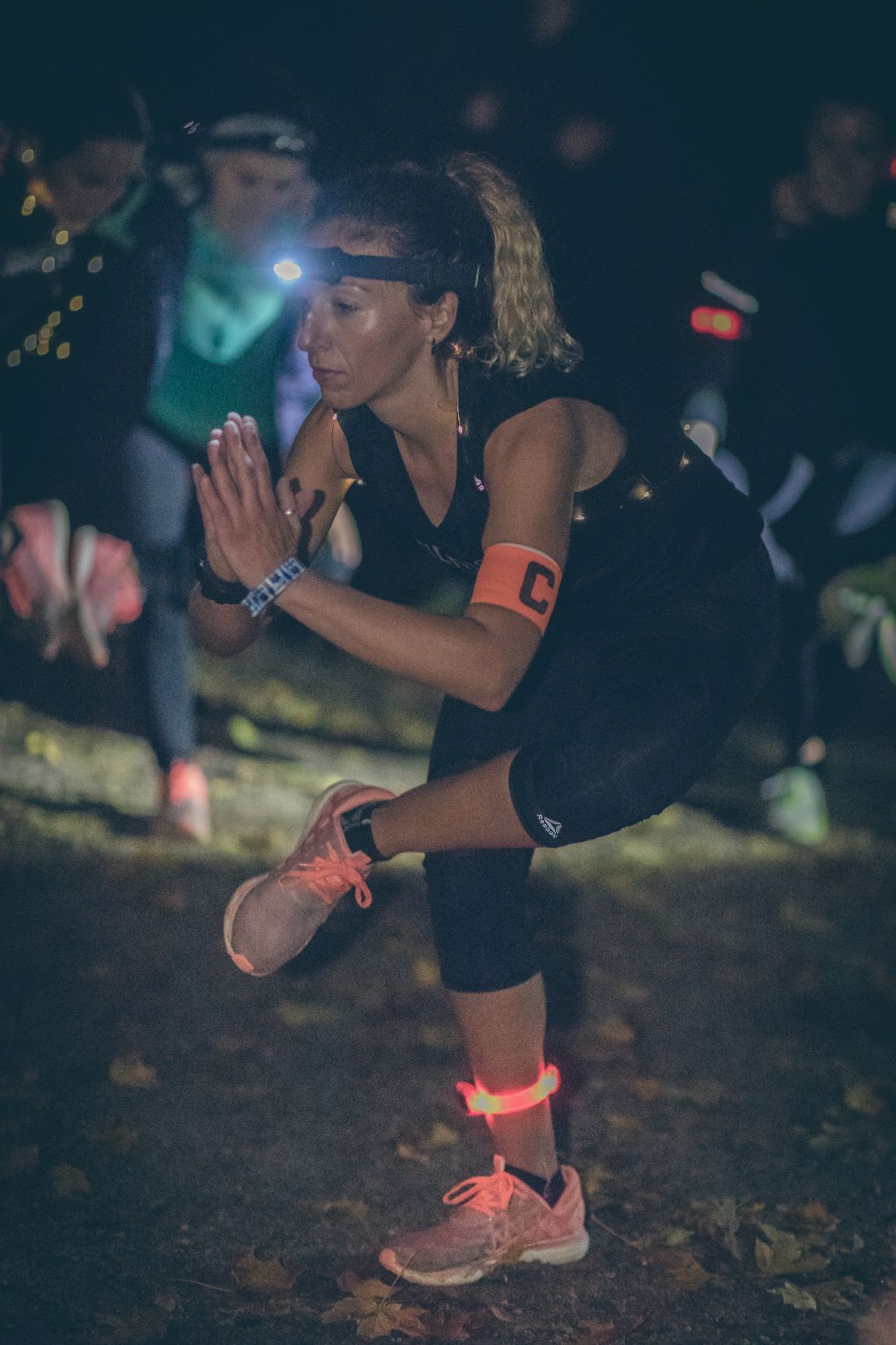 Maria comes from a small village in Southern Spain called Zahara De Los Atunes. She needed a change in her a life, an adventure, and she wanted to learn a new language, which is why she chose to move to Berlin. Maria hasn’t always been a sporty person, but during her university studies, she discovered her passion for running. She’s already taken part in short runs, half marathons, duathlons, obstacle races and marathons. Like Katrin, she used to always train on her own. Meeting the Midnight Runners team has been one of the best things that have happened to her since moving to Berlin.

“You are stronger than you think you are” is Erika’s life philosophy. The Californian runner’s life story is impressive. She’s a runner and triathlete who’s taken part in several half marathons, full marathons and half Ironman triathlons. But her competitions had to stop when she was diagnosed with an autoimmune disorder four years ago. She had to learn to walk and run again, but just two years after the diagnosis she ran a 25k race in Berlin - that’s what we call a true fighting spirit! It was these four admirable women who led our Women’s Bootcamp Run. Read on to find out their four favourite fitness exercises. 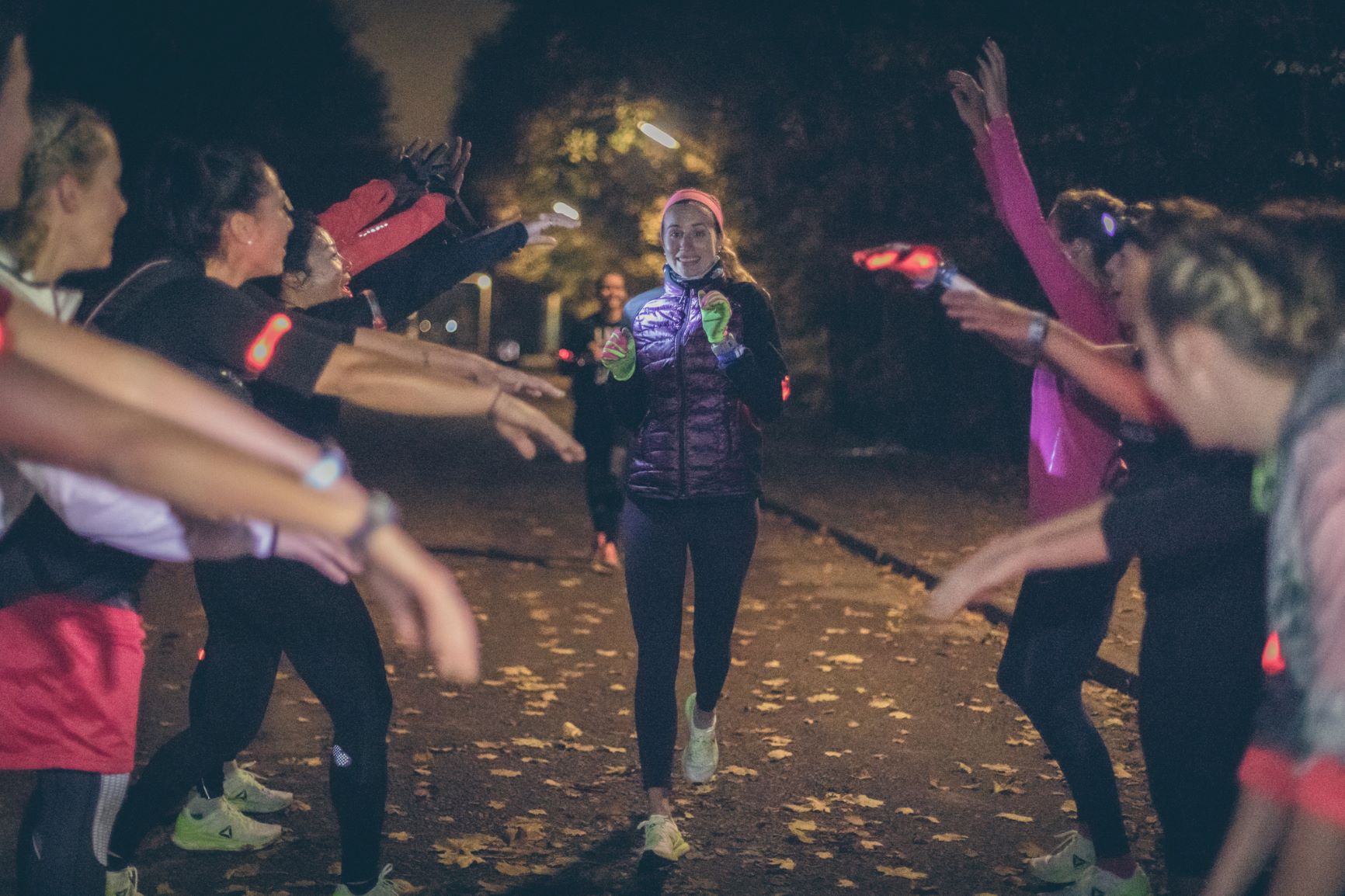 Four outdoor fitness exercises to include in your workout

The Midnight Runners would like to share four of their favourite exercises to complete during an outdoor run. Two of them are partner exercises, the other two can be done alone.

Giving your partner a high-five during a push-up is a great way to improve upper body strength and stability. This leads to better posture, which in turn has a positive effect on your running technique. During this exercise, you need to make sure you don’t rotate your lower body (from the lower back down) too much during the high-five. The Midnight Runners love this exercise because it works almost every muscle in the body.

Boxing during a sit-up really works the rectus and transverse abdominal muscles and it improves upper body and shoulder mobility. This is very good for your gait cycle and can even speed up your pace. Important to note: your partner (the person whose hands you’re boxing), needs to keep his or her hands at a distance of 40 to 50 cm from each other so that you’ll rotate your body enough during the punches. Speed up this exercise to work on your stamina and overall fitness.

If you want to improve your balance, stamina and coordination, then skate jumps should definitely be part of your workout programme. Having to focus hard on what you’re doing means that this is also an exercise for your brain. 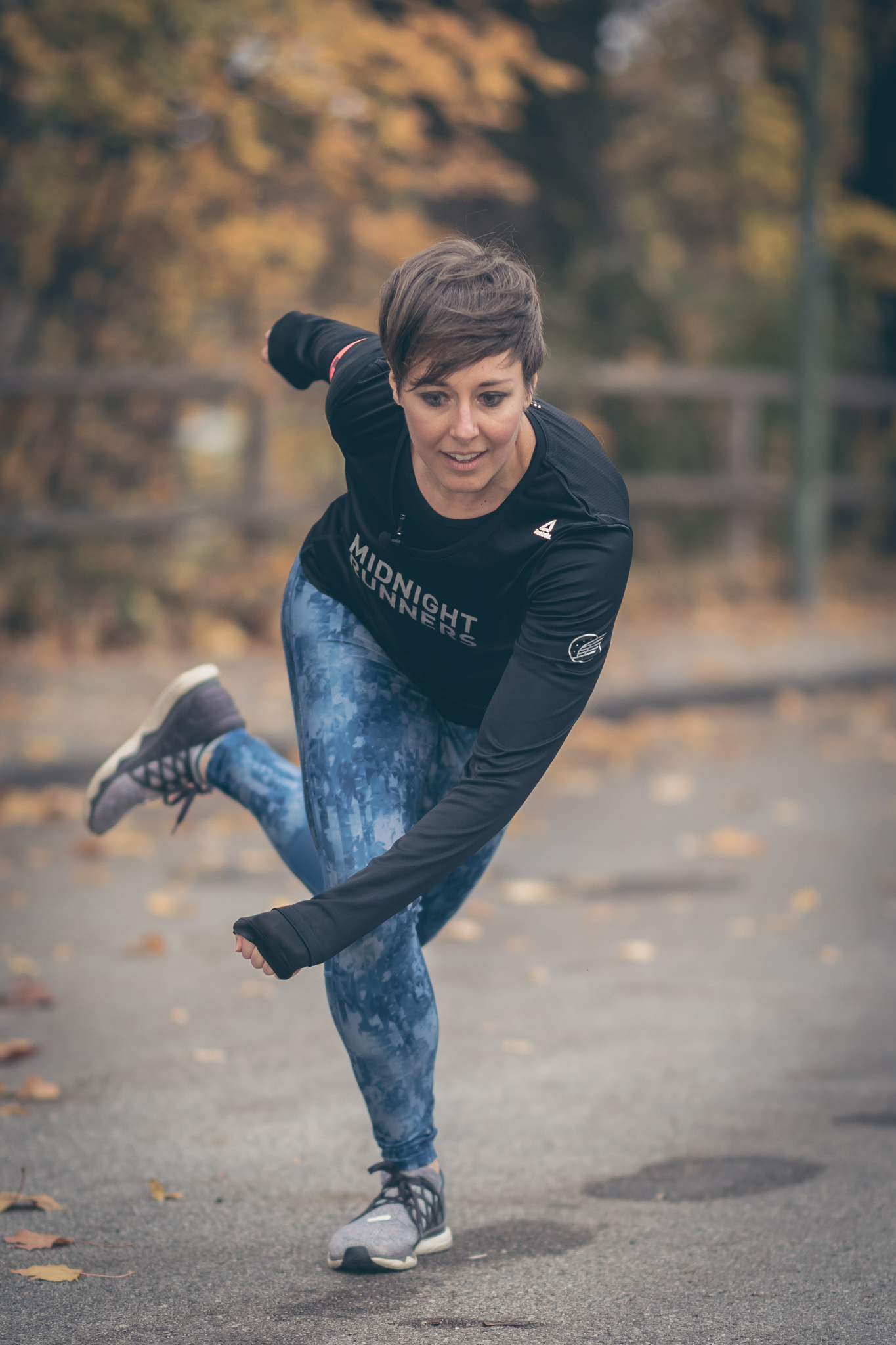 During this exercise, make sure you do wide jumps, keep your back as straight as possible (curving it too much could have a negative impact on your posture and the health of your spine), and keep your gaze forward. The faster you perform this exercise, the more challenging it’ll be and the more you’ll work your stamina. 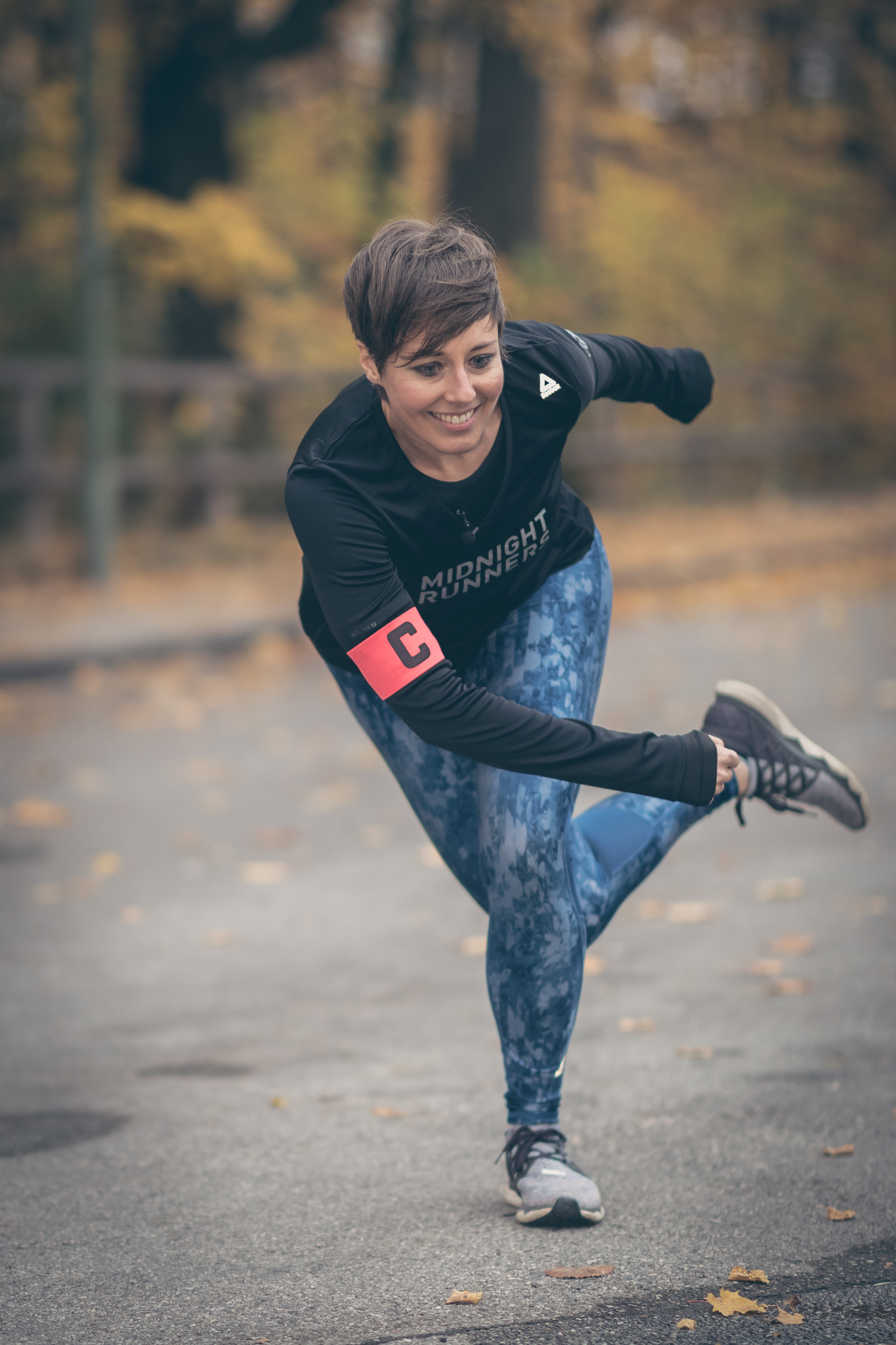 Lunges are the perfect way to train the stability in your legs, torso and back. Lunges are also great preparation for uphill runs and can help prevent future backache. Important to note: the front knee shouldn’t be too bent. As a guideline, make sure it doesn’t jut out over your ankle. The ideal angle for your front knee is 90°. The back knee shouldn’t touch the floor. During the exercise, you need to keep your back straight at all times.

With these outdoor fitness partner exercises, you get the chance to chat with other people that you may not have spoken to yet. It’s also highly encouraging when you’re having fun with your partner while you’re working on your fitness together. With such a motivated atmosphere, you find it easier to break your limits and inspire your companions to do the same. By watching each other during the exercises, you can also correct each other on posture and movement. A tip from us: play Tabata Workout music during your outdoor fitness training for an extra motivation boost and to do away with timers during interval training. Try it out for yourselves!
FIND THE PERFECT REEBOK TRAINING PRODUCTS HERE »
Tags: BOOTCAMP, FITNESS, MIDNIGHT RUNNGERS, OUTDOOR, REEBOK, RUNNING, TRAINING

GET FITTER IN 15 SECONDS WITH ASICS