EACH SURFACE REQUIRES SPECIAL TENNIS SHOES.WE EXPLAIN TO YOU WHICH SHOE YOU'LL PLAY WITH BEST 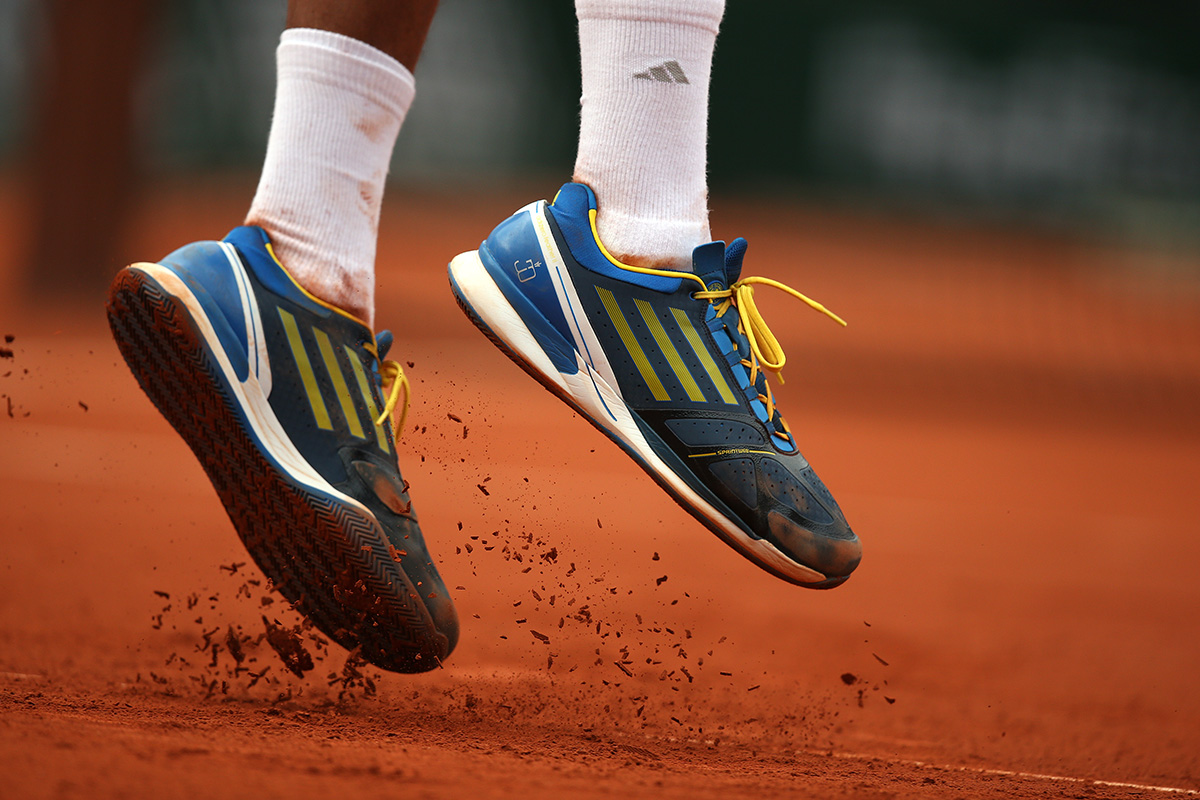 The most commonly used surfaces are red clay (special tennis clay), natural or artificial turf (often filled with sand), or plastic-coated concrete floors – so called hard courts – as well as plastic pellet covered carpet (usually indoors). Two of the four Grand Slam tournaments (Australian and US Open) are played on “hard courts”, one is played on clay (French Open) and one on grass (Wimbledon). As a result, the pros will have a different pair of shoes for every tournament. “Universal shoes” don’t really exist in tennis. The different surfaces have their own characteristics, which leads to differences amongst the shoes. We’ll explain these differences.

Clay-court shoes have a durable sole (often made out of Michelin or Continental rubber, what we’d normally just expect for cars) and a fine profile, usually with a herringbone pattern (see picture), to ensure that we get the necessary grip. At the same time, the material is weather resistant and some manufacturers specifically strengthen the toe box, in order to withstand the stress of slip-movements to protect the foot.

So-called “All Court” tennis shoes are available for playing on hard courts and grass. They are very sturdy and have a durable rubber sole – often with a herringbone pattern (or a mixture, see picture below) and a catchy profile. Some manufacturers also offer special models for artificial turf.

Special indoor shoes are the best choice for carpeted tennis courts. They are “non-marking” (the soles are usually colourless) and possess a smooth sole, without a profile. This protects the court surface, as outdoor shoes may have trapped dirt and stones in the sole, and minimises the risk of injury, because they do not slip. Moreover, the softer sole provides more grip. The distinction between indoor and outdoor tennis shoes is particularly important. It is often enough for recreational players to just have two different pairs, with a third being optional. People who regularly play on all surfaces should purchase appropriate shoes, because you’ll inevitably have to make another purchase ;-)

‘THE ULTRA MARATHON’- FASCINATION AND PHILOSOPHY OF LIFE BEYOND THE MARATHON