SALOMON ATHLETES MATTHIAS AND MARCUS AT THE TRANSALPINE RUN 2018 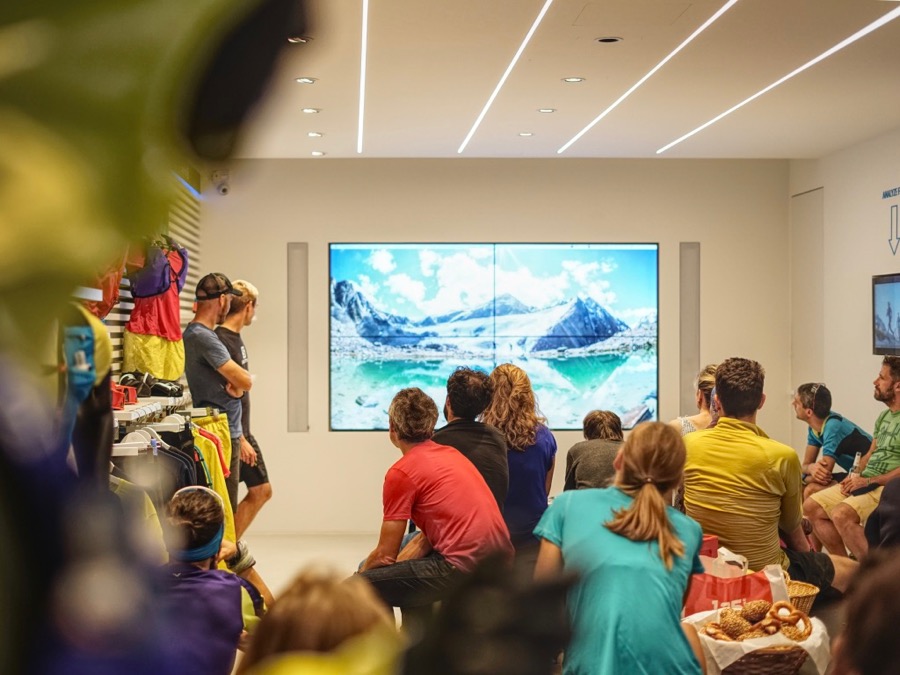 After a 257.6 k horizontal distance, a 16,445-metre climb and a 16,582-metre descent, Salomon athletes Matthias and Marcus Baur still had enough energy left to visit us at the store just one week after finishing the GORE-TEX® Transalpine run. Matthias and Marcus showed us impressive pictures and told us exciting stories, leading us through the seven stages of the Transalp 2018. Missed the Salomon event in our store? Not to worry, you can read all about it in this detailed blog post! 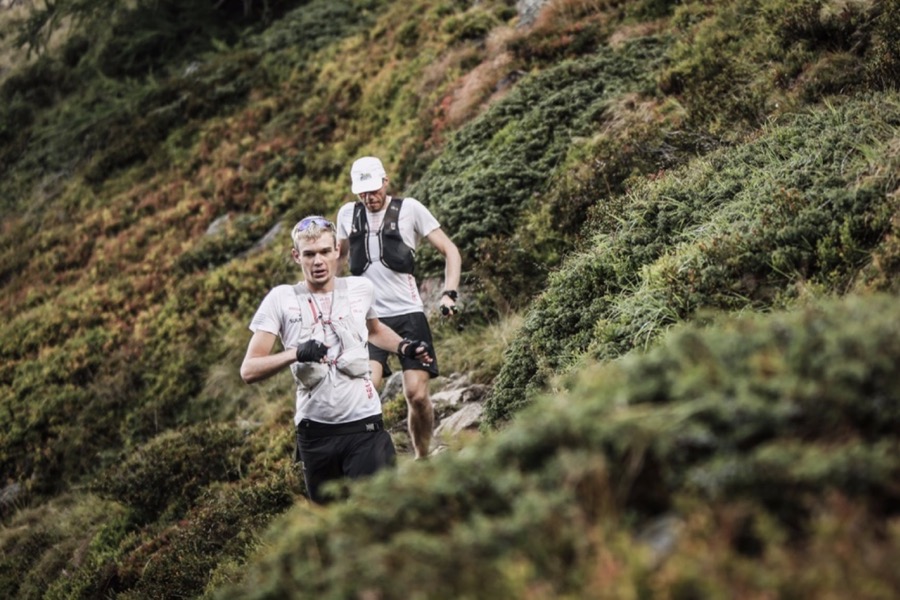 Taking trail running to the extreme - the Transalp 2018

The Transalp 2018 run is an ultra trail competition that’s completed in pairs over seven stages. The run begins at Garmisch-Partenkirchen and ends in Brixen, crossing three country borders along the way (Germany, Austria & Italy). 300 teams coming from over 40 different countries covered just under 258 k in seven days, climbing 16,446 metres and descending another 16,582 metres. As main sponsor, Salomon was present every day, greeting all of the athletes at the finish lines and providing them with anything they needed - from spare equipment to trail shoes.

Lace up your trail shoes and off you go! - The race

The first race day started in Garmisch-Partenkirchen and ended in Nassereith after 43.7k. The two brothers were the 6th team to be greeted by Salomon at the finish line. The second day began with a change of route, as a mudslide had rendered part of the race course impassable. This meant that the second stage was only 27.2k with a climb of just 1,333 metres. The brothers didn’t see the route change as much of a problem because the third day was the king’s stage and they were happy to save up some energy for it.

Everyone had a very early morning on the 3rd day, as the run started at 6:30 am. For the brothers, this meant getting up at 4 am (having already covered countless kilometres), having a good breakfast and going to the start line full of energy. From Imst, they travelled 51k, climbing 3,163 metres and descending 2,286 metres all the way to Mandarfen. It was a crazy trail running stage that really took it out of the brothers, both physically and mentally.

Alpine trail running: the next stages

Stages 4 to 6 included alpine routes. It was particularly important during these stages to eat a lot, as the body burns more calories at higher the altitudes. Despite enjoying perfect running weather, it was essential for the runners to concentrate during the high-alpine parts - some were very dangerous passes. The Salomon athletes were very impressed here with the Plan B event company, which organised the route perfectly and signposted it very clearly. 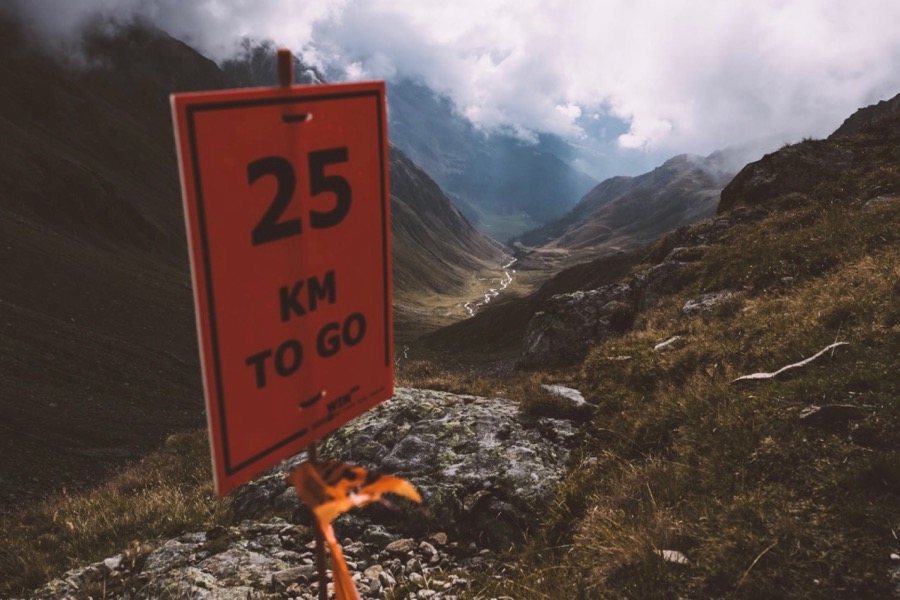 After finishing the final stage, the two brothers checked into a wellness hotel to ensure they were well prepared for the last day. When telling us about this, Marcus stressed how important it is to recover and that you should use recovery time effectively. You should eat plenty, keep warm and get enough sleep.

The participants ended the final day of the race after a 36k run to Brixen. From the 600 runners who set off at the starting line, 492 succeeded in finishing the race - what an amazing group of athletes. The brothers were the 6th team to reach Brixen with a total run time of 31 hours. Unfortunately, they didn’t achieve their goal of standing on the podium, but Marcus and Matthias were still very pleased with their performance. The personal challenges they faced on the route were immense.

So, what do you need to do to prepare for such an extreme Transalp run? 4 to 5 weeks before the start of the race, the two Salomon athletes were running 120 to 150k per week and taking part in marathon distance competitions every two weeks - two of these were over 50k long! The week before the run, they simulated the distances of the Transalp to prepare their bodies for the extreme challenges ahead. 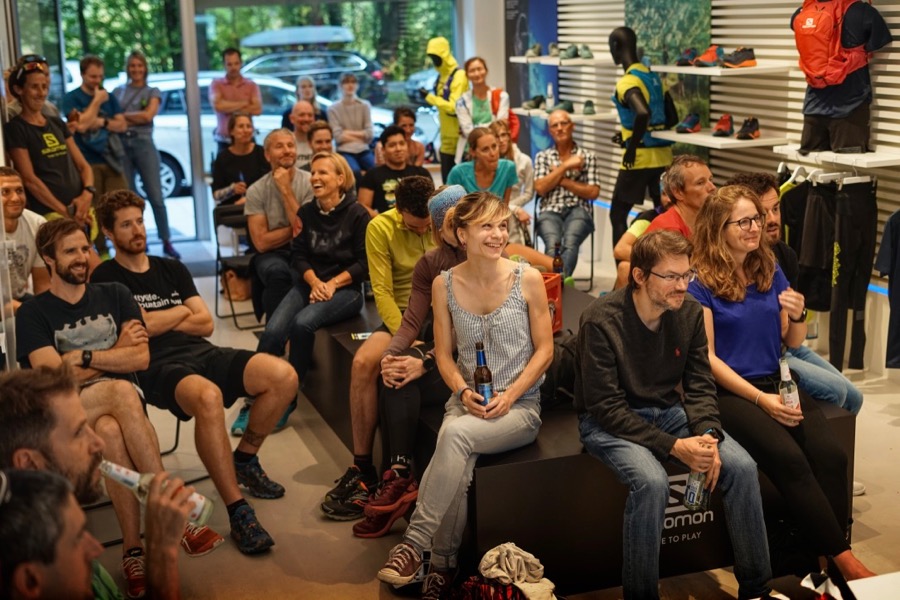 Salomon trail running For this kind of competition, mental preparation is just as important as having good trail running shoes and training properly - this is something both athletes were very clear on. You also have to find a homogenous team. Mentally processing your experiences and finding balance within the group is the real team effort. After a Q&A session with our guests at the store, Marcus reminded us all that gathering trail running experience isn’t a matter of months but of years. It’s a process that takes a long time.

From Salomon shoes to rucksacks - the right equipment

Wondering what trail running shoes and trail equipment you need for an ultra trail competition like the Transalp? First, there is the obligatory gear required to take part in the Transalp: trail running shoes, raincoat, warm clothes (top, long pants, gloves and beanie), hydration bladder, personal ID, first aid kit, navigation watch, running rucksack and mobile phone. Apart from those, the brothers have also shared their personal ‘secret tips’ on equipment. Both brothers had four pairs of Salomon shoes each: apart from the S/Lab model, they brought along the Sense Ride and the Ultra Pro. 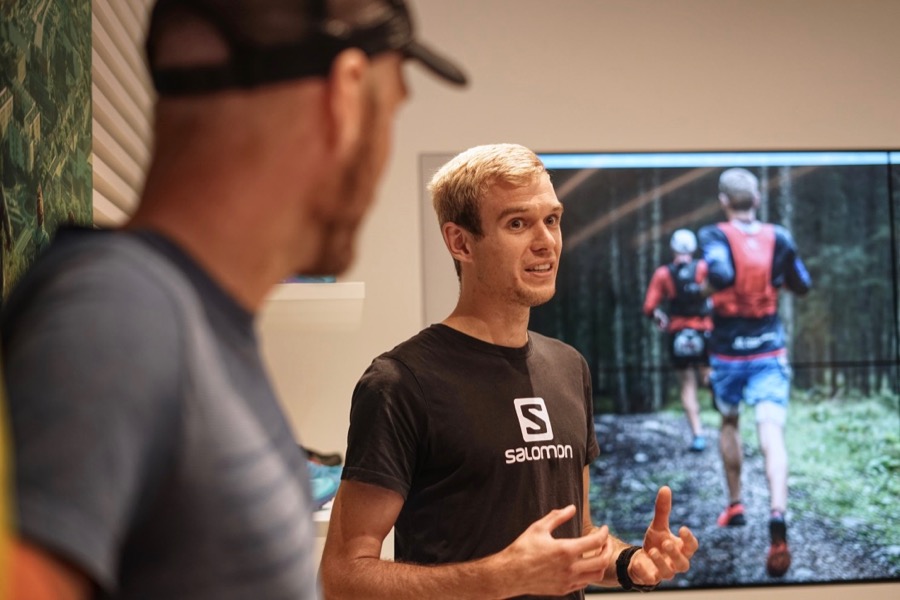 Another important tip that the brothers shared with us was to store your raincoat and/or windproof jacket in a plastic bag, as the sweat from your back will go through the rucksack and soak your jackets, so you’ll feel cold when you put them on. If these tips weren’t enough for you, we’re sure that our last Salomon How to Trail Run workshop in our store will have answered any burning questions.

Salomon How to Trail Run workshop

During the How to Trail Run workshops, you had the opportunity to run on the trails of Munich’s River Isar together with Salomon athlete Matthias, while gathering tips and suggestions from the pro. Equipped with Salomon test shoes, the athlete explained some trail running techniques and how to deal with climbs and descents. We hope you enjoyed the last How to Trail Run workshop on 22nd September! Photos: Philipp Reiter, Lukas Sörgel
Tags: GORE-TEX® TRANSALPINE RUN, KELLER SPORTS STORE, SALOMON, TRAILRUN, TRAILRUNNING, TRANSALP

BOGNER FIRE+ICE IN OUR KELLER SPORTS STORE: WE ARE FEARLESS - ARE YOU?

OSPREY EQUIPMENT FOR YOUR NEXT HIKE