RUNNING SHOES WITH CARBON FIBRE PLATE - WHAT IS BEHIND THE TREND? 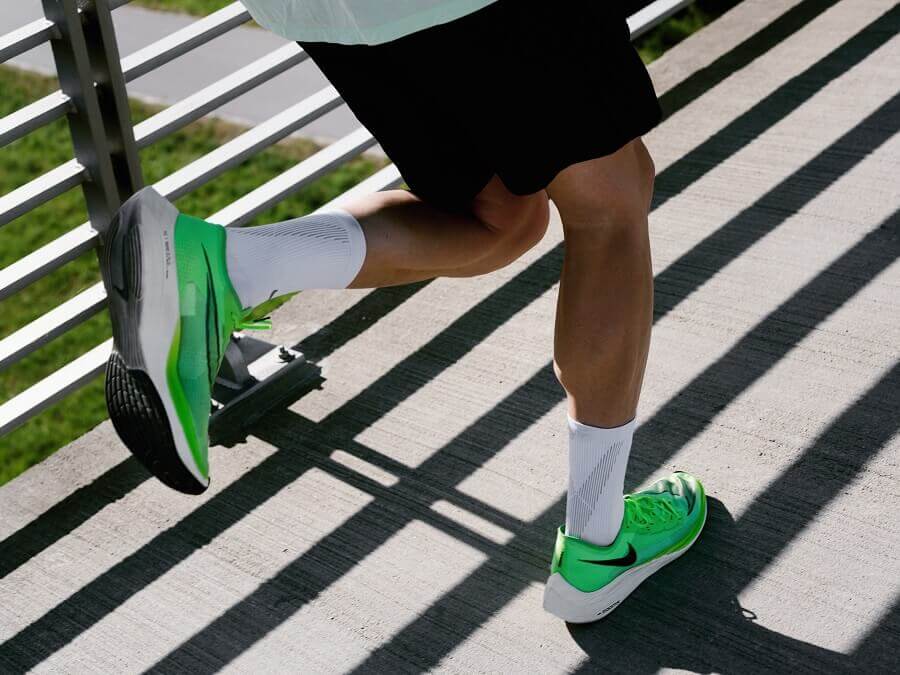 There is probably no runner who can avoid the topic of running shoes with carbon fibre plates. First and foremost, these running shoes are used in competition or for speed runs. In this article Keller Sports Pro Jan takes a look behind the technologies and describes current models from the Keller Sports online shop.

The story behind the running shoes with carbon fibre plate

At his feet was a prototype of the Nike Alphafly Next% running shoe. One thing is very clear: If a concept works and can inspire runners, then other manufacturers will also react to the trend. For example, current shoe ranges with matching running shoe models are often extended with the extra push forward. 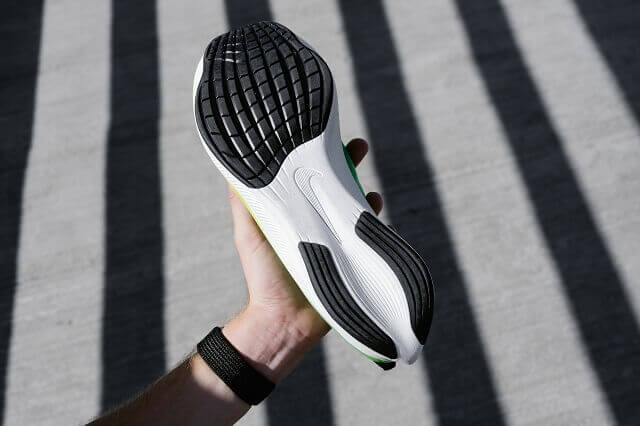 What distinguishes the design of the running shoes?

Simply thought, you only have to put a carbon fiber plate into an existing running shoe and the new shoe is ready. But of course that would be too easy. Such models have - as do completely new developments of running shoes in general - a long development time in direct contact with professional athletes.

All elements of such a running shoe must be coordinated with each other so that the effect of a carbon fibre plate can fully unfold. The midsole material used has a great influence here. The interaction between the carbon fiber plate and the damping material must be right, so to speak. Therefore, such midsoles usually have a high degree of energy return and are in the range of 70% to 85%. 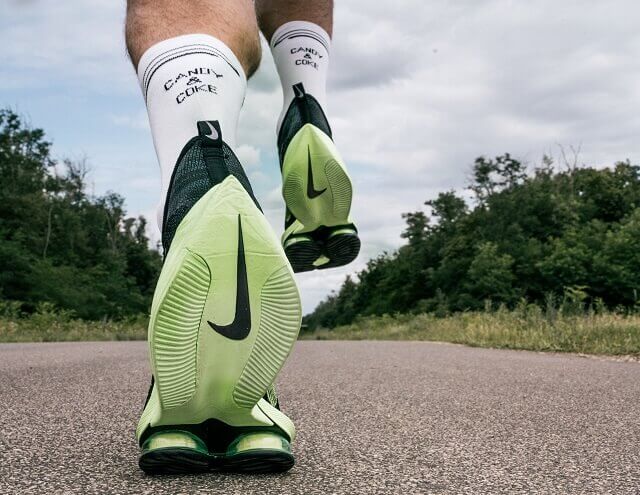 Since these are running shoes for competition, special attention is naturally paid to weight. The focus on lightness also runs through the upper. The lightest materials are always used and padding is only used in the most prominent areas.

In general, running shoes get a great deal of stiffness through the use of carbon fibre plates and can only be flexed minimally. In theory, such models actually move away from the origin of competition shoes, because there the focus was on using a lot of flexibility and direct contact with the ground. 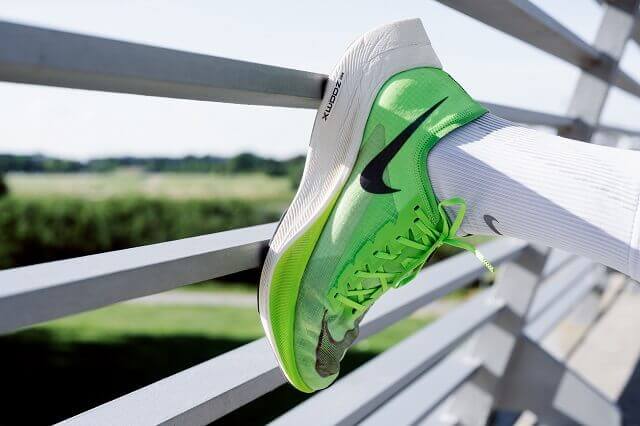 For which runners are the running shoes with carbon fibre plate suitable?

As already described, these running shoes are extremely stiff, coupled with cushioning that promises a high degree of energy return. The carbon fibre plate thus provides a push effect on the runner's rolling behaviour in the forefoot, so that one is driven forward as if by a spring. This makes running easier and you run faster without additional effort. This can all be summarized under the improvement of the running ergonomics.

Of course this advantage also depends on the runner's running behaviour and physical ability. Especially runners who run at high pace will know how to use the advantages of such a running shoe. These running shoes are primarily designed for runners who run over the midfoot and forefoot. 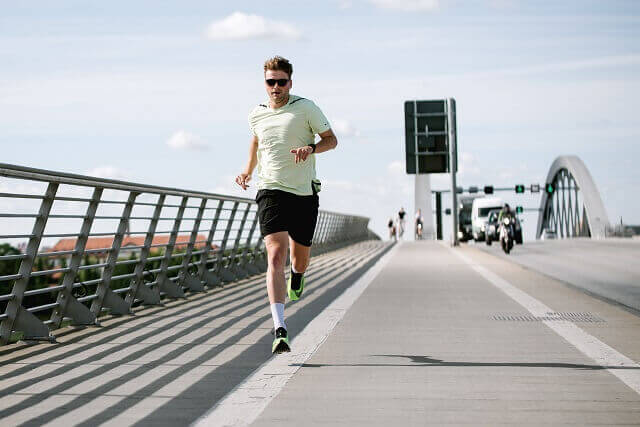 It is precisely then that the running shoes' properties ensure efficient running behaviour. Due to the appropriate construction, these models additionally enhance the automatic rolling over midfoot and forefoot.

When it comes to distances, it is the runner who counts, because current models differ somewhat in their construction. There are models with higher comfort, or on the other hand running shoes with a very direct running feeling, where the origin of classic competition shoes can still be felt.

The Nike Zoom Fly 3 can be called the entry level running shoe with carbon fiber plate. This plate sits in the midsole and is surrounded by Nike React foam. The upper features an airy mesh and small padding for a secure fit. In general the Zoom Fly 3 has good comfort for a fast running shoe. It can be used for all distances in training and competition. 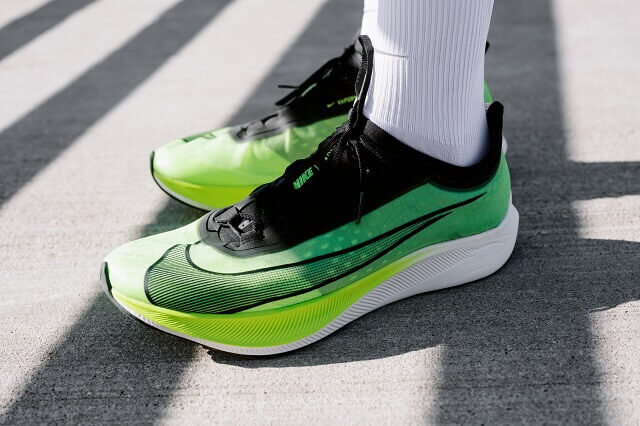 The Nike Vaporfly Next% is probably the most famous running shoe with a carbon fiber plate, with which elite runners have celebrated many records. In the midsole, Nike ZoomX creates a high energy return and propels forward with the carbon fiber plate. The Vaporweave upper provides a dynamic and slim fit. For many runners this is still the first choice on race day. The Nike Vaporfly Next% is suitable for all distances on race day. 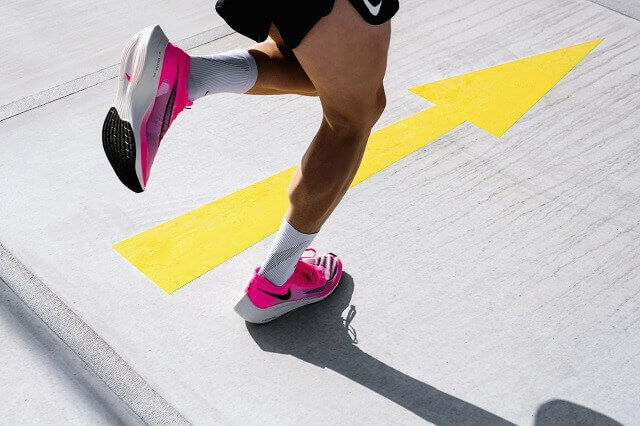 The further development of the Vaporfly was presented only recently in limited numbers. The most striking features are the responsive Nike Air Zoom chambers under the forefoot, which provide an extra boost with every step. Even more ZoomX in the midsole, lower weight, a revised carbon fiber plate and Atomknit in the upper provide even more speed on the asphalt. Like its predecessor, the Nike Air Zoom Alphafly Next% is suitable for all distances on competition day. 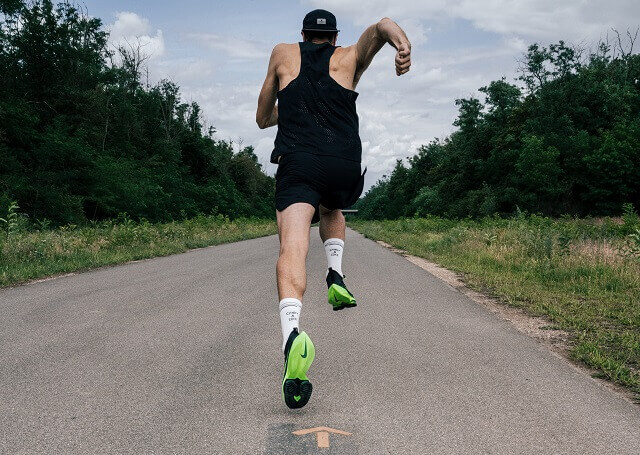 At the ASICS Metaracer, ASICS presented its first running shoe with carbon fibre plate. The carbon fibre plate is located in the forefoot. Especially middle- and forefoot runners will enjoy this in competitions, because in combination with Flytefoam it gives a lot of power while running.

In the upper, ASICS takes a minimalist approach, yet the ASICS running shoe convinces with good air circulation and fit. For experienced runners the Metaracer is a good option up to the marathon. However, if the pace cannot be kept up for that long, this one is recommended much more for the shorter distances up to the half-marathon. 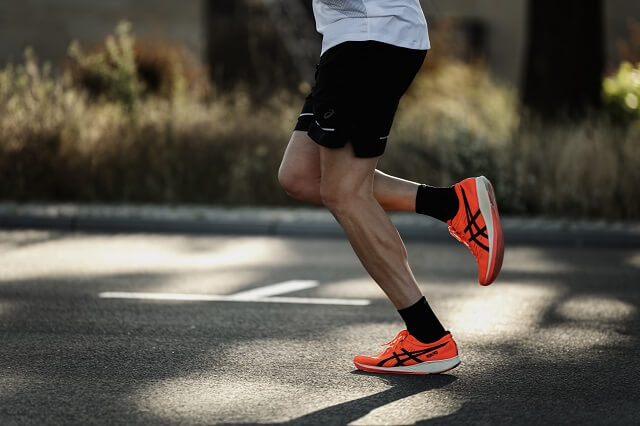 With the Endorphin Speed Saucony has a fast running shoe for tempo runs and competitions in the assortment. In the midsole the PWRRUN PB form fits for a soft but also driving running feeling. For the extra push forward a nylon plate is placed in the midsole.

This nylon plate is not as stiff as a carbon plate, so it does not interfere so much with the running characteristics. This makes the running shoe more interesting for training runs. The upper consists of a very comfortable mesh and nestles comfortably to the foot. The Saucony Endorphin Speed is suitable for all distances up to marathons. 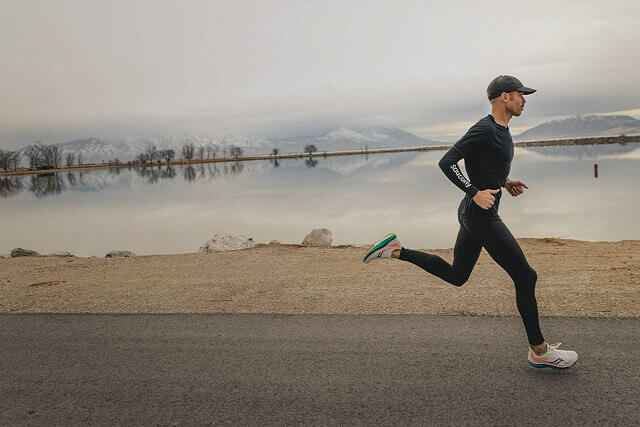 At first glance, the adidas Adizero Pro looks like a typical running shoe from the adidas Adizero series. But inside there are a few new features. The midsole consists of two different cushioning materials: Boost and the lighter Lightstrike material. In addition, for the first time in an adidas running shoes, a carbon fiber plate is placed in the midsole.

The main purpose of this is to increase the propulsion while running and to offer a better flex due to the construction. The fast running shoe is rounded off with a Celermesh upper and a Continental outsole. The area of application is of course primarily for competitions and fast training sessions. 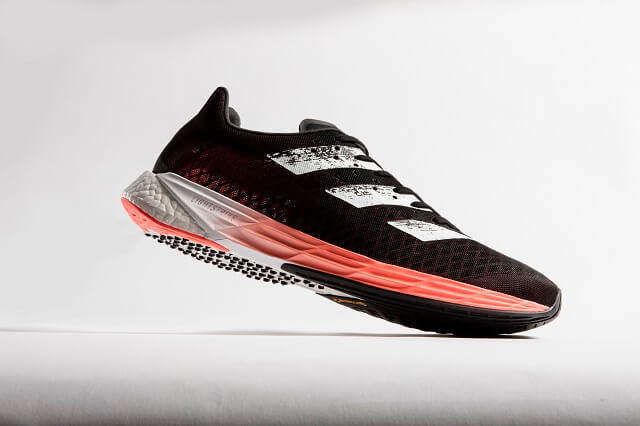