RUN IN THE DARK WITH JAN FITSCHEN 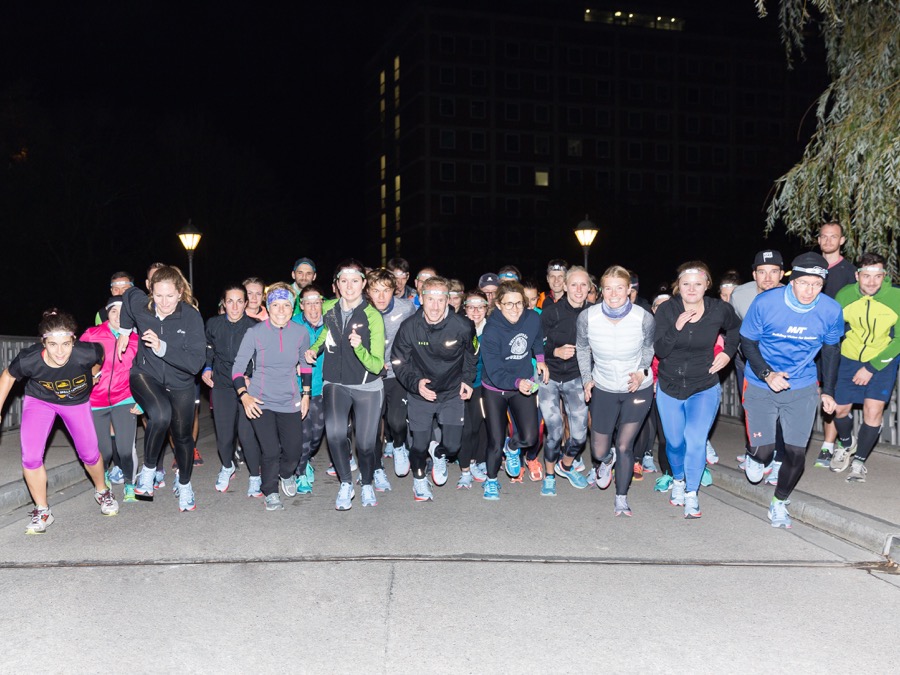 The Keller Sports Store on the banks of the Isar was the place to be on Tuesday evening! For the Run in the Dark event, we saw a very diverse group come together - some from our Isar Run club and some completely new faces too. That’s because we had a very special coach for you: Jan Fitschen! 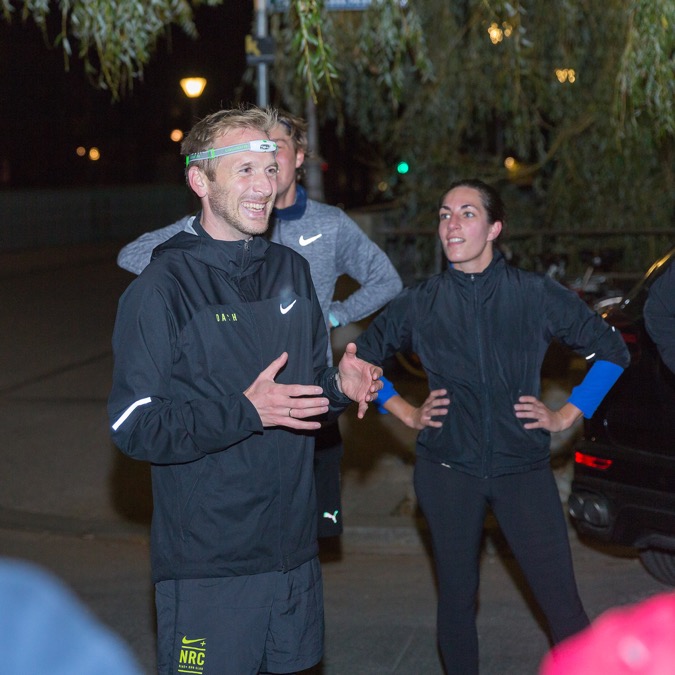 While everyone was getting kitted out with test shoes and headlamps, some already had the chance to engage the former European Champion in conversation. His passion for running was absolutely contagious: “All beginnings are hard, but once you start running and get over the first few hurdles, you’ll never regret it!” 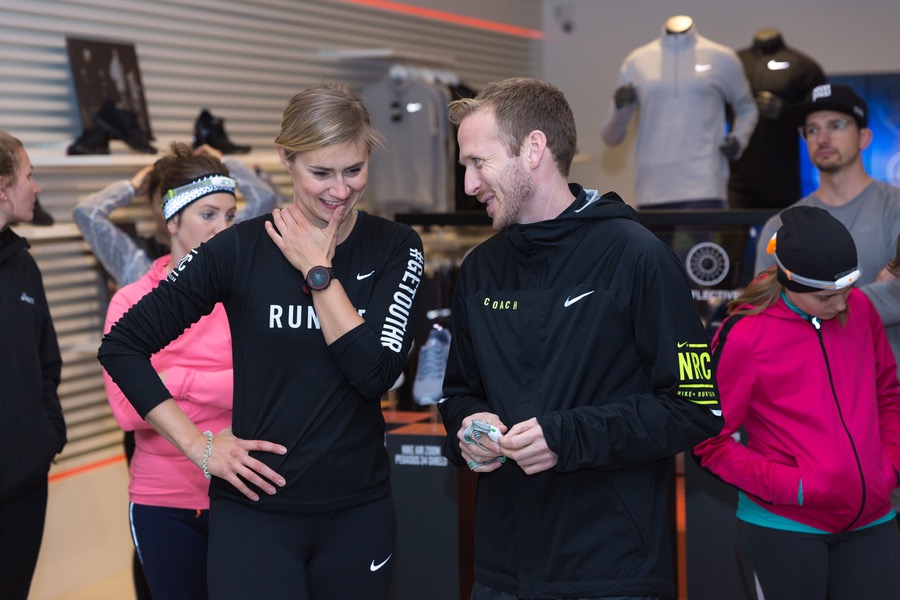 Then we set off along the Isar at a gentle pace, warming up as we approached the Deutsches Museum. You could hear and see the 50 runners from a mile away - geared up with music and headlamps, the group attracted many a curious look from passers-by. Apart from that, the reflective Keller Sports rabbit on the participants’ running jackets shimmered brightly in the lights. Before the run, we gave everyone the chance to spray them with Holmenkol reflective marking spray. Who can spot them on the pics??? 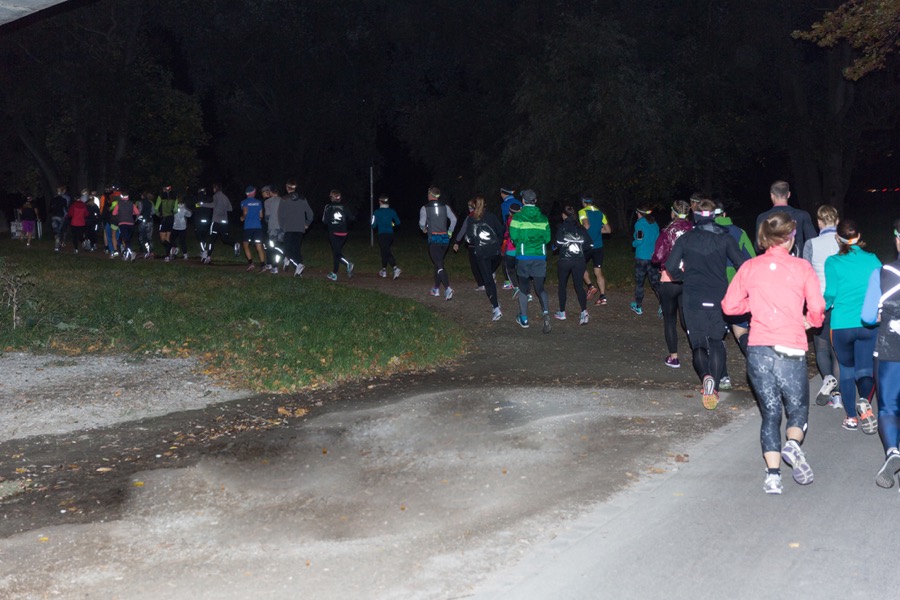 After the warm-up, Jan had a special workout prepared, which consisted of stretching, coordination exercises/running ABC and Fartlek to finish off with. 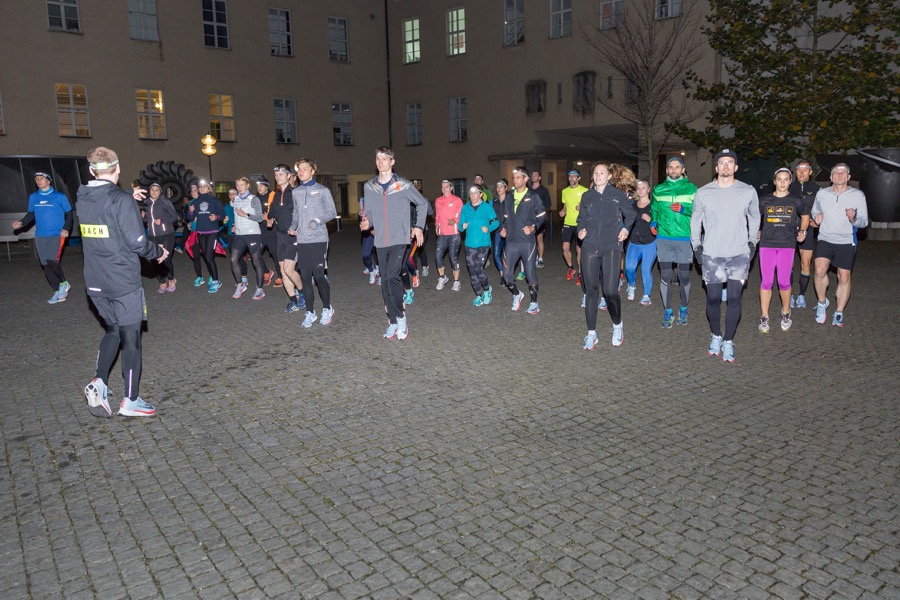 The coach’s great motivation was particularly helpful towards the end, as everyone gave their all during the interval training. Back at the store, the last few runners to arrive were greeted with a big Mexican Wave. 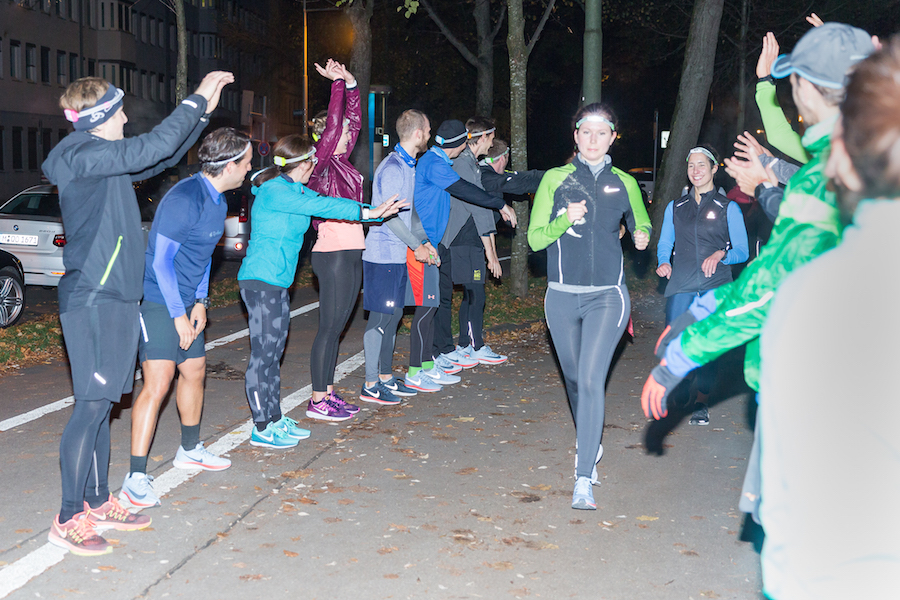 Even during the run, Jan was already open to questions and gave out useful hints and tips. Those who didn’t get the chance to talk to him then managed to catch up at the store, where we’d set up a relaxed atmosphere with drinks and snacks. The runners said he was a really friendly guy! 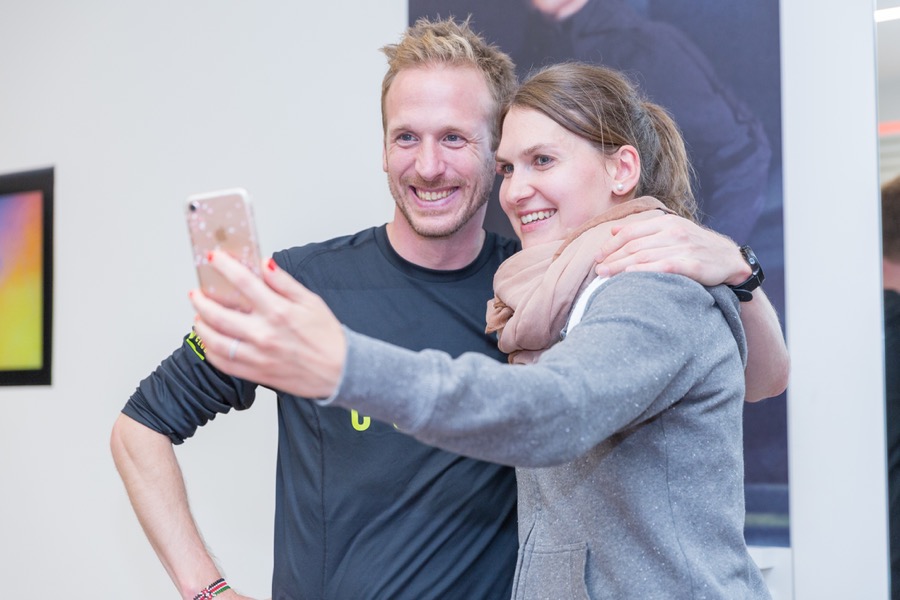 In between drinks, Jan also gave participants a taste of his book, "Wunderläuferland Kenia" (Kenya: A Runner’s Wonderland), and told everyone of his experiences at the training camp in Africa. He explained that, while training, he was overtaken by Kenyan children running barefoot. It’s incredible how running barefoot trained these kids up so well and so young! Apart from that, Jan spoke of his running career - and admitted that even pros have embarrassing moments, like needing to use the toilet just before arriving at the finish line of an important competition! Jan took the time to answer all of the runners’ questions, ranging from topics like motivation to training and nutrition. 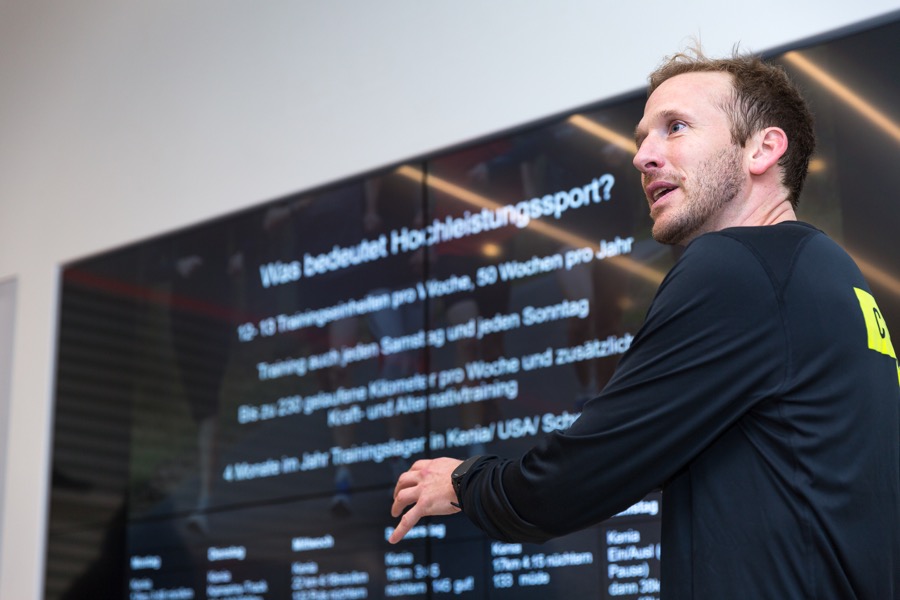 He also shared a quote from a top Kenyan runner, which puts everything in a nutshell: “Food doesn’t make you fast, training does!”. This reflects Jan’s own opinion that the life of a professional runner consists mainly of training - it’s what counts the most! 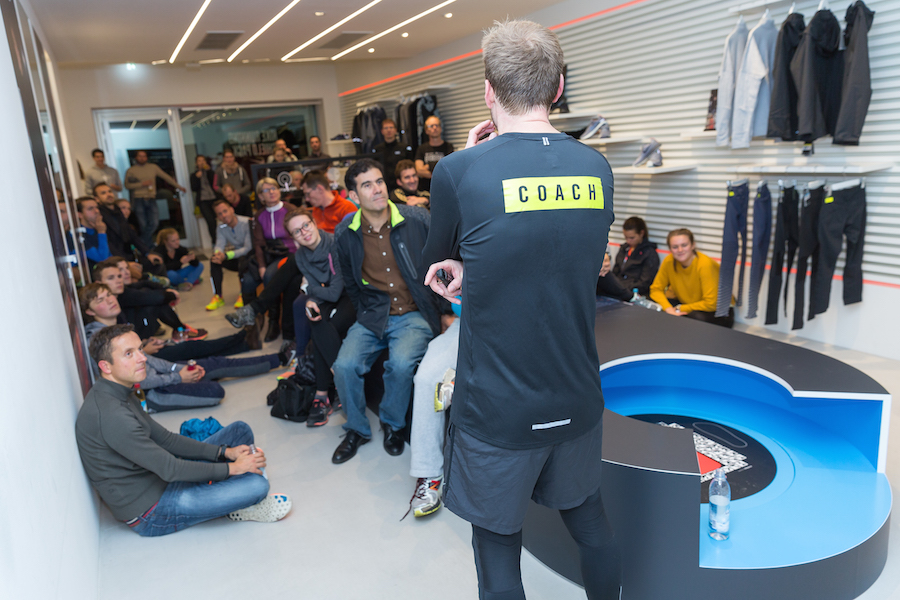 To finish off the evening, Jan played us a video showing the peak of his sports career: the moment he won the gold medal over 10,000 metres at the European Championship of 2006! The participants were very impressed with his incredible finish - a goosebumps moment for sure! Even after 11 years, Jan was clearly still emotional about that moment.

RUNNING CLOTHES IN WINTER - PROS LAURA AND ISA TRY THEM OUT

DISCOVER THE LATEST FROM NIKE PRO TRAINING. HOW DO YOU TRAIN?