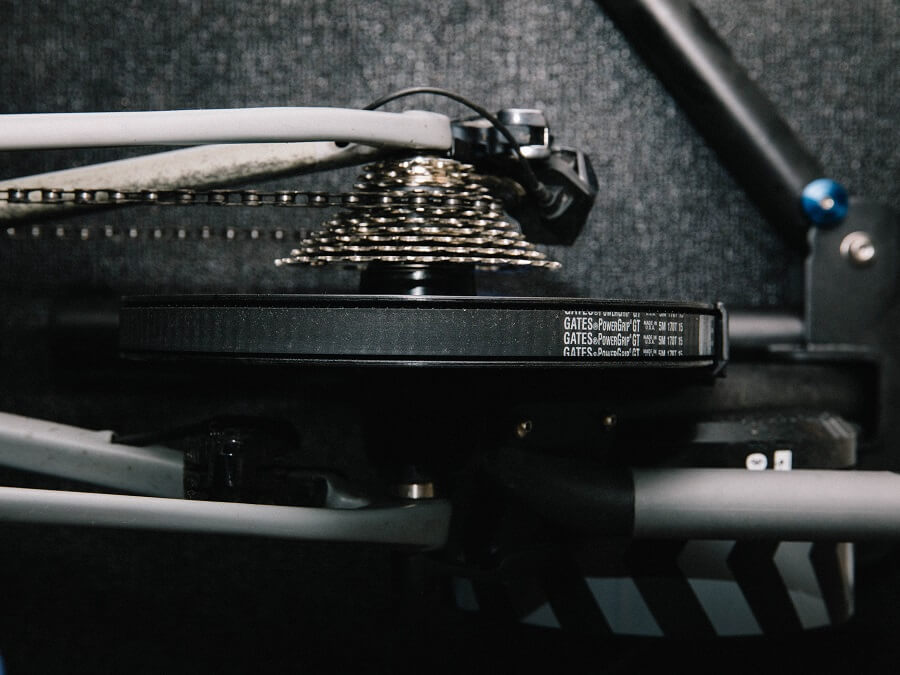 The cold season can be used in many ways and it is best to use the "off-season" for different activities: Running or cross-country skiing as endurance alternatives; ski touring if you live in the mountains; cyclocross racing if you are looking for a really tough challenge even in winter; mountain biking if you want to polish your bike skills a bit; or of course the classic roller training.

But it's not so classic any more, since both hardware and software have been upgraded enormously! Since then, there are no more hours of pedalling in front of a white wall. To be able to enjoy platforms like Zwift and Co., a so-called "smart" roller trainer is necessary.

This differs from a "dumb" (as not "smart") one in that it can communicate with a computer, tablet or phone and can also be controlled in this way. With the result that an incline is also felt as such on the bike computer or on Zwift because the software increases the resistance of the roller trainer.

The same applies to training blocks or intervals where you only have to pedal - the roller trainer and the corresponding training programme provide the right resistance. In this way, sessions on the roller can also be entertaining, and the horror of winter training disappears in a flash!

When buying a smart training roller, you should briefly define your requirements in advance, because the models sometimes differ significantly in terms of both function and price. Using the great devices from Wahoo as an example, we want to go into the differences and explain the benefits and suitability. 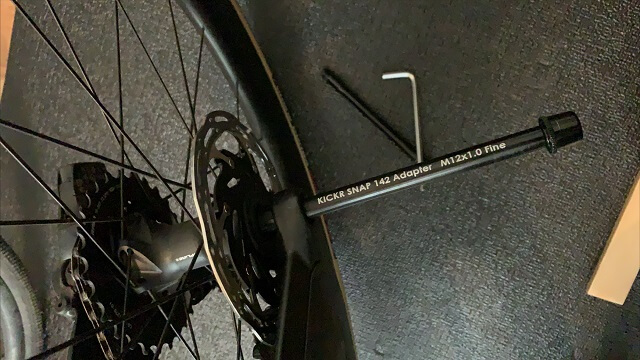 That's how you know a roller trainer, or that's how they looked a few years ago - a stable metal linkage with a resistor in between. You take your own bike as it stands in front of you and clamp it into the Wahoo Kickr Snap. All you have to do is use the quick release provided or order a suitable thru axle.

With the help of these, the wheel is securely and stably connected to the roller trainer. With one lever folded down, the rear wheel drives the roller trainer and the fun can begin. The resistance either changes progressively - without external control - or you leave the control to a Wahoo Elmnt bike computer or a training software like Zwift or Trainerroad.

The advantages of this type of construction are the low entry price and the flexibility of being able to mount almost any bike. If, for example, you want to train on different bikes - let's say a road bike and a time trial bike - then this change can be made quickly and no conversion work or the like is necessary.

Due to the indirect power transmission of the rear tyre, there is a slight loss in the immediacy of the ride - a few watts will be lost in the system and also changes in speed or the resistance changes controlled by the software will not be felt as directly and immediately. Due to the different moving parts, the noise development is also somewhat greater with this design. 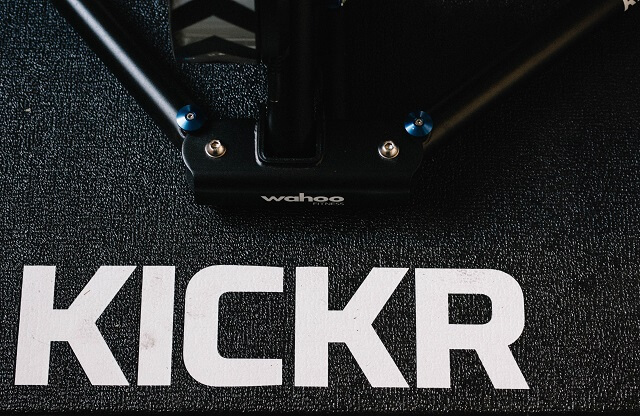 At the other end of the product range is the Wahoo Kickr, which entered a new product cycle this year. It is the classic representative of trainers with "Direct Drive". These are characterised by the fact that the user's own wheel is clamped directly onto the roller without a rear wheel.

Power is thus transmitted from the chain of the wheel directly to the resistance of the roller trainer, with the result that changes in speed and wattage are felt immediately and directly and the general riding experience is improved. In addition, this reduces any friction losses in the system, so that virtually all the power from the muscles also reaches the roller directly.

The advantages are therefore the power transmission, the directness, the quick response during speed changes and the generally higher performance of the roller. There are fewer parts in motion (the complete rear wheel is omitted), so wear and tear on parts of your own bike is also reduced. Also, due to the high-quality design of the resistance on the Wahoo Kickr, the Direct Drive trainer usually runs significantly quieter than a model where you clamp the entire wheel. 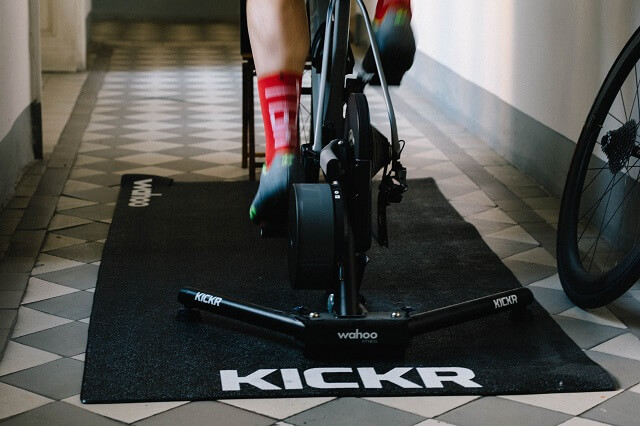 However, Wahoo has achieved amazing things with the Kickr over the years and the current interaction of the Wahoo Kickr shines with such a quiet operating noise that you could sometimes believe that nothing is moving down there at all.... Depending on the intensity and power, the running noise of the chain on your own bike is louder than the operating noise of the Kickr.

The current Wahoo Kickr model has been given movable feet as the icing on the cake, which allow greater movement of the wheel and thus enable an even more realistic riding experience. However, all this has its price and the purchase of a Kick needs to be considered accordingly.

However, if you want to train regularly or enjoy the accuracy and directness, you will not get around a direct drive trainer like the Wahoo Kickr. And the neighbours next to and below will also enjoy it. 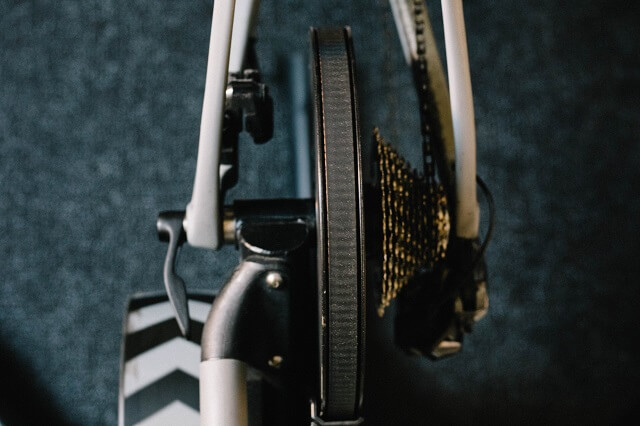 If you don't want to do without the performance of a Direct Drive trainer, but don't want to squeeze the last ounce out of yourself and the trainer, you will probably find a good home in the golden mean. The Kickr Core combines the positive characteristics of the "big" Kickr and only does without a few features, which, however, should be dispensable in the everyday life of a cyclist.

Instead of 2,200, for example, the Core can simulate "only" 1,800 watts - but even that is something your thighs have to be able to handle. The simulatable incline of 16% is also somewhat lower on the Core. And while a cassette is already mounted on the "big" Kickr, you have to get it additionally for the Kickr Core. In view of the variety of drivetrains currently available, however, it is necessary to buy the right cassette anyway.

The only real shortcoming of the Core is that it is not foldable. While the Kickr Snap and Kickr can be reduced in size and stowed away easily (e.g. in summer), the Kickr Core requires a little more space. 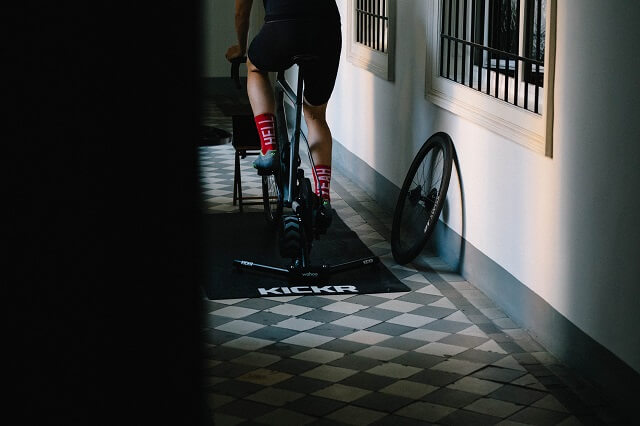 Winter training does not have to and should not be boring and with the current Wahoo roller trainers, the perfect conditions are created for riding through the winter in a relaxed and well-maintained manner and building on a respectable training level right away in the spring.

Your own requirements and budget will determine which Wahoo model is best suited. If you often switch between bikes or use different drive systems on different bikes, a Wahoo Kickr Snap is the obvious choice if the accuracy of the last watt is not so important. For those who value precision and performance, the Wahoo Kickr or Wahoo Kickr Core is the best choice.

Nowhere else do you get such direct power transmission and directness with an incredibly quiet operating noise at the same time. For the majority of users, however, the Kickr Core will be sufficient, as its range of functions fulfils almost all requirements that can be placed on a direct drive trainer.

Then it's just a matter of getting changed, providing enough water bottles, opening the window and getting going! Ride On!

EVOC: RUCKSACKS YOU CAN’T DO WITHOUT DURING YOUR NEXT BIKE TRIP