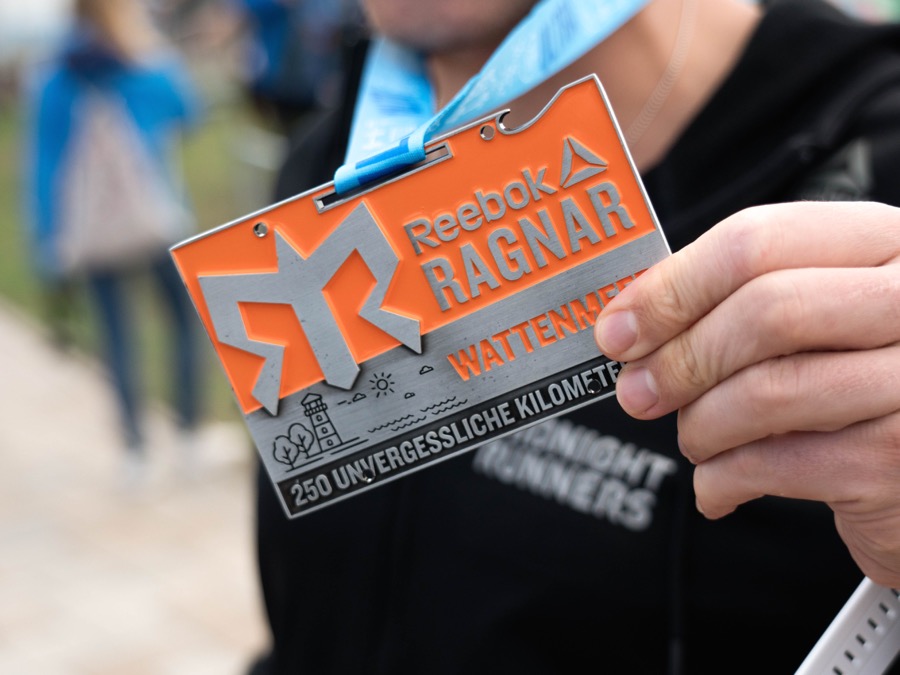 The first Reebok Ragnar to take place in Germany started on 25th August 2018. The route began in the Hamburg Fischmarkt and continued for 250 km along the Wadden Sea until St. Peter Ording. The race was split into several stages, and a total of 150 teams were looking forward to a lot of kilometres, exhausted legs, sleep deprivation and lots of fun in a team spirit. Our Keller Sports Ultra Team was among them. Unlike the other teams, the Keller Sports Running Team only entered the Reebok Ragnar Wadden Sea race with 5 runners.

In preparation for the Ragnar Relays, Reebok invited us to attend the Running Summit in Hamburg. We attended with our Reebok Running Team and enjoyed an event full of information on the latest running products by Reebok, the brand’s coming highlights and what to expect during the weekend of the race. Reebok also gave our runners a Reebok Running pack to ensure they were well prepared for the 250k relay along the coast of the Wadden Sea. From there, we proceeded to decorate our van - our home for the duration of the run. 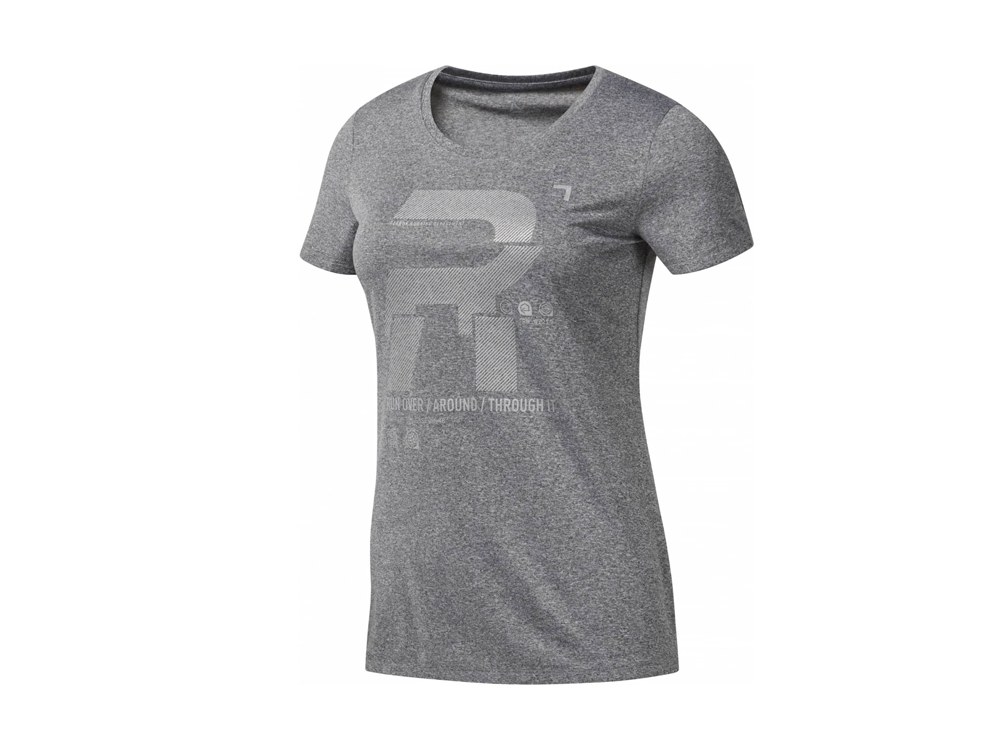 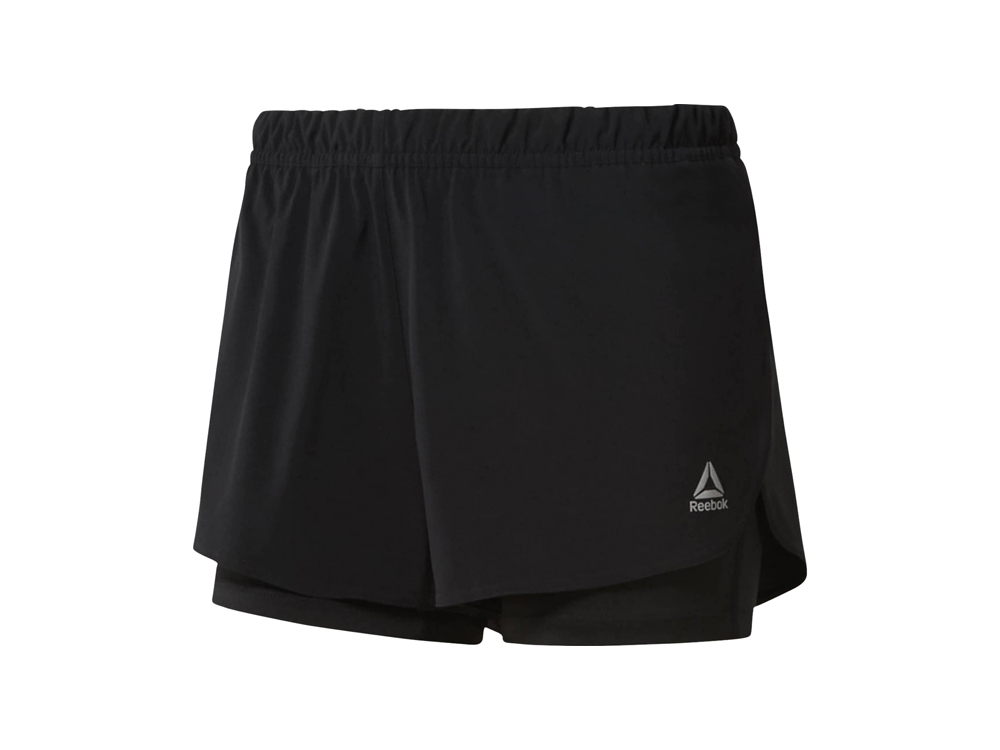 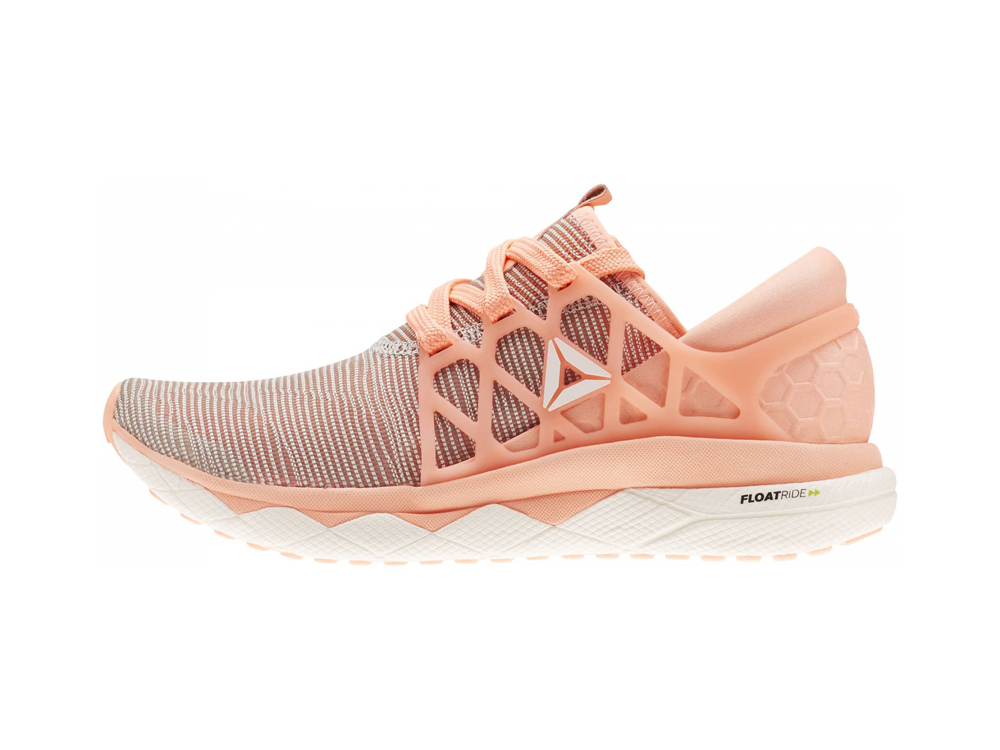 REEBOK
Reebok - Floatride Flexweave women´s running shoes (red)
134,90 €
During the get-together with the runners, our team members got the chance to share experiences and plan the upcoming relay. A big part of the event consisted in planning our strategy for the Reebok Ragnar. Our Keller Sports Running Team entered the competition as “mixed ultra” and, unlike other teams, ours covered the 250k with just 5 runners - 2 girls and 3 guys. How do you approach the Ragnar Relay? What tactics should you use? How difficult is the Reebok Ragnar? Which runner covers each stage? The answers to these questions needed to be agreed upon by the whole team. Every Ragnarian had to run 6 stages - that’s between 43.8 and 55.8 k each. Our Keller Sports Pro Chrissy was the first one up.

Hamburg, 26.08.2018: excitement and motivation are through the roof. The first runners begin the race at 9 am. For us, the Keller Sports Running Team, the Reebok Ragnar Wadden Sea race started at 3 pm. The first stage was 6.9k long, and it took our runner through Hamburg city centre. As is typical of Hamburg, the weather didn’t play along, which meant that the streets of the harbour city were wet and slippery. While the runners concentrated on their stage, the rest of the team travelled to the coming checkpoint. Run - drive - prepare - repeat - that was the motto for the next 20 hours. 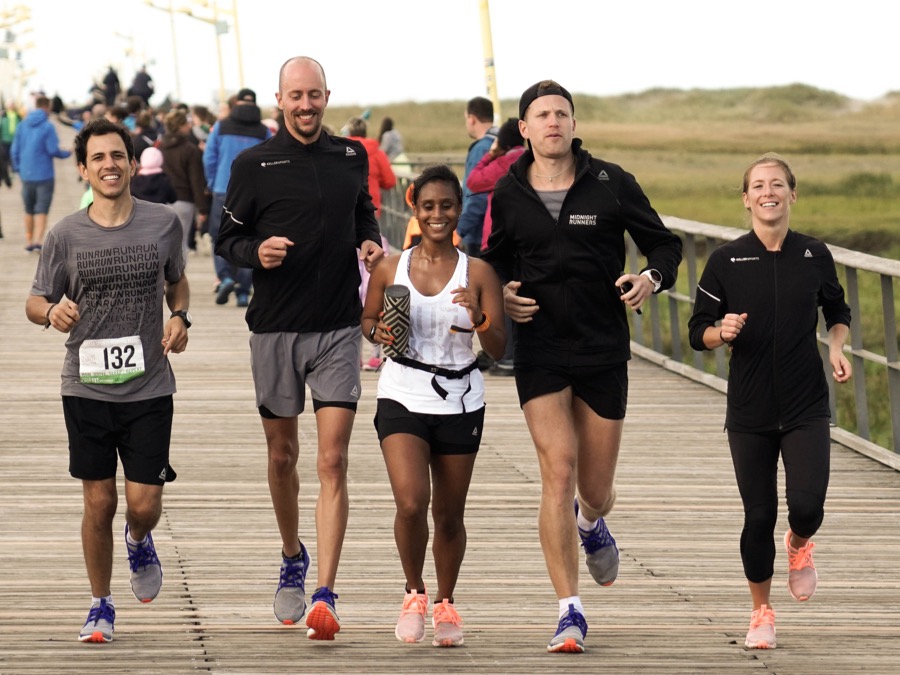 If you want to know what the Ragnarians felt and thought before, during and after the Reebok Ragnar Relay race, and what their impressions are of the 250k relay, it’s best if they tell you about it themselves:

“The Reebok Ragnar Wadden Sea 2018 was awesome - the best and most unusual race I’ve taken part in. My highlights of the run? Decorating the van, the amazing team spirit, the mutual encouragement, the good atmosphere almost to the very end (despite the rain and the cold). We were the best team ever. We stuck together and we spurred each other on all the way to the finish line - crossing it as a team after 250k was the icing on the cake (and the shower afterwards was great too!). The most difficult challenge during the Ragnar Relay was not getting confused at night and carrying on despite the wind and the rain - on and on and on. Running at night is something else. You often can’t see much and suddenly you’re in the middle of a herd of sheep. But the team ahead kept my motivation up, so I could grow stronger and fight through it all. All of the runners from the other teams did a great job at keeping themselves together too. The main focus was on having fun. It was a very unusual event, you should try it!” 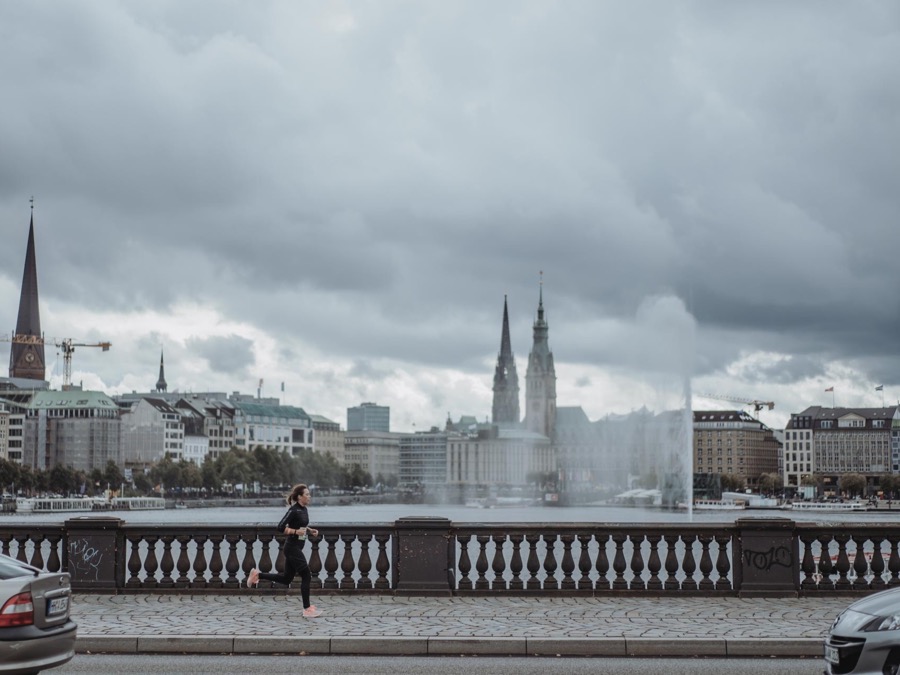 “It was a hectic and intense race, especially for as an Ultra Team. But it’s precisely this intensity that makes a relay race even more interesting. One of the highlights of the race for me was during the first stage - this is when I realised that we’d be travelling from Hamburg to St. Peter Ording on foot. Running at night was also something very special: full moon, rain, darkness and my own breath, but nothing else. Another challenge was the space inside the van. Although we all managed to find our own space in the end, it was bit of a squeeze. It was an indescribable feeling. The atmosphere both on and off the relay route was fantastic. There were smiling people everywhere, pushing their own boundaries and helping others overcome theirs. Our group was amazing. We had passionate runners and running coaches, a doctor, an Ironman finisher and someone in charge of organisation. The weekend has left me with some unforgettable memories - mostly thanks to the Ragnarians.”

“The Reebok Ragnar Wadden Sea race was an exciting and well-organised event with lots of highs but also some lows. I’m usually quite nervous before a competition, so I go a bit quiet, but attending the Reebok Running Summit the day before calmed me down. After decorating the van, we fired up a barbeque, at which point my nerves had gone completely. Your team, especially during a Ragnar Ultra, plays a big role in how the event pans out for you. The guys and girls were really friendly. We had lots of fun in our van and everything was really well organised, so we got the chance to prepare really well for our upcoming stages. 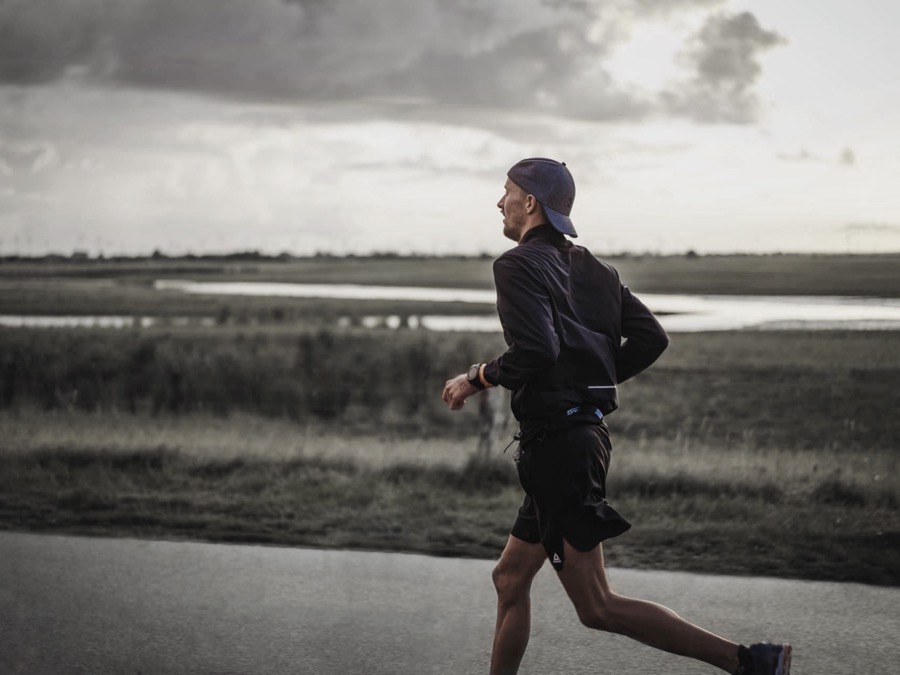 Our motivation was really high at the start of the 250k but it sank lower through the night and lower still the further along the route we got. Apart from being tired and in pain, we had to put up with running in non-stop rain and being wet all the time. The hardest part of the Ragnar Relay was in the middle of the night. I lost my way during the 4th stage and ended up running 2 stages instead of just the one. This meant a good 20k, which normally wouldn’t be a problem for me, but my legs had already covered a long distance and it was cold, wet and dark. I was very relieved to meet up with my team again at the next checkpoint.”

“The first Ragnar Relay in Germany was indescribable. It was completely different to what I’m used to. The sleep deprivation, the bad weather and the endless stages (250k of them!) all added up to a unique experience. Joining a competition without knowing my race buddies beforehand felt odd, but in St. Peter Ording, after 250k of highs and lows, we’d become a very close team, so crossing the finish line together felt better than ever! The weather during the Reebok Ragnar Relay made things hard for us. It was cold, wet and windy throughout every single one of my stages. But seeing how sports bring people together was fantastic. Although we didn’t know each other at first, we grew stronger together and in the end, we achieved our goal as a team. It was great to meet new people and get to know the German culture, and to find out what motivates the Ragnarians too! 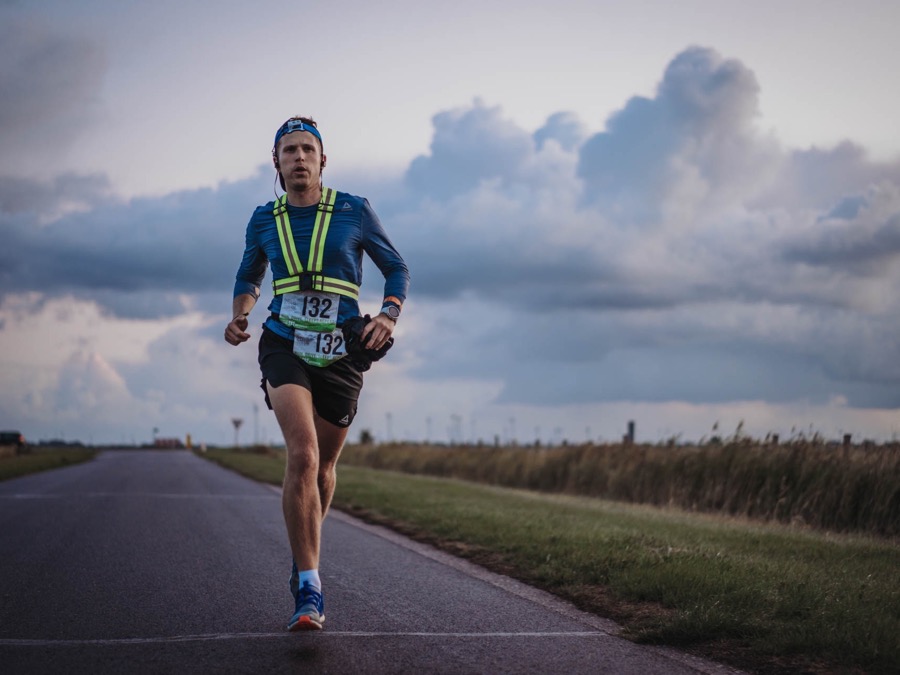 Julia (sMiles winner): 5th runner “Before my first run, I was obviously quite nervous - wondering how everything would go, whether I’d get lost, whether I’d be fast enough. But during the run, it was actually great! Although every stage was exhausting, the sleep deprivation didn’t make things easier and I missed eating normal food, there were a lot of highlights for me during the competition. Like when I dragged a joke from the depths of my memory to get me out of a low spell, or when I kept up the pace despite the ache in my legs. Apart from that, I loved the community feel and team spirit of all the runners there, especially the Midnight Runners, who helped us out a lot. Crossing the finish line as a team was very special, and I even had the honour of running the final stage. 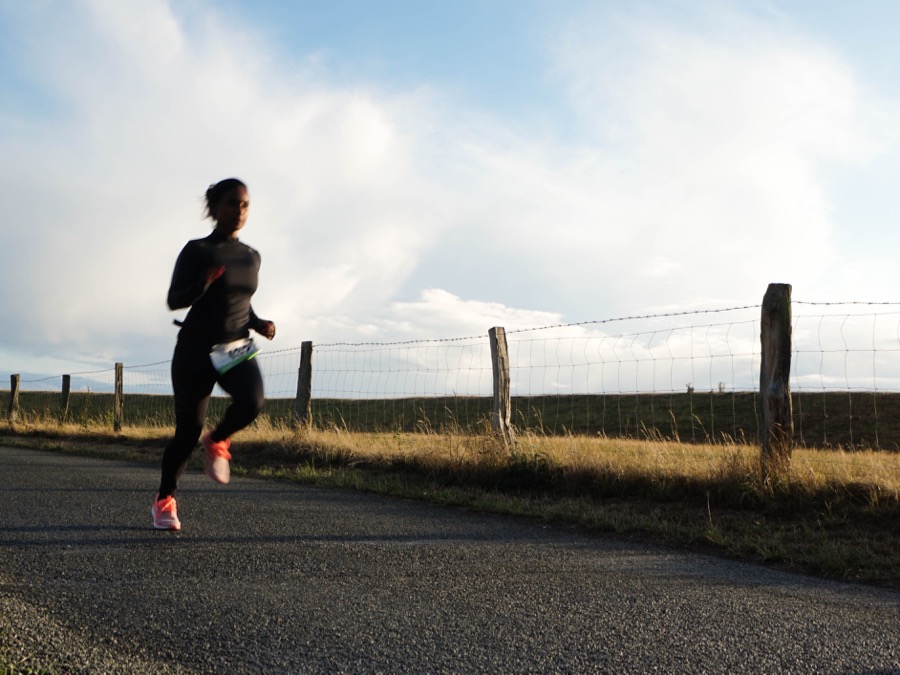 It was an incredible event, and I don’t think anything else will ever come close to it. It was a unique experience both physically and mentally. The combination of day and night, an extreme distance and amazing team spirit amounted to something extraordinary.”

The Reebok Ragnar Wadden Sea 2018 in a nutshell

The first Reebok Ragnar Relay in Germany was a complete success. The race was great fun, the atmosphere was fantastic both on and off the route, and the community spirit within and between teams was wonderful. We’d like to thank Ragnar Relay and Reebok for organising and hosting this event. And thank you, to all of the Ragnarians - it’s been an honour running with you! As if things weren’t already good enough, just wait until you read about the results of the race! With a time of 20 hours and 2 minutes, the Keller Sports Running Team was the winner of the “Mixed Ultra” category, and we came in 6th place in the race overall. Congratulations to the Westcoast Runners, who won the “Overall” category with a time of 17:48.
check out the new Reebok Running collection » 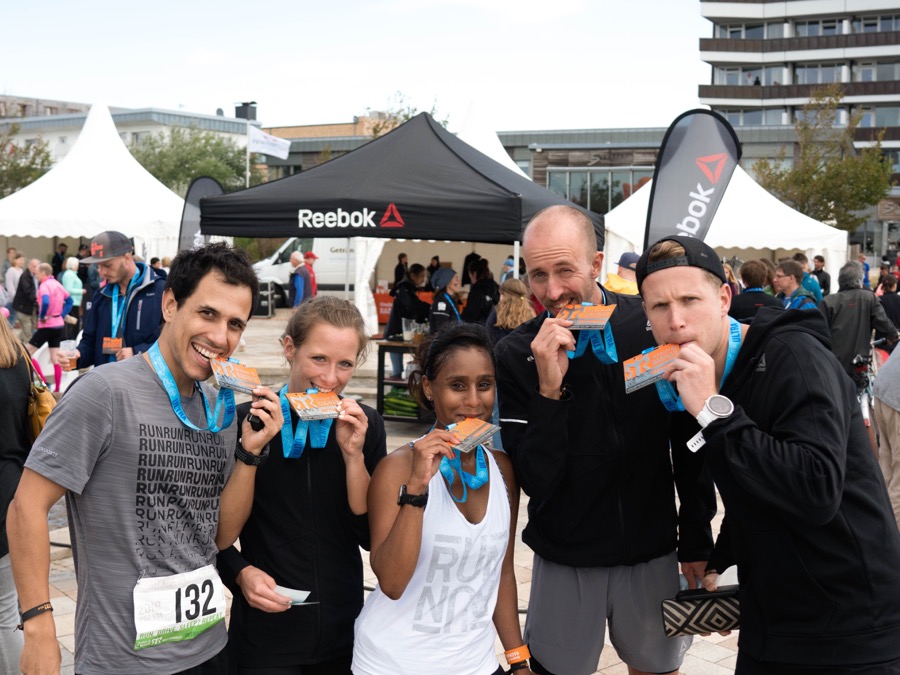 THE BENEFITS OF RUNNING GROUPS