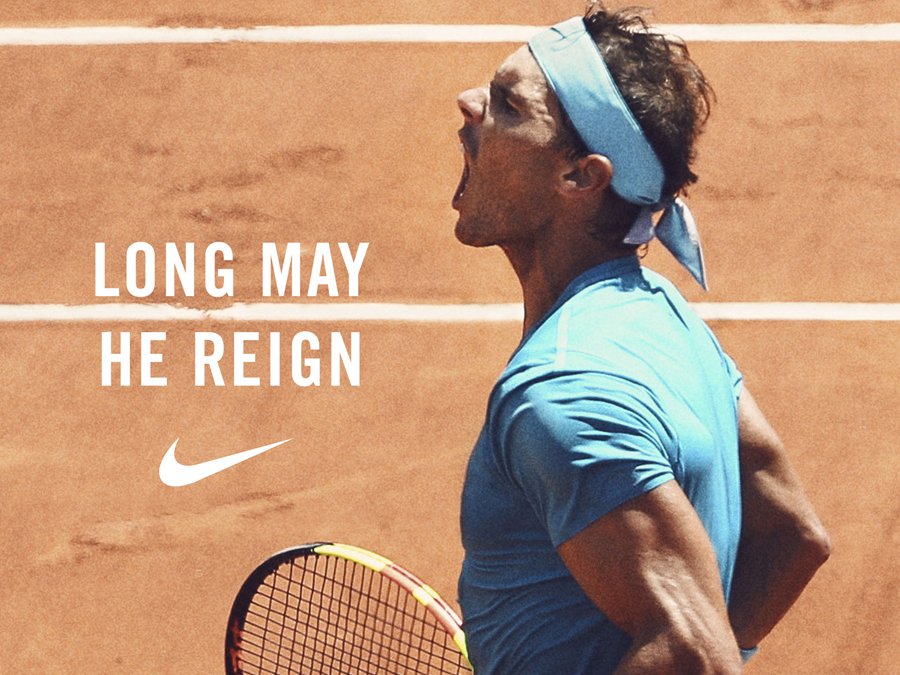 The King of Clay has proven his worth once again. Rafael Nadal beat Dominic Thiem in the Grand Slam tournament in Paris, earning him his eleventh title in this tennis competition. With this latest victory, it means he’s won eleven of the last fourteen Paris Grand Slams. It’s his 17th Grand Slam title overall. As for the women, Simona Halep was victorious over US player Sloane Stephens in the final. It’s the first Grand Slam title the Romanian champion has won after losing in three finals. Let’s look back on the amazing performances over the last few weeks. 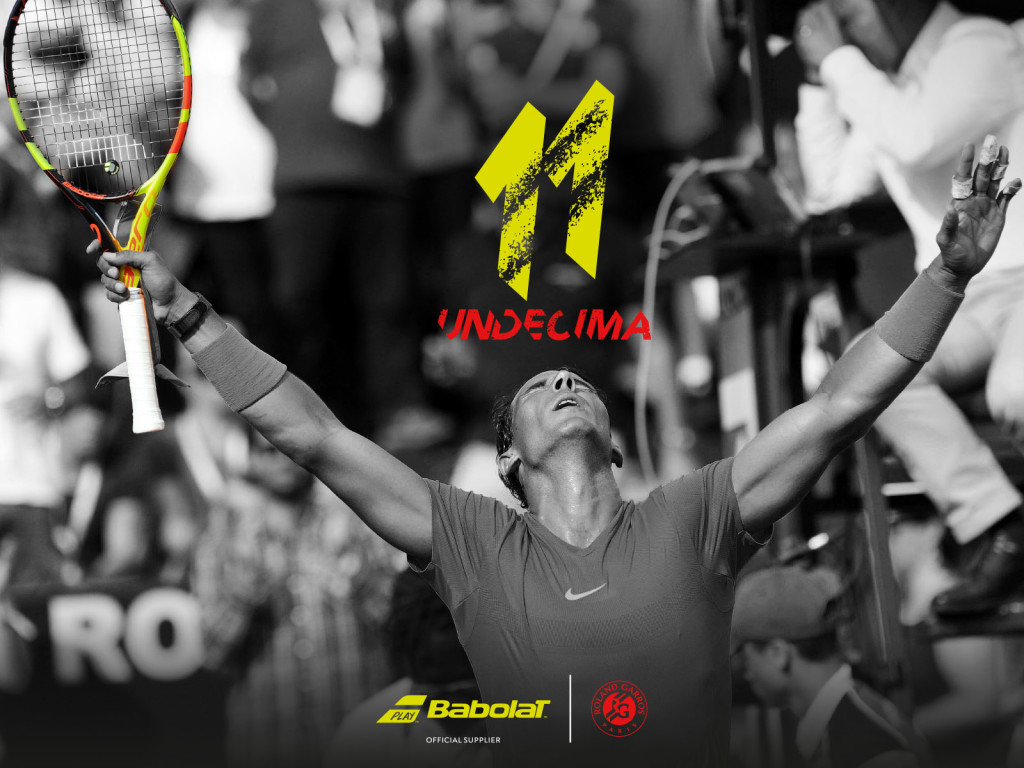 The final saw Rafael Nadal battle it out against Dominic Thiem, from Austria. This much-awaited top-class tennis match escalated quickly. It was a pretty weak start for the young Austrian player, who lost eight points out of nine. He managed to break back after a good 20 minutes and balanced out the score with 2:2 against the crowd’s favourite. After an intense hour, Rafa won the first set with 6:4. 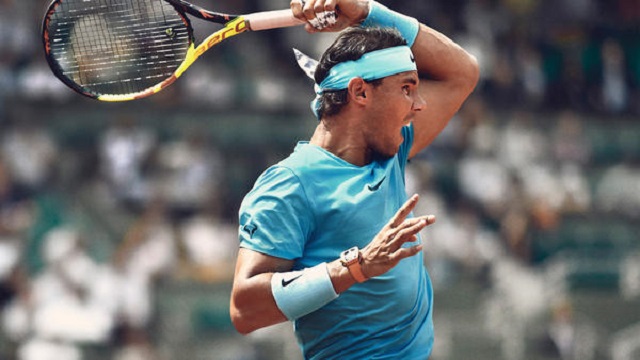 Thiem kept making more and more mistakes during the service game and lost 0:2 on his own serve. He stood up to the King of Clay, took some risks and even got a chance to break back in the seventh set, but he missed the opportunity and lost to Nadal, 5:2. After just under two hours, the second set went to Rafa, with 6:3. Rafael Nadal needed treatment in the third set, as he had bad cramp in his racket arm. After getting fixed up, the Spaniard played on. This break didn’t do Dominic Thiem any good. His insecurities grew throughout the game and paved Rafael Nadal’s way to his eleventh title in Paris. The match lasted 2 hours and 42 minutes, marking the end of the tournament. Rafael Nadal beat Austrian Dominic Thiem with 6:4, 6:3 and 6:2. Spectators in Paris and all around the globe bowed to the King of Clay, Rafael Nadal. Upon receiving his trophy, the Spanish player was visibly moved and was unable to hold back the tears. To celebrate his “La Undecima”, Nadal’s outfitter, Nike, has designed a special t-shirt with a large number 11 and Nadal’s logo. This exclusive top will soon be available in our shop in extremely limited numbers. Did you watch the Grand Slam finale between Thiem and Nadal as well? What do you think of their performances?
Discover the new Nike Tennis collection here » 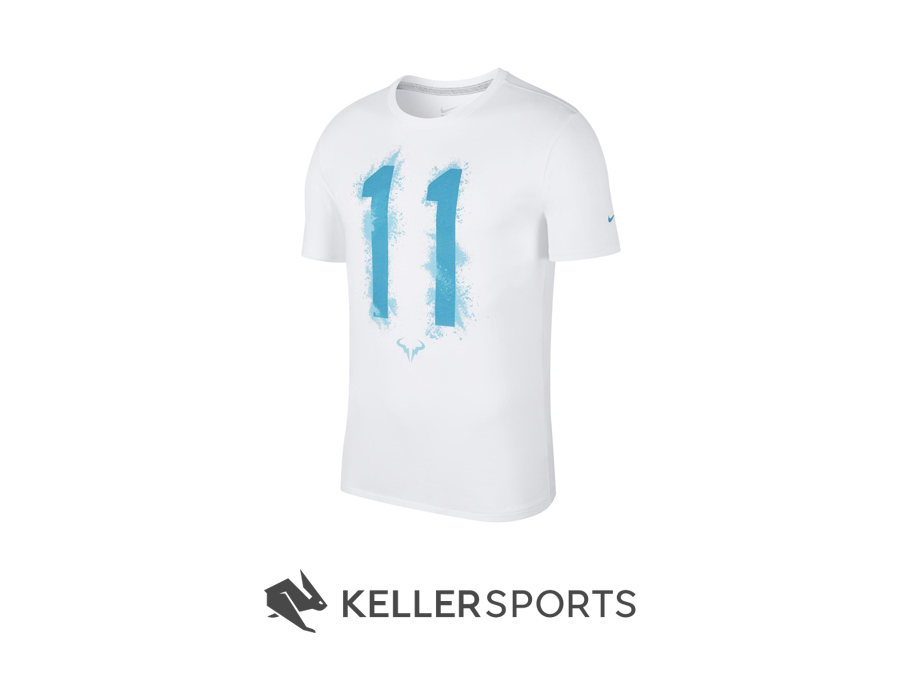 Fourth time lucky! World No.1 Simona Halep has succeeded in winning her first title during her fourth Grand Slam final. She didn’t seem likely to win this match, as she started off making lots of mistakes and fell behind her opponent at 3:1 after a break. American Sloane Stephens simply played better and won the first set with 6:3. The second set saw the match slowly turn in favour of Halep. She got increasingly better and upped her risks until, after lagging behind with 2:0, she suddenly caught up with 2:4. After a small backhand mistake by Stephens, the set scores stood at 1:1. After that, the Romanian player battled on in confidence and was soon in the lead with 4:0. Stephens wasn’t able to recover from this, and after an intense two hours, Halep became the Paris champion with 3:6, 6:4 and 6:1. 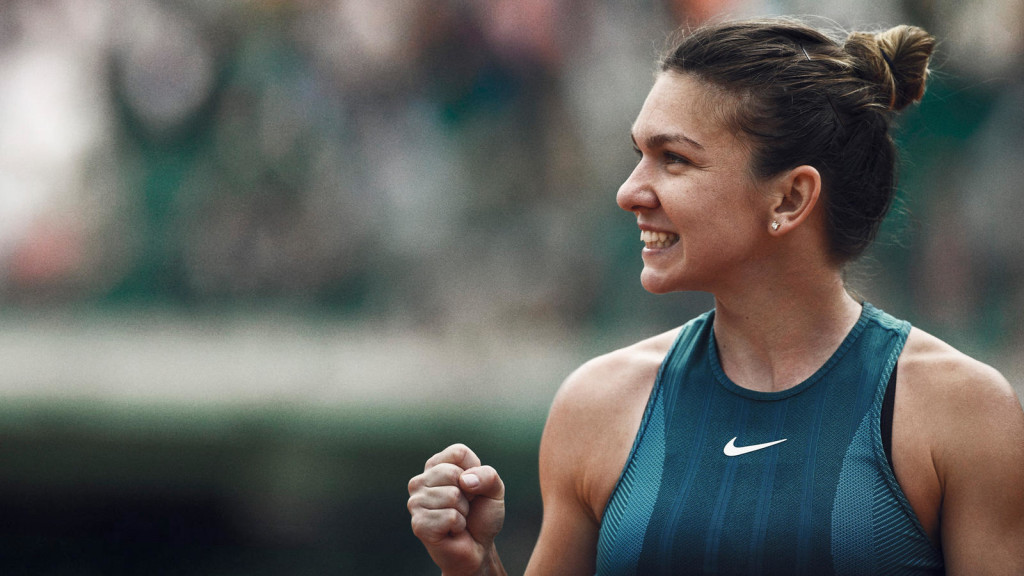 The French tournament in a nutshell

This Paris tournament has been a furiously heated. Outstanding tennis, exciting matches and well-earned victories. The final between Nadal and Dominic Thiem proved that the young generation of tennis players can definitely hold their own. The future of the ATP lies with players like Thiem and Zverev. What did you think of the Grand Slam in Paris?
Browse through the new Nike Tennis women’s collection here »
Tags: FRENCH OPEN, GRAND SLAM, NIKE, RAFAEL NADAL, ROLAND GARROS, SIMONA HALEP, TENNIS

SAYSKY: THE PERFECT COMBINATION OF FUNCTION AND DESIGN