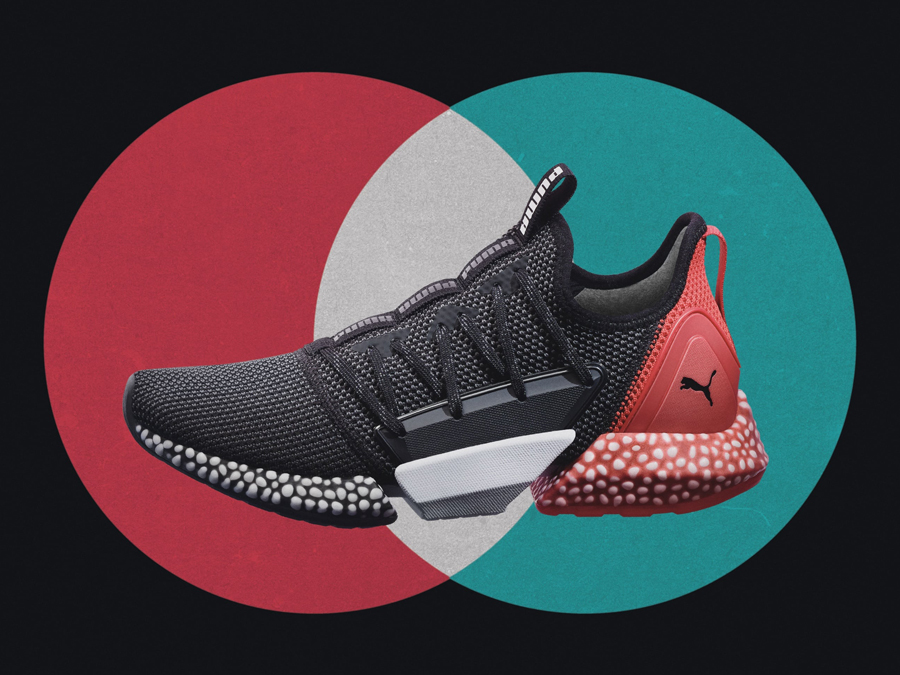 Not long ago, our partner PUMA launched the new PUMA Hybrid Rocket running shoe. The ‘Hybrid’ in the name refers to several different aspects of the running shoe. It’s a performance running shoe but its modern design means that it doubles up perfectly as a lifestyle trainer. Even the midsole materials are the result of a hybrid solution, bringing together two innovative technologies: PUMA IGNITE FOAM and NRGY beads. The sole under the heel and forefoot of the PUMA Hybrid Rocket reminds you of the adidas UltraBOOST. adidas’ most popular shoe also happens to be a running shoe and lifestyle trainer in one. In this post, we’re going to bring you closer to the PUMA Hybrid Rocket by comparing it to the adidas UltraBOOST and going into the long history of rivalry between adidas and PUMA.

PUMA has been working on the brand’s biggest innovation in running technology for many years now. The aim was to combine soft cushioning with excellent energy return. The new PUMA Hybrid Rocket is proof that the label has succeeded. The shoe brings together two of PUMA’s most innovative technologies: IGNITE and NRGY beads. This is how the fusion works: PUMA IGNITE Foam reacts to the pressure you put on the shoe when you run. The foam absorbs this power and returns it to the foot straight away. NRGY beads cushion every stride softly. During the push-off phase, the rebound effect provided by the IGNITE Foam will drive you forward. 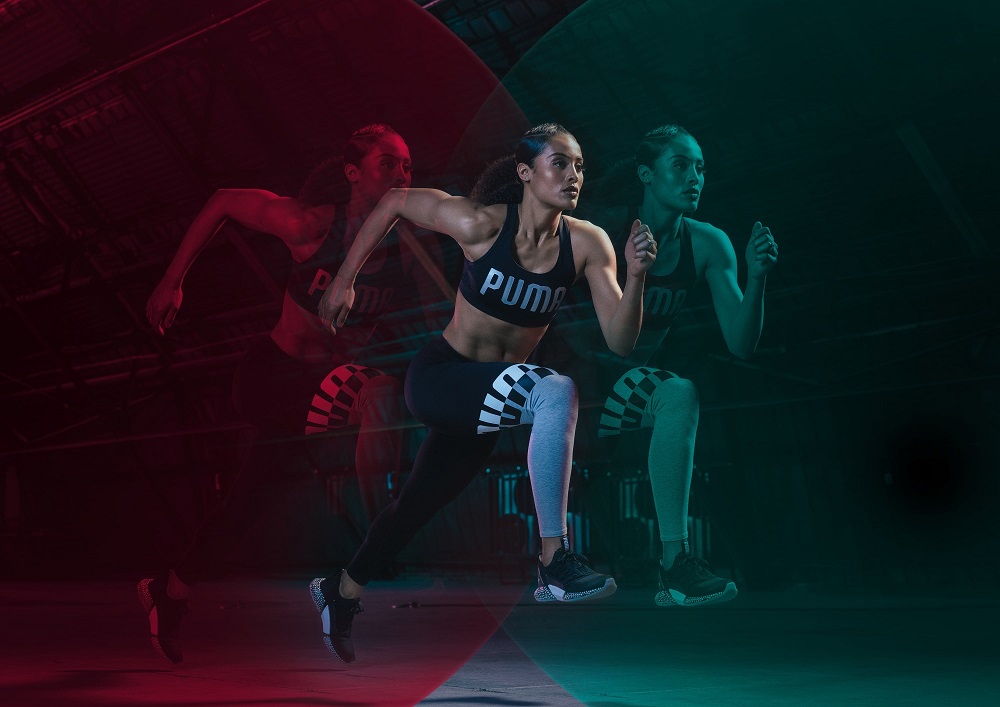 The result is a softly cushioned yet energised, dynamic shoe that’s ideal for long-distance runs. Rounding off the model is the perfectly matched PUMA NETFIT upper, which delivers a sock-like fit. This upper is also very light, soft and good-looking. Let’s move on to the other side of this hybrid shoe: the fusion of a high-tech sports shoe with a beautifully designed lifestyle trainer. We love the look of the new PUMA Hybrid Rocket. We find the colourful sole and the clear division between the IGNITE Foam element and the loose NETFIT upper very attractive. We can definitely see the Hybrid Rocket working as a lifestyle trainer. The soft cushioning provided by the NRGY pearls makes the PUMA Hybrid Rocket a very comfortable shoe.
Discover the PUMA Hybrid Rocket now »

When it comes to thinking of an athletic running shoe with a great lifestyle trainer, the first example that springs to mind is the adidas UltraBOOST. This performance running shoe has already found its way into our everyday lives. It’s safe to say it’s used almost as much as a lifestyle shoe as it is a running shoe. It’s for this reason, and because of the similar design, that we’re drawing parallels between the adidas UltraBOOST and the PUMA Hybrid Rocket. You can see similarities between the two soles, but also differences. PUMA NRGY pearls are very similar to adidas BOOST. Both materials look a little like joined-up polystyrene balls. adidas actually complained about PUMA’s sole technology, claiming that NRGY was a copy of adidas BOOST. 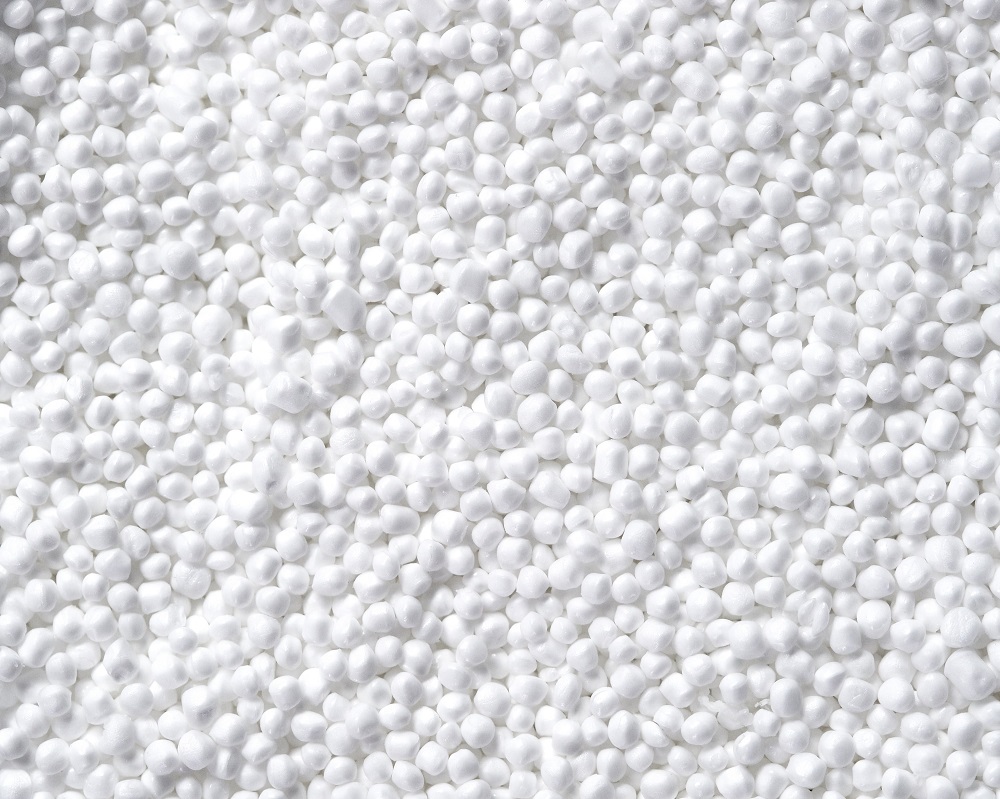 The complaint was dismissed, which is why PUMA continues to manufacture soles and shoes. This alone is enough proof of the rivalry between both companies, which goes a long way back. We’ll look into this in more detail later. One very obvious difference between the adidas UltraBOOST and the PUMA Hybrid Rocket Netfit is the distribution of the outsole. adidas’ UltraBOOST has a cushioning sole that spans the entire length of the shoe. PUMA’s NRGY technology, however, is accompanied by a second sole material. The PUMA sole also sports two deep grooves, splitting it into three sections. This kind of groove isn’t a rarity among running shoes, as it helps make the shoes more flexible. The hybrid sole solution we see on the PUMA Hybrid Rocket Netfit has a completely different unique selling point to the adidas UltraBOOST. 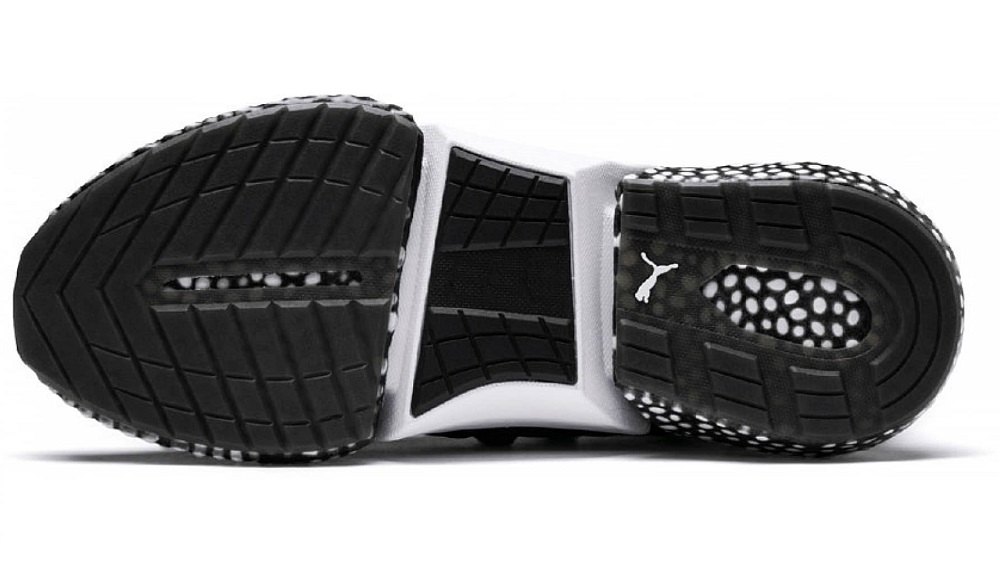 Another difference between the two shoes that’s easy to spot at first glance is the lacing system. For the UltraBOOST, adidas relies on a classic lacing system, whereas the PUMA Hybrid Rocket has much deeper-set laces, so you can adjust the shoe perfectly to your midfoot. This model also comes in a modern design. What both shoes do have in common, however, is the comfort they provide. Both models make you feel like you’re walking on clouds. Very soft, comfortable and with a sock-like fit - this is what makes the footwear perfect running shoes and lifestyle trainers. We actually think the performance of the PUMA Hybrid Rocket is slightly better than that of the UltraBOOST, but both models are comfortable, chic, modern and extremely versatile. 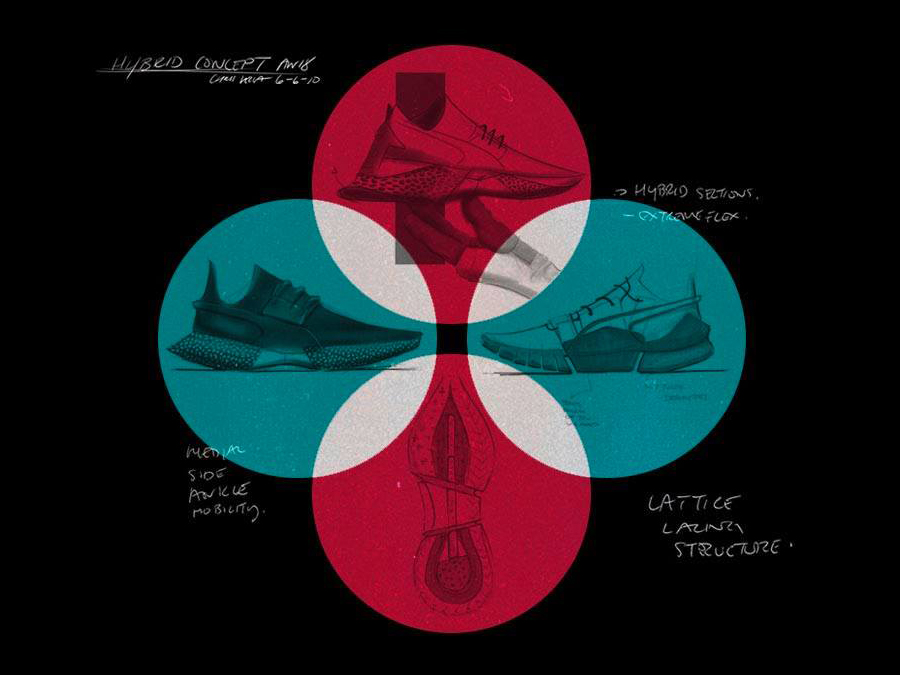 A story of rivalry between PUMA and adidas

The current rivalry between the two brands stems from a common past. In 1924, brothers Rudolf and Adolf Dassler founded the Gebrüder Dassler shoe factory. They designed, manufactured and sold sports shoes together in Herzogenaurach, Bavaria. They also kitted out athletes with their shoes for big competitions. During the 1936 Berlin Olympics, most of the German athletes were wearing Dassler shoes. Even Jesse Owens won his four gold medals in Dassler running shoes.

Then, Rudolf Dassler was drafted into the army during the Second World War. While he was sent to Poland, his brother Adolf stayed in their hometown factory. Around this time, the relationship between the siblings began to deteriorate. In 1945, when the Russian army was marching steadily onwards, Rudolf Dassler deserted and fled to Herzogenaurach. Shortly before reaching his destination, he was captured by American soldiers. This sparked the suspicion in Rudolf that his brother or his sister-in-law had betrayed him. Based on this assumption, Rudolf got revenge on Adolf by reporting him to the ‘Entnazifizierungsausschuss’, an organisation founded after Hitler’s downfall to free the German and Austrian states of National Socialist influences. This amounted to accusing Adolf of Nazism and was what tore the two brothers and their families apart for good. Rudolf Dassler left the joint company in 1948 to found his own sports shoe factory just a couple of hundred metres away from the original factory. He named his company after his former nickname, PUMA. In turn, Adolf, often called ‘Adi’, named his company adidas, which is a shortened version of ‘Adi Dassler’. 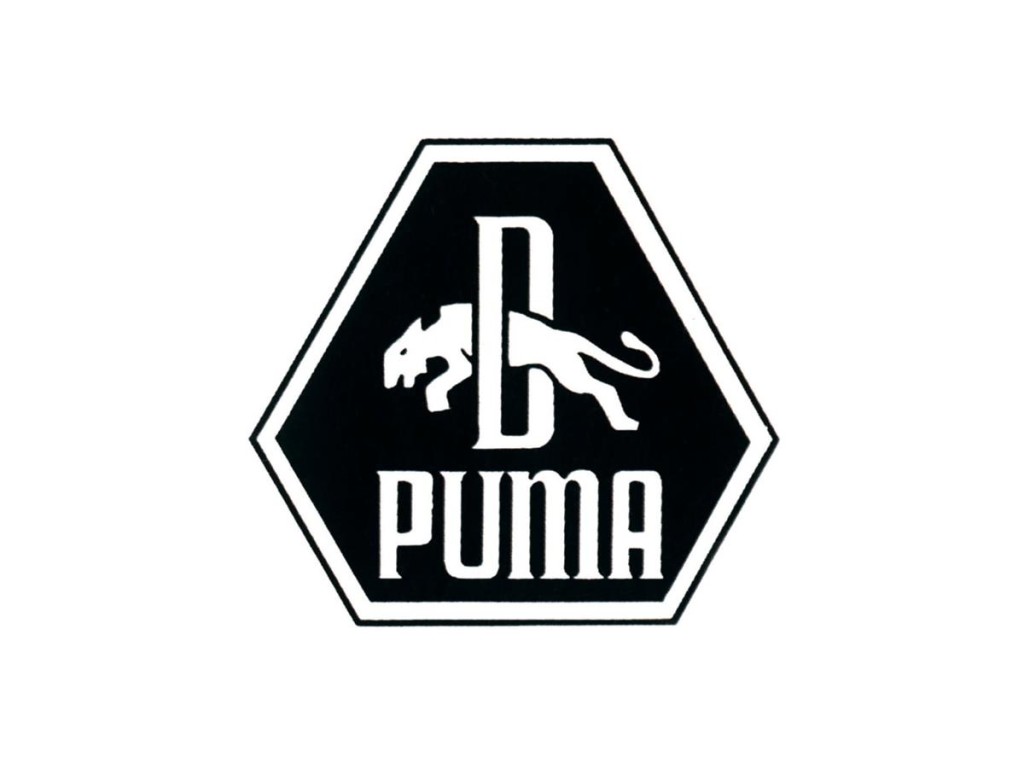 The split didn’t end the rivalry between the brothers - it only made it stronger. Their rivalry spread to their families, the entire town of Herzogenaurach and of course the companies and their products. One of the biggest quarrels was about who had invented the screw-on studded shoes with which the German National Football Team earned its surprising victory in the 1954 World Cup. In actual fact, these shoes were already around in England in the early 1900s, so neither adidas nor PUMA can take credit for inventing them. The brothers’ rivalry continued until after their deaths. It was only in 2009, sixty years after the split, that adidas and PUMA shook hands during the Peace One Day event. However, we think the PUMA Hybrid Rocket’s close competition with the adidas UltraBOOST could put a strain on adidas’ and PUMA’s new-found friendship.
Check out the new PUMA Hybrid Rocket running shoes now »
Tags: ADIDAS, BOOST, HYBRID ROCKET, PUMA, RUNNING, RUNNING SHOE, RUNNING SHOES, SHOES, ULTRA BOOST, ULTRABOOST

RUN IN THE DARK WITH JAN FITSCHEN