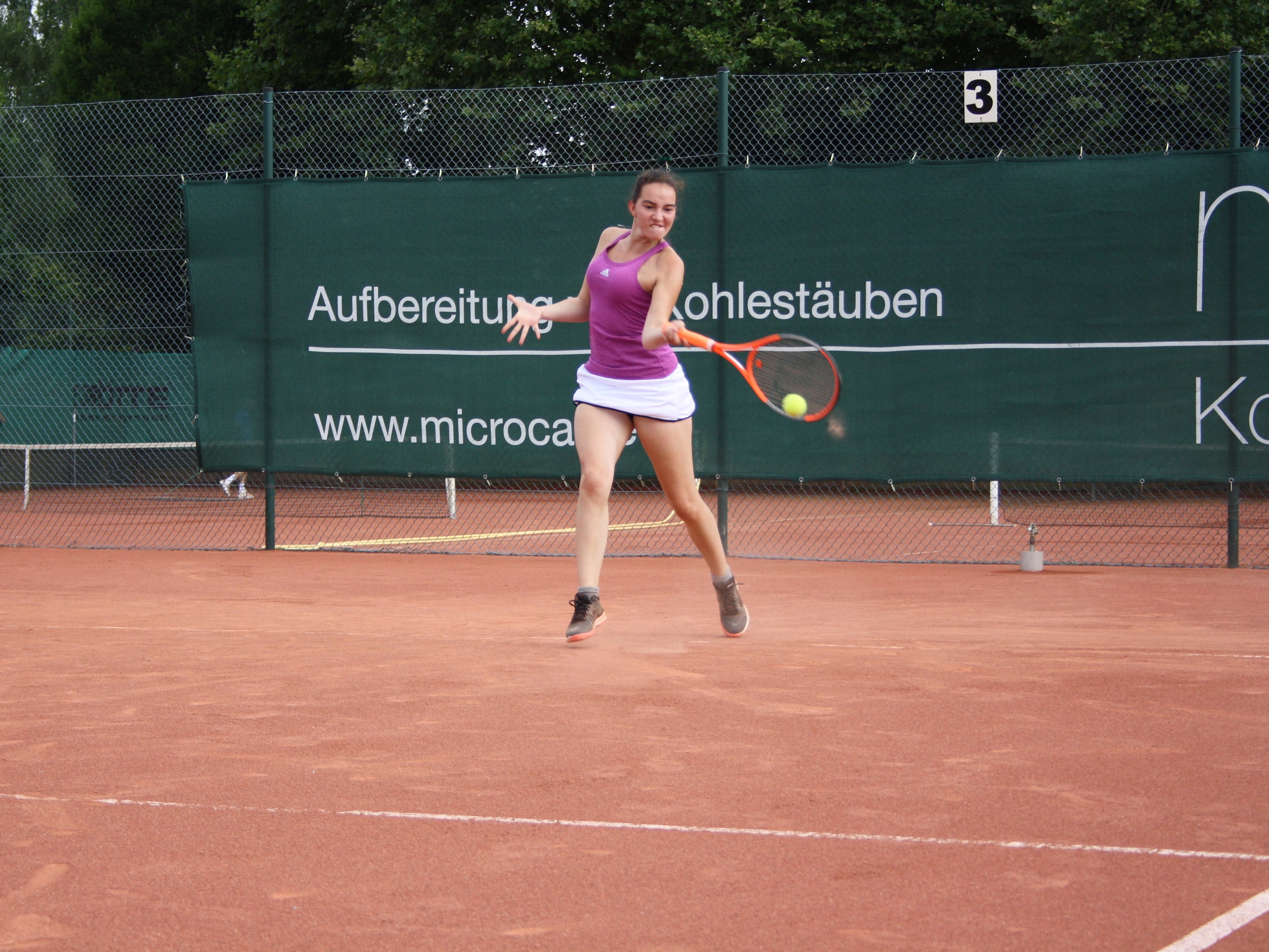 A few weeks ago we hosted a competition - the prizes were the new and limited Wilson tennis rackets: Burn Reverse and Blade Reverse. At the end of the competition, eight winners received the rackets. The first winner, Lara, has now sent us her test review and we want to share it with you. Thanks for the test Lara. Have fun with your new racket! This is what she had to say about it: 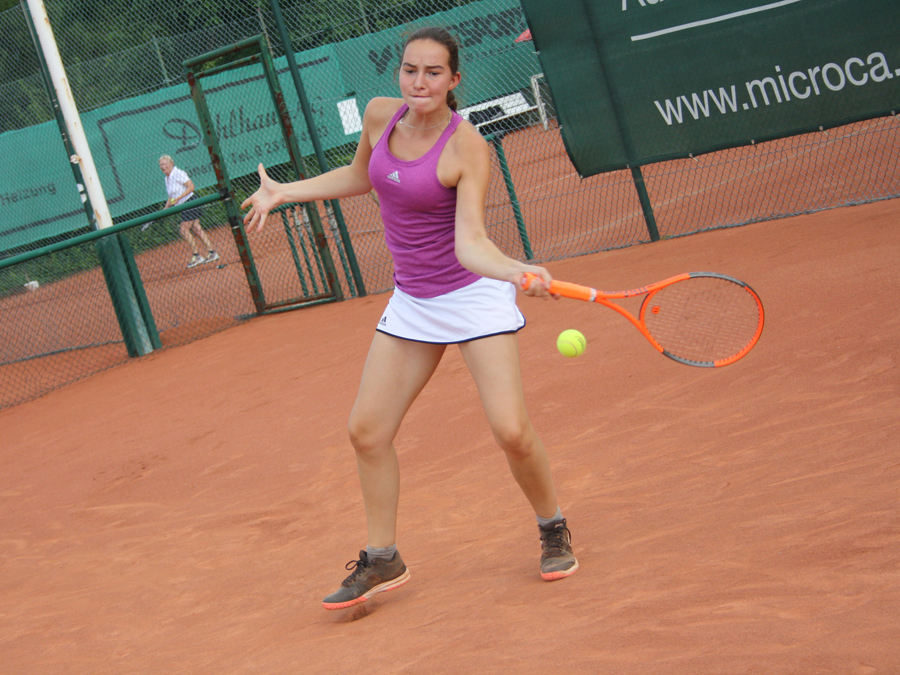 "Thanks to Keller Sports and Wilson, I’ve had the opportunity to try out the new Wilson Burn 100LS over the past few weeks. At 280 grams, it’s a bit lighter than my old Wilson Ultra 100, which weighs 304 grams. Nonetheless, from the very first shot I knew that, despite its low weight, the 100LS has some real power in it. It’s super easy to handle because the low weight makes it fit comfortably in your hand. This racket is perfect for my active baseline playing style and the new Wilson Spin Effect technology it uses gives me a good, secure feeling. The number of mistakes I make is minimal and the spin generated by the racket often leaves my opponents too short. But it’s not only in an offensive position that you enjoy punchy shots. When you play in defence, this racket enables such control that you’re able to return your opponent’s shots beautifully and quickly switch back to an offence strategy. Whether you like to slice or topspin, the Burn 100LS lets you vary your game easily. It also allows you to perform all possible kinds of serve to a high standard. Security and aggressivity are two things that are difficult to combine but with the new Wilson Burn 100LS, you can harmonise them both perfectly. It’s when you’re close to the net that you discover the racket’s weaknesses but, as I’m very rarely near the net and it doesn’t play a big role in my strategy, this doesn’t pose a problem for me because the racket performs well enough during the occasional attack. For volleyers, the weak feedback from the racket could be quite an issue. 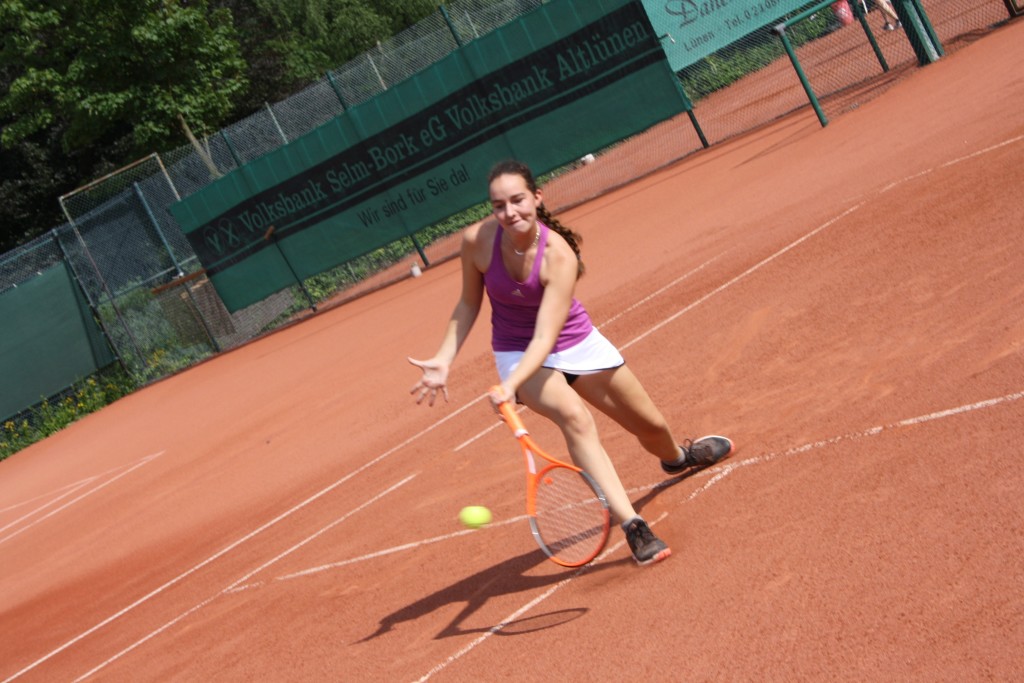 As for the design, there’s only one thing I can say about it: awesome! The racket comes in grey and orange and it looks really cool and modern. For tournament players who want a racket that supports a constant and aggressive baseline game, the new Wilson Burn 100LS is absolutely perfect. I’m really pleased with this racket. Thank you, Keller Sports and Wilson!"
Tags: TENNIS, TENNIS RACKET, TESTEVENT, WILSON

THE IDEAL FOOTWEAR FOR TRAVELLING - THE KEEN TERRADORA HIKING SHOE

THE WHOLE SUMMER AT KELLER SPORTS: THE RENT A TENT CAMPAIGN BY HEIMPLANET