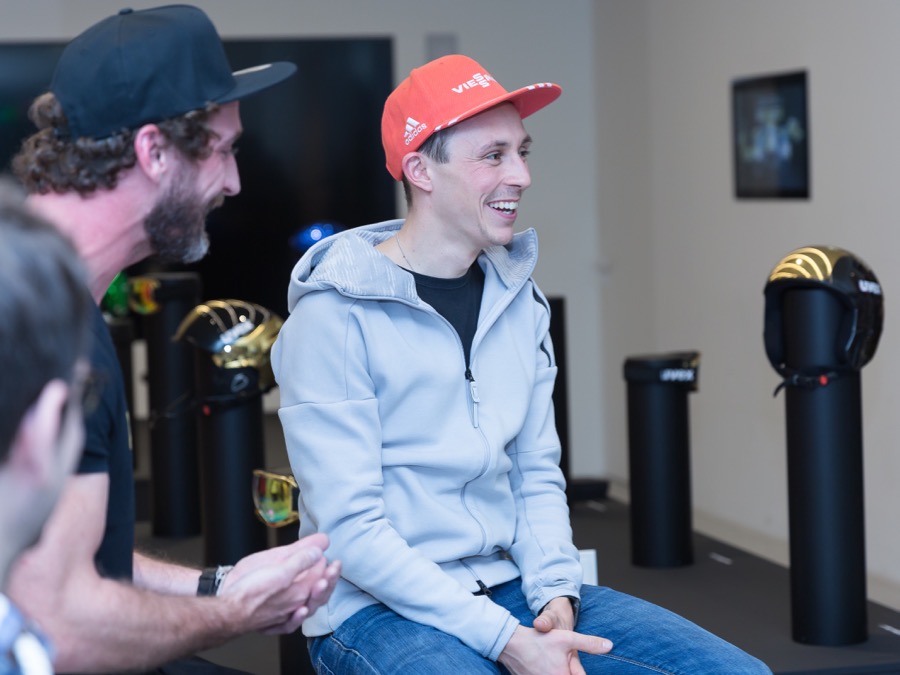 On Tuesday 12th December 2017, we had the honour of welcoming a special guest to our store: 5-time World Cup Champion and Olympic Champion in the Nordic Combined discipline: Eric Frenzel! During an exclusive get-together with our partner uvex, you had the chance to see this friendly athlete in the flesh and get to know him a little. 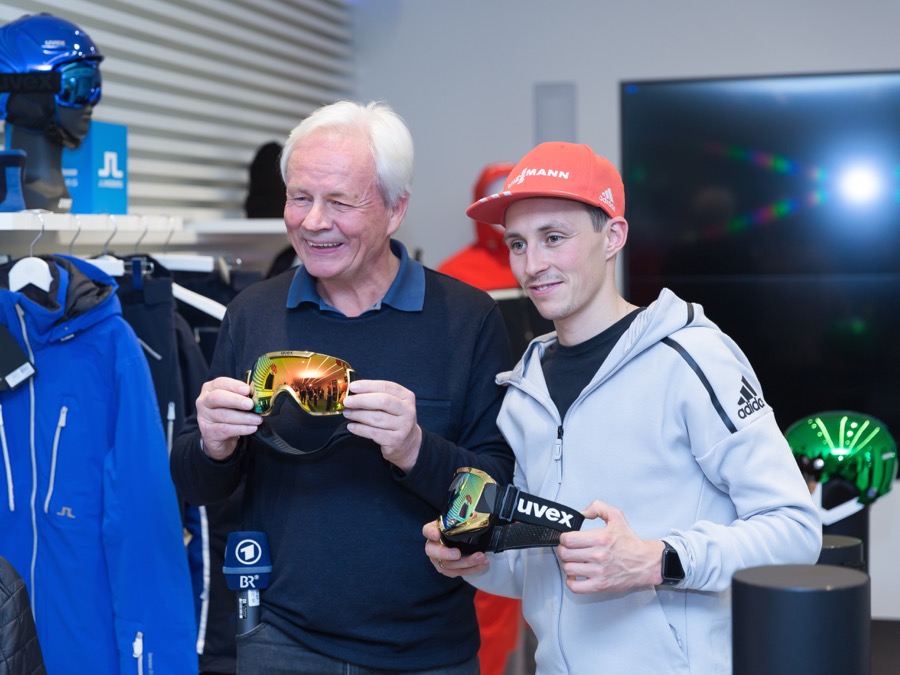 After a short introduction clip, it became obvious that what motivates this sportsman is the desire to be the best. Frenzel is absolutely overflowing with passion, as he really enjoys his sport - even when things don’t go as he wants. In the question & answer session, you were given the opportunity to let your curiosity loose. Eric explained all kinds of interesting anecdotes from both his personal life and his sports career. He also gave us an insight into how he manages to balance his professional sports career with his family life, especially given that he’s away from home for around 900 training hours and approximately 180 days a year. His wife and three children have been present from the very beginning of his sports career, so the four of them seem to deal with it pretty well. What a lot of non-ski jumpers found particularly impressive was the skier’s explanation of what it feels like to be at the top of a jumping hill, looking down and letting go. Another exciting part of the evening was when he told us about the accident he had, in which one of his skis fell off and he glided down the slope on a single ski. Most of us would probably never dare to ski downhill again after something like that! 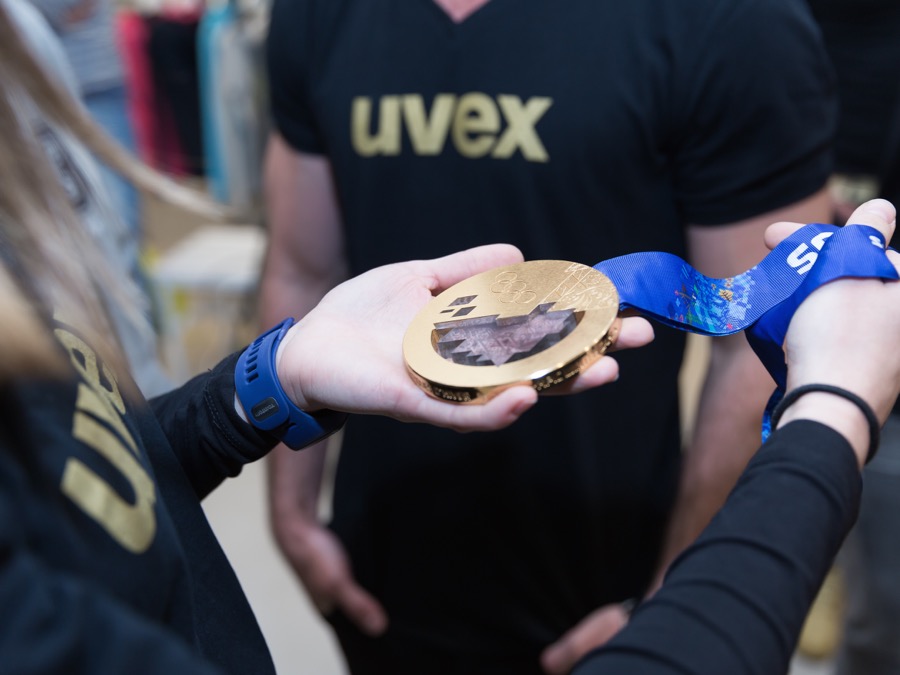 Eric also brought something in to show us: his golden medal from the Sotschi 2014 Winter Olympics. He even allowed some very excited and proud participants to hold the medal. His Olympic victory from three years ago was an extremely special moment in his life because, as he himself said: “You can only be a World Champion for a year, but you’re an Olympic Champion for life!” 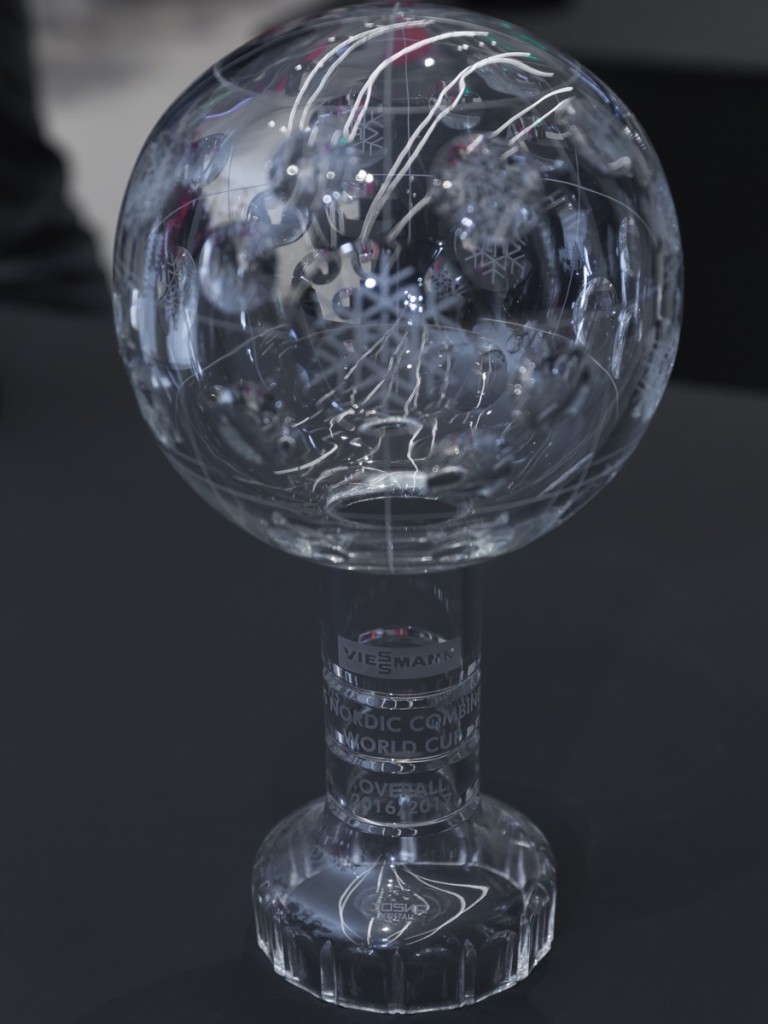 Apart from that, we were dazzled by one of his favourite trophies, the large crystal globe awarded to World Champions. This was a unique chance for us to see in person two trophies that most of us would only otherwise see on the TV. 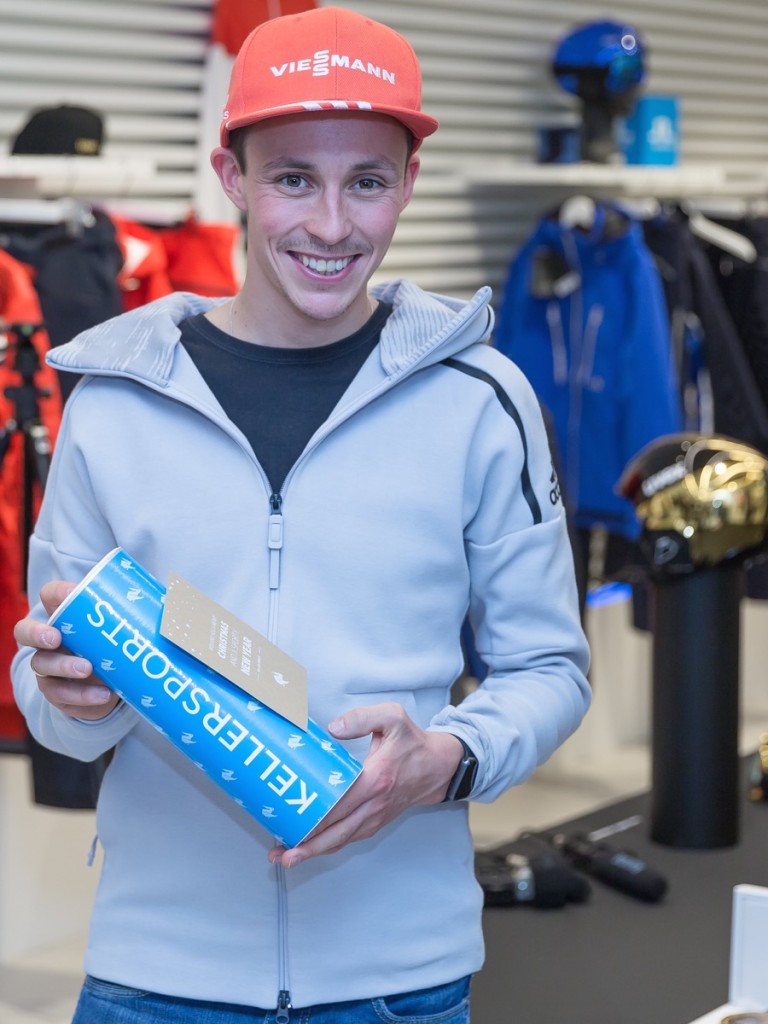 For David, the evening couldn’t have been better - it was his name that Eric chose as the lucky winner of the prize draw, so David took home the uvex JAKK+ sl helmet and the downhill 2000 FM ski goggles, both from the new Look for a Winner collection. He can now hit the slopes in the same gold/chrome look as the uvex athletes in the 2018 Pyeongchang Olympics. David’s motto is now the same as Eric’s: IT'S TIME TO SHINE! 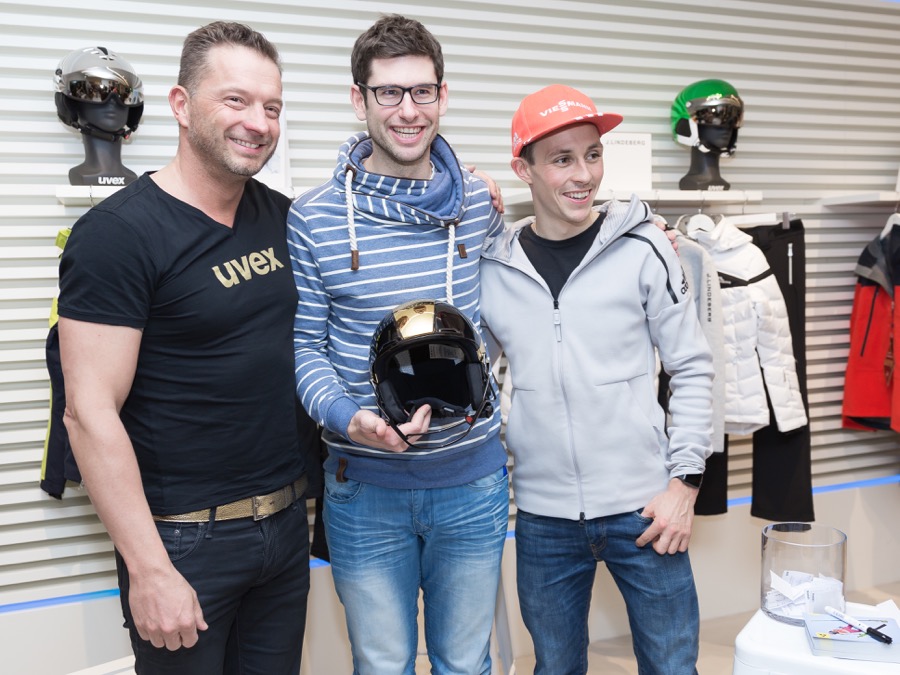 We’re crossing our fingers that it’s not only Eric’s helmet shines golden in 2018, but also his medal! Curious about the helmet and goggles from the uvex Look for a Winner collection? You have until 23rd December to check them out for yourself at the Keller Sports Store!
Tags: KELLER SPORTS STORE, SKI CLOTHING, SKI EQUIPMENT, SKI GOGGLES, SKI HELMETS, STRICTLY LIMITED, UVEX, WINTER SPORTS EQUIPMENT

THE NIKE ZOOM SERIES DARKSIDE IN THE KELLER SPORTS STORE