NOVAK DJOKOVIC NOW PLAYS WITH ASICS AT HIS FEET 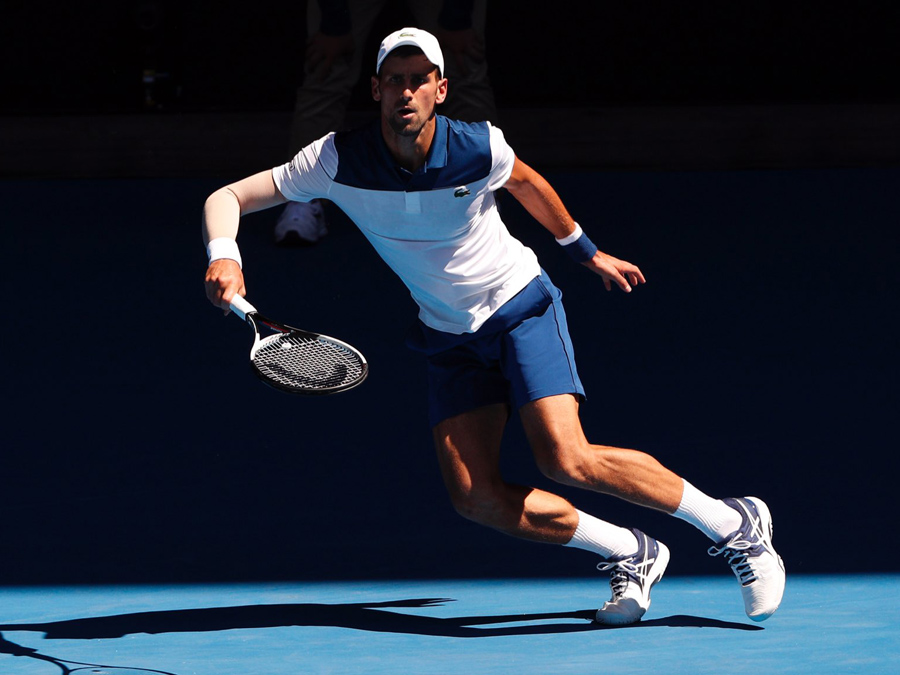 Just before the start of the Grand Slam tournament in Melbourne, our partner ASICS has welcomed the newest addition to the family: Novak Djokovic. The former Number 1 in the ATP World Rankings used to hit the tennis court in adidas shoes. Now, with the new ASICS Gel-Resolution Novak, he hopes to work his way back up from his current Number 11. Just like its running shoes, the Japanese brand’s tennis shoes are also kitted out with the best technologies and put to the test in the ASICS Institute of Sport Science (ISS) in Kobe, Japan. Apart from Novak Djokovic, other world-class players like Gaël Monfils, David Goffin, Coco Vandeweghe and Steve Johnson all swear by the support and stability provided by ASICS.

This is what the 12-time Grand Slam champion Novak Djokovic has to say about the new partnership: “I’m very pleased to work in collaboration with ASICS. They’ve bent over backwards to ensure the technology is specifically suited to my needs as a tennis player. The low weight of the shoes and the supportive construction in the midfoot area allow me to move quickly, but I can also be sure that I’ll have the right amount of stability throughout my performance.”

What do you think of the Djoker’s decision? Do you play in ASICS shoes too?

THESE ARE THE FIRST ADIDAS AM4 FROM THE SPEEDFACTORY

NEW ADIDAS STYLES FOR THE FIRST GRAND SLAM OF 2018