NIKE FREE – WHAT THE THINKING BEHIND THIS POPULAR RANGE OF SHOES? 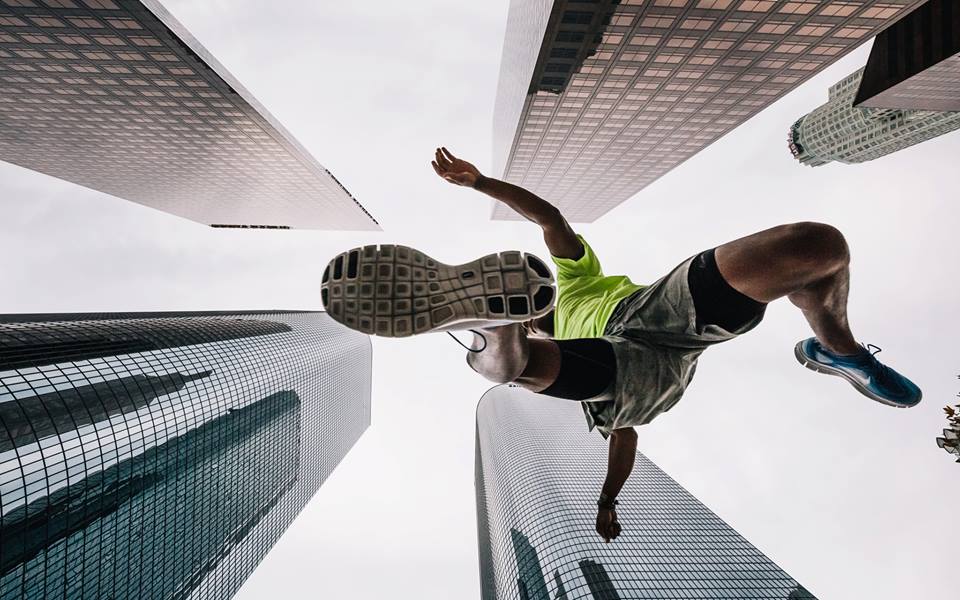 The Nike Free has been on the market in various different designs for many years now and it is known worldwide, but very few are aware of the story behind the running shoe. How did it come to be? What are the concepts and technologies behind it? What is the difference between 3.0 and 5.0? Read on if you want to get a little closer to understanding the popular Nike series.

While searching for new shoe ideas to further improve running experience, the Nike developers asked one of their most successful trainers what set his team apart. He said that they often took their shoes off and trained barefoot. Consequently Nike spent several years studying the biomechanics of a runner’s bare foot in motion. The aim was to discover the differences between running barefoot and running in conventional shoes to then develop a shoe that would allow for and support the natural movements of the foot. 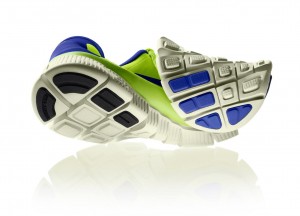 Following this train of thought Nike realised that the sole of a running shoe needed to be made significantly more flexible, as the foot flexes and extends much more without shoes on than conventional shoes will tolerate.

Based on the design of a classic shoe, Nike added wider flex grooves to separate the sole into small squares and allow a wide range of movement. Nevertheless, the shoe was still furnished with a certain degree of damping coming from the EVA material in the midsole.

The further developments of the Nike Free moved away from the waffle-shaped sole and favoured hexagonal flex grooves. This means that the sole, such as that of the new Nike Free RN Distance, is made up of several six-sided sections that offer the foot even more freedom of movement while running. 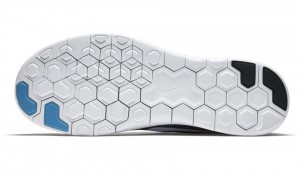 Another aspect that is often confusing is the numerical naming of the Nike Free shoes - yet this is helpful and easy to understand. While developing the Free range, Nike created a scale to represent how close the shoe comes to a barefoot running feeling. On the scale, 10 stands for the highest amount of damping, while 0 stands for barefoot running. Nike’s actual goal is for every runner to aim for barefoot running eventually. The first shoe was called Nike Free 5.0. 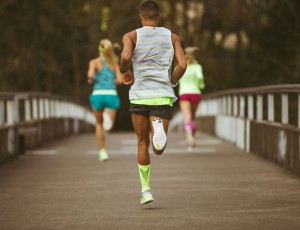 The Nike Free collection is the first to provide Natural Running shoes. The changing shapes of the sole show that it is being constantly developed, so if you are looking for a barefoot running feeling, you should definitely consider a pair of Nike Free shoes.

More information about the particularities of Natural Running shoes can be found here.