NIKE FLYPRINT: AN UPPER MADE WITH A DEM 3D PRINTER 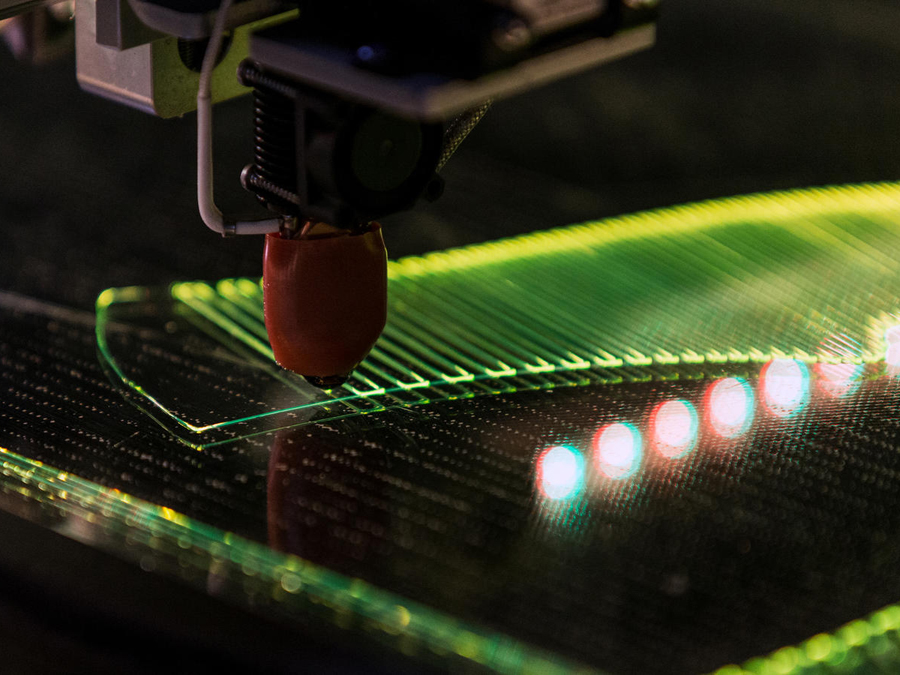 In mid-April 2018, our partner Nike launched the brand new Nike Flyprint. This is the first upper material for sports shoes ever to be made with a 3D printer. Nike has been using 3D printers in the shoe manufacturing process for quite some time - printing studs for football shoes or spikes for sprinting shoes. The brand has now succeeded in printing the first upper. The shoe they’ve made with it is called Nike Zoom Vaporfly Elite Flyprint. You’re probably asking yourself: what is this upper material exactly? How is it made? In what ways does it enhance the performance of Nike shoes? Who can get hold of Flyprint shoes? Not to worry - answers are coming.

On the whole, printing a Nike Flyprint upper is no different to printing other shoe components. A filament of TPU is unwound off a coil, melted and laid down in layers. Because the plastic is soft, the bonds stick straight away. The benefit of this process is that the designer can input personalised runner data into the printing programme that creates the upper material. This data is first drawn up using a design tool on a computer, which means that the structure and composition of the materials can be completely personalised for individual athletes. 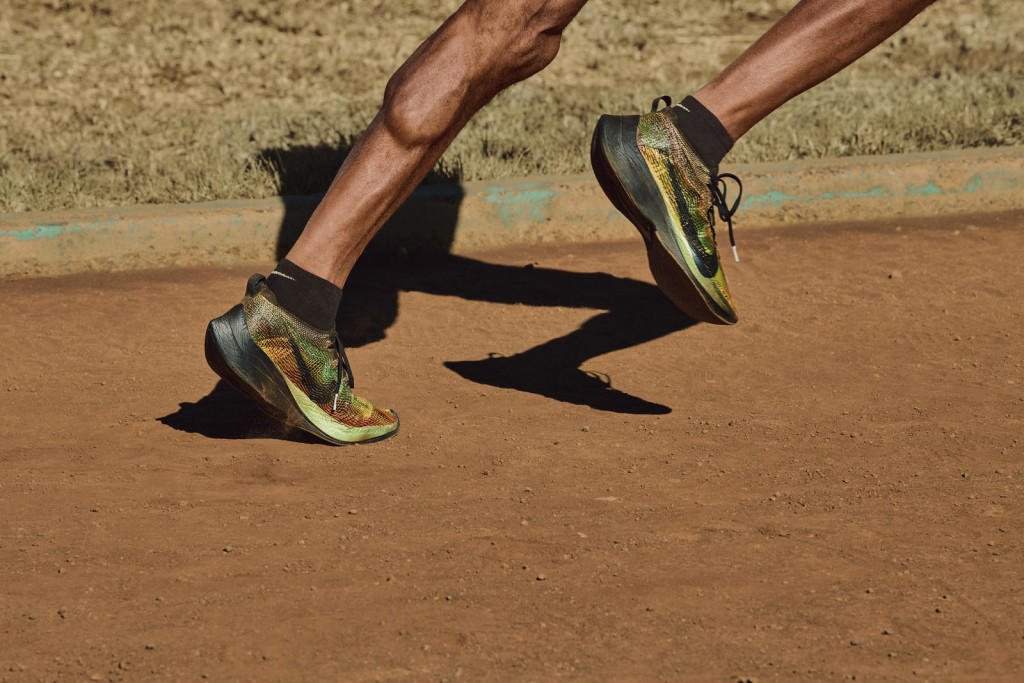 Flyprint does bring with it additional benefits - it enables Nike to manufacture prototypes up to 16 times faster than those made with other Nike materials. Flyprint is also tougher, thinner and lighter than Flyknit and many other upper materials. The printer also adds something to the design of this special upper. Individual filaments can be swapped out of the knit without affecting the overall construction. Being able to see a drawn design come to life in such a short time is yet another advantage for Nike. Just like Flyknit, Flyprint uppers are completely seamless, offering you the perfect balance between a personalised fit and a stable structure.

The Flyprint upper was designed, above all, to make the fastest runners even faster. The first to receive a pair of Nike Zoom Vaporfly Elite Flyprint was gold-medallist at the 2016 Rio Olympic Games Eliud Kipchoge. Kipchoge, who ran the fastest marathon ever by completing the Nike Breaking2 challenge with a time of 2:00:25, has already given useful feedback for the shoe and contributed greatly to its finalisation. After competing in the 2017 Berlin Marathon, he said that his shoes got soaked through in the pouring rain. 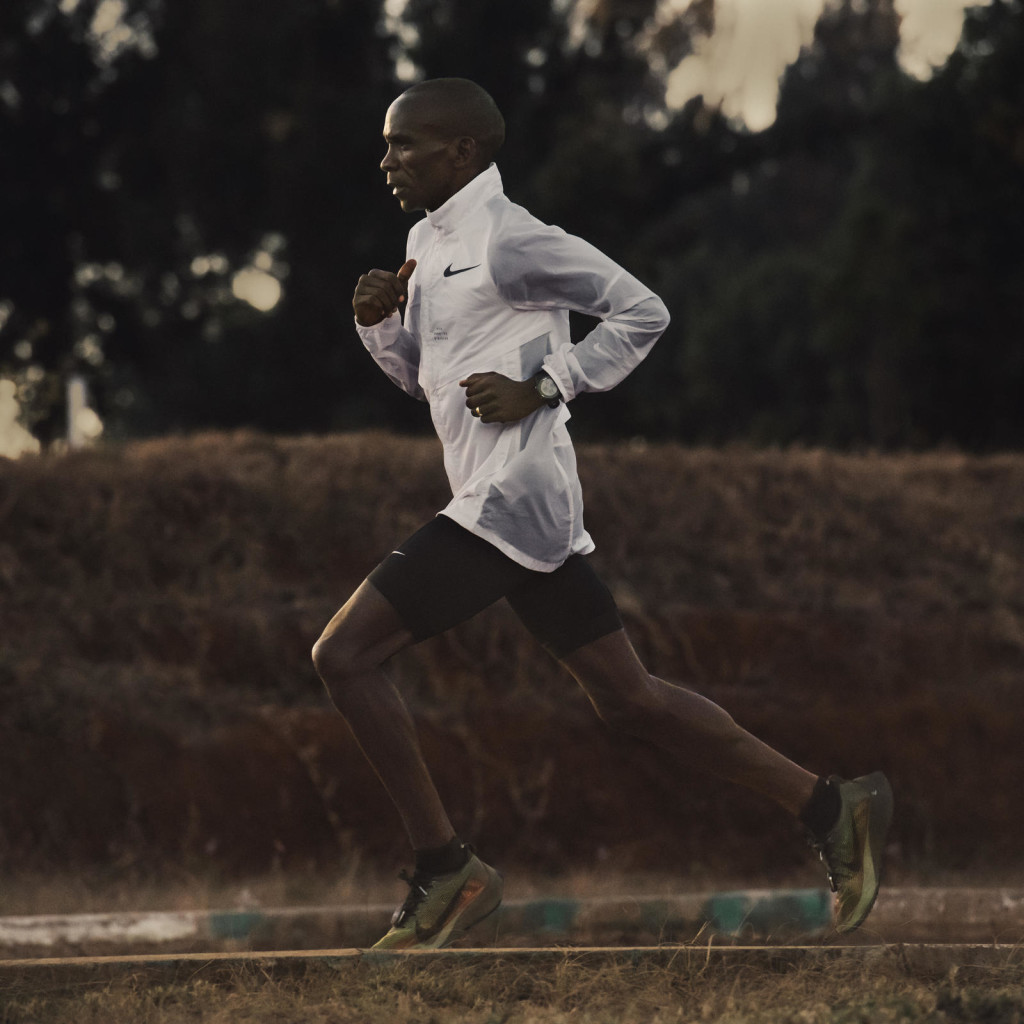 Nike designers soon got to work on further improving the Zoom Vaporfly Elite 4%. At the London Marathon on 22nd April 2018, the Kenyan runner had the opportunity to try out the 3D printed shoes for the very first time - and he won the race with a time of 2:04:17. What he wore was ‘version F’. i.e. the sixth prototype created with this innovative upper. Eliud Kipchoge has continued to provide the brand with feedback on the shoe, which has resulted in Nike’s fastest shoe ever. Unfortunately, this shoe will not be released to the public and only a handful of prototypes were available for the London Marathon 2018.
Discover now our Nike Shop »

“LIGHTER THAN THE LIGHTEST” - ODLO EVOLUTION