THE NEW NIKE EPIC REACT FLYKNIT 2 PUT TO THE TEST 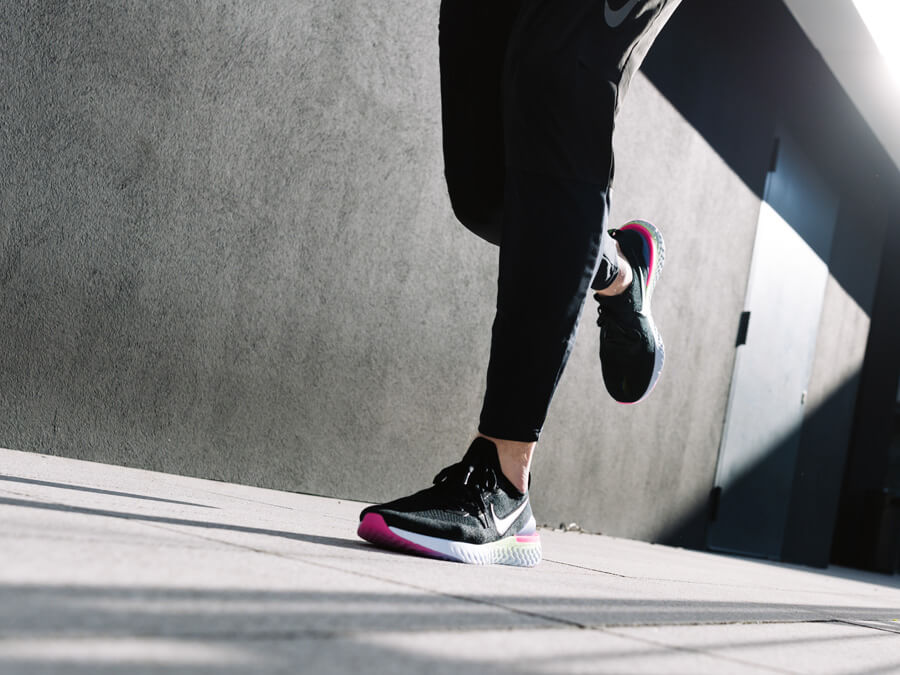 On the 31st January 2019, we have a special launch for you. We'll be adding the Nike Epic Reach Flyknit 2 running shoe to our range and you can be one of the first to experience Nike's latest cushioning technology on your very own feet. Our Keller Sports pro Jan has reviewed the new Nike running shoe for you. Here you can read his comprehensive test report:

One of the highlights of Nike running shoes over the past few years is the Nike Epic React Flyknit with its new React cushioning. Now, the Epic React has taken this to the next level with a few small improvements for an even better running experience

It’s clear that the React midsole is at the heart of this running shoe, with Nike presenting a completely new cushioning experience. Nike offers the best possible combination with React: lightweight, soft, reactive and durable. It also offers a bounce effect for a springy running sensation across all distances. These characteristics also need to prove themselves even after many kilometres, showing that they're just as good as the day you bought them. Find out more about Nike React cushioning below. 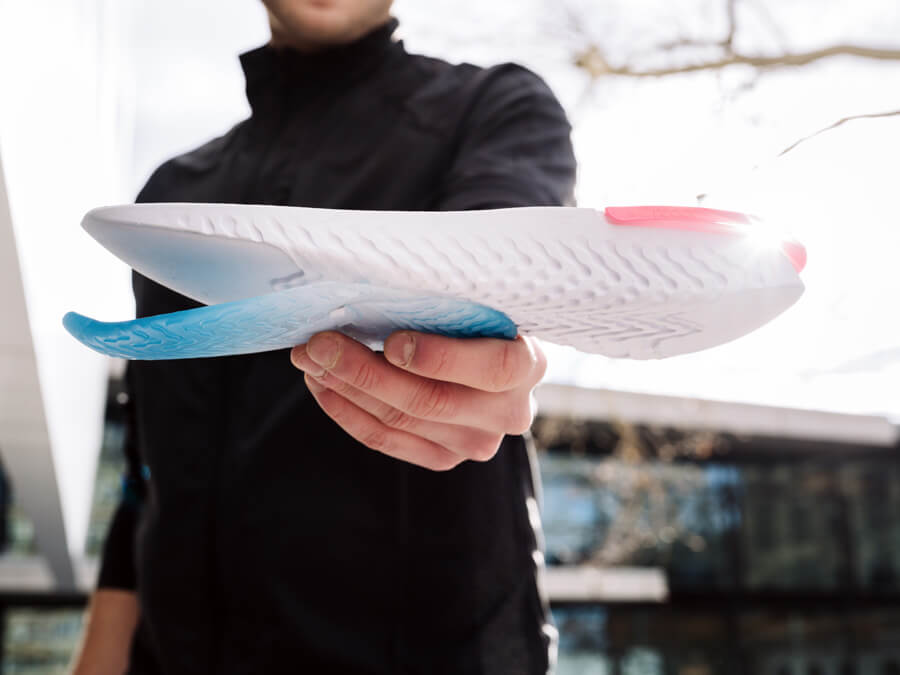 At first glance, it doesn’t look like much has changed. Never Change A Running System. However, Nike has made a few tweaks to give it great updates. Extra React material in the midsole provides a smoother running sensation while keeping the dynamic of the running shoe. Nike has changed the heel cap to a slightly firmer one for increased control. The loop element for the shoelaces is now split in two, allowing an improved fit of the Flyknit Upper to your feet. The sock-like structure remains the same, with Flyknit Upper material for added comfort and good grip on hard surfaces in cities. 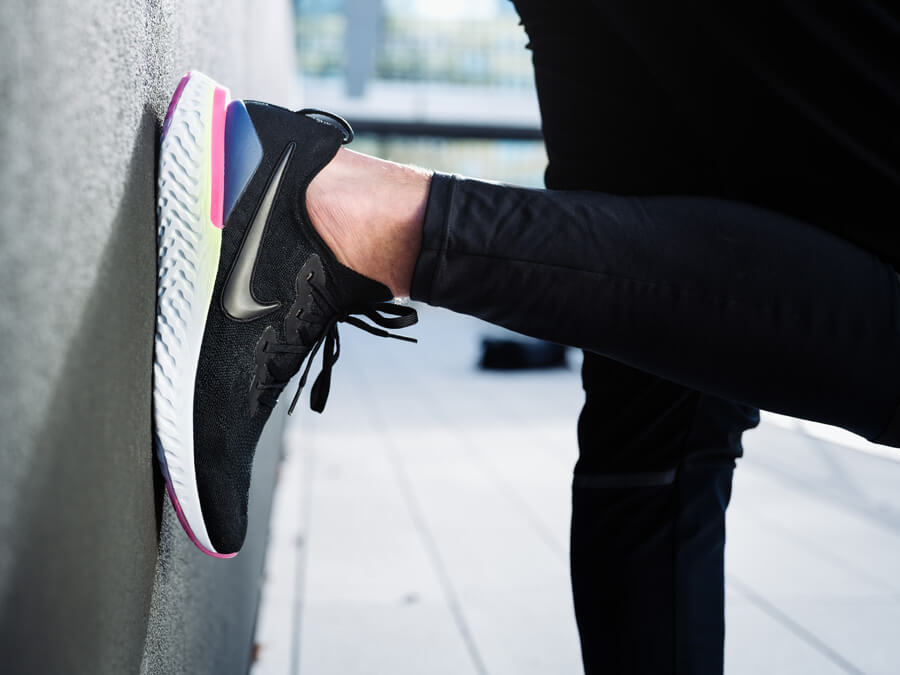 What’s it like to run in the new Nike Epic React Flyknit 2?

I'm very pleased that Nike hasn’t made too many changes to the running experience since the first edition was so good. Thanks to Flyknit and the pleasant React cushioning, you feel comfortable in these running shoes right away. This makes it fun to clock up those kilometres with the Epic React. The React midsole gives an extra push for a faster pace or to cover a few extra metres during your run. The Epic React is also extremely versatile: whether a fast sprint through town or a long run, everything is possible with this running shoe. 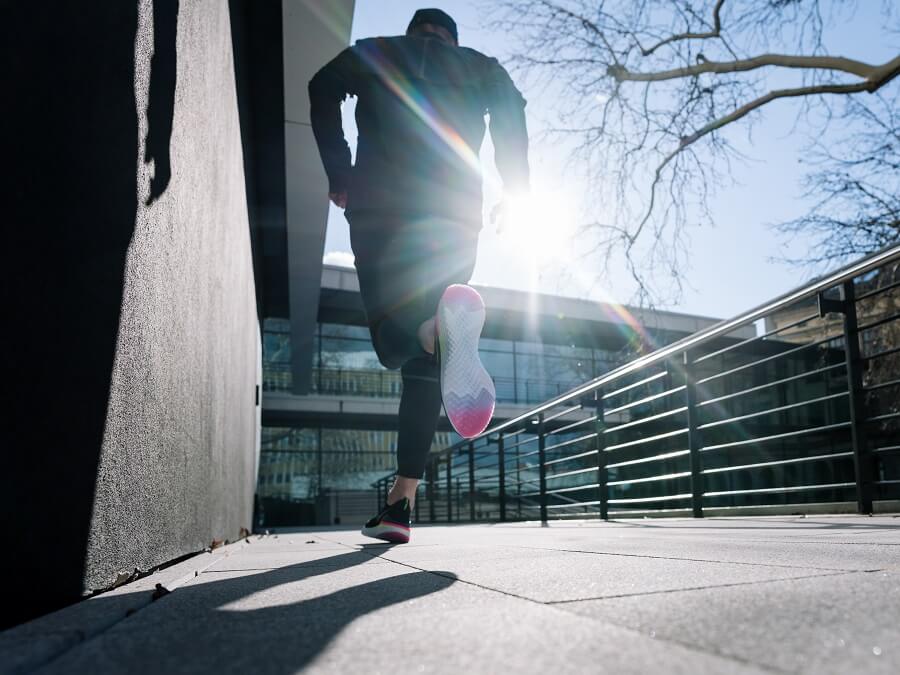 In its search for an innovative sole material with even more energy return, Nike turned to the expertise of developers, chemists, engineers and designers. The result was a shoe designed, produced and launched completely by Nike in 2018. The result: Nike React. The special thing about the new cushioning is that Nike has created a new material composition to create a lightweight, durable, soft-cushioning and reactive shoe. 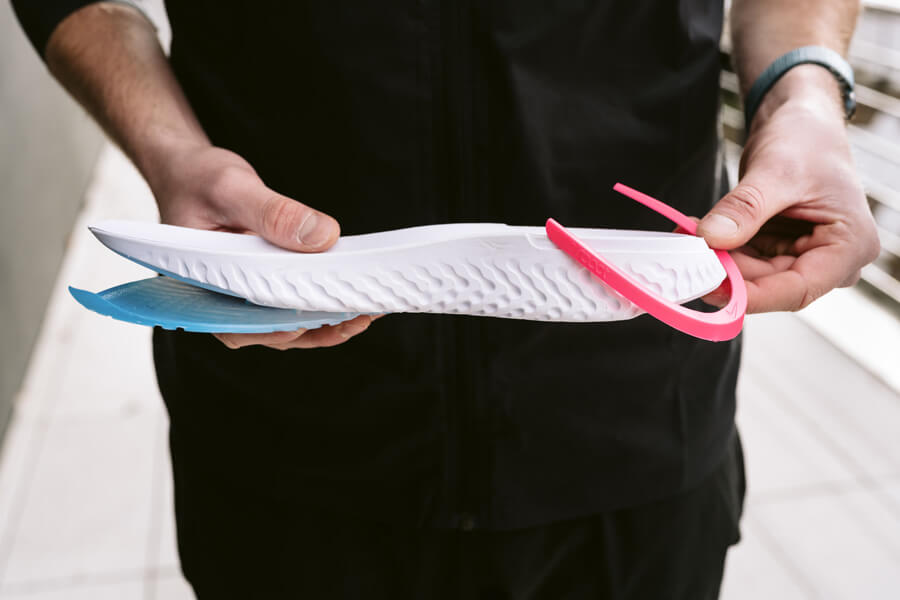 The performance potential of the Nike Epic React could already be seen before its initial release in 2018 with more than 17,000 miles of test runs. “We’re comparing it to our latest Lunarlon and, even with the bar set that high, Nike React technology delivers that much more energy return with each and every stride,” said Ernest Kim, Director of Advanced Footwear at Nike Running.

Nike has succeeded in turning the Epic React Flyknit 2 into an even better running shoe with little updates. In particular, its extremely comfortable structure as well as its versatility make the Epic React a must-have in your shoe cupboard. *The actual price may vary from that shown. This depends on the latest offers and the model.

When will the Nike Epic React Flyknit 2 be available?

The latest shoe from Nike is due for release on the 31st of January. You'll be able to pick up the Nike Epic React Flyknit 2 a week on Thursday. Whether it’ll be your performance shoe on your next run or an everyday trainer is entirely up to you. How do you like the first look at Nike's latest shoe?
DISCOVER ALL NIKE REACT RUNNING SHOES HERE » 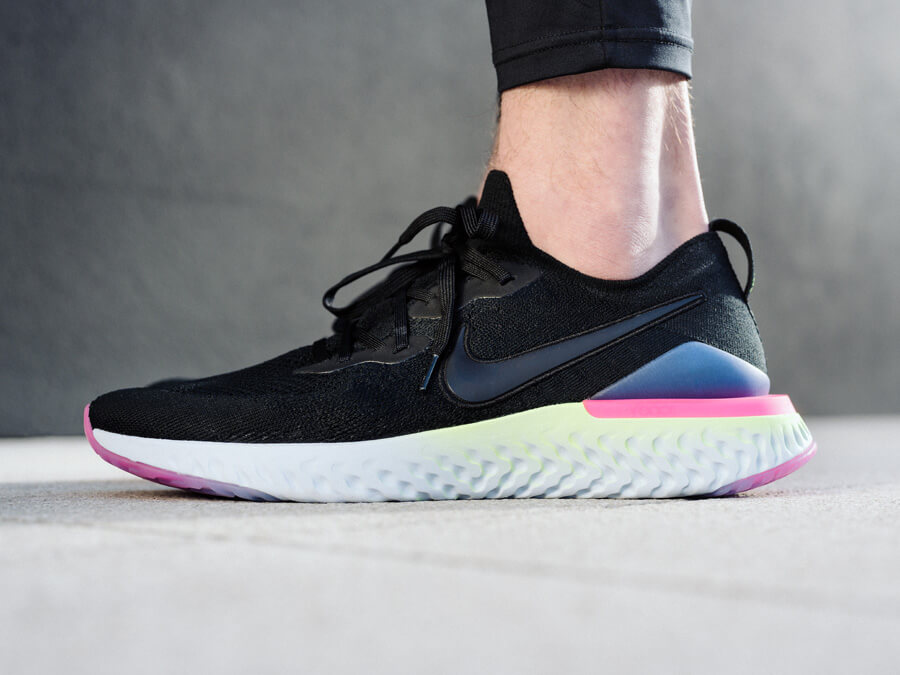 DEFY THE ELEMENTS: THE WIND

ASICS GEL-FUJISENSOR 2: EXACTLY WHAT YOU NEED FOR TRAIL RUNNING