NIKE AIR ZOOM PEGASUS 35: ALL THE NEWS ON THE LATEST VERSION OF THE RUNNING SHOE 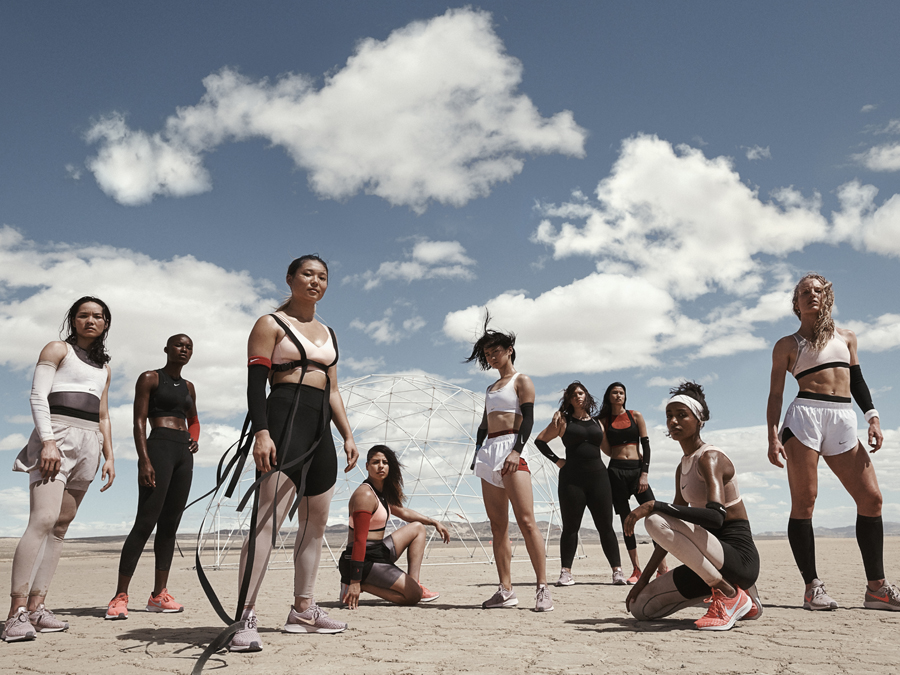 Our partner Nike has released a new and updated version of the legendary Pegasus running shoe for 2018. We now have the brand new Nike Air Zoom Pegasus 35 in our selection and would like to introduce you to it in this post. We’ll talk about what’s new in Nike’s all-time bestseller and what has been kept the same as the previous version. We’re also going to explain what Nike Air Zoom elements are and what they’re for - how does air get into the sole? Read on to find out.

Like all previous versions, the 2018 edition of the Nike Air Zoom Pegasus has a few changes. Overall, the Pegasus range has already made several technological advancements, most of which inspired by feedback from runners. For the Nike Air Zoom Pegasus 35, Nike has collected the opinions from the very best athletes in the running discipline - one of which was four-times Olympic victor, Mo Farah. 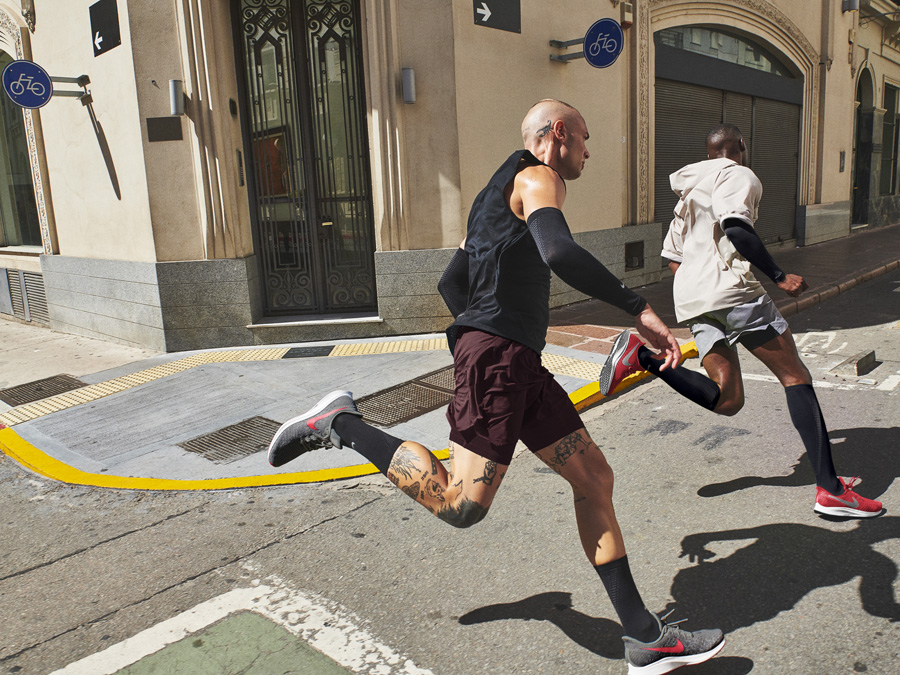 The biggest difference, when compared to the previous models, can be found in the sole of the Nike Air Zoom Pegasus 35. First off, this has been based on the construction of the Nike Zoom Vaporfly 4%. Similar to the carbon fibre plate in the Vaporfly, the new Pegasus 35 has an arched Air element that stretches over the entire length of the shoe, providing an even more responsive cushioning experience and more dynamic transitions. This all came about because one of the designers proved that the Nike Air element could be bent - he took a Nike Air sole, warmed it in a microwave and bent it around a beer glass. And so, the brand decided to take inspiration from the Vaporfly 4% when designing the Pegasus 35. Apart from the bent Air sole, the shape of the outsole is also very similar to that of the Nike Vaporfly 4%. The rubber outsole strip and bevelled heel of the Nike Air Zoom Pegasus 35 not only make it look fast and athletic but also aid your landing and guide you through the transition from heel to toe. Another new feature of the Air Zoom Pegasus 35 is its collar, which is turned out from the Achilles tendon. This design change was inspired by Mo Farah’s feedback, and it ensures you’re more comfortable during your run and don’t have any rubbing at the back of your ankle. Compared to the men’s 2018 model, the women’s Pegasus 35 shoe has slightly softer cushioning that has been specially designed for the female anatomy. 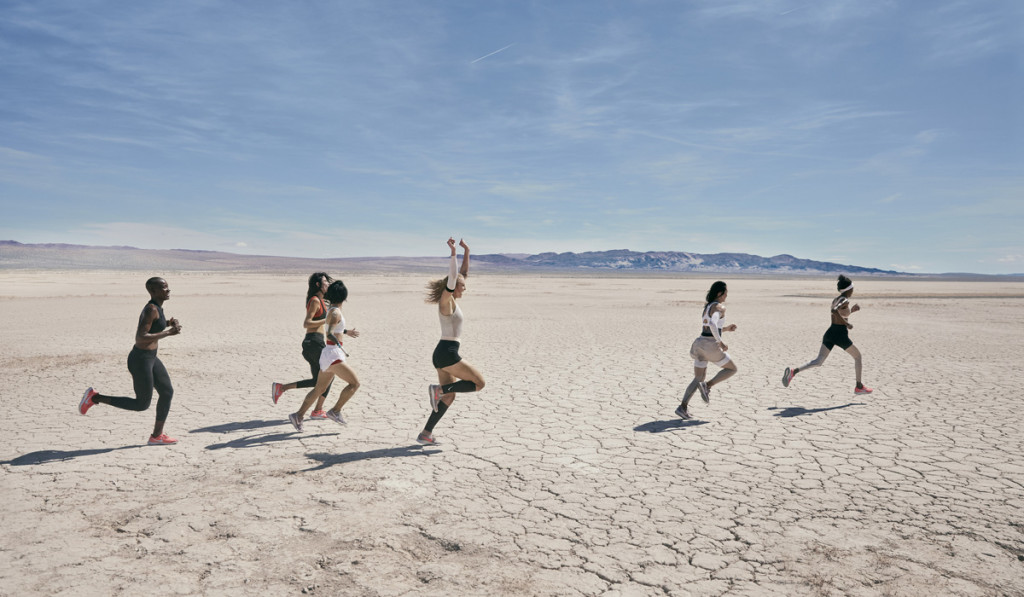 Nike Air – How does air get into the sole?

Nike launched its first ever Air element in 1979. The technology has been used, changed and improved over the years. One of the improvements concerns the Air elements themselves, another affects how these are manufactured. Nike’s aim is to make Nike Air even lighter and more durable. At the same time, the brand tries to use as many recycled materials as possible in order to minimise its impact on the environment. 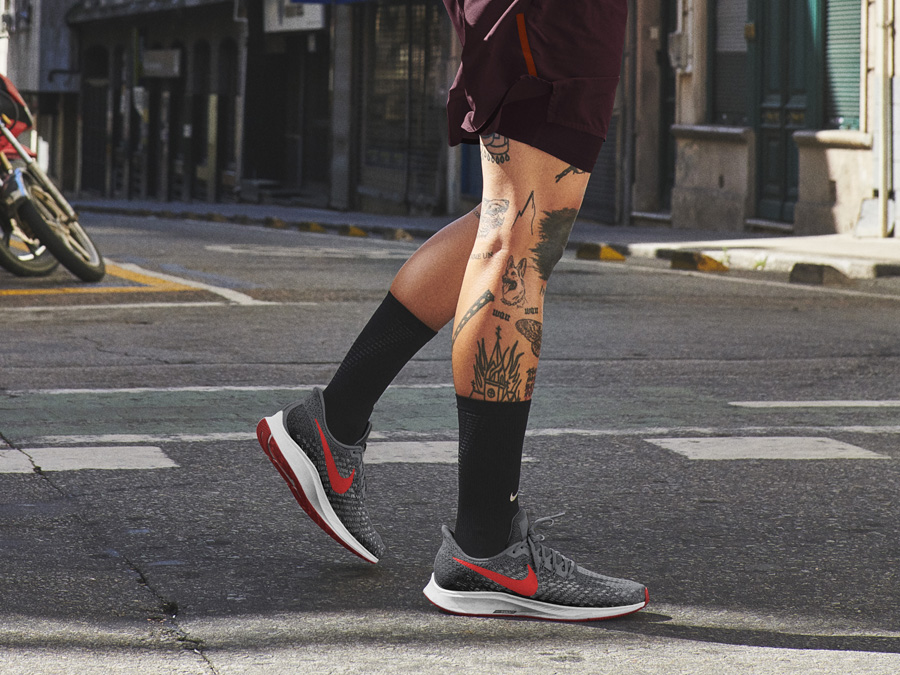 The base of a Nike Air sole consists of two layers of thermoplastic polyurethane (TPU) layered one on top of the other in a machine. These plastic layers are then heated to make them more flexible. During this phase they also stick together; it’s a bit like using a laminating machine. In the next step, the plastic layers are pressed through special moulds, so they end up having the right Nike Air sole shape. This plastic is then taken out of the moulds and filled with pressurized nitrogen gas. After inspection, the Nike Air soles are ready to be joined onto the rest of the shoe - in this case, the Nike Air Zoom Pegasus 35. Apart from the clear benefits you enjoy while running, Nike Air soles have yet another great thing to offer you: durability. You might not think so to look at it, but the Nike Air sole is one of Nike’s most hardwearing inventions. Over 90% of the materials used to make the sole is reused, including the leftover material after cutting out the plastic layers. These leftovers are melted down and used to make a new layer of TPU. 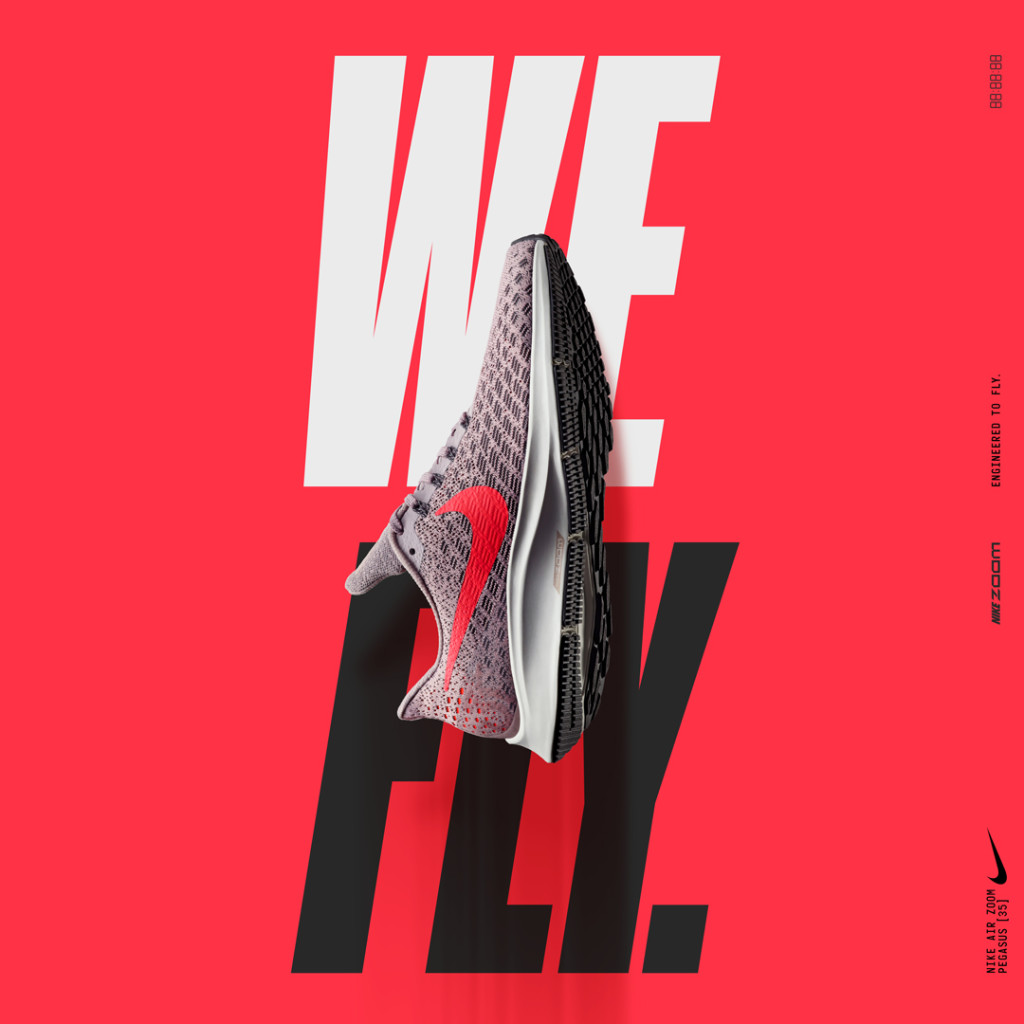 ADIDAS LAUNCHES THE ALPHABOUNCE REFLECTIVE IN THE US

KELLER SPORTS AND KELLER SMILES. AT TOA18 IN BERLIN