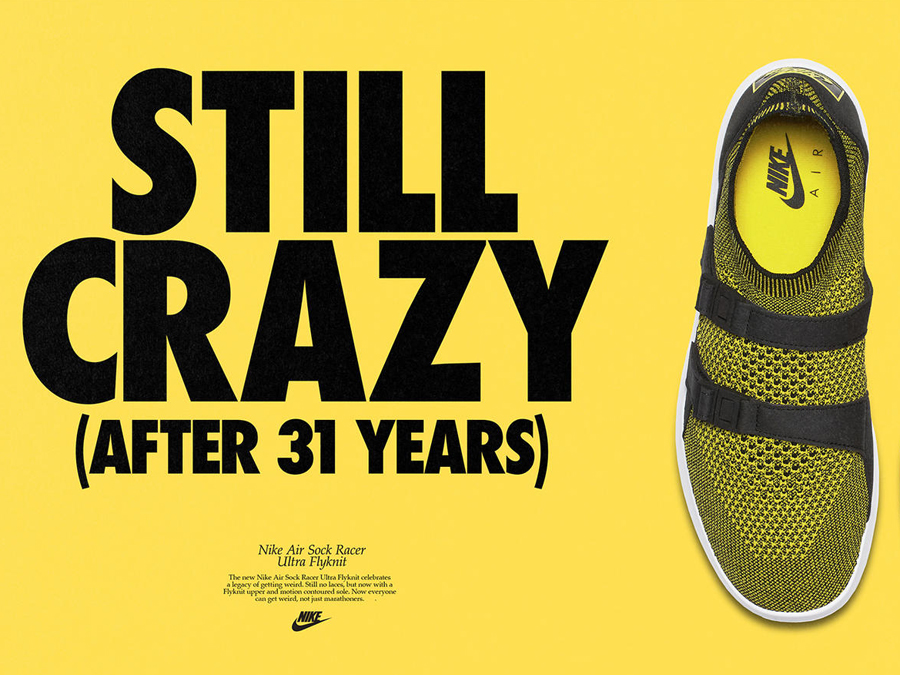 Our partner Nike has designed a new model of the first ever running shoe without laces. The new version is called Nike Air Sock Racer Ultra Flyknit. The Nike Air Sock Racer was launched in 1986 with a laceless design that was way ahead of its time. The upper made from 4-way stretch mesh with two straps for extra stability was 80s version of the Nike Flyknit material we use today. 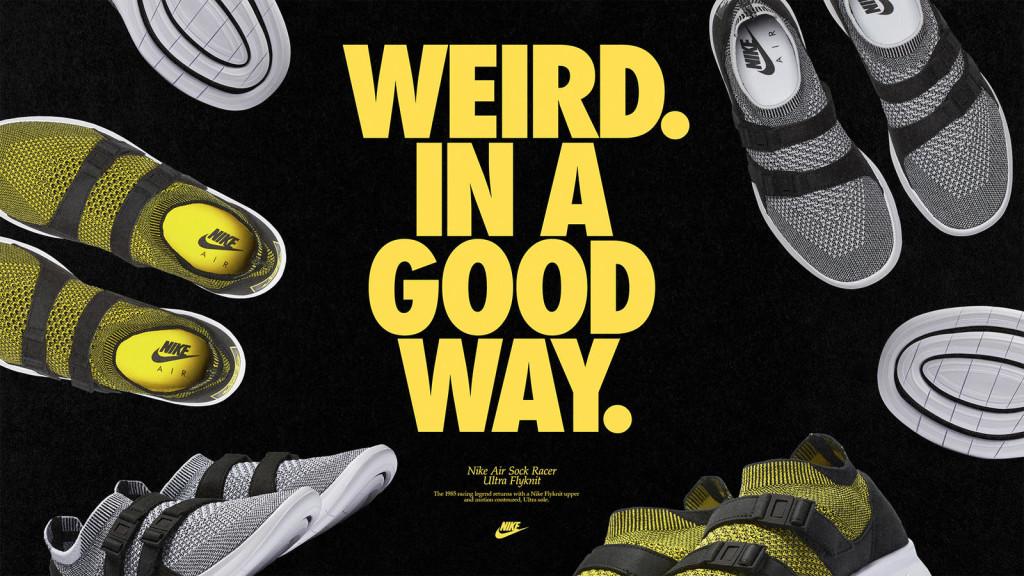 The new model brings the 1986 innovations to our current times. The new Nike Flyknit upper has improved breathability and fit. The two straps on the new Nike Air Sock Racer Ultra Flyknit are slightly wider than those of the predecessor and they offer the foot extra stability. The sole of the previous model was made from a combination of polyurethane foam and Nike Air elements in the midsole - this is not the case with the latest version of the shoe, which has a Nike Ultra sole with dual-density foam and Nike Air in the heel. Using the slogan of “Still crazy (after 31 years)” Nike is reminding people of the crazy innovation of 1986. Haven’t you got the laceless Nike running shoe yet? 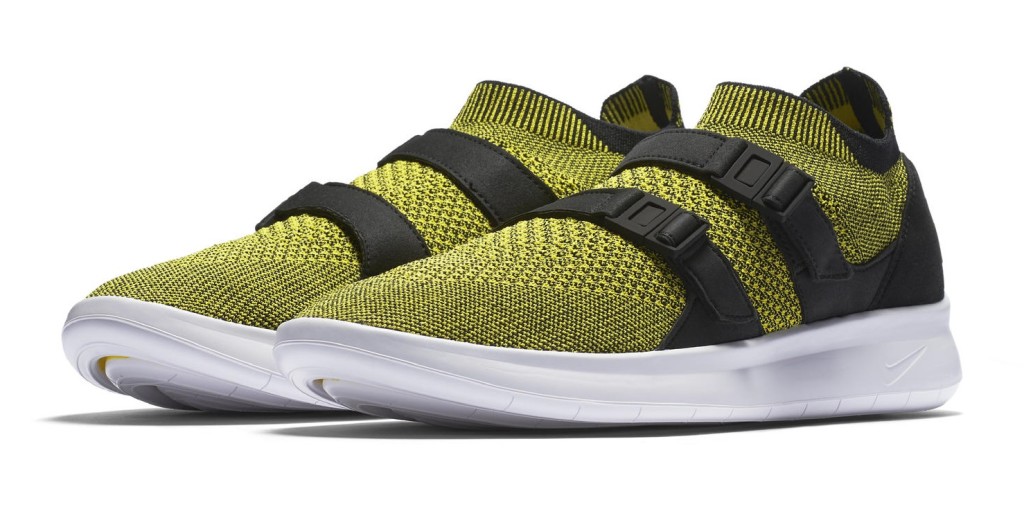 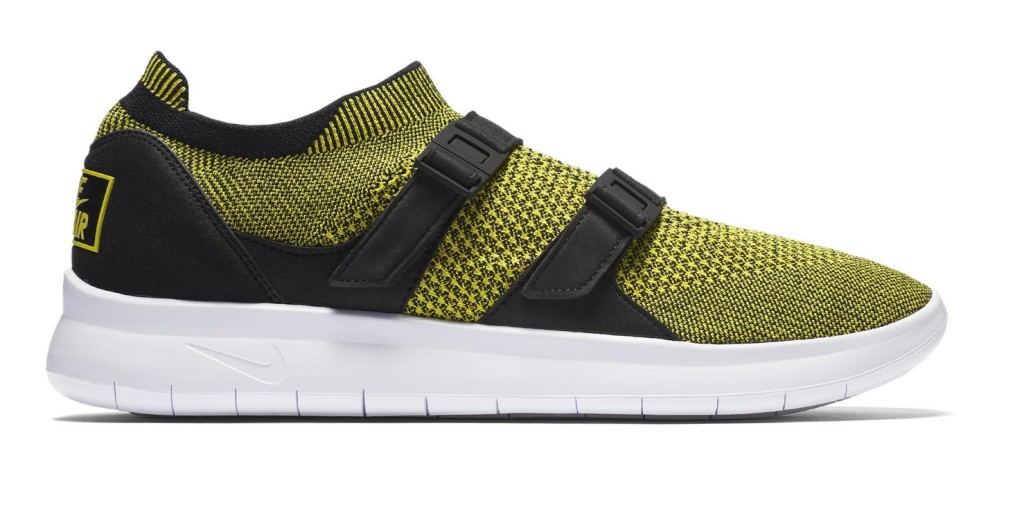 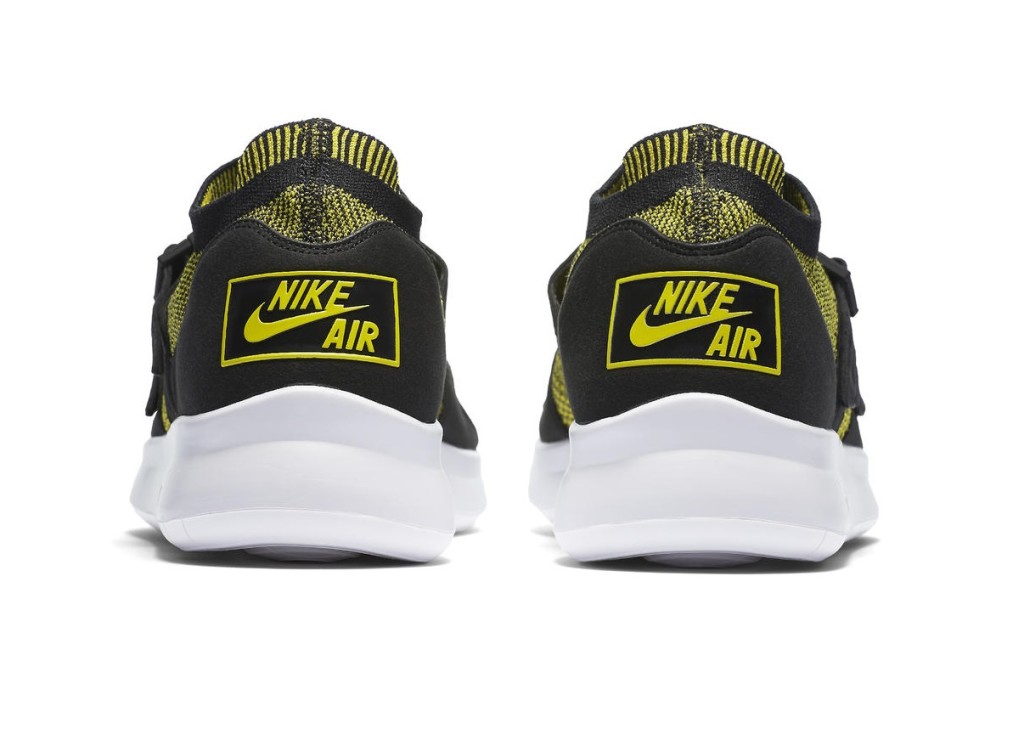 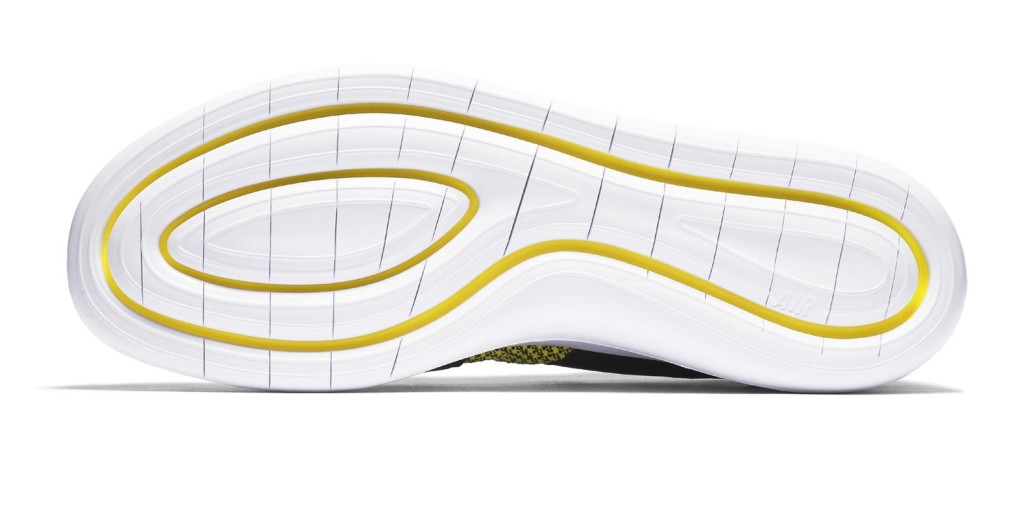 THE NEW UNDER ARMOUR GEMINI 3