MEET & GREET WITH DIETER THOMA AT THE KELLER SPORTS STORE 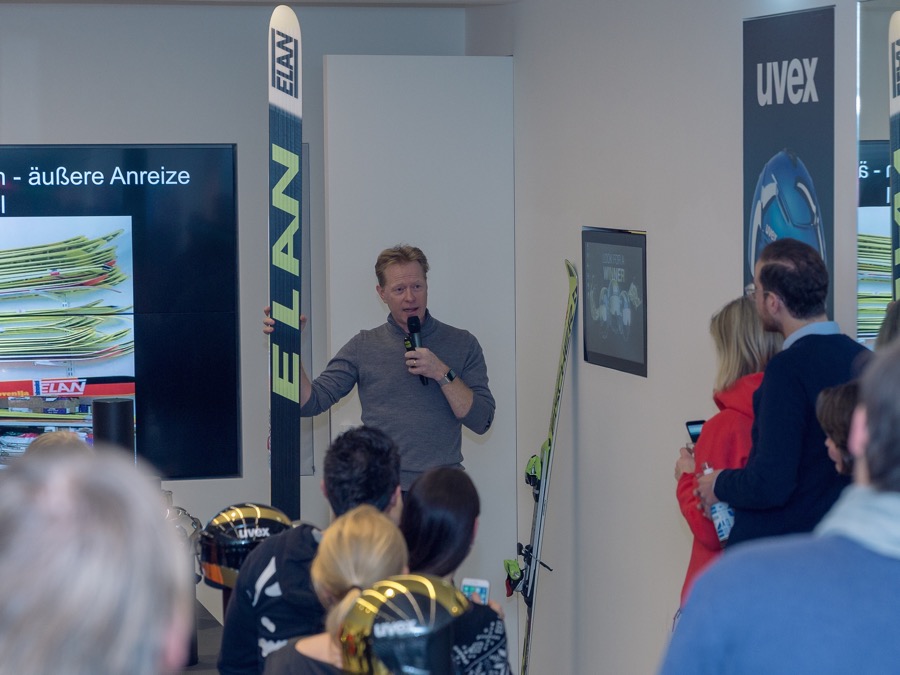 Gold, Silver, Bronze - on Wednesday 20th December, we welcomed yet another champion to the Keller Sports Store: Dieter Thoma! The former professional ski jumper really has achieved everything in his sports career - 3 Olympic medals, 5 World Championship medals, winner of the Four Hills Tournament and World Cup Champion several times over.

We’re very pleased to have collaborated with our partner J.Lindeberg to bring such a legendary athlete to the store. During the meet & greet session, you were given the opportunity to get to know the friendly Black Forest-born Dieter Thoma in person over tapas and drinks. 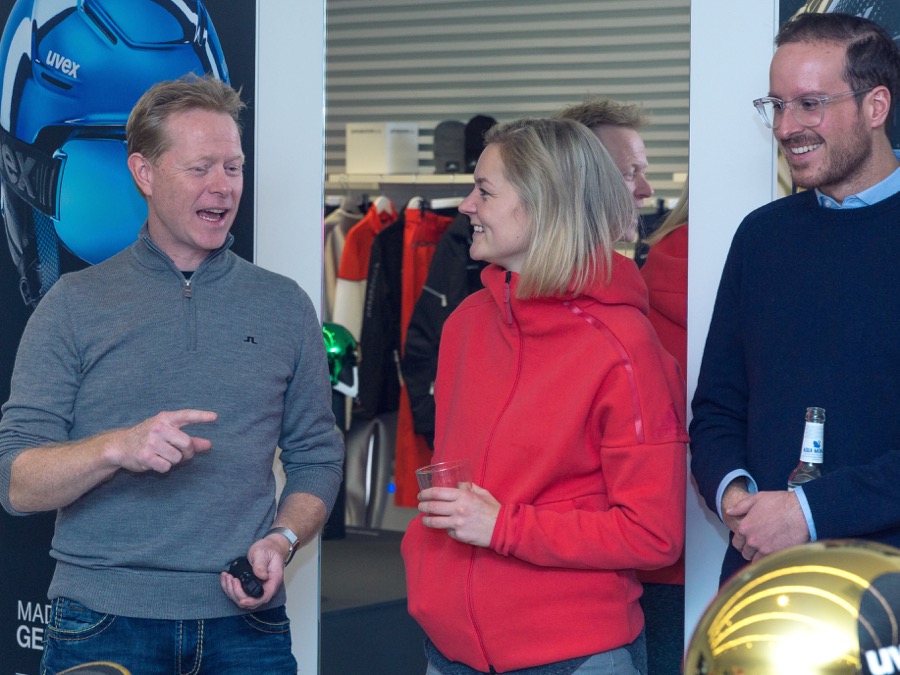 After some welcome-champagne, Dieter gave a presentation about his path towards becoming a World Champion. He spoke about his first jumping attempts at just 6 years old, his successes, his difficulties in switching from parallel style to V-style, the peak of his career, and how he entered the TV business as a sports expert. Although his professional sports career required him to face the cameras often, it was something completely different for him to be asking the questions instead of answering them.

Soon it became clear that ski jumping is and has always been his passion in life!

Some of our guests spotted something silver shining among the J.Lindeberg jackets - Thoma soon solved the riddle for us: “This isn’t the new J.Lindeberg collection, but an original ski jumping suit”, he said. We were also given the chance to compare his ski jumping skis to normal piste ones. 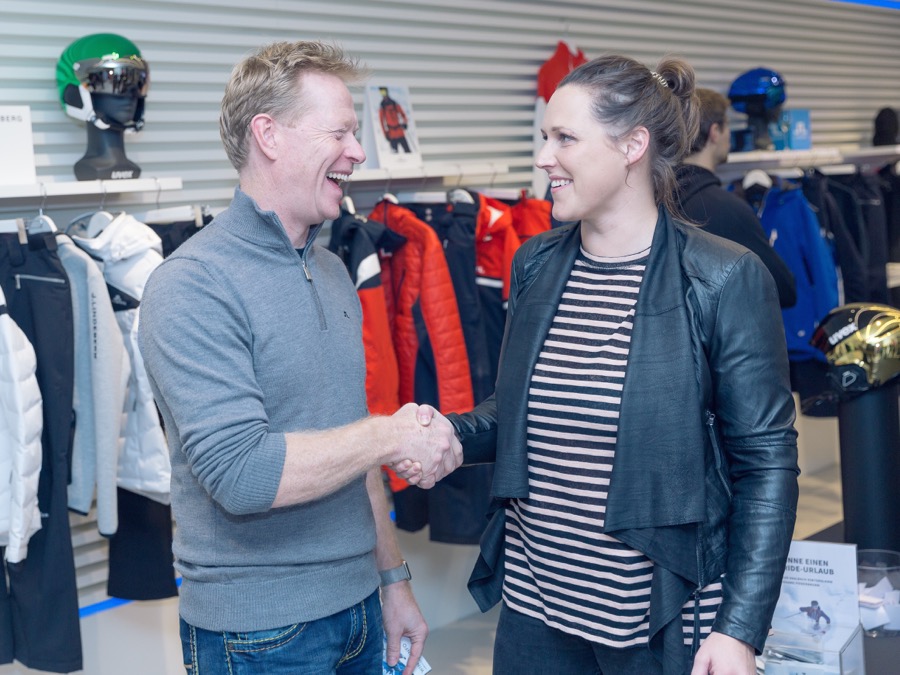 To finish off, Dieter Thoma had the honour of picking out the name of the lucky winner of the 5-day freeride holiday in Skicircus Saalbach Hinterglemm Leogang Fieberbrunn. There were also 3 runner-up prizes, consisting of day ski passes for 2 people. There was happiness abounds in Isarvorstadt that evening: Annett’s Christmas couldn’t be better, with a freeride holiday to look forward to, and Johanna, Christopher & Alan were all beaming when they received their ski passes. 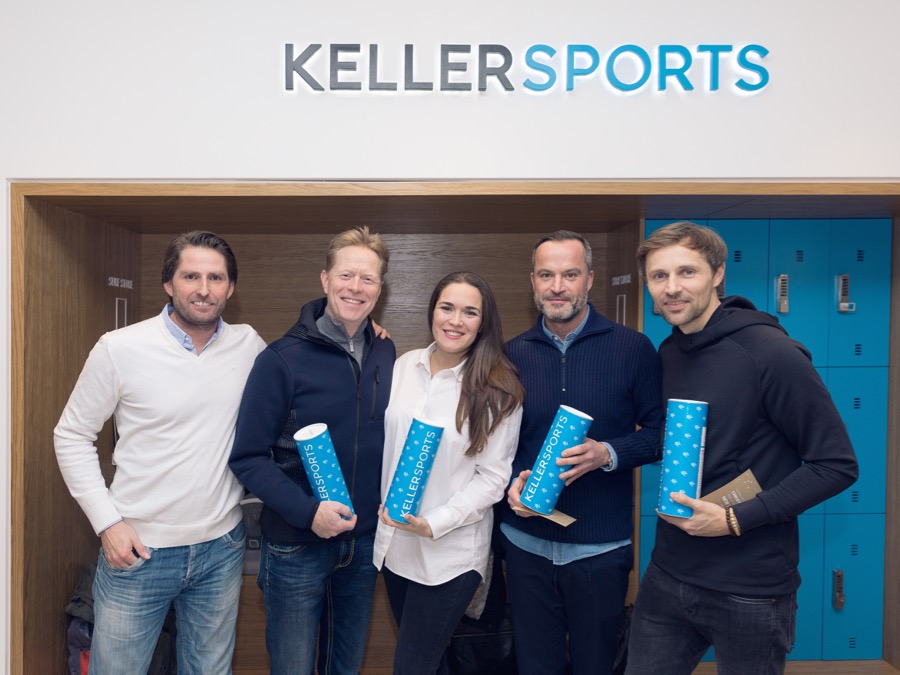 What better way to end the evening than by watching a football game all together on our video wall? After-work beer in hand, we sat with Dieter Thoma to follow FC Bayern’s victory against BVB in the DFB cup match.

Have you missed this meet & greet? Do you want to keep up to date on future events? Then check out our Facebook page or subscribe to our Store newsletter!