LONDON CALLING: THE OUTFITS OF THE TENNIS STARS AT THE ENGLISH GRAND SLAM 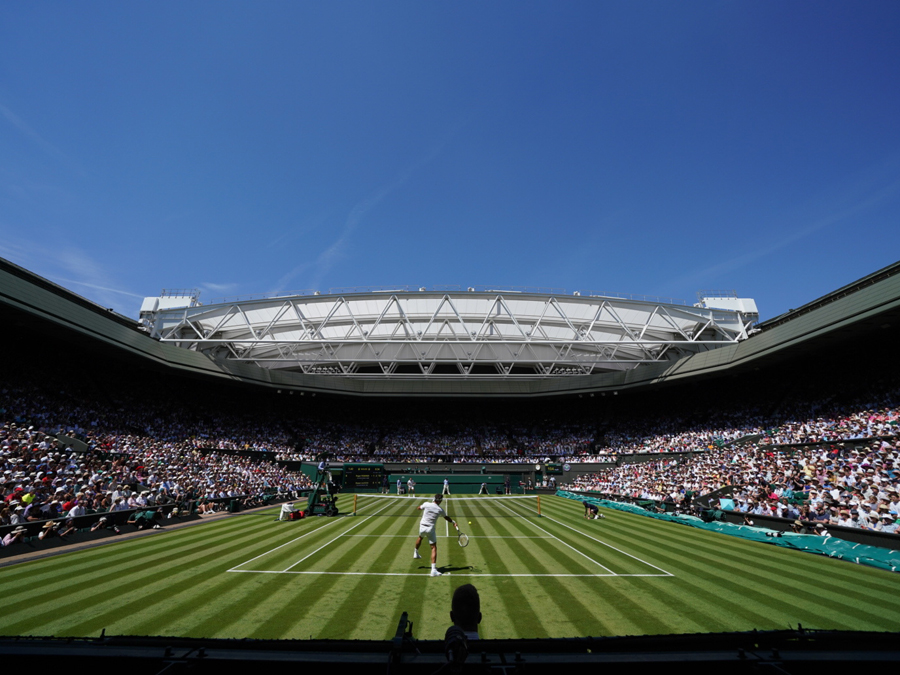 The legendary grass court Tennis Grand Slam in London will be drawing to a close soon. It’s now time for the tennis world elite to take part in the oldest and most renown tennis tournament on Earth. Who are you crossing your fingers for? Who are you cheering for? Who do you think will win the title in England this year? Like most years, the biggest tennis brands have launched new collections for the London tournament. Traditionally, everyone on the London court plays in full white - both tennis clothes and tennis shoes. So, how can you tell the brands’ products apart? Which tennis pros wear which brands? We’ll explain.

Our partner adidas is well represented in the London 2018 tournament by world No. 4 Alexander Zverev and former world No. 1 Angelique Kerber. Joining them in adidas London outfits are Caroline Wozniacki and Garbiñe Muguruza.

This year in London, Zverev sported the adidas Barricade 2018 BOOST tennis shoe. The famous Barricade Chassis delivers sturdy support during fast lateral movements. The BOOST midsole provides the same benefits as it does in all adidas running shoes: energy return, responsiveness and explosivity. The adidas Barricade 2018 BOOST is also equipped with a so-called Geofit construction, which lends the foot a perfect fit and maximum comfort during the match. 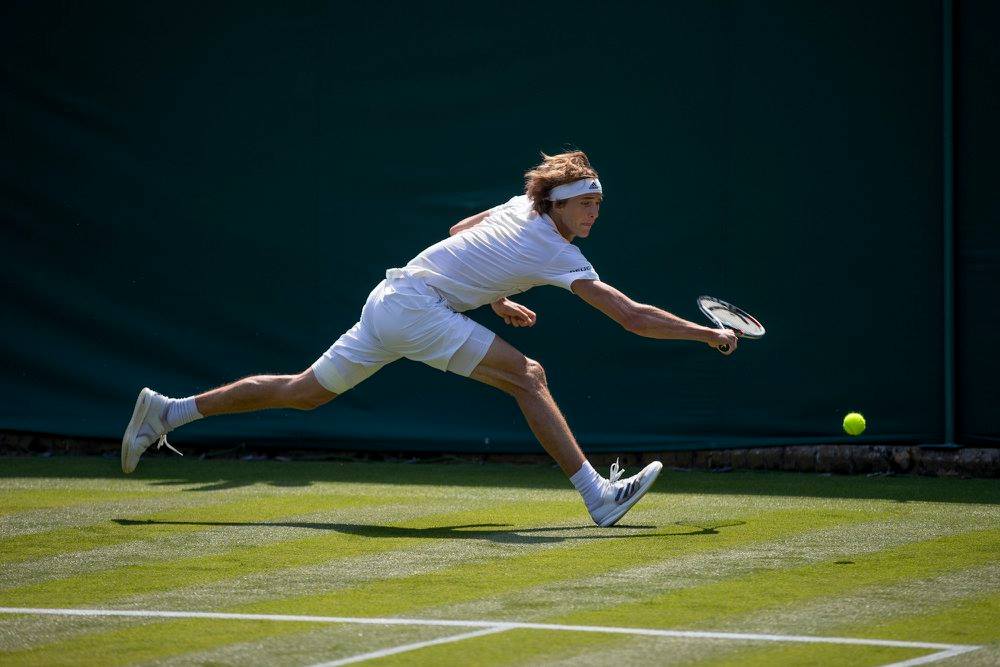 Alexander Zverev also wore the adidas Barricade men’s tennis top to match the shoes. The t-shirt has panels under the arms for extra freedom of movement and is made of adidas Climacool material that keeps the body cool and comfortable even during the longest, toughest matches - full concentration on the game is guaranteed. What did you think of Zverev’s performance this year? 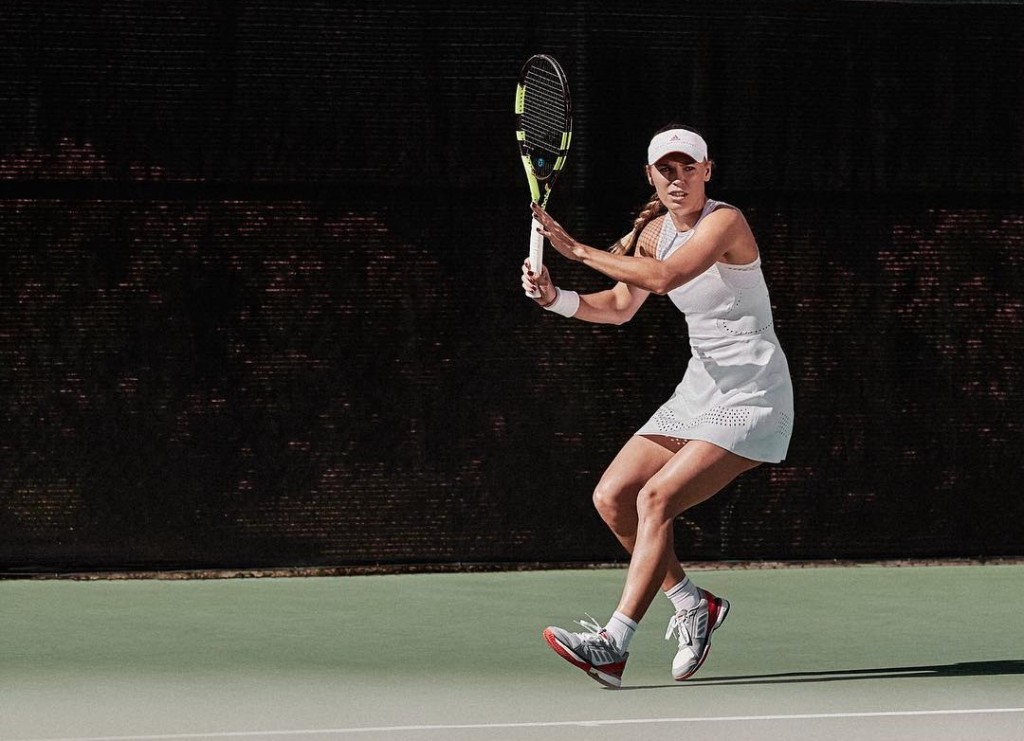 American brand Nike has also some amazing athletes representing it in the London 2018 tournament. Legend and world No. 2 Rafa Nadal, and No. 5 Juan Martin del Potro both wear Nike in London. For the women, we have No. 1 Simona Halep and the legendary Williams sisters also clad in Nike outfits at the London Grand Slam.

Spanish tennis legend Rafael Nadal is sporting the Nike Zoom Cage 3 Rafa tennis shoe during his quest to earn his third English Grand Slam title. The “Cage” in the name refers to the shoe’s upper, which looks like a cage. This is made of light yet hardwearing rubber that keeps the foot in place and lends the wearer power and speed on the tennis court. The Nike Air Zoom element in the sole delivers soft, responsive cushioning during every stride. Nadal has shown time and time again what this shoe is capable of - we’re looking forward to seeing what else player and shoe can achieve together in the current tournament.

Current world No. 1, Simona Halep, has also played in London wearing Nike shoes. With the help of Nike Air Zoom Vapor X, she hoped to repeat the success she had in the French Open. Unfortunately, it wasn’t to be. Nonetheless, the Dynamic Fit system of the Nike Air Zoom Vapor X tennis shoe proved to deliver optimum control. The TPU foot stabiliser throughout the shoe provides the foot with enough multi-directional stability to support fast side movements. The Zoom Air element in the heel offers hardwearing cushioning with a thin profile. What do you think of this Nike tennis shoe?
Find the Nike tennis outfits here » 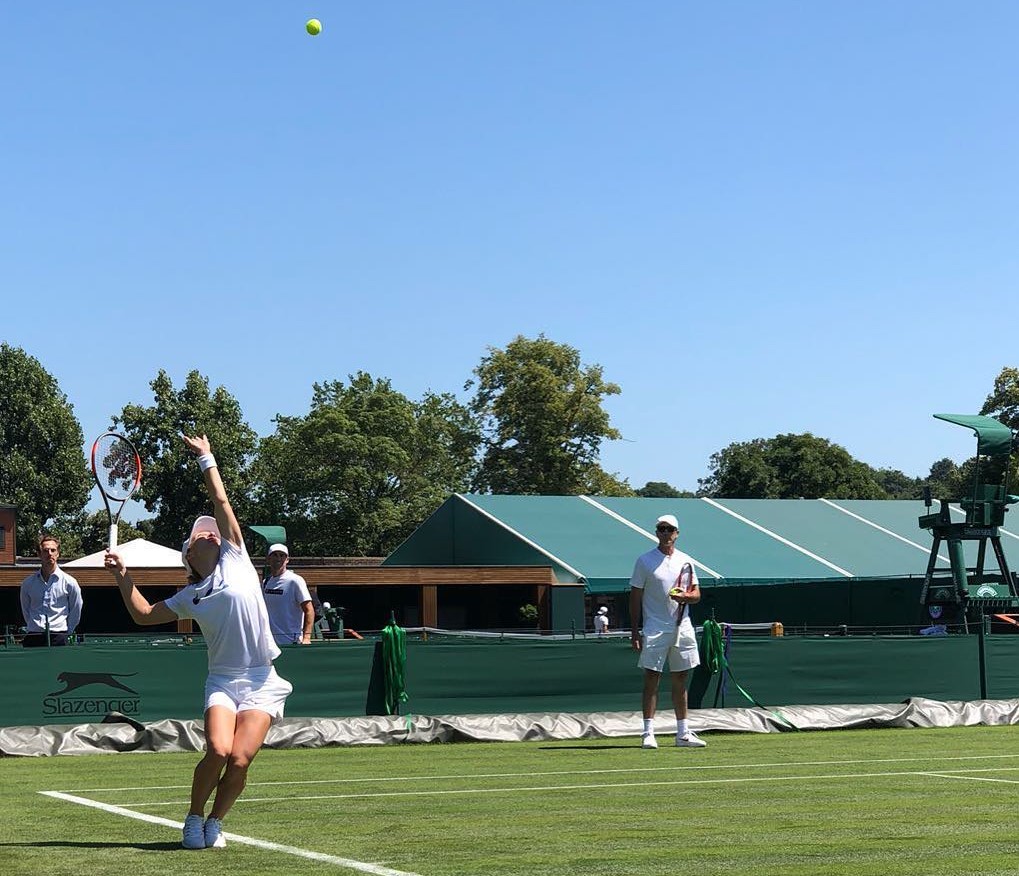 The Grand Slam 2018 tournament in London hasn’t got off to a good start for ASICS athletes. World No. 10 David Goffin, from Belgium, and US-born Coco Vandeweghe were both out in the first round. Gaël Monfils, from France, hasn’t made it to the final either. The Japanese brand’s hopes now lie with former world No. 1 Novak Đoković, playing in ASICS shoes. Despite the losses, we’re still very pleased to tell you more about the ASICS outfits worn by the tennis stars in London.

The ASICS outfit of Gaël Monfils

The French tennis pro played in London in the white ASICS Club men’s tennis top. With ASICS MotionDry technology, this top keeps the body nice and dry regardless of the high temperatures. Additional circulation is delivered by the mesh panels on the back. The Soft Touch material of this ASICS t-shirt provides perfect comfort on the tennis court. Just as comfortable are the round neckline and the contrasting mesh panels around the neck. 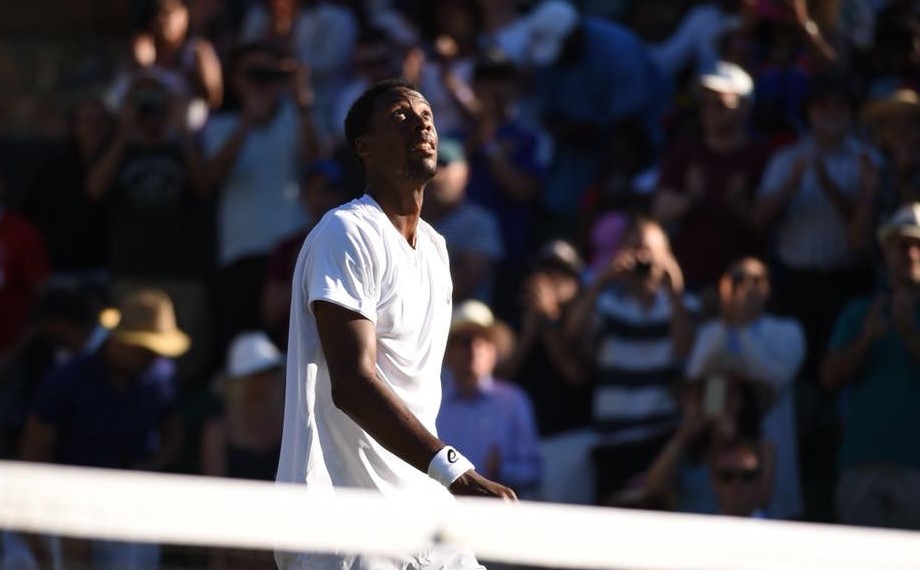 US athlete Coco Vandeweghe sported the ASICS GEL-Solution Speed 3 at the tournament in London. This tennis shoe is stable, comfortable and softly cushioned - this is thanks to the Solyte midsole and the famous ASICS GEL cushioning, which ensures impact is dissipated all over the foot. The DuoMax Support system is a small wedge on the inside of the foot that prevents it from bending inwards during the transition phase of a stride. The upper is made of extremely robust PU material with a seamless finish. With this shoe, nothing stands in the way of slides and wide lunges to return tough shots. A great tennis shoe with a classic ASICS character.
Find your new ASICS tennis outfit here » 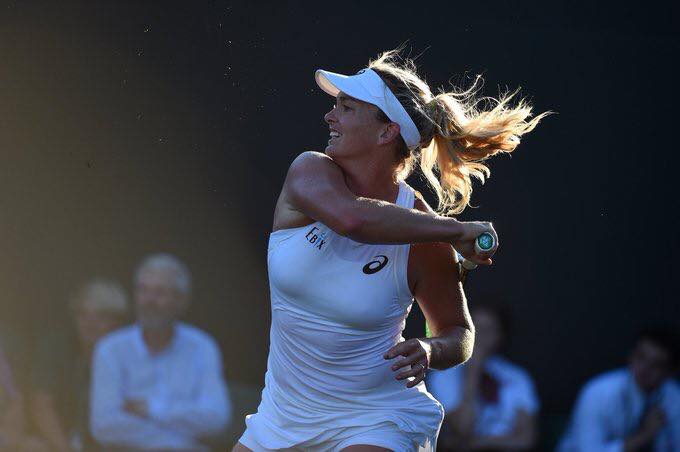 THE BLACKROLL DIE MANNSCHAFT PERFORMANCE KIT: TRAINING AND REGENERATION LIKE THE DFB PROS