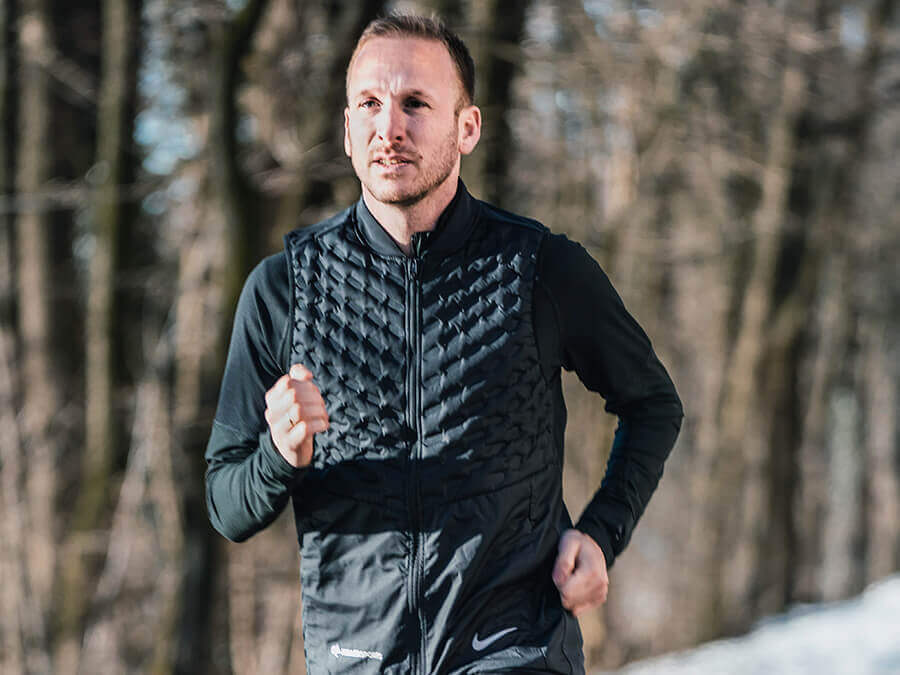 Running is probably the oldest sport in the world. The reason and motivation don’t matter, we are all runners one way or another. Some people want to lose weight, others want to improve their endurance and others want to train for the next marathon. We talked to the former long-distance runner Jan Fitschen and asked him what running means to him. What advice does he have for beginners and advanced runners and how does he see running in itself? Jan Fitschen from Lower Saxony is a former long-distance professional. His best disciplines were the 5,000 m and 10,000 m, but he has also run several half/marathons. He was European Champion over 10,000 m in 2006 and German Champion 28 times. His personal best marathon time of 2:13:10 made him the fastest European in 2012, ranked 14th. Jan now works mainly as a running coach. A true professional who lives and loves running. Here is the whole interview with Jan Fitschen: 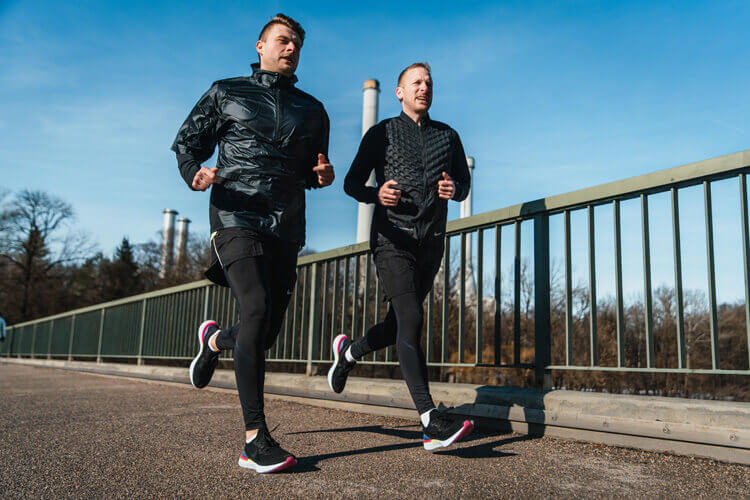 How did you get started?

I actually started running at a very early age. I used to play football, badminton and many other things. After that, I realised I wasn’t much good at losing. That’s why football wasn’t a good fit for me. I’m pretty good at running without a ball though. And when I screw up, it’s all on me. When I run, I am responsible for myself and not one of my team-mates. The more I train, the faster I get. That’s when I realised that this is my sport. I’m doing this.

What motivates you to go running? And are there moments that even you struggle to overcome?

The idea that I can totally switch off when I run and feel better afterwards motivates me to run. For me, running is absolute freedom and just what I need to actually feel alive. I also have to struggle to get started from time to time, but when I get home I feel incredibly happy.

What tips do you have for newcomers to successfully master even small distances?

As a newbie runner, it is especially important that you don’t start too fast. When you look around, you quickly think: ’Sure, everybody runs fast, everybody runs far. I have to be able to do that too.’ And everybody starts running too fast. Beginners should start running as slowly as possible. Then you surprise yourself, because then you’ll be running for 10 or 15 minutes at a time. All you have to do is force yourself to start very slowly and focus on yourself. 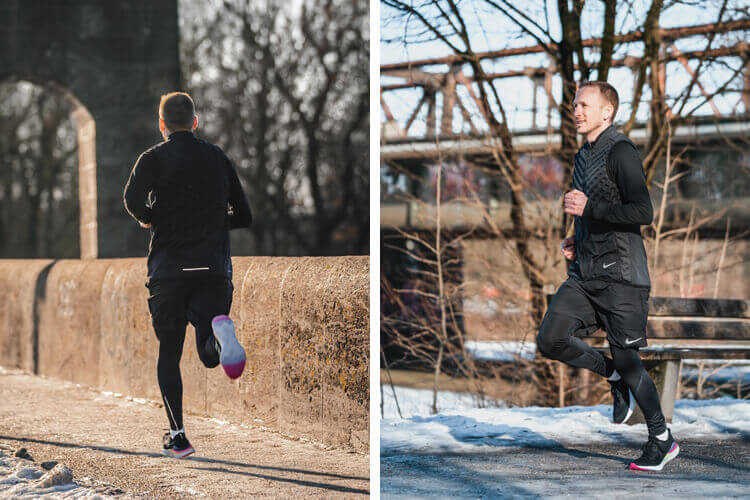 What advice do you have for advanced runners?

Once you’ve created a solid base, when you can run 10 km at a time without it really bothering you, then comes the next step. You need to start training differently. Get out of the comfort zone. Sometimes you have to force yourself to run extremely slowly. But also to really step up the pace on other days. After that you don’t just run until you can’t, you run until you really can’t anymore. This will help you make real progress and after disciplined training, you will be able to run a half marathon yourself.

What do you have to consider when running?

The nice thing is that you don’t have to worry about anything when running. All you need is some good shoes and you got to get going. The most important aspect of running is that you can do it anytime, anywhere, on your own and start without any further commitment. Running is the most basic form of exercise we know. Anyone can do it; you just have to start. You’ll soon see you’re making progress and getting better and better. And once you have taken the first step and geared yourself up, all you need is the right kit. Good clothing that is breathable, light and functional at the same time. And a good running watch to track your successes.

Do you track your runs? And if so, why?

I think it’s important that I track my own runs as well. Then I can see when I’m getting better. I can see in black and white what is really happening. If I make progress, then I have tracked it and nothing is as motivating as my own progress, my own success. Running is not always easy. But when you’ve overcome your inhibitions, when you’ve fought, when you’ve achieved something, then always remember it. Reward yourself for that, too. Keller sMiles is a totally innovative app one that gives you true rewards, it really puts a rocket under your motivation to get running when you get started with it. 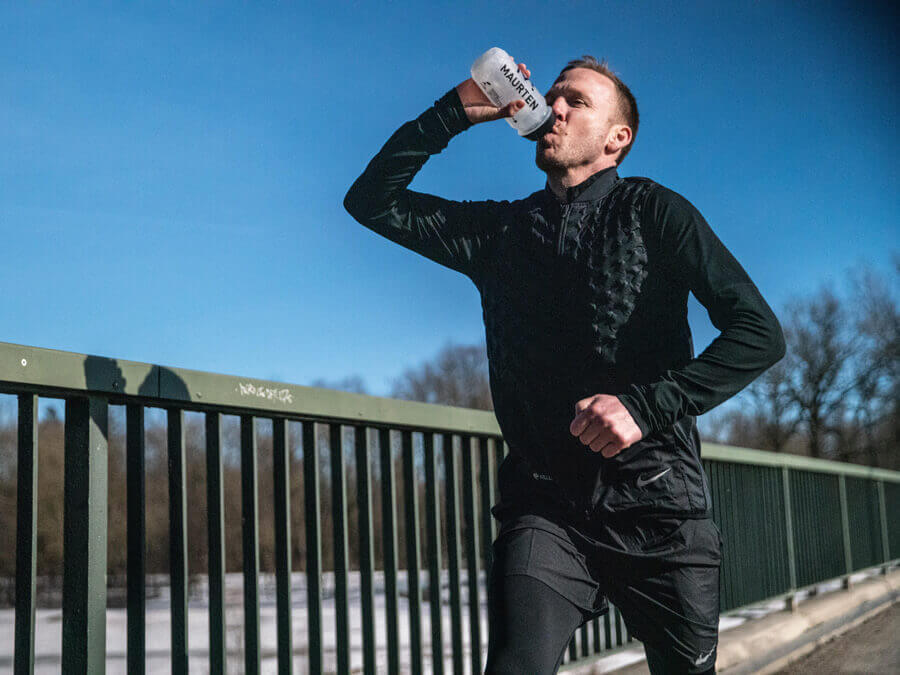 What is so special about a competition like a half marathon or a marathon?

Competitions are the icing on the cake of every runner. Of course, not right away as a beginner. You first have to have done all the groundwork. But when you are ready, you simply need to set yourself goals you can work towards so you are more motivated and consistent during training. Sign up for a 5 km, 10 km, half marathon or marathon competition. These give you an opportunity to show what you’ve been training for. And in the competition itself, you can see you are not the only crazy one and realise that others are just as nervous and excited as you are. Then off you go.

What you think about during training and competitions?

You always go through a roller-coaster of emotions for every half marathon or any other competition. You start off being really ambitious and focused. The next minute, you suddenly think: ’I don’t know if I’m really fit enough, whether I can hit peak performance today. Why on earth am I doing this anyway?’ But then you set off. Two km further on, you think: ‘I can’t do it anymore and I haven’t even got halfway’. In competition, it’s always up and down. The only thing that helps is the famous salami tactic. Don’t think that you still have got 5 km or 10 km to go. Just think of the next 300 to 400 m. You can still do those. And once you’ve done that, you can do the next 300 m and the next 300 m and then you are at the finish line. Then you’re the king.

What competition would you personally call your greatest success?

My best and greatest run was at the European Championship. I became European Champion in the 10,000 m race and that was incredible! I was totally surprised and so was everyone else. I was so happy at the finish and felt like I could run another 10,000 m. It was just nuts. Moments like that just never leave you. It doesn’t matter if you become European Champion or if you finished a 10 km run, a half marathon or a marathon for the first time. This feeling that you’ve really worked for something and made it. It’s not easy to get there. But when you’ve won it and it works even better than you’d hoped it would, those are moments nobody ever forgets. 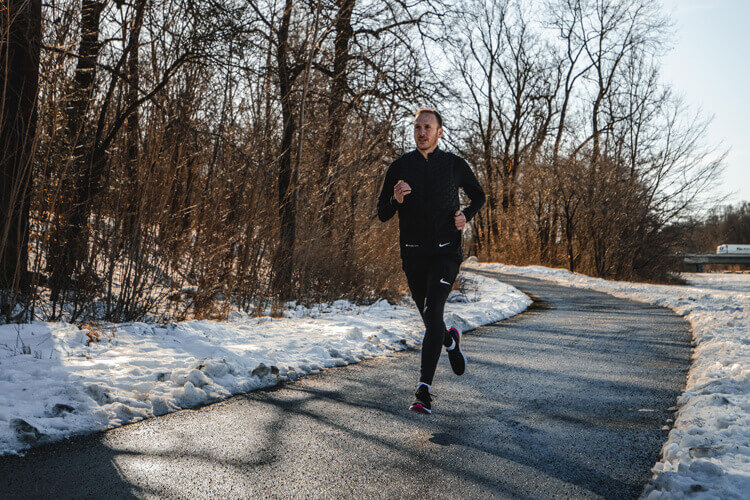 How do you handle defeats?

Well, in my time as a professional athlete, I have suffered considerably more defeats than victories. Fortunately, the defeats are forgotten and the victories remain. This was the most blatant example for me: In 2002, when we had the European championship here in Munich, I qualified for the 5,000 meter run and was in absolute top form. I knew then that I wasn’t going to be able to win but I could have been among the top 10 in Europe. Unfortunately, I ate something bad two days before and my stomach couldn’t stand it, so when the 5,000 m final took place I was sat crying in the stands. I then thought about quitting competitive sports, but then I told myself: ’No, just keep going’. That was the best decision ever. Because I didn’t compete there, nobody had their eye on me four years later and I became European Champion. And that’s what you learn in running. You always get setbacks, but life just goes on and if you can manage that, you can get a positive out of every defeat. You say to yourself, ‘Watch out, today it’s snowing and the weather is bad, then I’ll run slower and will have done a great workout for foot muscles in the horrible weather’, then you’ll be one step ahead. You can then transfer this very experience from running to your life. Life has its ups and downs and running is a great way to learn how to handle it.

Running is like meditation for me. You start off thinking about what’s on your mind, what you’ve got to do that day. And some point, you just switch off and you just run. Then you come home and think: ‘That was really good!’.
Discover the latest running gear and start your run »
Tags: INTERVIEW, JAN FITSCHEN, NIKE, RUNNING