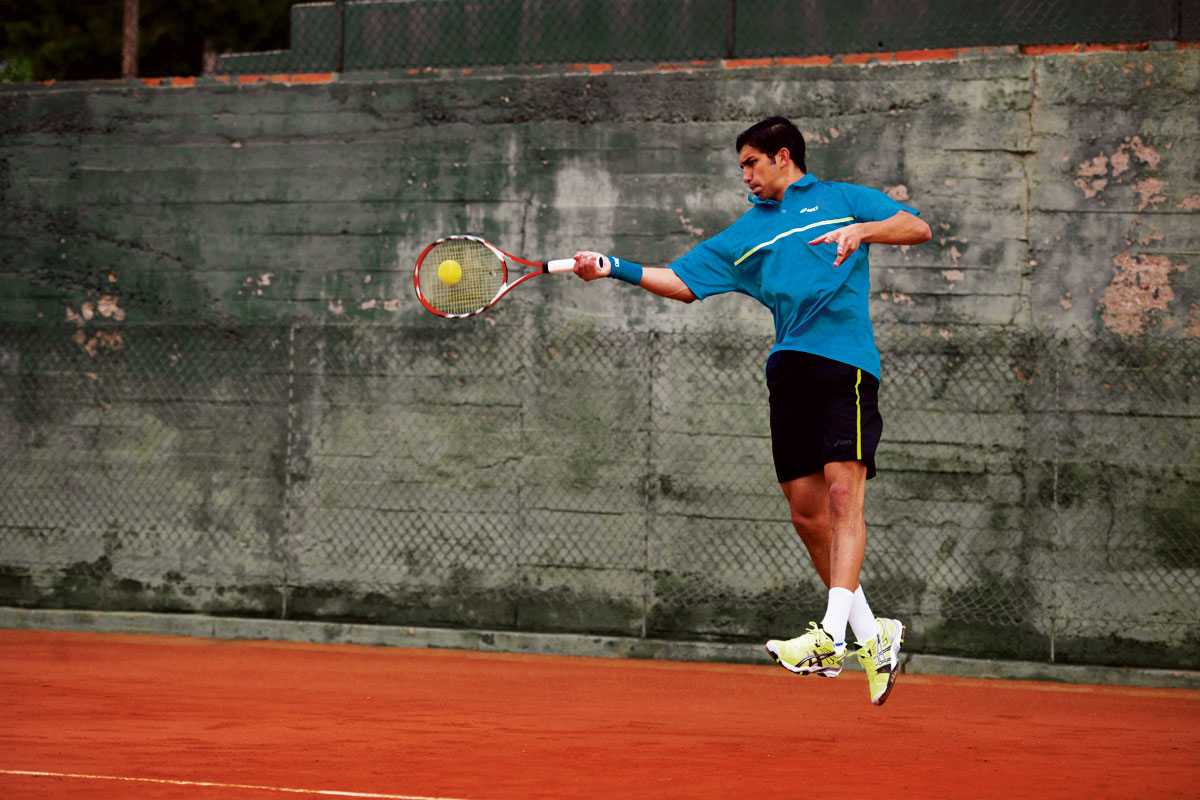 What type of player are you? Do you know your strengths (and weaknesses) and how to properly exploit them? Do you recognise your opponent’s playing style, and know how you must adjust your game, so that you have the best possible tactics and can take the game to your opponent? No? Carry on reading!   The search for your own playing style can become a bit boring, since you have to pay attention to lots of things. Therefore you need to be very patient and open to different types of play. Naturally, your experience plays a massive role during training and matches because you recognise what works well and brings you success. Physique is a very distinctive feature that helps you to assess your own game but also your opponent’s playing style. Grip (have a look at why the backswing, grip & position are so important for every tennis player), your own tactical understanding (yes, knowledge of tennis theory is a must) and mental strength are all further influences on style. Concentrate on these four aspects and you will quickly develop your own playing style, which will be as unique as a finger print. Usually, it will be just as difficult to read your opponent’s knowledge of the game as their mental strength. Grip is also difficult to see from a distance, so your focus during the match should be on the opponent’s physique. You can figure this out easily and change your game to suit it.

Big and therefore (usually) heavier tennis players should mainly focus on the serve and return game, because you can begin to put pressure on the opponent right from the start with these two shots. Furthermore, you should try and keep the rallies short, and maintain a stable stance at the line. Just as important tactics wise is your route to the net, because big players benefit from their big body size and wingspan and can cover a massive area at the net.

Movement is obviously the weakness of such players. It’s no secret, that a John Isner is nowhere near as mobile as a Nikolay Davydenko or a Novak Djokovic. He plays a completely different game. For this reason, players with above average dimensions should avoid long rallies and running, because they won’t be able to exploit their own strengths within the rally. [gallery type="rectangular" ids="5761,5754,5747"] Big players don’t have as many opportunities to shape their game, but that doesn’t have to be a disadvantage. Players who perfect their power game, with their serves, returns and volleys (like Thomas Berdych, John Isner or Nicolas Mahut) will quickly find their way to the top and become a difficult player to play against. In most cases, your power game will shape the course of the game and by the end the consistency of your shots and the effectiveness of your serves and returns will decide the winner or loser.

Players of a small to medium stature show the complete opposite. The playing style can be much more flexible and they have typically much more opportunity to shape their own game. The strengths of small players should definitely lie in their foot work and stamina, therefore they should have outstanding fitness to enable them to use their speed to cover as much of the court as possible. As a rule, smaller players don’t tend to have as powerful a shot as bigger players. This also stands for their serve so they must take advantage of other qualities. Their goal should be to have as many long rallies as possible and avoid stupid mistakes, so that the opponent feels like they are playing a ball machine. Two very good examples are David Ferrer or Richard Gasquet. With their great fitness and unbelievable intensity they can put their opponent under a lot of pressure and stay on top of the game.

The main weakness of these players in most cases is their serve, so if you’re a good returner you can put the server under a lot of pressure from the start.  Smaller players definitely can’t make up for their lesser range with their fitness forever, so for this reason the fitness of all players is essential for a successful and constant match, whether you are male or female.

The strengths of the “average joe”

[gallery type="rectangular" ids="5768,5782,5775"] In most cases, players with an average physique are up to a height of 1.90m (6‘3). Good examples of these kinds of players are Andy Murray and Novak Djokovic amongst others, who have great fitness and foot work, but also can serve well. These players’ games are complex and extensive because they have a lot of opportunities to put the opponent under pressure. They can effectively make tactical and strategic changes during the match. With this basic knowledge you can easily adjust to the match.  Even if you are coming across the opponent’s playing style for the first time, you will be able to form a general picture before the game and set your strategy and tactics.

TRACK TRAINING: IMPROVE YOUR RUNNING TECHNIQUE, COORDINATION AND STABILISE THE ARCHES OF YOUR FEET

BASIC TRAINING IN AUTUMN AND WINTER