GET TOGETHER WITH THE HAHNERTWINS 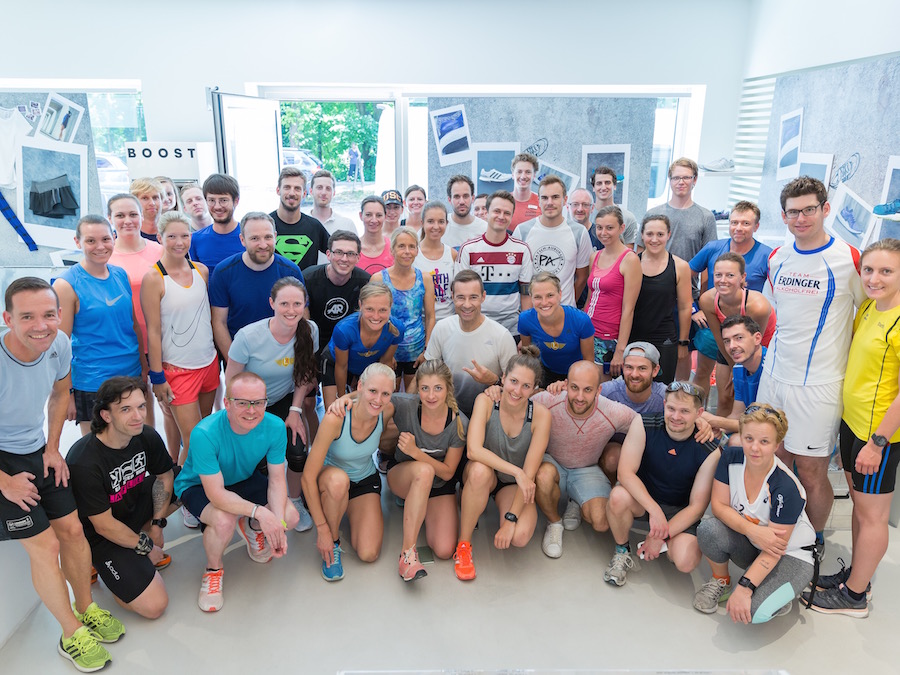 On Saturday, 8th July, we had quite a lot going on in the Keller Sports Store! At midday, around 50 sports fans met up at the store - from amateurs to experienced marathon runners and everything in between. They were all waiting excitedly for the two Olympic runners, Anna and Lisa Hahner, who were invited to a relaxed get-together at 1 pm. 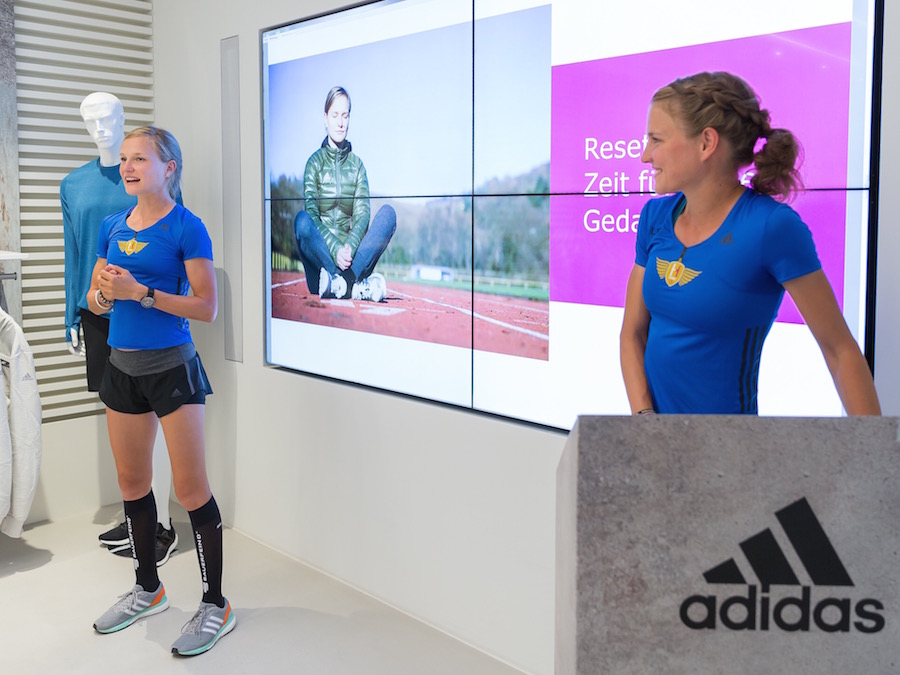 With their warm, inspiring attitude, they soon had the attention of the listeners. In an exciting presentation, they told us about how they got into sports, their successes and failures, as well as their training regimes and nutrition. An interesting point was that they started running at 17, inspired by Joey Kelly. Nobody imagined that less than 10 years later they would take part in the Rio Olympics. Eating the right foods was the topic of the day, both of them following a very simple principle: “Health starts in the kitchen, not the pharmacy”. 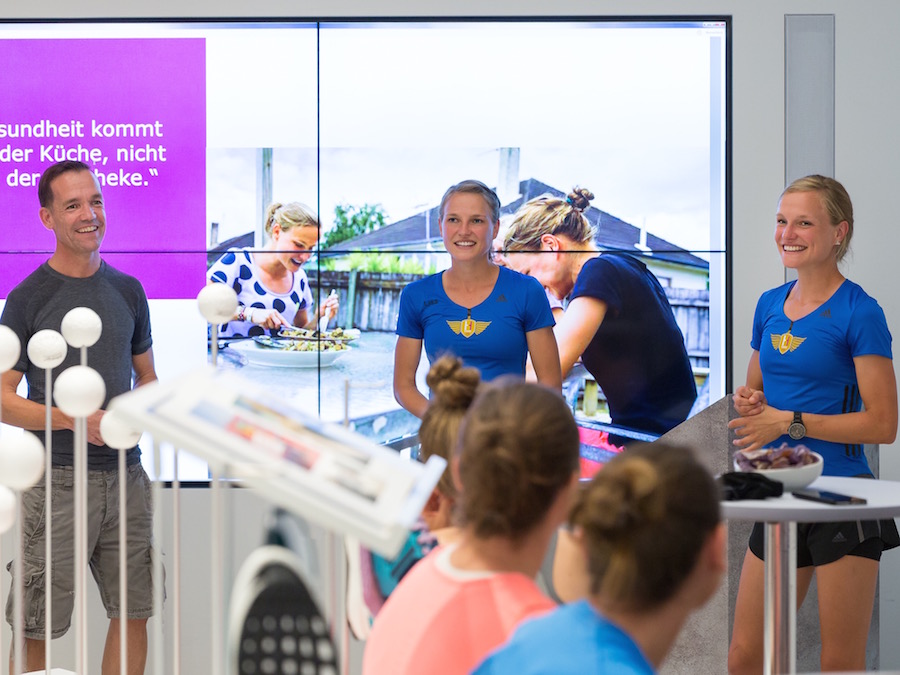 Of course, Anna and Lisa took the time to answer questions from the guests and shared some training tips and tricks. They were asked if their long workouts ever become boring, to which they both answered spontaneously that, no, they don’t, as they take turns to sing lines of a song to one another while they train. 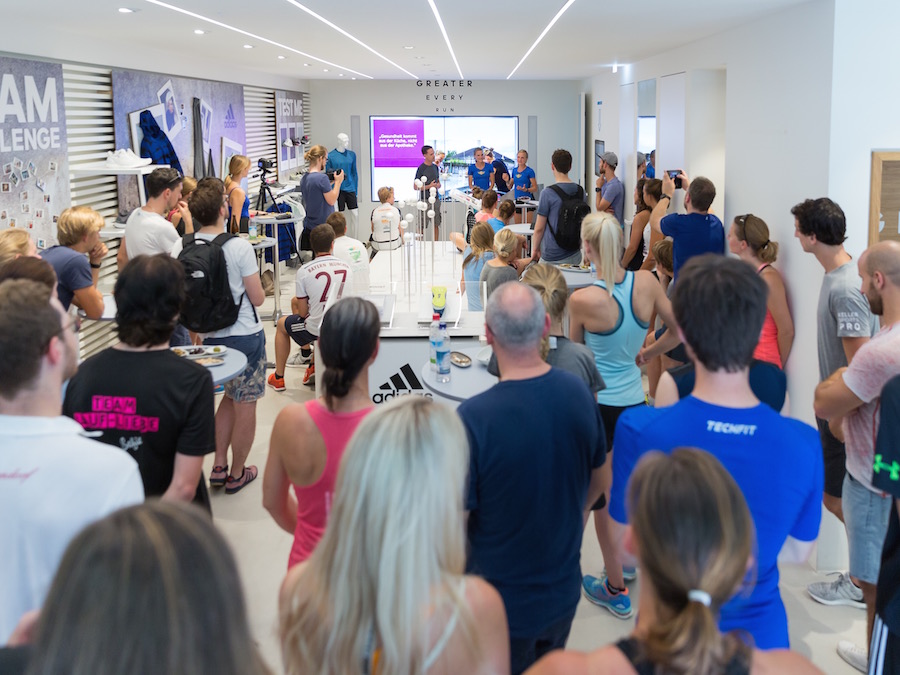 Apart from the Hahner twins, we also had a surprise guest: Kai Pflaume decided to pop by and join in the run. As the temperatures were over 30°, the large group went for a relaxed jog along the Isar river. During the run, many participants chatted with the twins and had the chance to see them both in action. With cold drinks and some Spanish snacks, the group cooled down a bit after the run with Anna, Lisa and Kai, all ready and waiting for questions, selfies and photos! 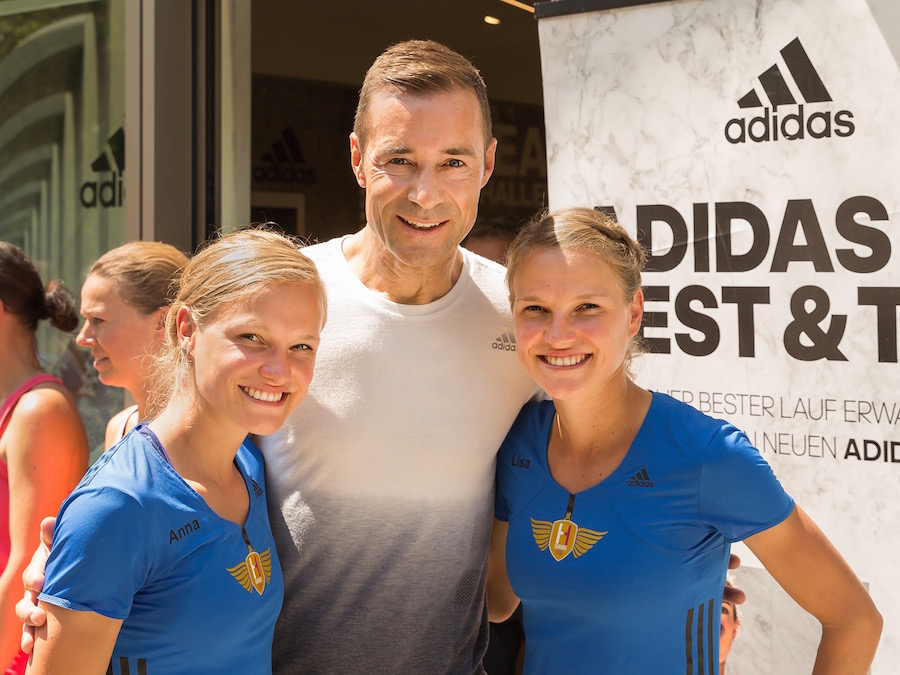 During the leaderboard presentation, particular excitement rose in the hard working Team Challenge, who still have until 15th July to win the “Behind the Scenes” weekend at the adidas headquarters. The runners-up were extremely close, so the last week of the competition will be very exciting indeed! Last but not least, Anna and Lisa picked one lucky runner from among the participants to win the pair of Ultra Boost shoes. Do you want to take part in upcoming events? Check out our Facebook and Instagram pages to be the first to find out about them!
Tags: ADIDAS, RUNNING, ULTRA BOOST