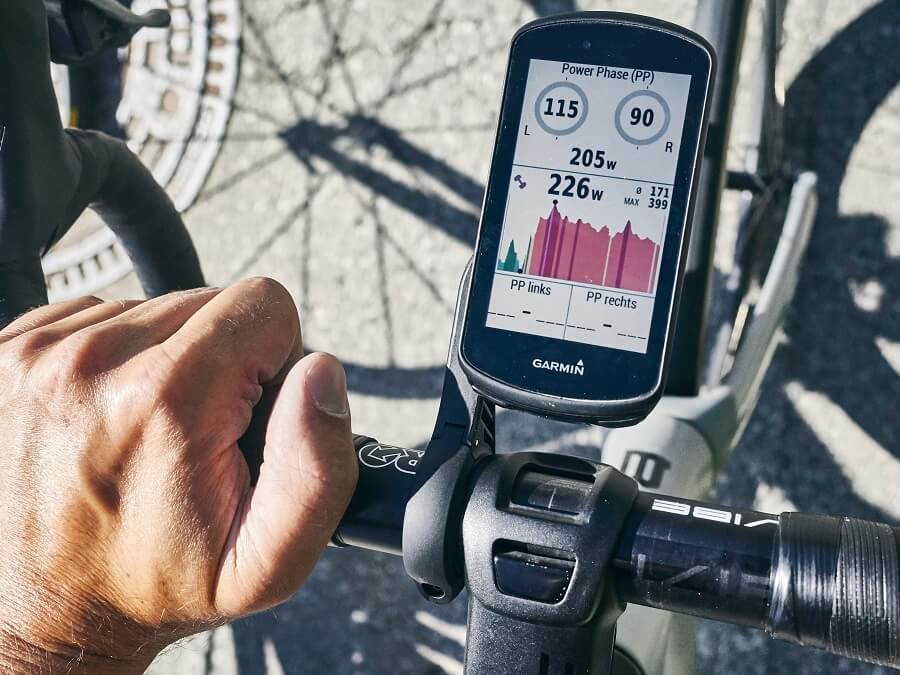 The term "bicycle computer" has probably never been more appropriate than it is for the new Garmin Edge 1030 Plus. The almost infinite range of functions of the device surpasses everything on the market so far. Keller Sports Pro Martin took a closer look at the Garmin device and tested it extensively on a bike tour. 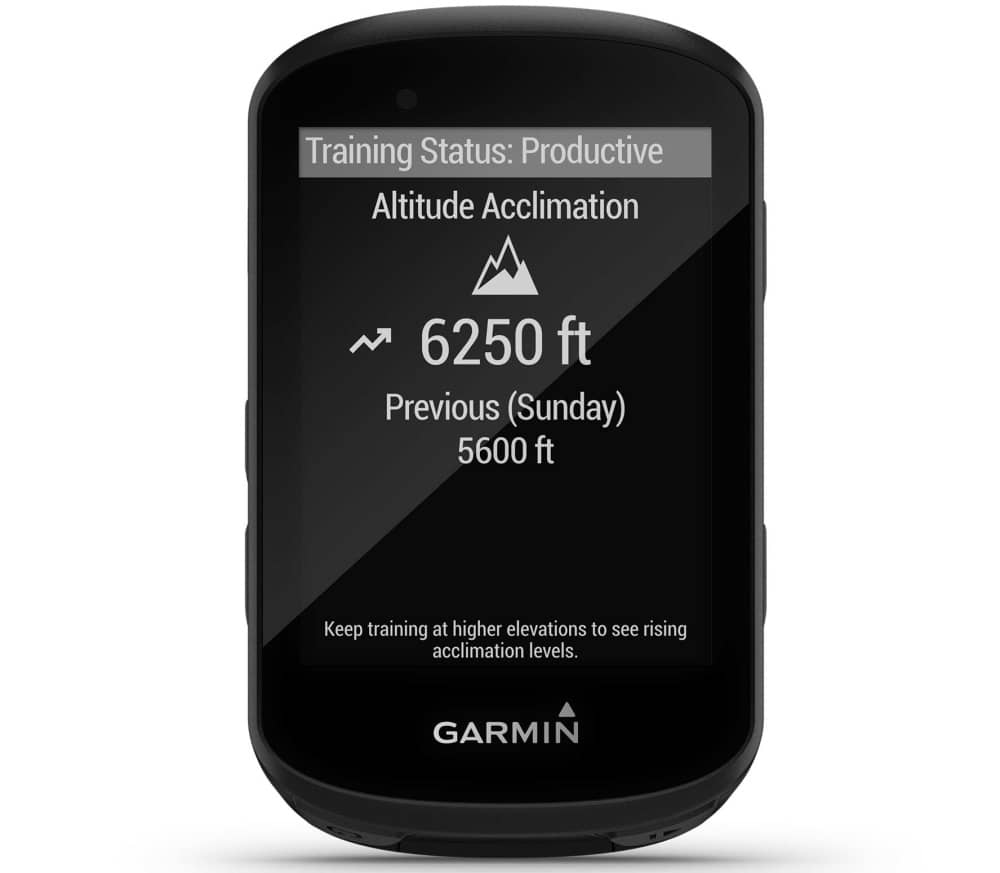 The Garmin Edge 1030 Plus bike computer

Of course, you can simply turn up the Garmin Edge 1030 Plus, locate the satellites and drive off. Then the computer records all the data during the ride, gets all the parameters via GPS without any sensors and after the activity you have collected everything you want to know about your ride: speeds, distances, minimum and maximum values, and much more. So far so good - almost all GPS-supported bike computers on the market can do this.

With the Garmin Edge 1030 Plus, however, the list of functions with which the device supports the rider on the bike only begins at this point. It would be going too far to go into detail about every feature - there are too many to list. Instead, we will pick out a few and test them for their usefulness and function in practice. 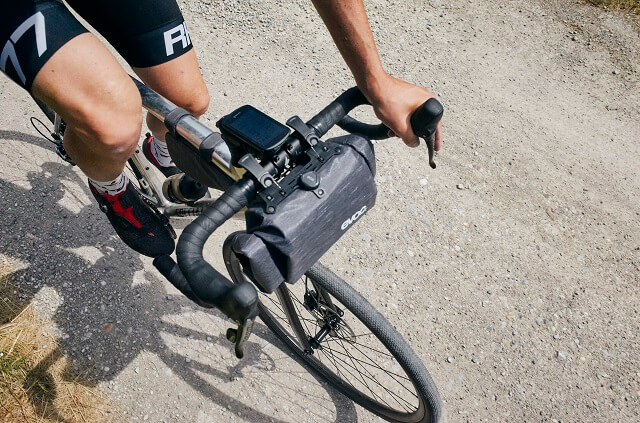 The features of the Garmin Edge 1030 cycling computer

For example, the Garmin Edge 1030 Plus can be equipped with various alarms. The device can warn you when you exceed or fall below a certain value in heart rate or watt, you can set countdowns and time limits or even alarms that work on a calorie basis. Normally at least a heart rate measurement is necessary or useful for this purpose, otherwise the underlying measurement is too inaccurate.

Another feature will be particularly appreciated by those who often travel in different regions but do not want to spend too much time planning their route. Here the Garmin Edge 1030 Plus (and many other Edge models as well) can suggest a selection of routes. To do this, you enter the approximate desired length and difficulty and the computer selects from popular routes and based on the desired parameters three routes that start directly from your own front tyre and are usually quite useful.

Of course there are limits to this system too: If you choose a 40-kilometre route in the middle of a city, it will inevitably not lead too far out of the city and may even include some unattractive sections. However, for slightly longer distances, the Garmin bicycle computer will actually include popular and attractive sections in the route planning. 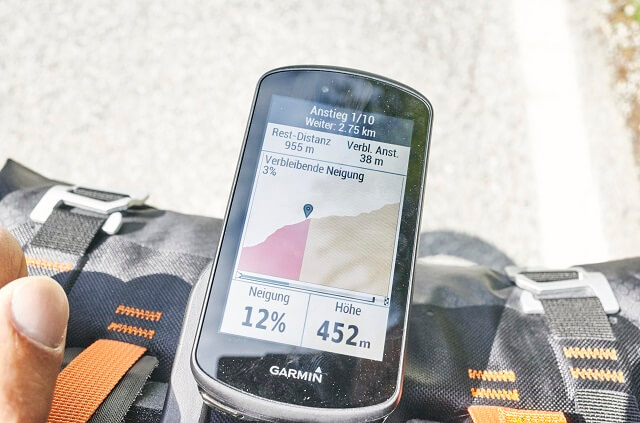 At first glance, the section in which training courses can be proposed and worked through appears somewhat complex. On the basis of the previous performance data and the experience from previous rides, the Garmin Edge 1030 Plus generates a training suggestion for each ride and displays it at the start. Of course you don't have to stick to this suggestion and if you feel patronised, you can of course turn off this tip.

If you just want to be patronised by your own training plan, you can of course integrate it into the Edge universe. The corresponding training units are then displayed, can be selected and run. The display of the Garmin Edge switches to the training view - for watt-controlled training the watt range is preset, for heart rate control the HF range. The duration and intensity of the training blocks and intervals are summarised at the bottom of the screen, so you still know what to expect.

Talking about watt-controlled training: Those who use Garmin's Powermeter pedals will enjoy a detailed display of power including the so-called "Cycling Dynamics". These display not only the power development but also the round pedal, pull and push phases and other parameters. To be honest, it is sometimes a little difficult to get an actual benefit from the data generated in this way, but at least it looks very nice!

Garmin traditionally has access to very good map material, so navigation and map display on the large colour display is a pleasure. You can continue to work with the map on the display, or you can follow the previously determined route, which appears as a blue or purple line on the map. Turn-by-turn instructions were reliably displayed, the distance to the next turn-off provides certainty about the route and by zooming in and out you can get a good picture of the overall situation.

Standard on the Garmin Edge 1030 Plus is a feature that highlights major climbs in the route and plays big on the display when you ride them. A separate page appears on the computer with the altitude profile, difficulties, remaining distance and remaining gradient (in percent and absolute in meters). This allows you to concentrate on the ascent and monitor your progress meter by meter. If there is a turnoff in the section, the computer switches back to the map view for a short time.

UAnd in this reading it would continue here: Indoor trainings, display of incoming messages from the phone, MTB downhill analysis, emergency and emergency call functions, bike theft alarm, special e-bike status pages and much more. The scope is on the verge of being overwhelming, but functions that you don't need are simply left out and thus don't "bother" you any further. Whether you really need the offered functions, whether they support or sometimes rather distract you, this has to be decided by each and everyone for himself. The basic functionalities of the Garmin Edge 1030 Plus can be found in one form or another also in the smaller Edge models, so it might be worthwhile to have a look at the whole range to find the ideal solution.

A feature that only the Garmin Edge 1030 Plus has, however, and which really puts it on a pedestal all by itself, is the battery life. The factory specification is 24 hours, and we all know that these specifications are not necessarily attainable in reality. In Keller Sports manner, however, these limits are of course also tested! When I took part in the Race Around Austria Challenge, I was in the saddle for 26.5 hours non-stop - with navigation, heart rate measurement and an active power meter. At the finish line, the Garmin Edge 1030 Plus had 27% battery capacity left - so the factory specification is easily exceeded. For long distance riders or ultra riders, this long battery life could be the killer argument for the Garmin Edge 1030 Plus. 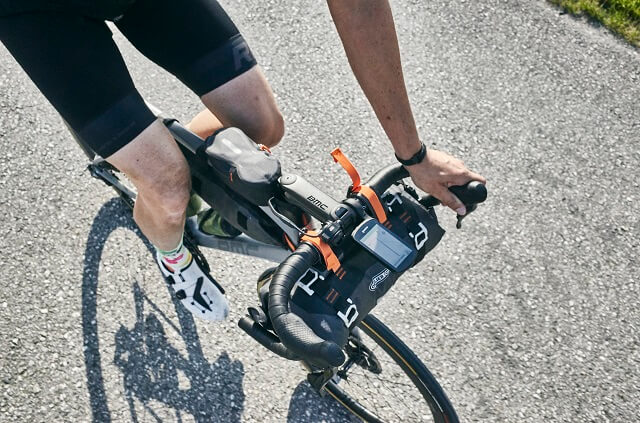 At a price of 599 euros, the Garmin Edge 1030 Plus is an impressive package that always exceeds the functionality of its user. Which features you really want to use, you first have to find out along the way - some actually help a lot to make everyday life in the saddle more comfortable or safer, others are more of a proof of technology. However, if you don't need all features at once, you'll quickly find another model in the Garmin Edge range.