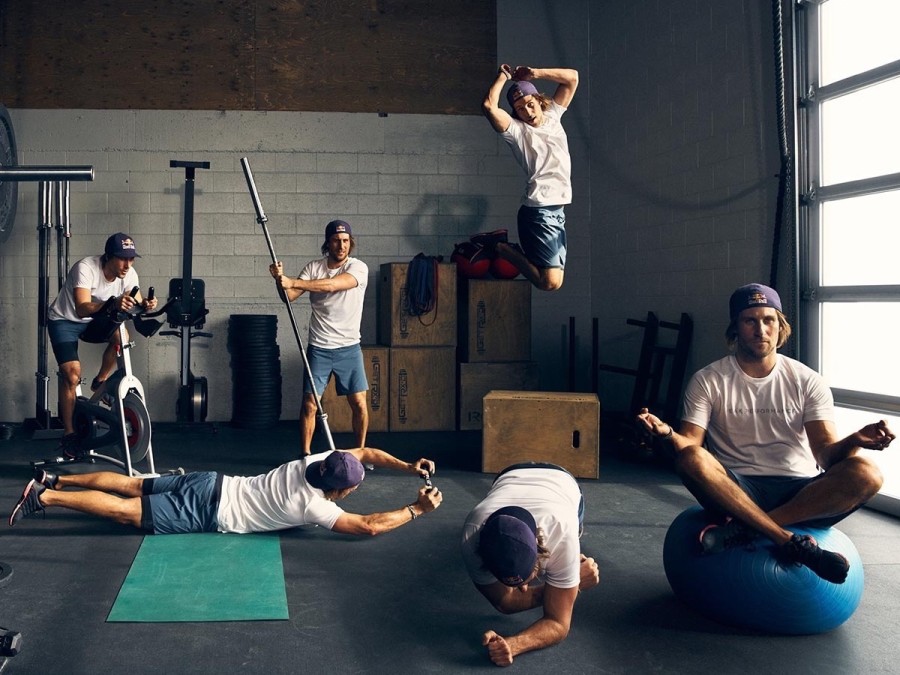 It’s still relatively warm out, but up the Zugspitze, it’s already snowed. Winter is creeping closer and it’s time to prepare for the ski season. Are you ready for the slopes and some deep snow? With some input from Peak Performance and freeride pro Henrik Windstedt, we’d like to share some exercises you can do during the low season, so nothing holds you back when it’s time to hit the powder. The Swedish freeride skier has already won the prestigious Scandinavian Big Mountain Championships six times and has been a Freeride World Champion. He knows what he’s talking about. Here are some of his exercises for you to do:

The starting position is a simple plank, with shoulders above the elbows and feet approximately hip-width apart. Keep your upper body tensed up and lift one elbow to the side and up over the body in a controlled manner. Your torso will rotate slowly and your gaze should follow the elbow. With this exercise, you not only train your body tension and stability but also the muscles in your upper body, arms and shoulders. The freeride pro recommends doing three sets with twelve reps per side.

For this exercise, you start by lying on your stomach. Tense up your glutes and legs and lift your arms from the floor. Keep this position for a moment and then roll onto your back. During the roll, it’s important to ensure your head, arms and legs don’t touch the floor. This means that, when rolling from your back onto your stomach, you need to press your chin into your chest and push your lumbar vertebrae towards the floor. Stay in the back-down position for a few moments too. You can improve the training effect by holding a light dumbbell in your hands. This exercise is great for body tension and training the torso and back muscles. Three sets of five rolls in each direction and you’ll be one step closer to being fit for winter.

Lie on your back with your hands on the floor at the sides of your hips. Now, put one foot on your stability ball, ensuring your knee is bent at a right angle. The other leg should be straight, foot pointing towards the ceiling. Press against the ball, push your hips up and lift the straight leg further into the air. The hips, torso and shoulders should stay stable and straight throughout the exercise. Once you reach as far up as possible, hold your position for a moment and then slowly release your hips back down. If you can, try not to hit the floor with your hips between reps. To make it more difficult, lift your arms up towards the ceiling during the exercise. Two sets of twelve reps per leg should do the job. These are three great exercises. If you them correctly, slowly and in a controlled manner, they’ll prove to be a great way to prepare for the coming winter season. For more exercises with short explanations and videos, click here. Enjoy your preparation for the piste and/or deep snow. 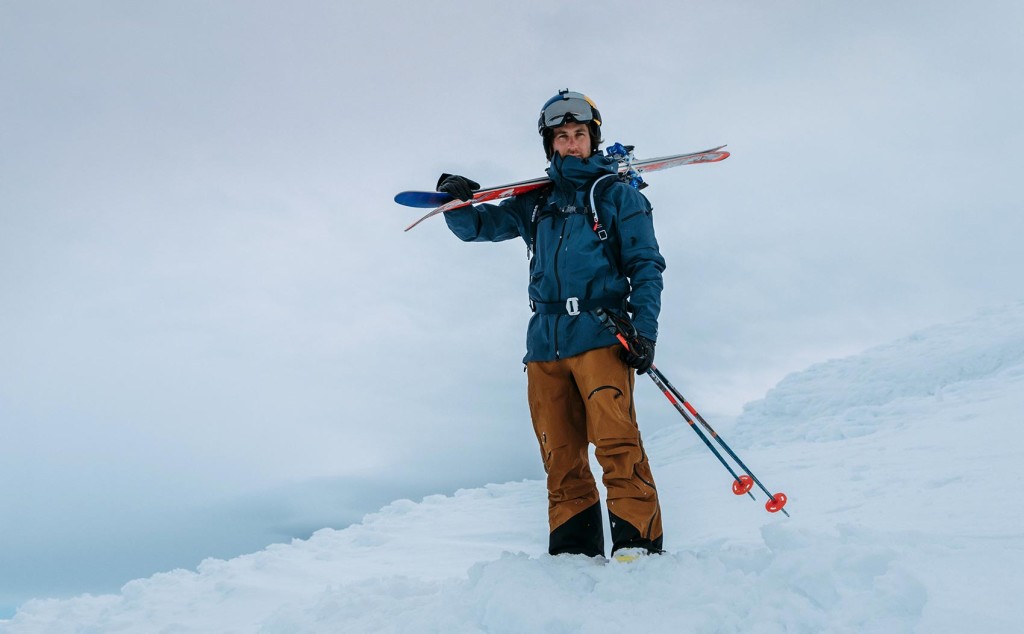 But why should you train for the winter season in the first place?

It’s incredibly important to train before the winter gets into its full stride - for several reasons. Snowboarding and skiing are sports, after all, so you need to be prepared for the physical pressure you’ll experience while practising them. Don’t get on a snowboard or skis without preparing first. Beginners should take the training very seriously to train their bodies for the slopes. Materials are becoming ever more technologically advanced. This, added to the grooming of the slopes means that skiing is getting faster every year. In turn, this puts greater pressure on your body, so account for it when training. Working out before your first descent is essential to help prevent injuries or even just aches and pains afterwards. A simple workout will improve your mobility and coordination and warm up your muscles. The ski workout we outline above can be practised anywhere - indoors or outdoors. It makes sense to train the muscle groups you’ll be using while skiing. Why not train with a group of friends? Be creative, come up with new exercises and train for the slopes and the deep snow together. Have fun with your training! We’re looking forward to a (hopefully) long, white winter.

We’ve already mentioned Henrik Windstedt’s greatest achievements at the beginning of the post. It goes without saying that he’s one of the best freeskiers in the world. The 35-year-old Swedish athlete has been representing Peak Performance on pistes and cliffs around the world for a long time. When he’s not travelling the world, skiing, filming or competing, he sees himself as a lone wolf who’s drawn back to his homeland. “When you’re on the go as much as I am, you don’t get much time to see people”, he says. “When I’m at home, I like to spend time with my friends and family”. In an interview with Peak Performance, he gives us an insight into the life of a professional freerider.
Tags: FITNESS, PEAK PERFORMANCE, TRAINING, WINTERSPORTS, WINTERSPORTS TIPS, WORKOUT, X-MAS

NO MORE EXCUSES! HOW DO YOU MOTIVATE YOURSELF FOR EXERCISE BEFORE OR AFTER WORK?

KARI TRAA- CELEBRATE YOURSELF, A STATEMENT AGAINST PERFECTION