EVEN SOFTER AND EVEN LIGHTER: THE ASICS NIMBUS 19 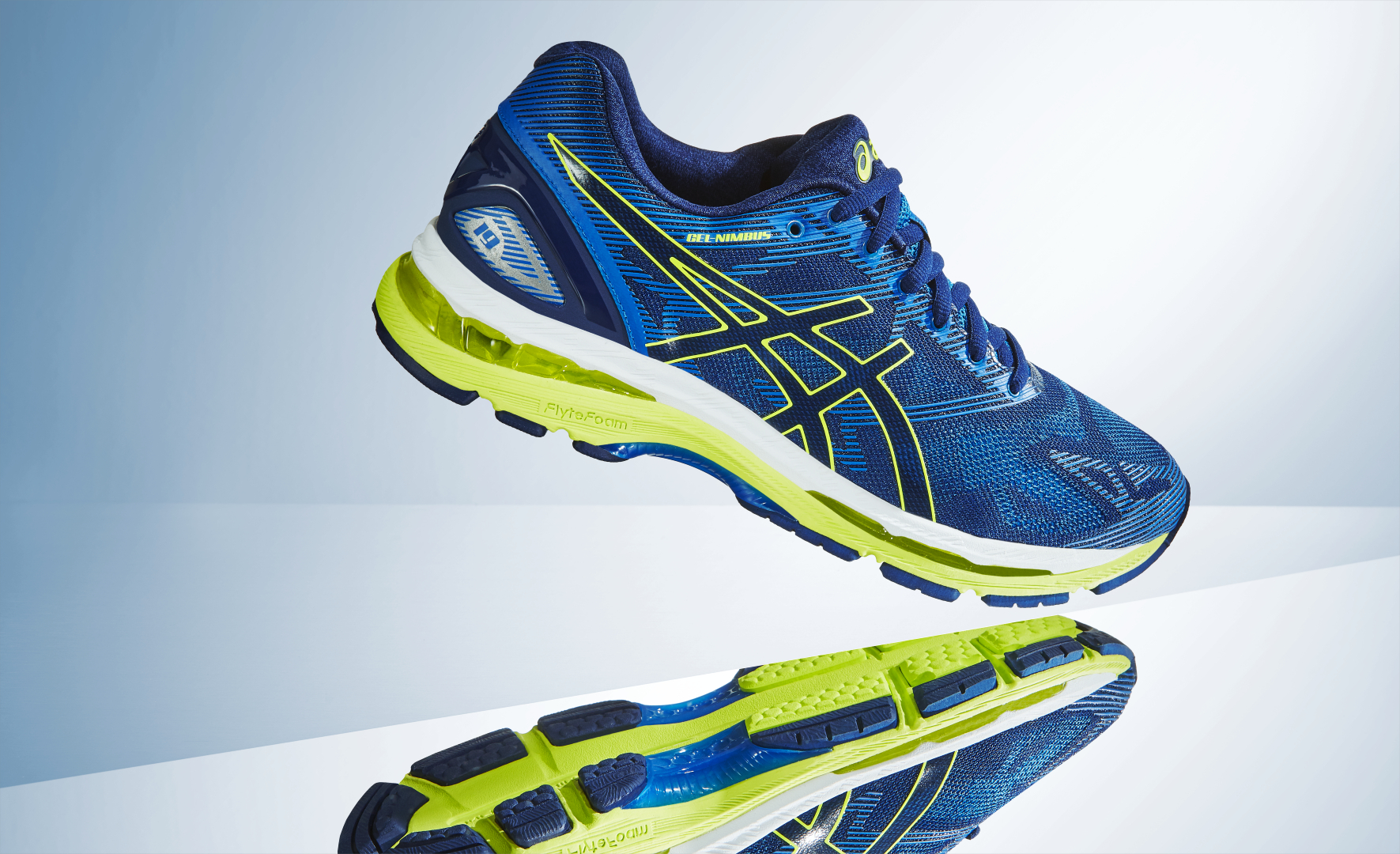 Our partner ASICS has recently launched a new version of the Nimbus neutral running shoe. With the 19th variant of this model, the Japanese sports brand has stayed true to its mission and has added yet more updates to the Nimbus 19. The running shoe, whose name is inspired by nimbus cloud formations, is now even more suited to long runs than ever. Here is an overview of the two main updates:

The already excellent damping properties of the ASICS Nimbus have been improved once more with a new FlyteFoam layer. FlyteFoam was developed in the ASICS Institute of Sports Science in Kobe, Japan. Apart from that, organic Kevlar fibres have been integrated into the midsole to improve the sole’s springback effect. This means you benefit from increased damping and more energy return. At the same time, the new FlyteFoam layer is up to 55% lighter than industry standards, and to top off the previously mentioned benefits of the organic fibres, the sole and the shoe will also last longer. This means that the shoe will continue to offer outstanding damping even after having run several miles in it.

The second improvement is the upper, which has been updated too. In the ASICS Institute of Sports Science, which is the largest of its kind, the experts are carrying out barefoot gait analyses. Part of the research consists in mapping different so-called stress zones onto the foot - where “stress zones” refers to the parts of the foot that are under more pressure than other during motion. Based on the lab’s discoveries, ASICS has produced an upper material for the Nimbus 19 and has either reinforced or made more elasticated different parts of it to offer the foot optimal support. This means the shoe fits the foot even better than before and allows you to run for longer without any pain. These different zones have been colour-coded on the upper material. As well as this, the FluidFit upper has a seamless construction that prevents skin irritation and guarantees an adaptive fit.

These new developments, added to the technologies of the previous models, like the Guidance Line on the outsole for a dynamic rolling motion, or the Gel damping, make the ASICS Nimbus 19 the ideal shoe for half-marathons, full marathons or even extended training runs. It’s light, robust, well damped and supportive for the foot. Check it out for yourself!

A WORKOUT FOR YOUR OUTDOOR WINTER TRAINING