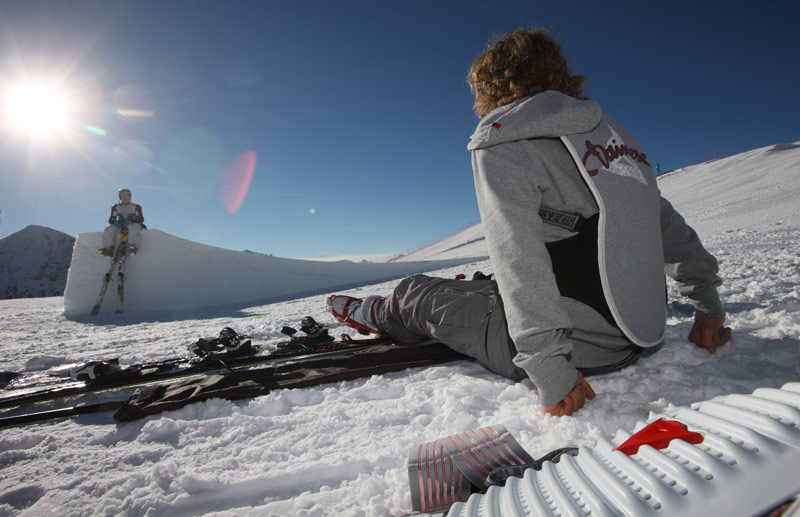 In 1968, young Lino Dainese from Italy travelled to London with his Vespa to see the Supermoto race. The racers were wearing the first leather suits, which inspired the young man to found the brand Dainese 4 years later in Molvena, Italy. The company dedicated itself to manufacturing protectors for motorcyclists. Collaboration with professional motorcyclists began very early on, and it was in 1978 that Dainese produced the first back protector in history. This piece of equipment impressed throughout several tests and real-life situations and in 1983 it was no longer being developed exclusively for professional motorcyclists. After many more motor sport novelties, like the knee sliders or the aerodynamic design of racing outfits, the company created the Dainese Technology Center (D-Tec®), which would go on to become a centre for research and development of protection technologies.

From 1994, protectors were beginning to be used in other sports, like mountain biking. That same year, protectors were used during the skiing world cup, which paved the way for Dainese to enter the world of winter sports. Thanks to several technological advancements, Dainese became the Safety Partner of the Italian skiing team in 2005.

To this day, Dainese continues to work on providing athletes with reliable protection. It is for this reason that the D-Air®, the first airbag for motorcyclists, was invented. Dainese also continues its research into winter sports and is known worldwide for its back protectors. We at Keller Sports also want to contribute to your safety as you race down snowy slopes, so we now have Dainese in our range. Keep safe, stay healthy!

THERMOBALL, BY THE NORTH FACE