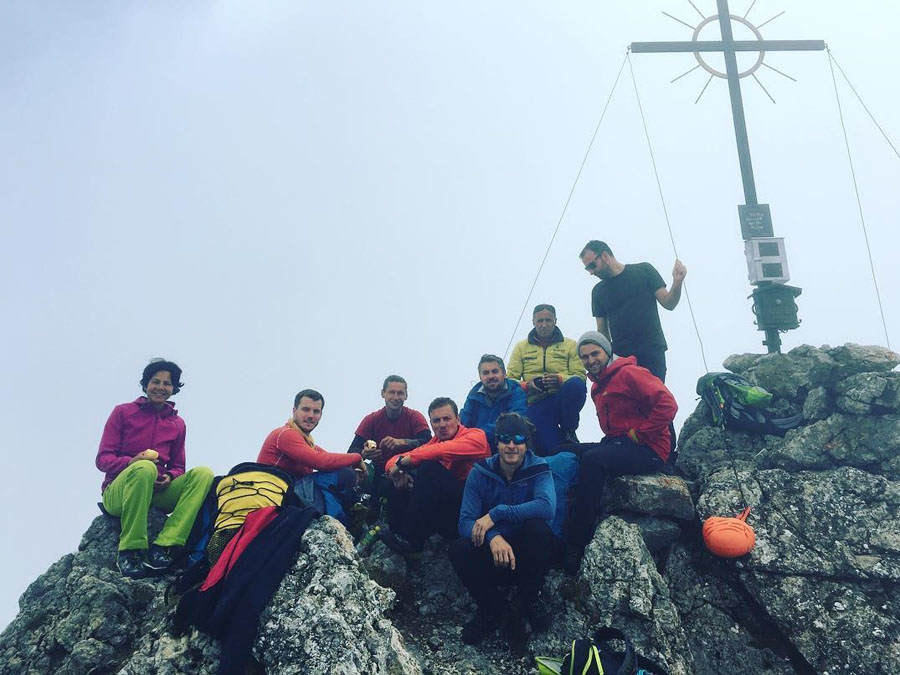 We’re not the only ones who believe that LOWA manufactures some of the best outdoor and mountain equipment on the market. Many professional climbers, mountain climbers and alpinists belong to the LOWA Pro Team and use their equipment on the highest mountains of the planet. We’d like to introduce you to some of the most impressive characters and outstanding athletes on the team:

Gerlinde Kaltenbrunner, from Upper Austria, made history in 2011. As she reached the summit of the K2, at 8,611 metres, she became the first woman ever to climb all 14 eight-thousand-metre mountains without needing additional oxygen supplies. At just 23, she fulfilled her dream of climbing her first eight-thousand-metre mountain: the Broad Peak’s subsummit in Pakistan (8,027m). From then on she has been addicted to extreme mountaineering. Apart from her incredible mountain-climbing achievements, Gerlinde Kaltenbrunner also impresses with her engagement in social projects, like the Nepalhilfe Beilngries. Because of her charitable activities and her sporty successes, last year she was named ISPO Sports Personality of the Year. An unbelievable mountaineer through and through. 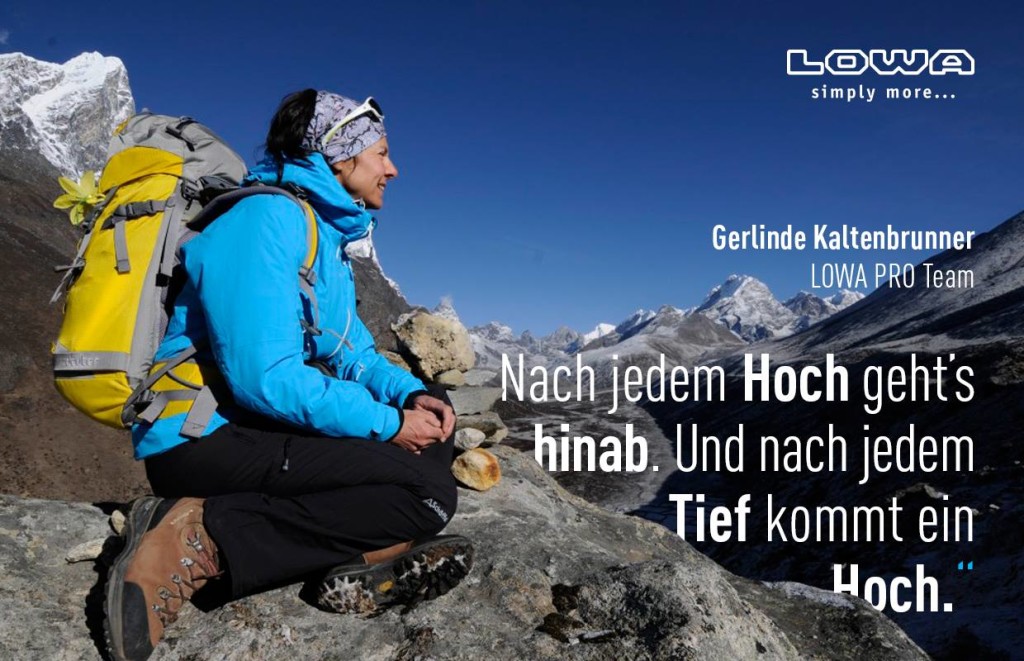 Stefan Glowacz from Oberau, near Garmisch-Partenkirchen, began climbing very early on. Shortly after his debut and at just 22 years old, he became the winner of the 1987 Rock Master Festival in Italy, which is one of the more renown climbing competitions in the world. He repeated this achievement twice again, in 1988 and in 1992. Then, in 1993, he also became the Vice World Champion of climbing. After his successful professional career, he decided to devote his time to several expeditions, above all those attempting to master the most difficult mountains on Earth. After two failed attempts, in 2005 he succeeded in beating the extreme north face of the Cerro Murallòn in Patagonia. A professional that can look back on not only victorious competitions, but also a lifetime of experience of the most complicated climbs in the world.

In 2003, Robert Jasper from the Black Forest was named the world’s most successful mixed climber by the magazine “Klettern”. This was because within a year he managed to climb the three highest north faces of the Alps (Eiger, Matterhorn and Grandes Jorasses) on his own and in record times. At just 20 years old he had already covered 100 of the toughest treks on the Alpine north faces, for some of which he was the first to complete. Together with Stefan Glowacz, Jasper opened a new, extremely difficult route on the Cerro Murallón in Patagonia. For this they were both nominated for the highest award in extreme mountain sports, the Piolet d'Or (“Golden Ice Pick” in English). Today, Jasper’s passion for mountain sports continues to drive him towards the most remote areas of the planet. Apart from that, he was also a main character in the worldwide box-office hit “Die Alpen”. 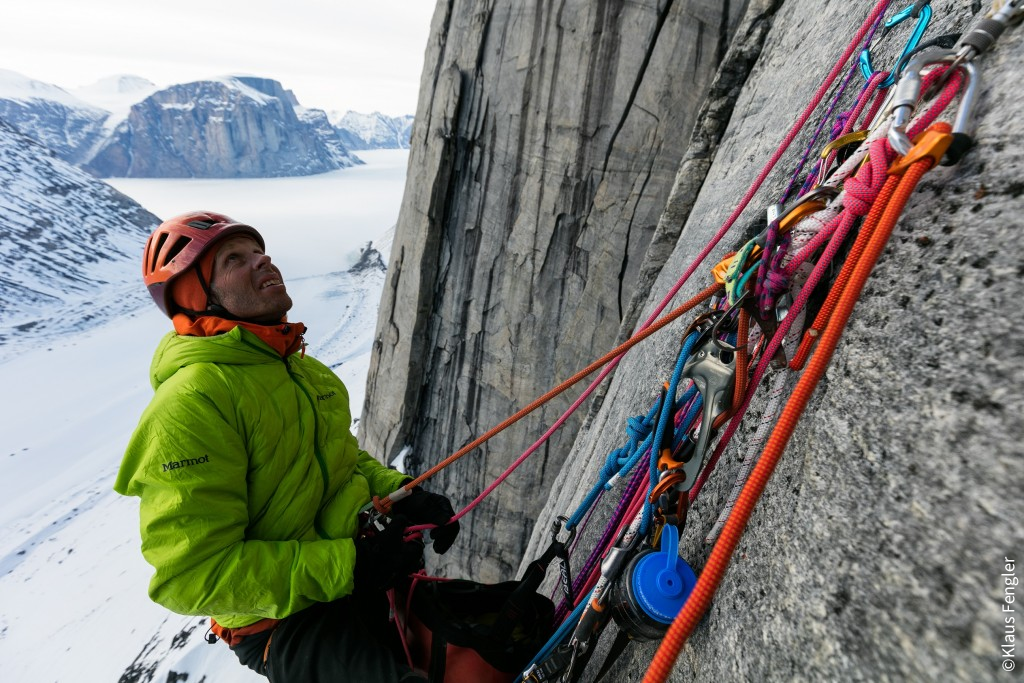 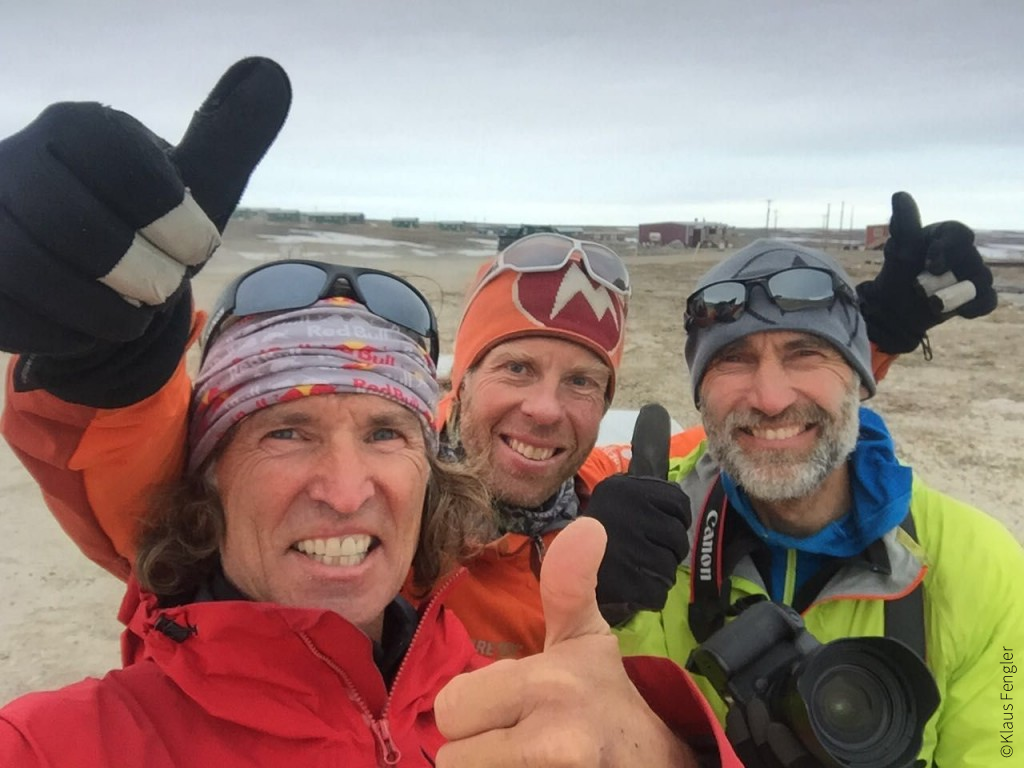