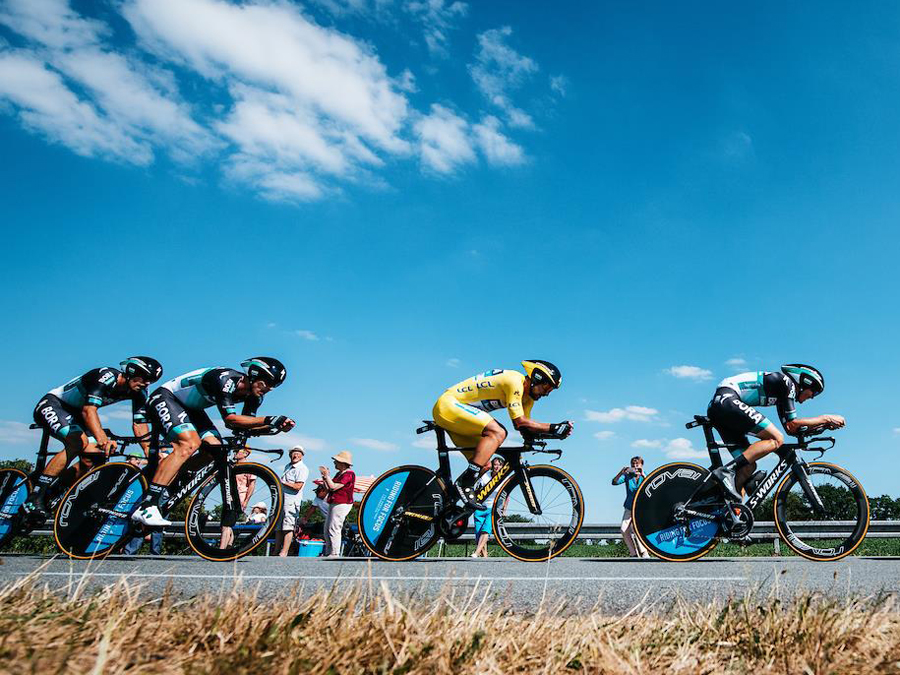 The oldest and most prestigious stage cycle race in the world began its 105th round in France on Saturday 7th July. We’re going to give you an insight into this bike race and explain a few interesting facts about the event and this year’s route. Do you think that, after his success at the Giro D’Italia, Chris Froome will celebrate a historic fifth victory during the most important bike race of the year?

The history of the French stage race

This cycle race was first staged in 1903. Because of the interruptions caused by the two World Wars, this year’s race is only the 105th. The concept of doing several bike races one after the other and adding up the times was completely new in the early 1900s, so it drew a lot of attention. The first tour consisted of six stages over 2,428 kilometres. In the following years, all kinds of curious things happened during the races. In 1904, for example, four riders were disqualified for the illegal use of trains. 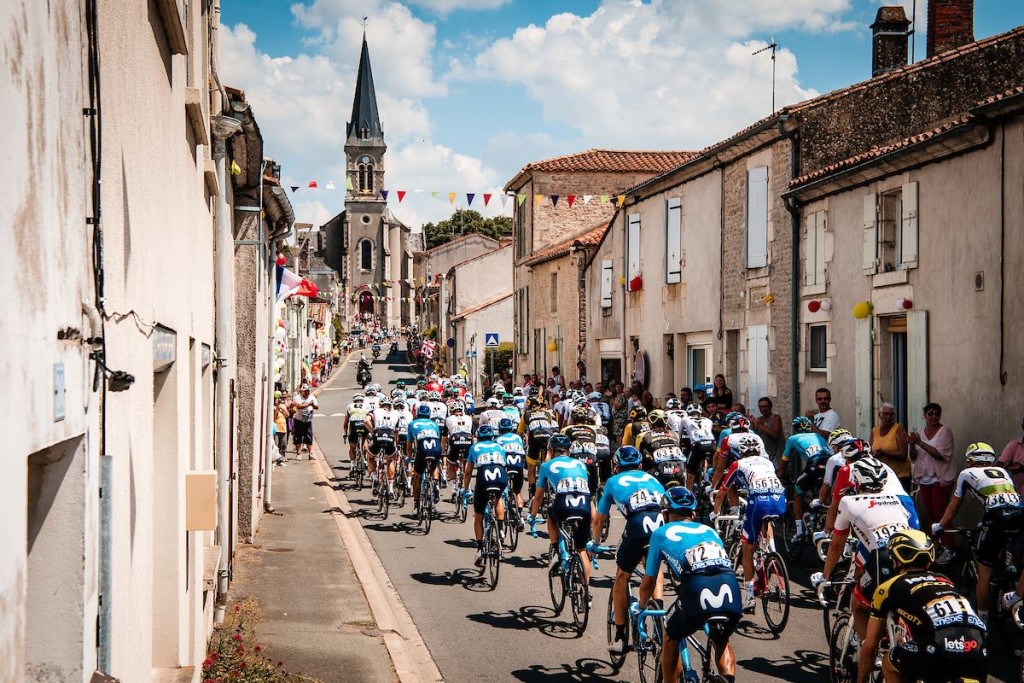 The tour became more established as the years went on. Up until the First World War, it was a quite a violent affair. With some stages over 400 km long and what we would nowadays consider a lack of proper equipment, simply reaching the finish line was a real challenge. Bikes without gears, cobbled roads and even gravel paths were all part and parcel of the race. It’s a wonder that this race was even possible at all. 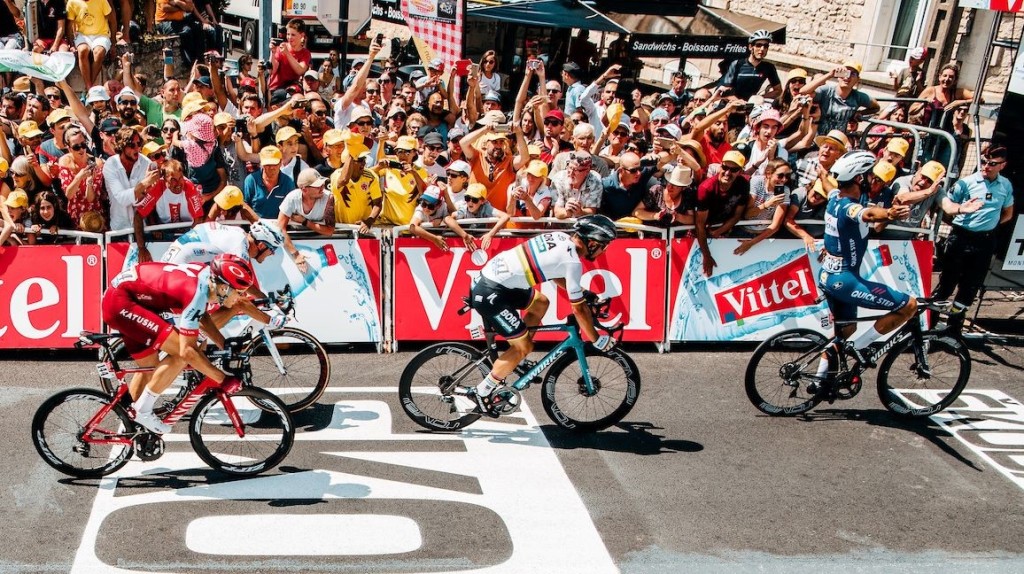 Over the years, steep mountain passes were integrated into the route, just like they are today. The number of stages and total length of the race kept growing, but the lengths of the individual stages were shortened, just like the number of rest days between the stages. The one thing that hasn’t changed is the location of the finish line: Paris. The tour around France has been in a constant battle against doping for many years. Already in 1924, a journalist reported that some of the participants were hiding chloroform, cocaine and other substances in their jersey pockets. The doping problem became extreme enough to cause the death of a racer in 1967. But the greatest damage to the tour’s reputation came about in the 90s, 2000s and 2010s. 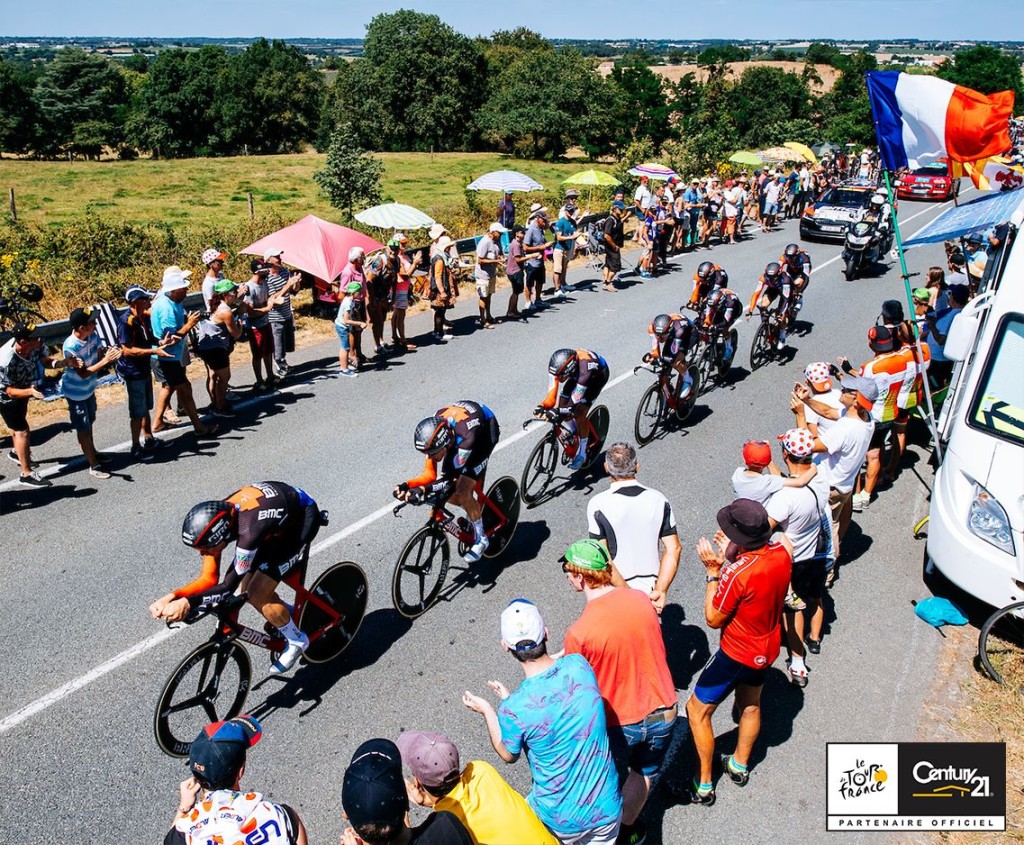 Infamous cases of once-celebrated athletes like Thomas Dekker, Alberto Contador, Eric Zabel and, above all, seven-time tour winner Lance Armstrong have raised awareness of the widespread doping issue in the world of cycling. Even this year’s favourite, Chris Froome, is alleged to have doped too. We hope, in the name of good sporting spirit, that the allegations are false and that we can enjoy the rest of the very exciting 2018 bike race around France.

This year’s route consists of 21 stages over 3,329 km. The race began on Saturday 7th July in Noirmoutier-en-l’Île, Western France. The first stage was a good 200 k on really flat terrain. The most exciting part of the race so far has been stage 10, which involved a climb up the Alps and a gravel road for part of the way. By the end of stage 11, the cyclists had travelled 5,000 metres uphill - watching was enough to make your legs ache. Which stage have you enjoyed the most so far? And which one are you looking forward to seeing? The final sprint in Paris takes place on 29th July after a 116 km ride from Houilles. Who do you think will return home the victor this year? 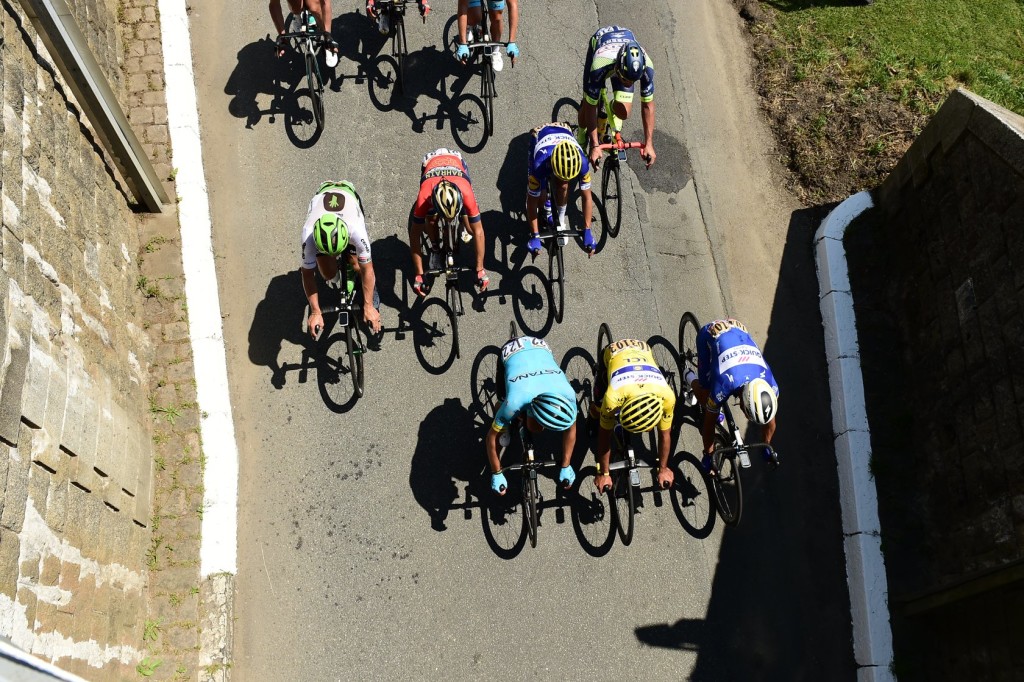 The colours of the jerseys explained

Everyone knows that, whereas the Giro d’Italia jersey is pink, the colour of the French tour is yellow. At the start of every stage, the yellow jersey is given to the cyclist with the lowest cumulative race time. It’s a way of marking those in the overall lead of the competition. This system was introduced in 1919 to help viewers spot the leading cyclists, and since then there has only been one case of a participant wearing the yellow jersey from start to finish of the entire competition: Luxembourg-born Nicolas Frantz in 1928. But don’t be fooled! Whoever wears the yellow jersey isn’t necessarily going to win. The only real thing that counts is who wears the yellow jersey after the last stage of the 2018 race towards Paris. 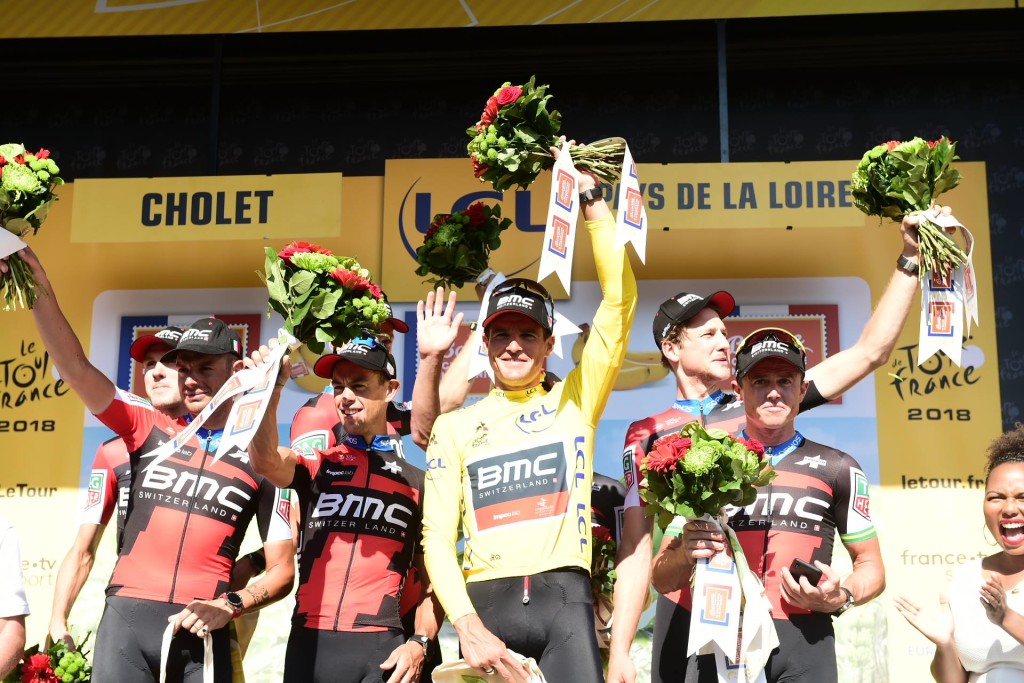 There is also a green jersey featured in the race, which marks the cyclists with the most sprint points. These points are awarded at the end of every stage and during the mini-sprints. Sprints over flat terrain earn the participants more points than the mountain passes, so the green jersey is usually worn by sprint experts. The green jersey gives them a little priority because otherwise, they would fall far behind on the General classification of the tour. If the yellow and the green jerseys are due to be given to the same racer, he or she will wear the yellow one by default, and the green jersey will go to the runner-up sprinter. 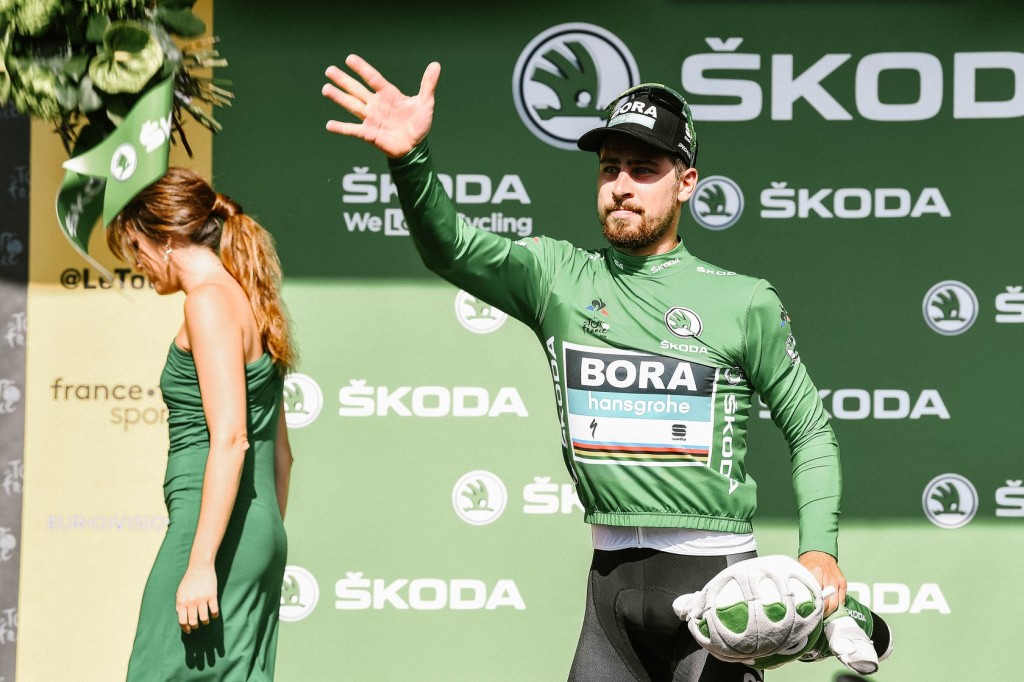 The polka dot jersey was introduced in 1975 to mark the winner of the Mountains classification, the King of the Mountains. It is the counterpart to the green jersey and highlights the best climber in the race. The first polka dot jersey was sponsored by the chocolate brand Menier. The label’s chocolate always came in white wrapping with red polka dots, which inspired the design of the jersey. Alongside these three jerseys there is a fourth: the white jersey. This one serves to acknowledge high-performing young cyclists in the professional race. The white jersey is worn by the fastest participant under the age of 25 (though those becoming 25 on the year of the race also qualify). German former cycling pro Jan Ullrich earned the white jersey in 1996, 1997 and 1998. In 1997 he also became the first German to win the General classification in the French race. Despite admitting to doping in 2005 and having many of his victories revoked, his 1997 victory remains undisputed. 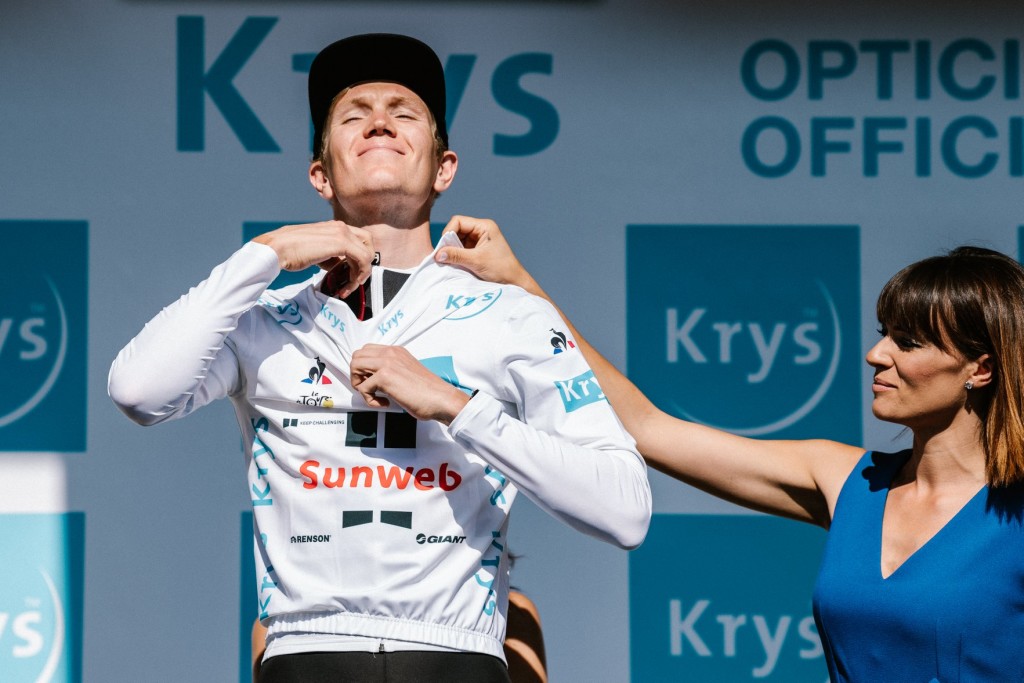 The red numbers on the backs of the riders highlight the most fierce competitors - an acknowledgement delivered by a jury. The yellow numbers, however, mark the team with the best score. 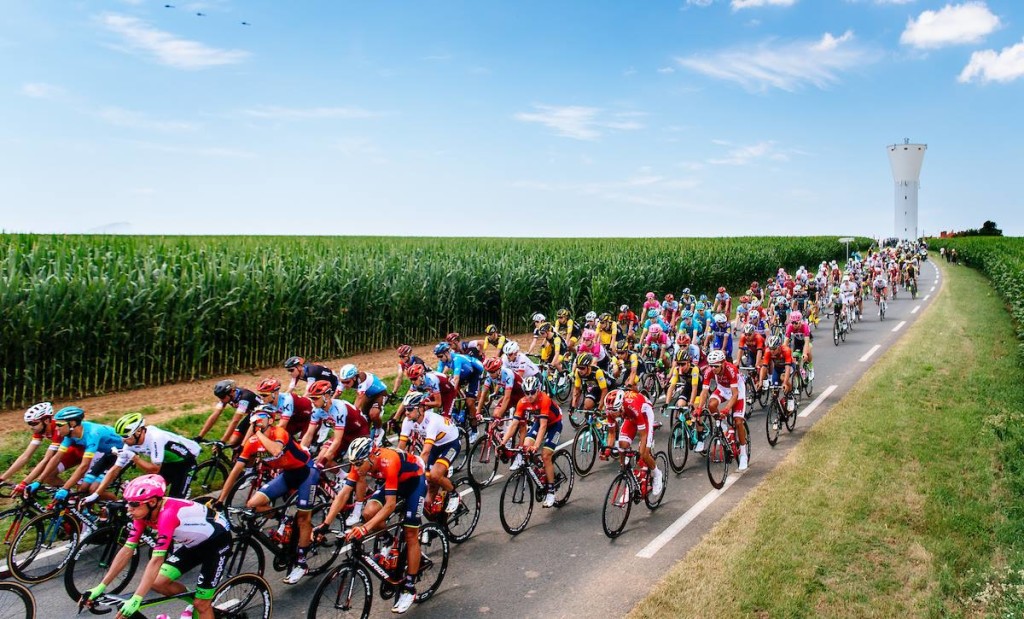 You’re now clued up on the 105th stage race with 22 teams, 176 riders, 21 stages and 3,329 km. If you feel motivated enough to jump on your bike, it’s time to get the right equipment to support your performance. Have fun!
Discover the new road bike clothing and equipment now » 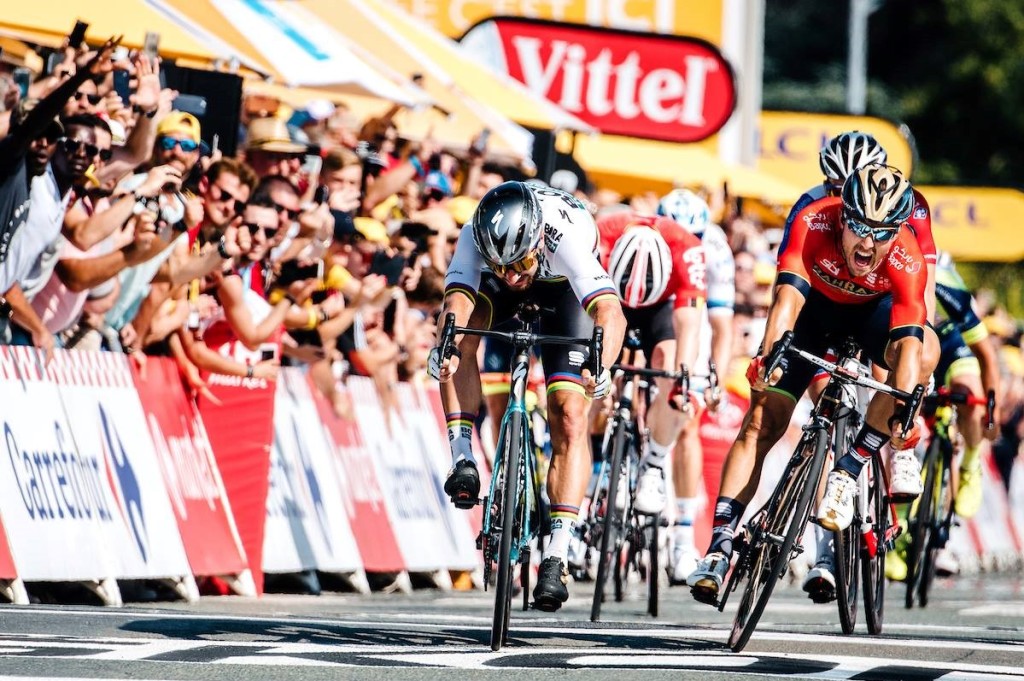