ANOTHER GERMAN WINNER OF THE IRONMAN HAWAII - RYF WITH THE TRIPLE 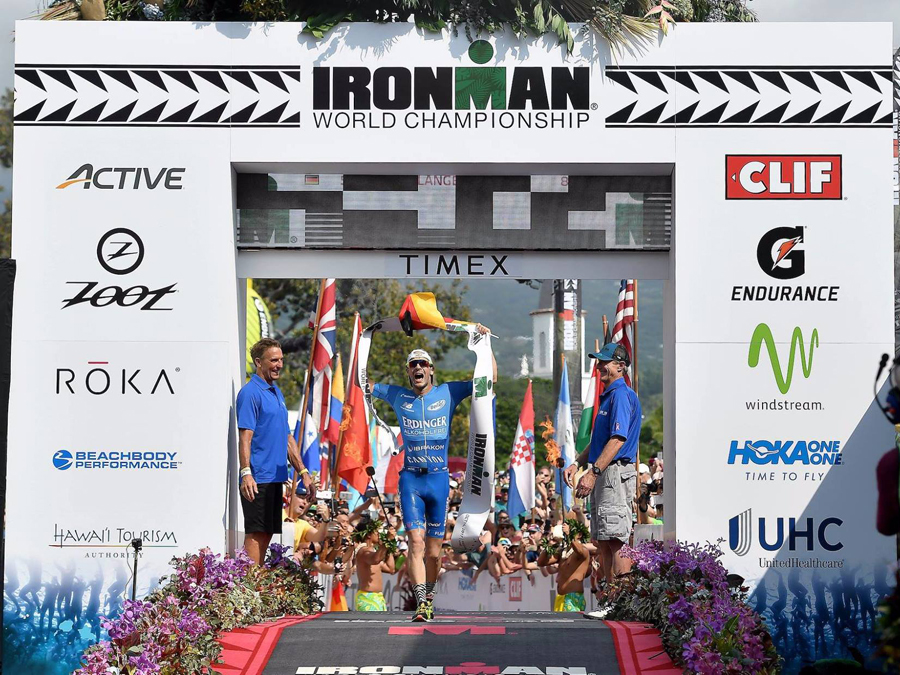 The most famous Ironman of the world has been in German hands since 2014. After Sebastian Kienle in 2014 and Jan Frodeno in 2015 and 2016, this year it’s been Patrick Lange’s turn to win the long-distance race, which consists of swimming 3.86 km, cycling 180 km and running 42.195 km. Not only has the 31-year-old German athlete brought the Ironman World Championship trophy home with him but has also done so in style. With a best time of 8:01:39 hours, Lange broke a new record and arrived at the finish line nearly 2.5 minutes before the runner-up, Lionel Sanders. Sebastian Kienle came in fourth at this competition in Kailua-Kona, making the German claim on the trophy even better founded.

In contrast to the winner, crowd favourite and defending champion Jan Frodeno had quite a tough time of it. After a getting off to a good start and taking up second position in the water and fourth position on the bikes, during the first few kilometres of the run he had to take a break because of cramps and back pain. Despite being visibly in pain, the exemplary German triathlete fought on after his break in the ultimate demonstration of sporting spirit. He reached the finish line defeated, with a finishing time of 9:15:44.

For the women, it was Swiss sportswoman Daniela Ryf who took home victory. The 30-year-old, from Solothurn, has won the Ironman Hawaii for the third time in a row, completing the Triple that Jan Frodeno was hoping to achieve. The runner-up was Lucy Charles, from the UK, who came in just before Australian Sarah Crowley. We watch the race every year and have the greatest respect for all participants, finishers and victors of this incredible competition. Have you been following it too?

ZIENER: FROM WINTER SPORTS TO BIKE

ASICS GEL-FUJISENSOR 2: EXACTLY WHAT YOU NEED FOR TRAIL RUNNING

THE NORTH FACE VENTRIX - ACTIVE WHEN YOU ARE