Menu Search
The voucher code has been copied to the clipboard.
2249

The sun is shining, turning the white powder in front of you into a carpet of glittering crystals. Actually the best freeride conditions. Still, you were unsure. The cold. Temperatures below zero in the two-digit range. On the other hand: Thanks to UYN's unique yarns, thanks to the premium functional shirts and trousers of the Italian brand, you don't have to worry about it anymore. You are ready for your adventures. 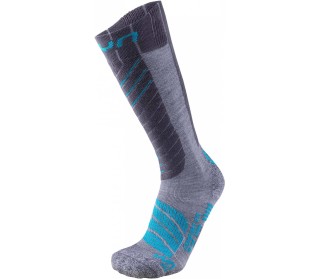 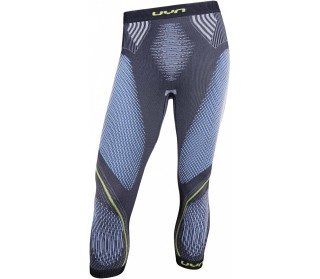 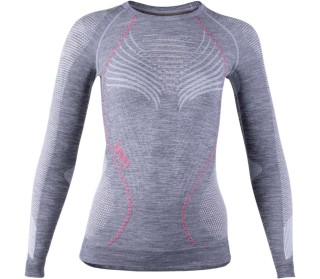 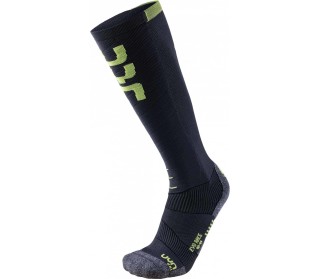 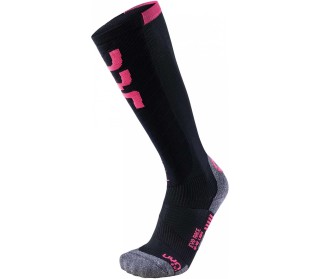 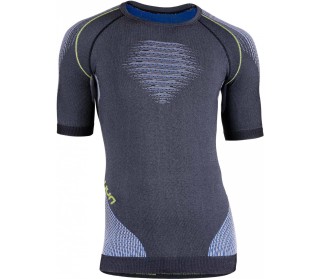 Staying in the background was outdated at some point. For decades the company Treré gained experience, took over the textile-technical production as well as the distribution for other sports brands. They were always looking for their own high-tech solutions. They were reliable and innovative. Just as the Redini family had preached and implemented since the company was founded. It all began with the production of socks, later slipped into the sporting goods industry and finally produced high-tech fashion - then under a different flag. Gone. In 2018 Treré stepped out of the shadows, so to speak, and launched his very own brand for innovative high-tech functional underwear.

UYN entered the stage. Equipped with the task to continue the tradition of the parent company with determination. Over the decades, Treré's innovations have won around 560 awards and test wins. In order to be able to take full responsibility for this, a huge research centre with modern production and laboratories is now located at the company headquarters in Italy. This in turn makes it easier for UYN to fulfil its mission. The equipment should keep reliably warm, support the body for the bike, the piste, the run best possible way, and deliver new innovations all the time. In keeping with the family tradition.

Unleash Your Nature. Three words. Three letters. One goal. UYN articles would like to support you in pushing your best performance to the top again and again. The brand offers the highest function, and also rarely experienced wearing comfort. UYN products are always based on special natural fibres, which the brand combines into a textile work of art using the latest scientific methods. The yarns adapt to your movements, nestle comfortably around your upper body and around your legs. Wearing comfort meets performance maximization. To ensure this, UYN brings together experts from the fashion industry with experts from textiles and sports. This ensures that the functional underwear really covers every aspect. At the same time, research is being carried out. New materials, new production methods. UYN dealers can even offer cashmere with Primaloft yarn in the UYN articles for the winter 19/20. The goal is always premium products, the best possible equipment for your trips to the mountains, on the trail, with the bike.

Functional underwear must meet several requirements at the same time. They have to absorb sweat, conduct moisture outwards and regulate body temperature. Function is decisive, but not alone. Shirts and tights must also feel good. This is exactly where UYN comes in. The innovative yarns of the Italian brand combine all these aspects, have an additional antibacterial effect and avoid friction. The supreme discipline has been tackled. Mastered the supreme discipline - and at Keller Sports as a UYN dealer you get the best products from UYN online. Here the functional shirt, there the functional trousers, plus socks. Of course always in the discreet, yet unmistakable design of the brand - in the UYN Sale also at particularly attractive prices.

HIGHEST TRUST FROM THE TOP OF THE SKI WORLD

Groundbreaking innovation does not remain undiscovered for long. UYN articles quickly found their place in the professional sports world. Only on the market since 2018, the brand already equips the national ski teams of France, Italy, Slovenia, Norway and Austria. The German team is also there, and the Swiss skiing legend Didier Cuche as a successful brand ambassador. Each nation gave UYN thereby an unmistakable design, but it's not just winter sports. You can also wear UYN's performance-supporting functional parts during workout, cycling or running.

FIRST EVERYTHING SEEN, THEN TO THE UYN DEALER

Science and research play a crucial role in the development of the fabrics and cuts for the UYN Sale. But little space is given to chance. UYN is testing new products in Treré's own climatic wind tunnel, simulating extreme conditions, temperatures of +45 or -30 ºC and humidity, at which even Southeast Asia would bow in a collective and appreciative manner. Even snowstorms defy UYN articles before they even think about making their way to the retailer. So you can be sure that your UYN functional shirt can't be disrupted by any change in the weather.