Real life is what's going on outside. True to this motto, Timberland create hard-wearing footwear for everyday life outdoors. Despite a focus on functionality, optical aspects are not neglected: Timberland lace-up shoes and boots are real lifestyle shoes with a certain je ne sais quoi. See for yourself the quality of this footwear from the renowned US brand! 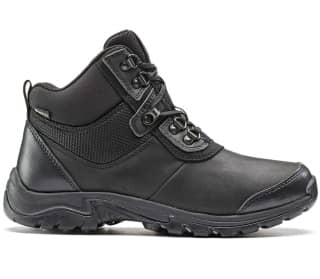 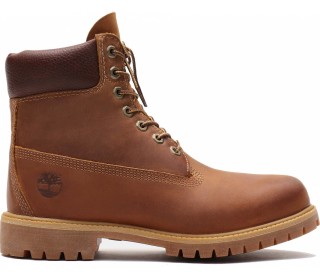 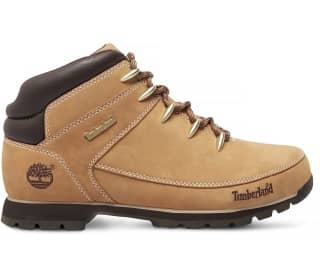 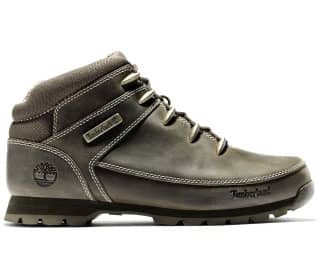 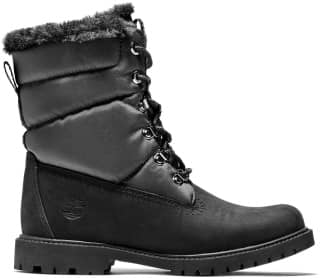 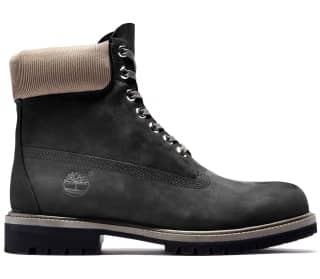 Sidney Swartz could have simply given up when he was working on a new boot for the Abington Shoe Company, in which his father Nathan first acquired a stake in 1952. His idea seemed obvious to him, of course, but it initially elicited only skepticism from his audience: "To produce a waterproof leather boot seemed ridiculous," recalls Swartz. "Nobody thought it would make any sense." But giving up was out of the question, Swartz continued.

New England workers should finally get the fitting boot for hard outdoor use. So he collected best materials, used high-quality nubuck leather, glued sole and uppers - a 1973 unique method - and sealed the nubs. Swartz had 39 components and 80 steps later what he wanted: The famous Timberland boots, known until today as the Yellow Boot. The first waterproof leather boots, which became equally synonymous, because it was a groundbreaking success that led Sidney Swartz to rename the company The Timberland Company.

Outdoor and function were one thing, fashion and lifestyle another. Thanks to his stylish and timeless design, the Yellow Boot developed over the years into an icon in the fashion and music world, accompanying actors on the red carpet and musicians in their performances. Timberland shaped the Athleisure-Trend and at the same time, by tradition, is the pioneer. Not only did the Yellow Boot set functional standards, but the use of logos on shoes was not yet widespread in the 70s. Instead of placing it inconspicuously inside like other manufacturers, Schwartz printed the now iconic Timberland logo clearly visible on the outside of his boots. The brand and shoe were to become even better known. A stroke of genius with effect.

Today Timberland has set itself a goal to become no less than the most sustainable outdoor brand on the planet. The shoe and clothing manufacturer not only wants to produce high-end products for the excursion into nature, but at the same time focuses on environmental protection. Accordingly, Timberland's to-do list includes the most sustainable production possible. Since 2001 the company planted  8.7 million trees and processed 233 million plastic bottles in its shoes. Recycling for outdoor sports, which will be intensified in the future: Clothing should be made as quickly as possible exclusively from organic cotton and every shoe should be made from one hundred percent recycled, organic or renewable materials. That's why you can shop the Timberland Boots for men and women with a clear conscience.

The Defender Repellent System successfully resists stains and dirt - and even the optics are never neglected in Timberland products. That's why Keller Sports offers Timberland shoes for every situation in life. The lazy bump on shorter days? Timberland boots, especially the 6-inch boats called Yellow Boots today, are your choice. It should be more casual? The relaxed Lifestyle and sneaker models from Timberland give the right answer, are stylish in the city and practical for a walk in the woods.

To be reserved solely for workers would never have done Timberlands Yellow Boot justice. Too much style, too much individuality. The restrained ochre can be combined so well that the boot also accompanies fashionistas and real superstars of pop culture on their way. During the 1990s, hip-hop artists such as the Wu-Tang Clan or Jay-Z discovered the boot for themselves. Producer Timbaland even named himself after the cult brand.

Today showbiz stars like Rihanna or Kanye West wear the 6-inch boat and the former worker's boot has even made it to the catwalks of the fashion capitals. Outdoor meets High Fashion - Timberland is smartly marketing its spearhead. Ochre quickly turns into black, grey or even pink - the right colour you need for your stylish appearance is quickly found. On the one hand you'll be wearing a good portion of outdoor chique for a walk, on the other you'll also be perfectly equipped for outings.

Sustainability makes Timberland holistic and adds social commitment to environmental protection. As part of the Path of Service program, employees can use 40 hours of their normal working hours per year for common purposes. Here the help with the retreading of a school or the temporary help in a welfare centre, there the planting of neighbourhood gardens and the construction of new hiking trails. Timberland is constantly encouraging its employees to be socially involved and to do good for the community - the employees make active use of this opportunity. By 2015, employees had already one million hours of community service.