Menu Search
The voucher code has been copied to the clipboard.
736

With the Suunto outdoor watch you'll have a state-of-the-art device on your wrist. Each of these compact sports watches is like a tiny computer that does much more than just tell the time. Suunto outdoor watches offer various features depending on the sport you're doing. 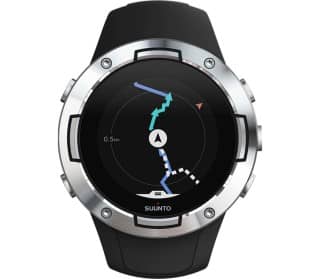 Tuomas Vohlonen was born in 1877 in Ormattila, Finland. His parents were simple people, who had to save in order to provide their four children with a better education. Tuomas moved to Vyborg, where he studied and successfully completed surveying. But the boy didn't leave it at that. Because he had to deal with compasses in his profession again and again, but their inaccuracy disturbed him, he developed his own compass without further ado.

The difference to standard measuring instruments: Vohlonen's M-311 compass had a liquid-bearing capsule that made orientation much easier. In 1933, three years before he was finally to found Suunto, he had this innovation patented. Shortly afterwards the war broke out, which also did not spare Vohlonen's homeland. Suunto equipped the Finnish army with compasses. Right after the beginning of the devastating winter campaign, when Russia invaded Finland, the robust M-311 saved the life of the young Lieutenant Norrback. He stuck it in his shirt pocket and intercepted the bullet of a Russian gunman. However, Tuomas Vohlonen died unexpectedly in that same year, which is why his wife continued to run the company until 1952.

WITH SUUNTO ON SUCCESSFUL TREASURE HUNT

Over the years, Suunto also specialized in compasses that were useful for divers and sailors. This made the Finns world famous and made them the largest compass manufacturer. Following in the footsteps of the founder, Suunto's employees continued to develop new products, always keeping up with the times. In the mid-1990s, the Northern Europeans started manufacturing highly sensitive and accurate altimeters and high-quality outdoor watches for mountaineers and other adventurers. One of these adventurers who equipped himself with Suunto products was, for example, the American scientist Arthur Demarest.

The professor, who researched the Mayan and Aztec cultures at Vanderbilt University in Tennessee, among other things, one day went on an expedition to the rainforest of Guatemala. With years of preparation and the right equipment, he and his team found a hidden treasure there from thousands of years ago: a Mayan site. The Vector 3 by Suunto is still regarded as the pioneer model of the wrist computer today. The sports watch was of course not only able to display the time, but was also a compass, a height gauge and a thermometer in one. The device was so successful that Suunto decided to publish a line with a more fashionable approach. A design line that would make a lasting impression on the appearance of the following products.

You are an out and out adventurer and always ready to explore new paths? Then you need a reliable companion. At Keller Sports you'll find a huge selection of high quality Suunto outdoor watches. The brand new Spartan series, for example, which comes with a colour display for the first time. Or the Suunto 9 Baro, which comes with a chic chronometer look and a particularly long battery life. No matter for which outdoor watch from Suunto You decide, it will be the right one.

The Ambit series has meanwhile emerged as a real hit with Suunto. The GPS watch is especially tailored to the needs of trail runners who want absolute training control and the best possible orientation. The technology of the Finns is also well received by top athletes. Mountain sports enthusiast and brand ambassador Emilie Forsberg, who describes herself as a "faithful friend of the mountains", likes her Suunto products. With her ambit on her wrist, the Swede grabbed the title of World Champion in Skyrunning and ran for two gold and one silver medal at the Skyrunning Championships in Italy. "It's just super cool to see where you've been, especially if you don't know for sure yourself," she says with reference to her small, effective helper from Suunto.

NETWORKING WHERE EVER YOU ARE

Outdoor and Online - two things that at first glance seem fundamentally different. Why not simply combine them to explore the boundlessness of possibilities? That's what Suunto thought when they launched the internet community Movescount.com in 2010. Here you can share your experiences with other outdoor enthusiasts around the world. You can easily keep a training diary, view your dive logs or exchange information with the community. Just let yourself be inspired for your next trip by following other members and using their experiences as an incentive to explore even the most remote places.