Menu Search
The voucher code has been copied to the clipboard.
1763

Under you, nothing but untouched snow. Only further towards the valley do a few tree tops peel out of the white carpet. The slope looks like a painted one, nice and steep, offers enough space for turns and jumps. Respect spreads, but don't be afraid. You trust your abilities anyway, and your material also plays along. Because it's exactly in such moments that your visit to the Shred Optics dealer pays off. Thanks to this, you not only wear premium ski goggles, but also helmets that protect you as best as possible against shocks from several directions and thus give you the necessary safety for riding over untouched slopes. 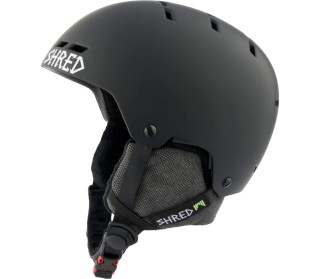 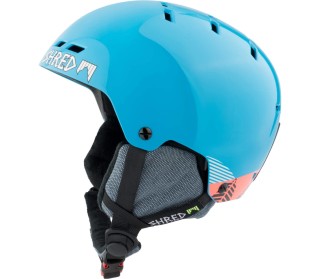 Carlo Salmini and Ted Ligety had already met in 2005. One, a materials engineer with an MIT degree and a passion for ski racing. The other, ski racer with a tendency to develop his own equipment. The basis was right, and only a few months later Ligety took the path from the very top to the very bottom with the protectors developed by Salmini. Only to be on top again a short time after the finish: Nobody had completed the 2006 Olympic combination in Turin faster than the American, who only took his friend Salmini's schooners off to hang on to the gold medal. Euphoria was followed by decisions and Ligety and Salmini jointly founded Slytech Protection. The two wanted to make sure themselves that they were well protected for their excursions into the deep snow, on the trail and on the race track.

A single kind of sport in the snow should not, however, set the direction. As the first brand, Ligety and Salmini had set themselves the goal of uniting all sports under one roof - and a short time later set up a second company. Shred Optics was added in 2006 and initially concentrated exclusively on ski goggles. Later, helmets and sunglasses completed the product portfolio. Here Slytech, there Shred Optics - both brands took their first steps together, share a roof and benefit from each other. Shred Optics products should look as good as they perform - and they do. Verifiably. Today, the brand is completely randomly ranked among the market leaders for helmets, protectors and ski goggles.

SAFETY AND FUN THANKS TO THE "PRODUCTS OF OUR DREAMS".

The goal for all Shred Optics articles is to produce "the products of our dreams", says co-founder Ted Ligety, expressing one of the core values of Shred Optics. In addition, the brand wants to initiate changes, present innovations, achieve more with less, remain modest and - not unimportant - have fun with it. Especially when skiing, snowboarding and mountain biking you need the right protection. After all, the necessary amount of respect for ramp, drop, steep slope or trail shouldn't be accompanied by an inhibiting sweat of fear.

Because they effectively protect you from shocks, Shred Optic products are designed to give you confidence. Therefore, the brand developed various cushioning technologies, which meant a big step forward especially for the Shred Optics helmets. For example, Shred Optics 2015 presented its Rotational Energy System? (RES), the first helmet to protect you from both linear and rotating forces. The system mimics the characteristics of the fluid between the brain and skull, thus additionally cushioning the effect of energy on the head.

Keller Sports' Shred Optics Shop provides you with effective protection for your excursions into the snow. Because here the synergies are right: Shred Optics and Slytech? work together, benefit from each other. The ski helmets from Shred have a Slytech? foam, for example, which allows impact energy to evaporate in different directions. In addition with Nodistortion? a further revolutionary foam comes, which absorbs impacts, also multiple, effectively, does not have to fail for it however all too thickly. In the Shred Optics Store you will find the right safety equipment from Shred Optics online.

Two Olympic champions. Five times world champion. Five times Giant Slalom World Cup winner. Once combination world cup winner. Ted Ligety's ability to say that he has had one or the other spark of skiing experience is relatively accurate. The change from ski goggles to blinkers is therefore not made by the American. "Our vision went far beyond the race track," Ligety once said.

"I was part of a new generation of skiers who raced but didn't want to be defined or restricted by it. Freeskiing and snowboarding influenced me as much as racing." Every Shred Optics Sale builds on this feeling. A terrain. A topography. Many sports. Snowboarder Antti Autti is as much a part of the team as racer Nina Loeseth or freeskier Brittany Mumma.

One of the core values of Shred Optics is to "fight to save our playground". Therefore, the American fire dedicated itself to environmental protection and joined forces with the climate protection group Protect our Winters in 2017. The result of this partnership was a pair of ski goggles for which Shred Optics used remnants from snowboard production. In addition, the fire supported Protect our Winters' efforts to protect the environment through donations.