Menu Search
The voucher code has been copied to the clipboard.
2253

There are brands that we encounter again and again in everyday life. Some of them are omnipresent without us noticing them. Shimano is one of those manufacturers who is omnipresent on closer inspection. Almost every bike, whether mountain bike, trekking bike or racing bike, has Japanese parts built into it. Because Shimano was the first manufacturer in the industry to come up with the idea of combining individual components such as gears, brakes and hubs into complex, high-quality systems. But the Japanese don't just produce component groups. The repertoire also includes high-quality cycling shoes. 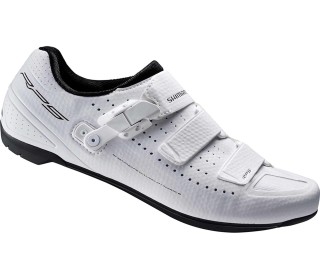 SHIMANO: FROM A TWO-MAN WORKSHOP TO MARKET LEADER

In 1921 the company was founded by Shozaburo Shimano under the name Shimano Tekkojo (Shimano Iron Works) in Sakai. Together with a friend, Shozaburo first repaired bicycles and later produced freewheel hubs with a borrowed lathe. Founder Shimano was already big at that time. "I want Shimano products to be the best in the region, later in Japan and then all over the world", he is said to have once said. At least that's the legend. As the years went by, it became increasingly clear that the founder was well on the way to fulfilling his great dream.

Together with the founders of Toyota, Honda and Panasonic, Shozaburo, a friend of globalisation, is still regarded today as one of the flagships of the Japanese economic miracle. In 1956, Shimano introduced the first innovative derailleur system. But the big breakthrough came with the Dura Ace Group, a group of components for professional racing bikes whose outstanding technology is still used today. While many manufacturers in the early 1980s missed the mountain bike boom or simply did not dare to tackle the complicated technology, Shimano courageously pushed into this niche and continued to grow. What hardly anyone knows, however, proves the innovative strength of the company once again: Shimano began manufacturing fishing reels and rods in 1970. Today, around one sixth of the brand's turnover is generated with fishing products.

Not only the end consumers know about the high quality of Shimano products, also bicycle dealers around the globe appreciate the reliability of the Japanese. The reason for this is the high availability of spare parts and the diversity. Shimano enables bicycle manufacturers to build reliable bicycles for every price segment. The fact that Shimano has established itself on the market in such an unprecedented way is primarily due to the Shimano family's affinity with overseas markets. In the USA, those in charge picked up the most important bicycle trends and took them with them to Japan, where what they saw was immediately translated into products. "The ten-speed gear is the absolute hammer here, every American wants that. Shozaburo's son recognised this during one of his travels in the early 1970s. The result: sales in the USA tripled within a short time. Shimano now has its products manufactured in 13 factories worldwide.

Shimano has not only made a name for itself with its high-quality "hardware", but also offers other high-quality bicycle accessories. In the Shimano Store at Keller Sports you will find a large selection of cycling shoes for racing cyclists and mountain bikers. Shimano shoes impress above all with their fit, light weight, optimal pedal compatibility and highest durability. With the Shimano E-SHRP5W unisex you can be sure of an absolute racing shoe showpiece from the Japanese. You'd rather be out in the woods than on the road looking for the right shoe? No problem, Keller Sports in the Shimano Shop also offers you the right options in this case. Take an additional look at the Shimano Sale at Keller Sports. Here you will find numerous Shimano cycling shoes at particularly attractive prices.

SHIMANO BENEFITS FROM THE BIKE BOOM

While in recent years there has been increasing discussion about the environmental impact of cars, ships and airplanes, the bicycle experienced its second spring, especially in Europe. Good news for Shimano. Conversely, the Japanese naturally benefit from the fact that many people have become more environmentally conscious and for this reason many switch to bicycles. Yoshihiro Hirata, CFO of Shimano, is also happy about this. "The bicycle is more important in society than ever before", he revealed in an interview with Wirtschaftswoche. "Health awareness is on the rise, as is concern for the environment. But it's not the USA or Japan that are the biggest buyers. Shimano generates the majority of its sales in Europe. "Japanese people only use bicycles as short-distance means of transport, Americans almost exclusively for sporting reasons," explains European boss Frank Peiffer, adding: "Europeans cycle at every opportunity".

Trade magazines such as MoutainBike or RennRad regularly test cycling shoes. Shimano's products traditionally perform outstandingly. The Shimano SH-ME501, for example, which you can also find in the Shimano Store at Keller Sports, was recently awarded the overall mark "very good" by MountainBike. The editorial team was particularly enthusiastic about the wearing comfort of the MTB shoe and also emphasized the walking characteristics as well as the innovative closure. However, other models are also convincing. "A worthwhile investment", it says about the SH-XM7. "Sits extremely comfortably after the entry period and proves itself to be extremely robust in the endurance test". Cyclist's heart, what more could you ask for?