Menu Search
The voucher code has been copied to the clipboard.
319

One family gave birth to two of the largest sports fashion manufacturers in the world. The mutual competition of the Dassler brothers was certainly one of the reasons why PUMA came to the top alongside adidas, Nike and Reebok. The fashionably appealing functional sportswear convinces with first-class quality and high-quality workmanship and can also be recognized quickly due to the distinctive logo. The jumping Puma has meanwhile achieved world fame and the sports fashion of the brand proves every day anew that it is world class even under sporting strain. 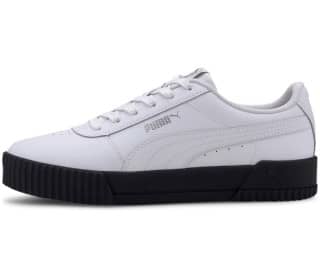 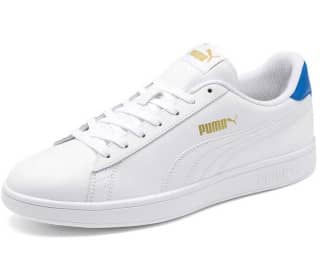 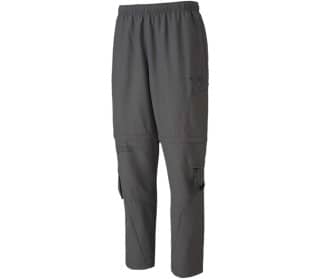 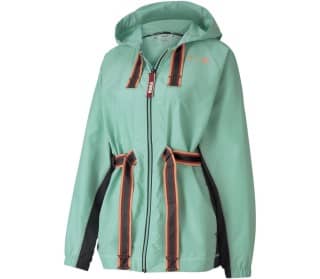 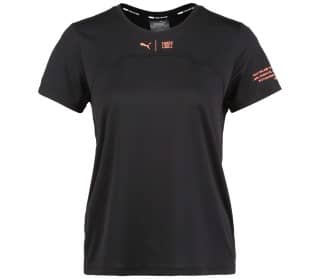 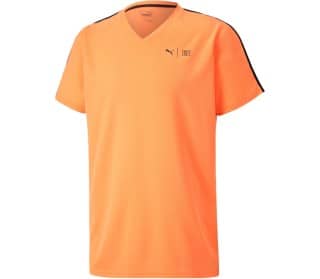 The jumping silver lion, who has taken the globe by storm in the last 70 years, symbolizes what the brand PUMA embodies: power, dynamics, athletics and trend consciousness. The manufacturer from Herzogenaurach in Bavaria combines cool, urban designs with top functionality and high quality standards. Whether in professional sports, mass sports or on the street - the world-famous big cat not only looks good, it pushes you to top sporting performance. Discover the trendy sports styles in the PUMA online shop at Keller Sports and put together your outfit.

PUMA: THE CRADLE OF SPORTS

Herzogenauch, an inconspicuous small town near Erlangen: Here, almost 100 years ago, the vision of two brothers emerged that changed the world of sport. Rudolf and Adolf Dassler began manufacturing high-quality sports shoes back in 1920 and founded the Sportschuhfabrik Gebrüder Dassler together. The two pioneers quickly went their own ways. However, their common passion remained - and so Adolf founded adidas and Rudolf, called "the Puma", founded the company of the same name. The sports-obsessed Franconian was particularly fond of football, and Rudolf initially specialised in the manufacture of studded football boots. The years of tinkering with the legendary Wunder-von-Bern trainer Sepp Herberger bore fruit. In 1952 the company revolutionized the football world and launched the PUMA Super Atom in series, which laid the foundation for all later models.

PUMA - WITH TOP SPORTS TO THE WORLD TIME

PUMA quickly developed into one of the largest sporting goods manufacturers in the world, equipping, for example, the best footballers ever with Pele, Diego Maradona and Lothar Matthäus, who collected several world championship titles with PUMA sports shoes on their gifted feet.

At that time, Rudolf Dassler showed how foresighted he already thought in an era that was little interspersed with marketing and advertising. Asked by a journalist whether PUMA pays for the players they equip, he explained: "We have active athletes as contact people. Advertising is expensive, and no advertising is even more expensive. This is an old farmer's rule."

But not only football was shaped by the manufacturer as a supplier over several eras: In athletics, too, the manufacturer from Franconia has established itself as a true global player. It was the first company to rely on vulcanized soles. In 1954 Heinz Fütterer beat the world record of the previously unbeatable Jesse Owens in Japan, before the German sprint legend Armin Hary won gold in PUMA at the Olympic Games in Rome in 1960.

And then came the "Lightning Bolt": In a flash, Usain Bolt blew up all conceivable dimensions on the tartan track. Always in PUMA running shoes. He pulverized the most important world records and already made a name for himself in the history books during his career as one of the greatest athletes of all times. His masterpiece: The 100 meters in 9.58 seconds at the 2009 World Championships in Berlin. This corresponds to a speed of 37.58 km/h - but is not enough to run away a full-grown cat of prey. Pumas can reach a top speed of 72 km/h. Nevertheless: A world record for eternity? Well possible.

No wonder that professional and amateur athletes alike rely on the mountain lion brand when it comes to getting the most out of themselves. Because: The Franconians cover not only football and athletics, but also all other sports with their product range. Under the motto "Forever Faster", the company has been committed for 70 years to being "the fastest sports brand in the world" with the fastest athletes. "Forever Faster is always first, never second, never third"
Charles Johnson, Global Director Innovation at PUMA, sums up his own claim as an innovative leader as follows:

"The easy part is dreaming what could be. The real work begins figuring out how to get it done."
It's easy to dream of something, but work only starts where it's about finding out how you want to achieve your goal.

For 2019, speed remains one of PUMA's driving motifs: The sporting goods manufacturer will work together with Porsche Design to design a joint Porsche Design Sportswear Collection, which will include exclusive sportswear, shoes and accessories, among other things, and will be the prelude to a strategic partnership. The sports fashion line is to become a unique combination of Lifestyle and Performance Wear, with a functional claim and extraordinary puristic style.

You are a passionate dancer and are looking for shoes with a perfect fit that will make the dance floor glow? Whether inner center during yoga, workout with aerobics and freeletics or daily running training. At PUMA you will find outerwear that sits like a second skin, optimally regulates warmth and moisture and encourages you to perform at your best. And not only that - also on the street: the cat of prey sets athleisure trends, combines the best of functionality and athletics with bold designs and unmistakable, classic simplicity.

Whether sneakers, casual trousers or outerwear: The sports brand PUMA stands for Lifestyle. Not least because the traditional company has always been able to inspire popular style icons. Mega stars like Rihanna are under contract, also Selena Gomez or brand new supermodel and actress Cara Delevigne can be photographed in sports shoes, tops or jogging trousers. The current campaign "Do you", for which Delevigne advertises, is intended in particular to convey information to women: Share your passions, fears, stories and show strength!