The Nike Pegasus builds on grown experience without signs of age: The Nike Air Zoom Pegasus has been on the road for almost 40 years, adapting to the latest technologies from generation to generation. As a result, it still serves as an unbeatable all-round running shoe for almost every occasion. Thanks to innovative Nike technologies like React, Zoom and FlyWire.

The Nike Pegasus builds on grown experience without signs of age: The Nike Air Zoom Pegasus has been on the road for alm 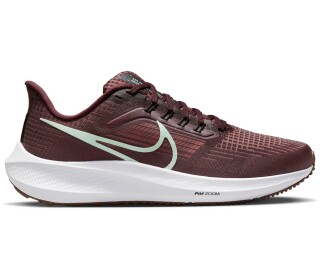 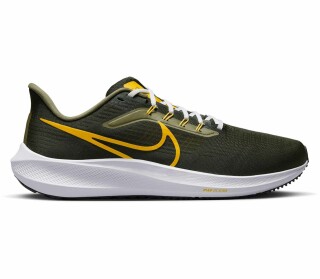 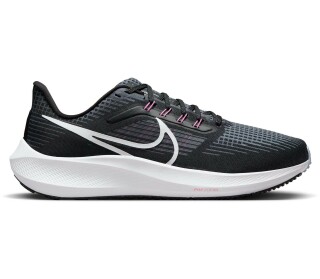 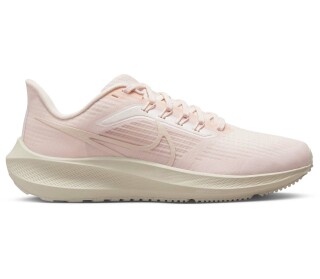 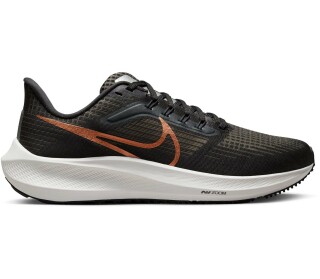 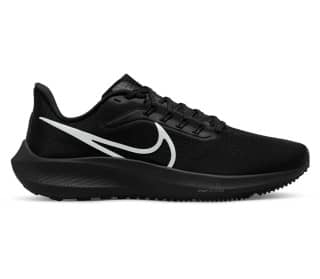 The history of the Nike Pegasus

When Nike introduced a new idea packaged in the Nike Pegasus, the new runner, in 1983, the itinerary had not yet finally spread before the fire. How could it? How could Nike have guessed that a then unique, heel-reduced Air cushion embedded in a minimalist silhouette would be the beginning of the best-selling running shoe series with Swoosh accompaniment?

It was, nonetheless. Yet Nike's only intention with the first Pegasus was to compete with the Saucony Jazz and the Puma Easy Rider while developing a runner for as broad a mass as possible. Even Bruce Kilgore, who designed the long legendary Nike Air Force 1, involved the brand in the process. Mark Parker, today Nike's CEO, was also intensively involved in the development process.

One maxim: price and performance should not drift too far apart. That made the Nike Air Zoom Pegasus accessible. Then there were evolutions, more Air cushioning, more striking colourways. At some point, the 90s were reached and the Nike Pegasus was still on the road and trails. In 1996, the visible Air cushion familiar from the Air Max - loved above all - was added. Too late. Because one year later Nike took the Pegasus out of the programme.

The Swoosh reoriented itself. Briefly. Because in the early 2000s, the Nike Pegasus returned. More striking accents created more attention until the Nike Pegasus 29 clearly scratched the surface of omnipresence at the 2012 Olympic Games. The upper was more breathable, lighter, the technology altogether more elaborate. In 2018, a full-length Zoom unit was finally added - and so the Nike Air Zoom Pegasus has accompanied some of the best runners on the planet on their runs for years.

For example, Eliud Kipchuge, the only person to ever run a marathon in under two hours, trains in the latest model of Nike's traditional runner. In the meantime, Nike has arrived at the Pegasus 38 and still provides a wide range of runners with innovative technology for intensive runs.

A responsive all-rounder for long and short runs, for after-work and competition; that's what the Nike Air Zoom Pegasus offers you in the latest versions of its best-selling runner. The brand has now widened the fit at the forefoot and offers you even more space under the breathable, comfortable and supportive mesh upper. The effect is enhanced by Nike's Flywire technology, which provides additional support. Cushioning and responsiveness is provided by a mix of Zoom Air cushioning and React technology.

Nike remains true to its approach of a runner for the masses with the current models in our Nike Pegasus Shop. Not only in terms of setup. The brand has also designed the shoe for both men and women and offers you a whole range of different colourways. Some are deliberately restrained, kept in muted colours. Others attract more attention with the help of intense tones.

The setup of the Nike Pegasus 38

Somewhere between forest trail and road, between marathon training and after-work run, you need cushioning and support, plus a comfortable upper. Nike combines all of this in the Air Zoom Pegasus running shoe:

All-rounder for all running occasions: the Nike Air Zoom Pegasus

Mass appeal is deeply in the DNA of the Nike Pegasus. Decades on the road won't change that. The shoe remains an all-rounder. So you use the Nike Air Zoom Pegasus for fast laps after work, maybe even for marathon training. Long runs. Fast runs. Half marathons. Everything is possible with the Nike Pegasus running shoes. The Nike Pegasus feels most at home on the road, but you can also run light forest trails with Nike's runners. The brand offers special versions for both women and men. In addition, there are different colourways. Intense colours and special editions with eye-catching designs.

In addition to the Pegasus, Nike offers other all-round runners for daily running on the street. In terms of tradition, however, the Nike Air Zoom Pegasus remains the flagship that doesn't have to cut any corners when it comes to technology. Of course, this is also reflected in our Nike Pegasus Shop, where you can choose between numerous Nike Air Zoom Pegasus running shoes online. Conveniently and with just a few clicks, we deliver the runner to your home.

For example, the Nike Pegasus FlyEase with intelligent quick lacing system. All Nike Air Zoom Pegasus models are available for both women and men. All of them are equipped with Nike's groundbreaking technologies. The many different colourways that we offer in the Nike Pegasus Store ensure that you will definitely find what you are looking for.