One step moves one person. A person moves a community. A community moves the world. For over 100 years, the New Balance brand has stood for one thing in particular: creating ideal conditions for movement. Whether professional or hobby athlete, New Balance products support you - on the tartan track, the road, the forest path. Because only those who begin to move can arrive. 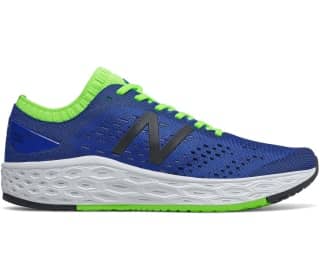 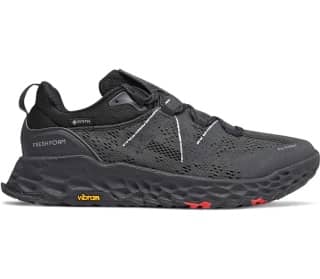 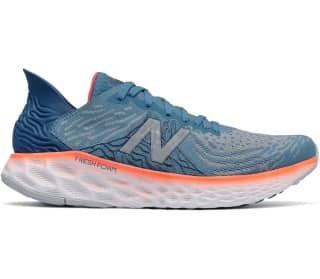 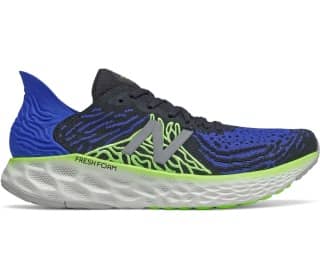 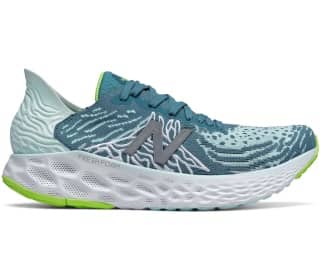 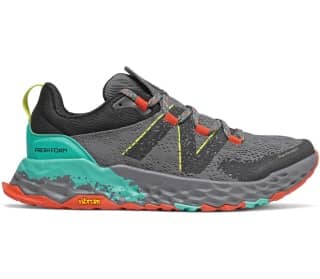 According to their motto "We were born to move", the Boston-based label New Balance has been operating since its founding in 1906. Despite its eventful history, the company has stuck to its convictions and established itself as an absolute global player in the sports scene over the past 100 years. Clothing and shoes produces New Balance exclusively in its own factories, which means that the brand meets the highest quality standards and its own requirements for first-class workmanship and functionality.

In the beginning were chickens. William Riley observed them on a farm in Boston in 1906: their tripartite feet, provided with a curvature, which gave them a particularly good balance. While observing, the workers from the city came into his head. How uncomfortable their shoes were, how much their feet had to suffer. Riley designed them an insole; one with three support points arranged into a triangle - just like the claws of the chicken. From then on the workers learned of a previously unknown balance. A New Balance.

Apparently limited to the patented inlays, Riley designed his first shoe 32 years later, in 1938. He made them out of kangaroo leather and gave them to a team of Boston runners, the Boston Brown Bag Harriers. Riley hired Arthur Hall, a salesman who specialized in selling New Balance insoles and shoes to people who had to stand a lot. New Marketing. With the Trackster, the company created a classic for the worldwide fitness industry, the first sports shoe ever to feature a wavy sole. The concept has been continuously developed over the last decades to offer sports shoes and sneakers for men and women with various uses and designs.

The final breakthrough as a sporting goods manufacturer came in 1960 when New Balance launched the Trackster. The shoe was no less than a revolution: it was the first running shoe with a ribbed sole - for better grip and more comfortable running. New Balance offered the Trackster in different widths. Each shoe was perfectly tailored to the customer. New Individualism. The legendary "N" as a logo on the brand's shoes first appeared on the New Balance 320 in 1976. From then on, the distinctive "N" was the symbol for the best shoes in quality, function and fit for every situation in life.

With the incipient fitness boom in the 1980s, New Balance succeeded in jumping onto the road. Their shoes knew no boundaries. Sports and lifestyle united. The iconic New Balance 574  (or ML574 for men and WL574 for women) was designed as a running shoe and became part of the zeitgeist as a sneaker. Artists wore the 574 just like models at fashion shows in Paris because of its classic retro design and extravagant color combinations. In 2018 the New Balance 574 celebrated its 30th birthday with the re-release of the classic grey Colorways.

Other well-known models of the US brand also became popular, well-known and successful thanks to prominent support. These included, for example, the New Balance 1500, which was regularly worn by former US President Bill Clinton on his laps. For New Balance this was the best advertising for their running shoe. New Balance also used this combination of New Balance and the President in 2012. For Barack Obama's election campaign, the brand developed its own New Balance 990 embroidered with the name of the President. New Balance is proud of its origins and one of the few brands still "Made in the USA". On various models you can also see this lettering on the tongue.

A successor to the New Balance 990, the 992, is gaining as much popularity with a well-known wearer who is making a name for himself in the public eye with the New Balance shoes. In his legendary presentations of the Apple brand's new developments, Steve Jobs always wears the same outfit, which thus became at least as legendary. A black sweatshirt, a 501 Levis jeans and grey suede New Balance 992. His presence in the media and publicity quickly turned the shoes into New Balance icons..

New Balance never stops. And as the street and the catwalk were conquered after the tartan track, it has been the soccer field for several years. The players of FC Liverpool wear New Balance jerseys. In them they reached and won the Champions League final in an inimitable way. Mohamed Salah developed into an international superstar. And then there is Jürgen Klopp, the coach of the Reds. He lets a kind of football play, which is based on never stopping, always being in motion. Klopp is also the face of the current campaign. Its name is "Declare your independence". The message: the "call for more individuality, self-confidence and courageous lateral thinking to get the best out of oneself".

New Balance supports athletes, men and women who need to retrieve highest performance every day. Likewise ambitious everyday sportsmen, who are striving for a new personal best, who want to create their first 5k run or simply want to acquire an active lifestyle. New Balance running shoes and apparel give you style and function. All you have to do is run. Which running event would fit better to the saying "Never stop" than a marathon? For several years, New Balance has been the official sponsor of the TCS New York City Marathon. The running event is one of the biggest of its kind and thousands of runners want to register every year. New Balance is equipping these men and women with their own collection in the classic colours of the American flag, red, white and blue. The NYC Marathon is part of the World Marathon Majors together with the marathons in Boston, Chicago, London and Berlin.

Since 1941, New Balance has also been manufacturing shoes and clothing for other sports such as baseball and tennis. In tennis, the brand attracted great attention at the legendary Wimbledon tournament in 2019, thanks to the inconspicuous name of a 15-year-old teenager, Cori Gauff. The young tennis player received a wildcard for the Wimbledon qualifying tournament. With an impressive march through, the New Balance athlete became a little later the youngest player in Open history to reach the main draw after qualifying. With further very strong appearances and an incredible mental strength she reached the round of sixteen. Only there did she fail against the later Wimbledon winner Simona Halep.

Hall, Asphalt or Trail? Adapt your shoes to the situation and your sporting needs, and our selection of New Balance articles in the shop of Keller Sports will help you with many. Fashionably and functionally coordinated, the right sportswear will bring more joy into your active lifestyle. Find your matching New Balance Running Shoes and put together your favourite outfit for running, fitness or tennis! Besides the three sports you can also find in our New Balance Shop different Sneaker, among them the above mentioned WL574 for ladies and ML574 for men.