The Italian brand La Sportiva could be described as an old hand in the mountain sports scene. Specialising in all kinds of mountain footwear, the manufacturer has been making high-quality, innovative products, highly regarded by professional athletes, for almost 90 years. If you're looking for a durable, long-lasting shoe, which will hold true in extreme situations, then you've hit the nail on the head with La Sportiva. Find the right shoe to fulfil your ambitions at Keller Sports!

The Italian brand La Sportiva could be described as an old hand in the mountain sports scene. Specialising in all kinds 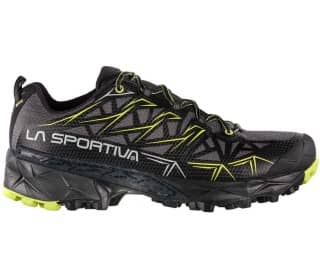 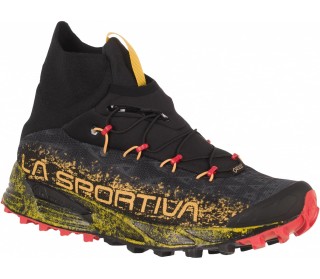 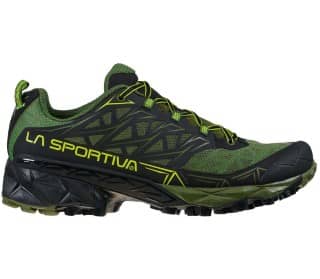 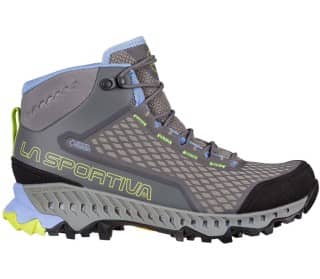 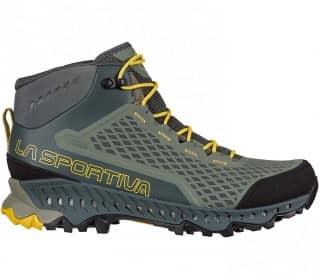 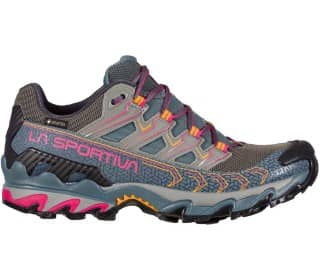 LA SPORTIVA STORE: IN THE BEGINNING WAS THE SHOE

What began with a little shoemaking facility at the foot of the Dolomites is now a worldwide operating and producing company. In 1928 Narciso Delladio found his business, which is now run by his family in the fourth generation. In the beginning Delladio produced shoes for the land and forestry farmers located in Fassa and Fleimstal. Steep slopes, high mountains, a harsh climate - the shoes have to withstand all these demands. And nothing has changed to this day.

After the Second World War, Delladio early recognized the potential and market for sports mountain boots. To make this clear to the customer and to distinguish himself from other shoe makers, he named his company "La Calzoleria Sportiva", the sporty shoe workshop. After some time the Calzoleria fell out and the current company name La Sportiva is born. Delladio's skills as a shoemaker soon became known far beyond the narrow valley borders and the supra-regional rise of his company, which was always driven by entrepreneurial spirit and innovation, began.

When skiing became more and more popular in the 50s, La Sportiva started to produce ski boots, but in the 70s, when plastic began to dominate this market, he returned to Shoes for mountaineers. Over the decades, La Sportiva has continued to develop its products and range in line with the company motto: Innovation by passion. It is often in the details such as the lacing system or a new sole construction that make the products the decisive tick better. The Italians thus set standards with their products and developments from La Sportiva revolutionise the mountain sports industry.

In the 80s, for example, the family business played a decisive role in the development of the modern climbing shoe, as we see it today in the climbing halls and on the rocks of the world. The company from Trentino is thus developing into one of the leading mountain sports brands, especially in the areas of climbing and mountaineering. Since the 2000s, the product range has expanded noticeably. Also Touring skis, ski touring boots, trail running boots and clothing for all outdoor activities now carry the logo with the summit and the sun. And they too are peppered with the latest technologies: both those developed by La Sportiva itself and partner technologies.

Current technologies can also be found in the Trailrunning and hiking boots from La Sportiva in the Keller Sports portfolio. The Impact Break System, for example, is a special arrangement of pimples on the sole. This ensures optimum cushioning and high functionality when uphill and downhill running or on wet paths. For all hikers, the 3-D flex system offers the greatest possible sole contact and thus guarantees optimum grip. These and many more shoes can be found in the La Sportiva Sale at Keller Sports.

AND THE OSCAR GOES TO?

That La Sportiva does a lot right is shown not only by the annual turnover of over 100 million Euro and numerous awards (e.g. ISPO Awards, Outdoor Industry Awards). No, even the professionals who use La Sportiva products can be proud. Among others, the current world's best climber Adam Ondra - he was the first to climb the "Silence", currently the most heavily rated climbing route in the world - as well as the newly crowned Oscar winner Alex Honnold are among the La Sportiva athletes. The film about his free solo ascent of the "Freerider" route on El Capitan was awarded best documentary film in 2019.

The mountains are always at the centre of La Sportiva's offerings, not only in the development of new top products, but also in their production. To preserve nature is a central concern of the outdoor manufacturer. La Sportiva is therefore committed to resource-saving production, participates in the PFC Free programme and reuses 50 percent of its production waste. La Sportiva is a company with an integrated management system, certified according to DNV: ISO 9001/2000 and ISO 14001. In addition, some products are Bluesign-certified.