With the idea of integrating elements from the high fashion industry into the creation of sportswear, Johan Lindeberg laid the foundation for the success story of his fashion label of the same name in 1996. To this day, the Swedish brand stands for winter sports, golf, training and cycling products that meet the demands of fashion-conscious athletes without being limited in their functionality.

With the idea of integrating elements from the high fashion industry into the creation of sportswear, Johan Lindeberg la 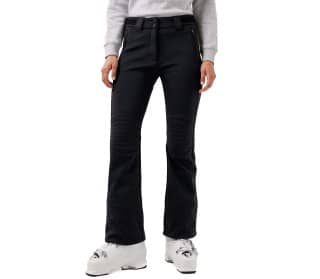 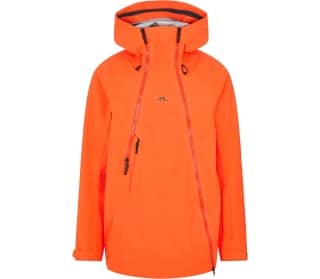 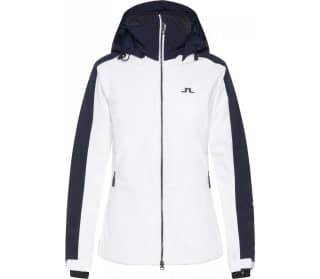 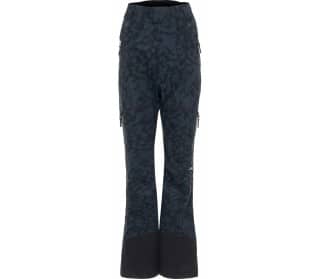 THE AVANT-GARDE OF SPORTS FASHION

Johan Lindeberg still contributes his original intention as Creative Director to the development of his brand's garments today. J.Lindeberg sportswear is now one of the world's most exclusive products for the piste, golf course, gym and mountain. Johan Lindeberg was already active in the fashion industry before founding his company and was therefore very familiar with the requirements of the industry. With his own brand, he wanted to implement his creative ideas and create his own identity between fashion and sport. From the very beginning the Swedish designs have been simple, classic and straightforward - and always with an athletic touch.

For the colour nuances, cuts and fits, Lindeberg is oriented among other things to the revolutionary creations of the French fashion designer Hedi Slimane, who introduced tight-fitting trousers, shirts and jackets into the fashion world. For example, ski pants, jackets and functional shirts from J.Lindeberg underline the figure. In addition to the collections for various sports, the label also creates fashion for everyday life, such as jeans, shoes and accessories. The founder had already opened his first two stores in Stockholm (J.Lindeberg Flagship Store) and New York at the same time.

The Swedish brand's design concept is based on lifestyle influences. The presentation of the first collection at the New York Fashion Week in 1997 already showed the fashionable intuition. Since Lindeberg himself was an active sportsman and very interested in professional competitions, he was also inspired by athletic influences and created the first sportswear to incorporate elements of the high fashion industry. This approach is significant, because many creators of sports fashion do exactly the opposite: Former top athletes often design clothing from the point of view of functionality. This is also true of Lindeberg products.

The products are as functional as their use requires. Ski jackets and ski pants are convincing with their high weather resistance, warming insulation and protective reflectors. The respective materials are tested for robustness and processed into sporty-agile fits. Functional details ensure individually adjustable wearing comfort and reliable protection on the mountain, on the running track and in the gym. Cycling clothing is also created under the motto "Fashion meets Function", as the eye-catching graphic prints on breathable, moisture-conducting and elastic material prove.

Numerous awards for design and function show that the label has continued to develop successfully since it was founded and is always convincing with innovative innovations. The first award was "Designer of the Year" by the Swedish Elle in 1999. This was followed by the "Guldknappen" in 2000, shortly after which the company expanded to Los Angeles, Tokyo and Yokohama.

In 2002 there were already 500 branches worldwide. Celebrities already wore Lindeberg fashion in the early 2000s, including singer Bono from U2, Justin Timberlake, Brad Pitt, Ashton Kutcher, Jane's Addiction and The Killers. The renowned Swedish freestyle skier Jon Olsson could be won as an advertising medium for the J.Lindeberg ski clothing. Because of this collection the fashion label received an award as "Newcomer of the Year" at the German ISPO fair. In 2012 J.Lindeberg was voted "best new menswear designer" by GQ Magazine.