Hestra, the name of the Swedish town also stands for one of the most important glove manufacturers with over 80 years of experience and expertise in the field of ski gloves. The family-run company, now in its third and fourth generation, places high demands on its weatherproof gloves for men and women, which it successfully sells to winter sports enthusiasts and professional athletes from all over the world. You can expect durability, reliable protection from the elements and sustainable production from your pair of Hestra gloves, as well as first-class grip and a high-quality look with fine details.

Hestra, the name of the Swedish town also stands for one of the most important glove manufacturers with over 80 years of 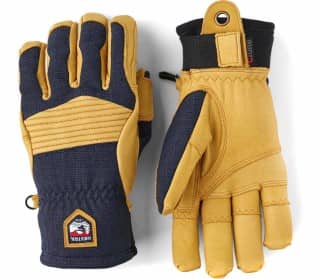 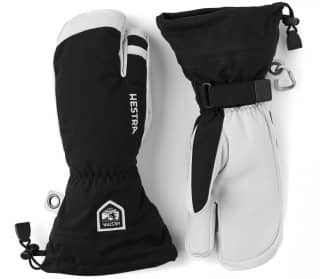 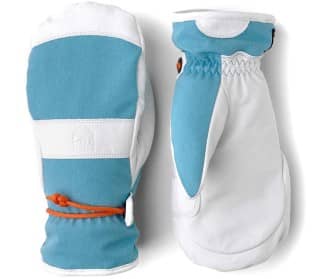 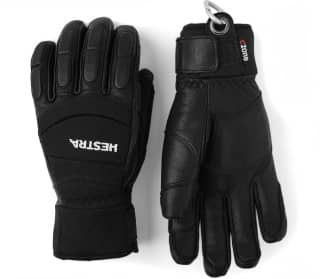 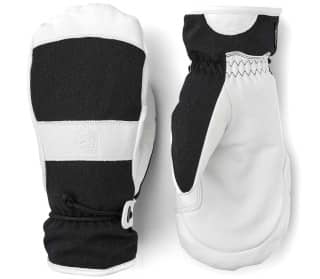 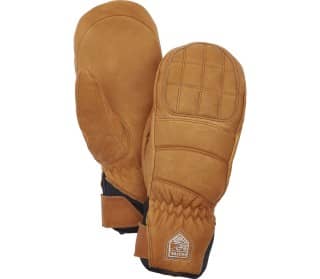 Among winter sports enthusiasts, Hestra is considered a true authority when it comes to skiing and winter accessories. The clean design and exceptional workmanship of the ski gloves for men and women are trademarks of the products of the Swedish family business around the Magnusson family. The success story began with Martin Magnusson in 1936 with the founding of his company Martin Magnusson & Co. Initially, it was his robust work gloves, which were tailored to the needs of the lumberjacks around the Swedish village of Hestra, with which Magnusson made a name for himself. Just one year later, in 1937, Hestra's founding father saw new marketing opportunities for his gloves when a ski slope opened in Hestra. With the support of his two sons Lars-Olof and Göte, both passionate skiers, the range of ski gloves was steadily developed.

The Swedes' love of skiing grew over the decades and with it the demand for the warm, protective gloves made by Magnusson. In homage to the brand's place of origin, the company renamed itself Hestra and has since established itself worldwide as one of the top specialists in the field of gloves for leisure and professional sports. More than 400 models belong to the Hestra portfolio. Some models for the highest demands are still made by hand and the success is unbroken with over 2 million gloves produced in 2015. And the production of the perfect gloves for ice and snow is still a family affair: the grandchildren and great-grandchildren of the founder have become part of the company and vouch for the high quality standards with their name. A total of over 50 employees work at Hestra's headquarters in Sweden, and there are dealers and resellers of the brand in over 30 countries worldwide. The USA, Japan and the winter sports nations of the Alpine region are the main sales markets for the durable gloves, along with Scandinavia.

CLASSICS WITH COLD RESISTANCE - THE RIGHT MODEL FOR EVERY STYLE

Tradition is written in capital letters at Hestra. That is why the design studio is located directly in the Swedish Hestra itself. In order to maintain transparency over the materials used and processed, they are all purchased by the Hestra team itself. The high quality standards of the leather, wool and all other materials used in the production can thus be guaranteed and constantly controlled. The models, which are still made by hand, come from the most experienced glove makers in Europe. Finger gloves, mittens or ski gloves for professionals - Hestra offers over 400 models in total.

Whether race, piste or freeride - everyone will find the right style for their needs and, thanks to the sophisticated designs, a second or third favourite model. The Hestra Wakayama, a retro-inspired 5-finger glove classic made of impregnated cowhide, is known worldwide. The natural product leather as the primary processed upper material makes each glove unique due to the different grain and tanning. Features such as Thermolite® insulation or the impregnated finish make the gloves waterproof. Well thought-out details, such as neoprene cuffs and elastic ribbed cuffs, guarantee a stable fit so that no heat escapes. It is these fine details that have made Hestra's name as a premium glove manufacturer with models such as the Alpine Pro gloves for mountain guides or freeriders.

Many athletes are on the move for Hestra in both the freeride and race sectors. As the outfitter of the Swedish national ski team and the Norwegian national team, the company therefore obtains know-how, inspiration and ideas for its collections first-hand from the professionals. A special Pro Ride model is named after the Swedish freeski pro Henrik Windstedt, which is characterised by its refined finger guidance incorporated into the mitten and elegant details.

THINKING OF TOMORROW TODAY: HESTRA AND THE IDEA OF SUSTAINABILITY

Hestra strives to offer its customers sustainably produced products that will last for a long time. The fact that the production of the gloves has always been in the hands of the family and that the Magnusson family has the gloves manufactured in their own factories and production facilities contributes to optimal control over the individual manufacturing steps and the raw materials used. As a manufacturer with globally valid and recognised ISO 14001 certification, the Swedish company sets an example in terms of the environment and sustainability. Careful maintenance of your pair of Hestra ski gloves by regularly greasing the leather or using silicone-free waterproofing sprays for your gloves with GORE-TEX equipment can play a significant role in ensuring that you enjoy your gloves for a long time.