Menu Search
The voucher code has been copied to the clipboard.
2250

Kilometre after kilometre you want to walk, see trees, streams, house facades passing by. Your body should feel good, your clothes should accompany every movement pleasantly. And then there's the head. If you meet other runners or walkers, the look and feel should be right. DOXA knows this and therefore fuses fashion and function. Streetstyle-suspicious designs meet pleasant fits and high-tech fabrics. This is how the Danish brand thinks about the feeling of running well right up to the finish line. 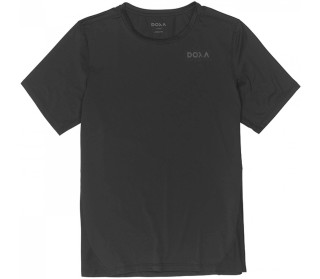 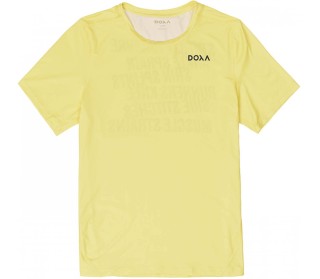 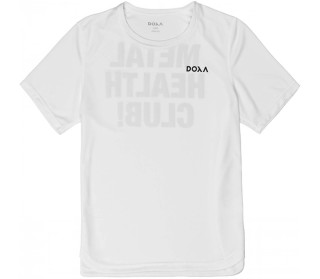 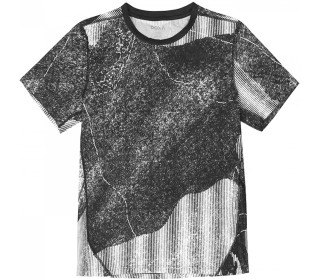 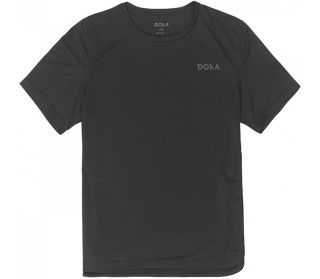 DOXA - WHEN FASHION AND SPORT MERGE

John Hansen didn't need much to get to school. Next to his legs, his mother was enough. She cycled next to her son in order to be able to deter any slightly aggressive Danish country dogs. So John could concentrate on what he liked to do. He ran until he had reached school, taking the first steps, so to speak, in the direction he would take decades later. However, John Hansen had previously climbed the alternating bath. The run was followed by the design, the run followed by the design. The Dane found his place in the fashion industry, and at the same time his passion for running intensified.

It cleared the mind, brought inspiration. A profitable give-and-take, which Hansen further intensified with the founding of DOXA in 2015. He now wanted to bring his fashion background into the middle of the running scene, combine function with street style, create athleisure in its purest form. According to John Hansen, DOXA should combine articles, running and lifestyle, ensuring that you are always well equipped and at the same time look great. Both on the trail and afterwards on the way towards refreshment in the city.

Nothing happens at DOXA without looking at the look and design. However, the Danish fire is not only about the beautiful shell. On the contrary. Without function no relaxed run. DOXA also knows that. So Brand develops fabrics and cuts that optimally fit the requirements of runners - no matter what the conditions. Feel good and attract positive attention. That's what DOXA is about. That's why the fire bears its name. The combination of eye-catching letters and different shapes allows John Hansen and his design team to create a variety of prints to let off steam creatively.

In addition, DOXA focuses on sustainability and therefore presented its "RUN | RECYCLE | REPEAT" collection at the beginning of 2019. Their polyester fabrics consist of 40 percent recycled fabric. The quality? Remains intact. In terms of durability and functionality, recycled polyester is in no way inferior to its newly produced counterpart. On the other hand, it significantly reduces the impact on the environment and reduces the required CO2 emissions by 75 percent. A central concern for DOXA.

The fabrics for DOXA products are sourced from Italy; also the recycled ones. This guarantees quality, function, breathability, fast drying. At the same time DOXA articles keep the weight low, which in turn supports your run. And then there's the fit. As a runner John Hansen knows how important it is to wear comfortable running clothes, especially on long distances. The brand tailors its apparel accordingly. If the optics remained; and it doesn't even think of sport. The fashion idea dominates.

He stands behind every single design idea, creating the prints and patterns of every DOXA style. After all, people also wanted to "feel elegant while running," says John Hansen. The first hurdle would be cleared - and the second you can master with the help of Keller Sports. Because in the DOXA Shop you can get DOXA online, choose the right shirt for your running shorts, the training jacket, the matching, highly functional running top or the long trousers for cooler days. Always included: Athleisure made in Scandinavia.

From runners for runners - and yet no exclusive relationship. Because as good as DOXA articles are on the road, the trail, the circuit, that alone is not their claim. From the beginning, John Hansen's idea was to design his styles in such a way that they would work in everyday life as well as in sports. To the run you wear your DOXA-Shirt. Jeans? It fits, too. DOXA products consciously move away from the sports look without neglecting the sports aspect. So you still look good on the bus if a too intense rain shower suddenly stops your run or tweaks your calf unexpectedly. Optically and functionally always optimally prepared. That's exactly what you get when you hit the DOXA Shop.

In Ngong Hills near Nairobi the Swedish NGO Global Relations founded the Kenswed Academy together with the Kenyan marathon runner Isaac Macharia. It should help people from difficult circumstances to find their way out of the slums towards a better life. They receive education, learn together and build relationships with their peers - and they run. This is also part of the program and provides DOXA with a lever to make its own contribution to better cooperation. So the brand equips the students of the academy with their equipment and gives them high-quality apparel for their runs.